{Baghdad: Al-Furat News} The member of the Commission on Integrity Parliamentary, Khalid al-Geshmi, the administration of the Central Bank of Iraq, billions of dinars.
Al-Geshmi told the {Euphrates News}, on Tuesday, that the dumping of stores or others is borne by the Central Bank and its administration for not taking precautionary measures and protection, but what may be interceded to them a little is the lack of controls and security precautions with the narrowness of their structure may not be enough for this large number of employees and the large funds , but nevertheless, the central bank and his administration bear this imbalance and there are legal accountabilities for anyone who is falling short and will take appropriate right action. ”

he added that” in the next parliament session will discuss other topics on the Central Bank, will be completed next week , hosting, discussion , and we will listen to the answers yet N we receive the data requested by the House of Representatives from the Central Bank. “

“The important point in the Central Bank is that it is still governed by the authority of the occupation in 2004 and so far despite successive parliaments, where the law of the Central Bank has not been enacted and how to manage it and other details.”

“We look forward at this session to enact this law until the bank is managed by a law known under the context of Iraqi legislation, and we hope to complete this law and the bank is more vital and effective and governed by a clear law.”

The governor of the Central Bank of Iraq agency, Ali Alaak, said during a meeting hosted by the House of Representatives, on Monday in response to a question on the causes of corruption of 12 billion dinars, “The damage was before taking office when the coffers of Rafidain Bank to sink because of heavy rains in 2012 And caused damage to banknotes after the arrival of water to the stores. “
Al-Alaq explained that “the Central Bank is replacing currencies when exposed to any damage was also imposed a certain fine on the management of Rafidain Bank, which was reduced after considering what was spent and fate, especially that these securities outside the age of time.
He pointed out that “the central bank lost the cost of printing banknotes and it does not represent much, knowing that the amount was up to 7 billion dinars and a value much less than that and we regret an international certificate of cash management.”
And postponed the House of Representatives held its meeting and the completion of hosting the Governor of the Central Bank in a meeting on Tuesday of next week

UNAMI welcomes the return of # Iraq , the Kuwaiti property found to Kuwait 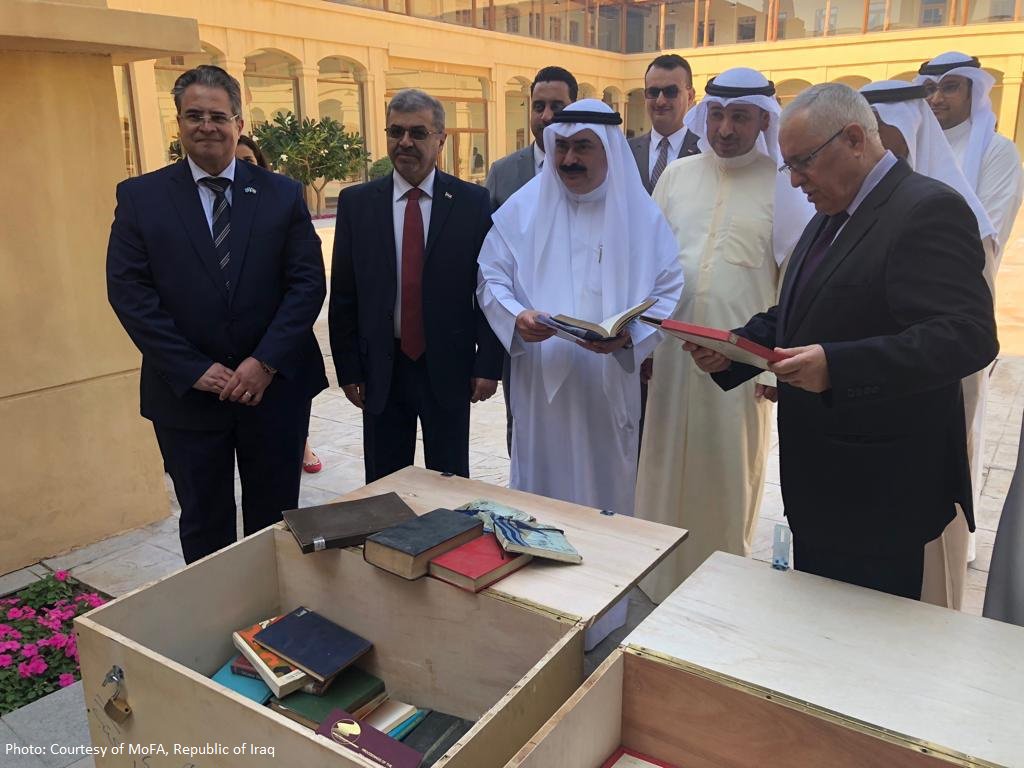 #UNSC live from 10AM: http://webtv.un.org  Security Council members meet to discuss the situation in Iraq and @UNIraq.

This is the first briefing on Iraq since the conclusion of the electoral process and formation of the new government in 2018. 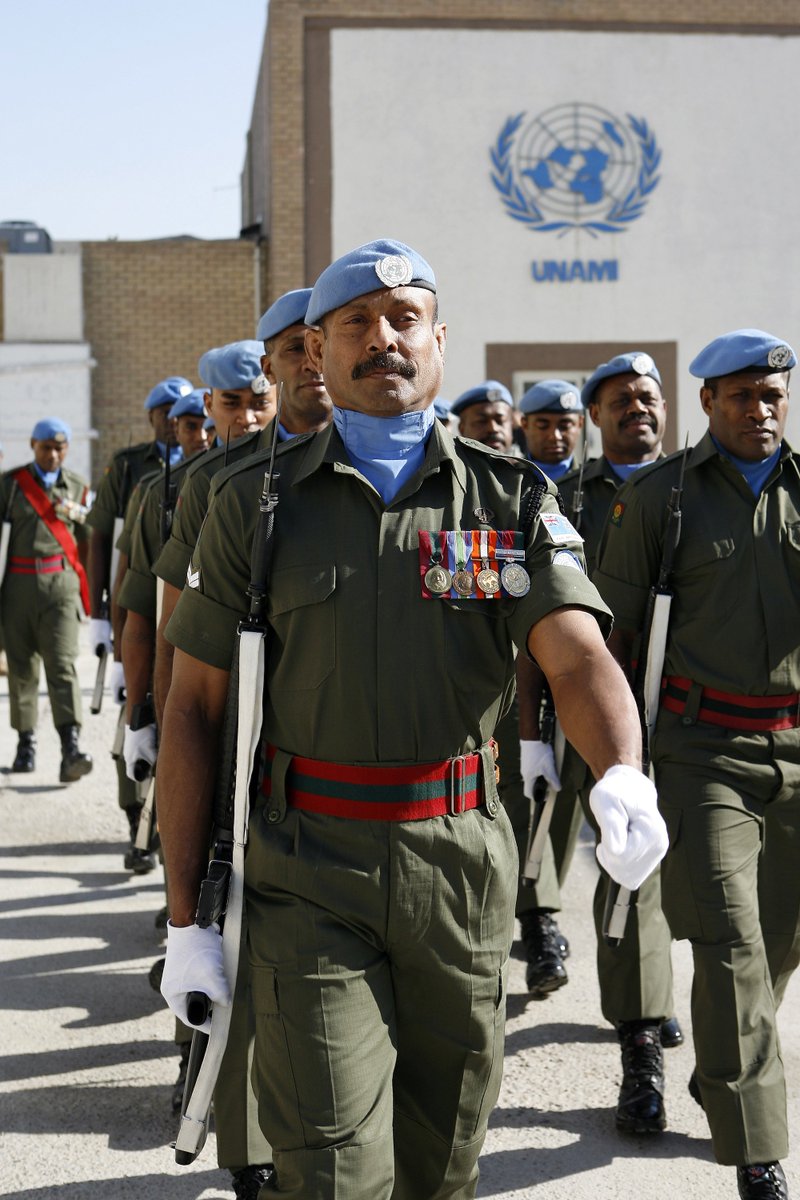 Today, SRSG and head of UN Assistance Mission for Iraq, Ján Kubiš, will brief UNSC on the latest Secretary-General’s report on #UNAMI and the most recent developments in #Iraq. Webcast: http://webtv.un.org  at 10:00 EST; 6:00 PM #Baghdad Reports: https://bit.ly/1NNiBcB 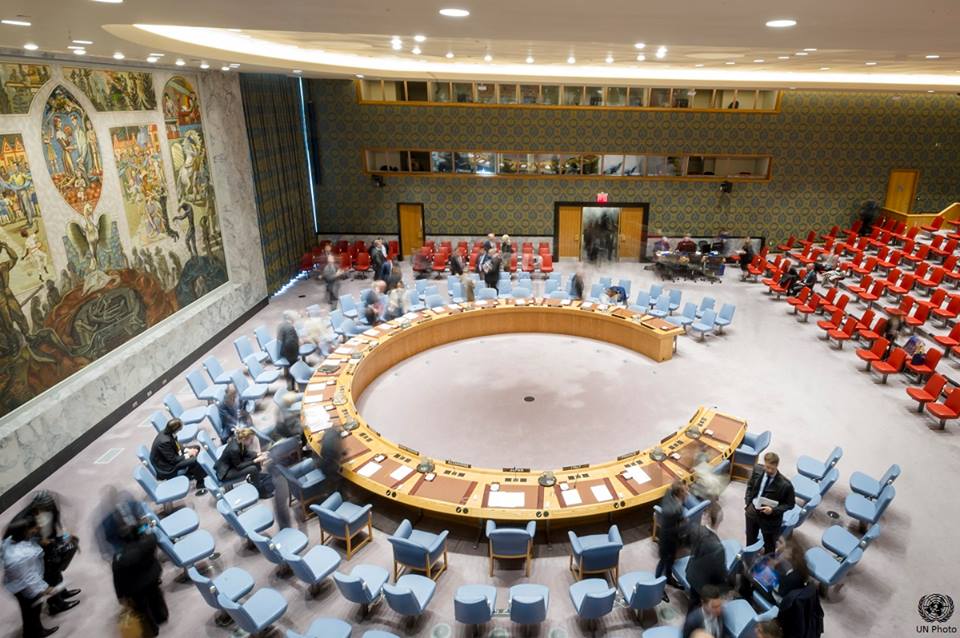 The United Nations Assistance Mission for Iraq (UNAMI) on Tuesday welcomed the return of a shipment of Kuwaiti property found to the Kuwaiti authorities in a handover in Kuwait City today, which was attended by the United Nations as an observer.

“This is a positive and encouraging step taken by the Iraqi authorities in compliance with UN Security Council Resolution 2107 (2013),” Deputy Secretary-General of the United Nations Secretary-General for Iraq Alis Wolboul said in a statement to Asharq Al-Awsat that it shows the two countries’ resolve to further promote bilateral relations and the status of bitter heritage Invasion and violence behind them and to show the best of good-neighborly relations. “

Preparations for the transfer of Kuwaiti books and other materials took more than a year.

UNAMI and Iraq and Kuwait participated as observers to facilitate efforts to resolve outstanding issues.

“While UNAMI applauds Iraq’s move on the lost property portfolio and its commitment to resolve all outstanding outstanding issues with Kuwait, the mission acknowledges that the search for the priceless Kuwaiti national archives should continue.”

The Deputy Special Representative said that “despite the strong support shown by Kuwait and the commitment shown by Iraq to international and humanitarian obligations, the full normalization of relations will be achieved only after the resolution of all outstanding issues.”

The Reserve Bank of Iraq has reached $ 61 billion at the moment with $ 15 billion of debt owed to the government.

The Information Office of the House of Representatives said in a statement, that the Council discussed in its meeting, held on Monday, monetary policy in the presence of the Governor of the Central Bank of Iraq Ali Alalak ‘.

The statement pointed out that the relations explained that ‘the reserve of the Central Bank of Iraq is different from the government reserves’, indicating’ the government’s reserve is due to the surplus achieved by the Ministry of Finance, which happened in the years before 2012, where the reserve reached in 2012 to about 20 billion dollars decreased after Deficit to small amounts’.

He added that ‘the bank reserve is higher than the previous, reaching in 2014 about 66 billion dollars, while the current reserve is about 61 billion dollars, as well as the existence of $ 15 billion debt to the central bank on the government to finance the budget deficit’.

The statement pointed out that ‘the bank has bought treasury remittances and financial bonds from the market, especially that the oil revenues did not exceed the net about $ 2.5 billion per month, while salaries 4 billion per month, which could lead to the collapse of the economic situation, which imposed the intervention of the Central Bank’, noting that ‘adequacy The reserve in Iraq according to international standards is currently 169% and is expected to reach two months after about 180% and the volume of the Iraqi currency traded in the market amounted to 43 trillion dinars.