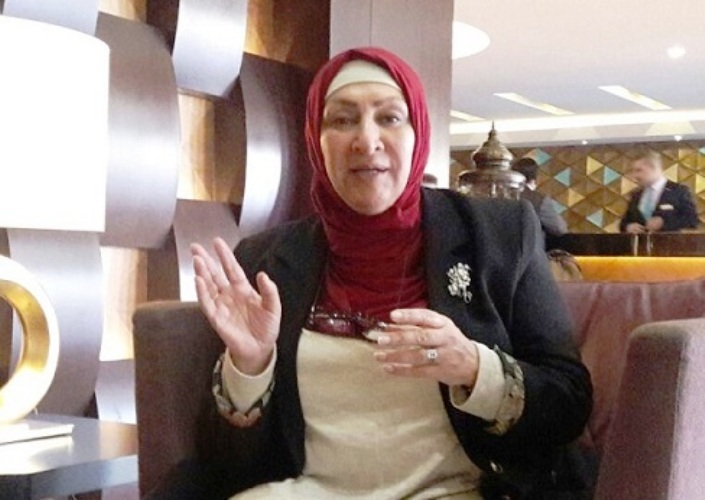 BAGHDAD (
Reuters) – Economist Dr. Salam Smisem called for a quick stance to give reassuring signals to the public that the Federal Reserve’s decision to raise the interest rate by a quarter percentage point would leave its impact on the world’s economies.
Smsem, a member of a successful economic development initiative, said Iraq should “take a quick stance, especially as it invests in US Treasury bills.”
“The Iraqi Central Bank demands a quick position that gives reassuring signals to the street.”
“In light of the repercussions of the recent steps of the US Federal Reserve to raise interest rates between two and 2.25 percent, and the global economic repercussions that result from it. It is known that Iraq is the fourth largest country of the world invested in US Treasury bills, the Central Bank of Iraq must issue a statement Urgent clarifies the steps that will follow the monetary policy in Iraq on interest rates and related to this decision. ”
The Federal Reserve later raised the benchmark overnight lending rate by a quarter percentage point to a range of two to 2.25 percent.
Gold prices fell immediately on Wednesday as the dollar rose ahead of the Federal Reserve’s monetary policy meeting, which was later announced after the futures contract was settled.
Gold is sensitive to higher interest rates because it strengthens the dollar, which makes gold more expensive for its buyers than other currency holders. It also raises the yield on US bonds, which reduces the attractiveness of unearned gold to yield.
The central bank said it would discuss Thursday the impact of the Federal Reserve’s decision to raise interest rates. The central bank said it would raise interest rates by 25 basis points.
The Central Bank of Saudi Arabia and the Central Bank of UAE also decided to raise interest rates by 25 basis points after the decision of the Federal Reserve.
Ended
m h n

The head of the Nub Muhammad al-Halbusi, on Thursday, arrived in Baghdad.

Al-Halbusi’s office said in a statement received by Baghdad today that the latter “arrived in Baghdad after concluding his official visit to Kuwait.” 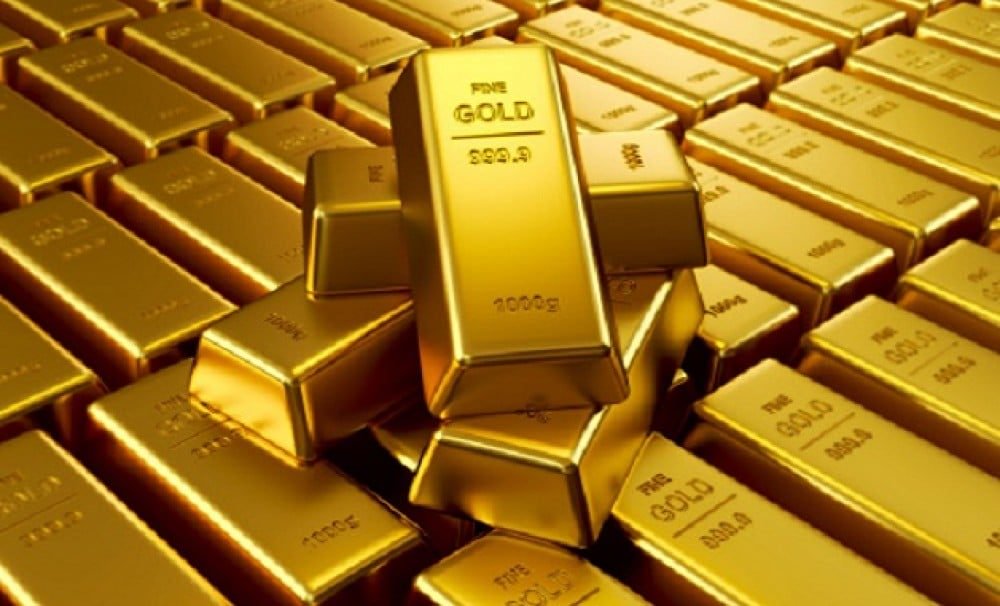 Gold prices fell Wednesday as the dollar rose ahead of the Federal Reserve’s monetary policy meeting, which was later announced after the futures contract was settled.
Gold is sensitive to higher interest rates because it strengthens the dollar, which makes gold more expensive for its buyers than other currency holders. It also raises the yield on US bonds, which reduces the attractiveness of unearned gold to yield.
The Federal Reserve later raised the benchmark overnight lending rate by a quarter percentage point to a range of two to 2.25 percent.
At 1733 GMT, gold was down 0.5 percent in spot trade at $ 1194.51 an ounce, while the dollar was slightly higher against a major basket of currencies.
The yellow metal in the settlement of US contracts for delivery in December fell $ 6, or 0.5 percent, to $ 1199.10 an ounce.
Among other precious metals, silver fell 0.4 percent to $ 14.36 an ounce after hitting a three-week high on Tuesday.
At the same time, platinum fell 0.2 percent to $ 821.24 an ounce, while palladium rose 0.6 percent to $ 1,067.10 an ounce after earlier hitting an eight-month high of $ 1,070 an ounce.
Ended
m h n 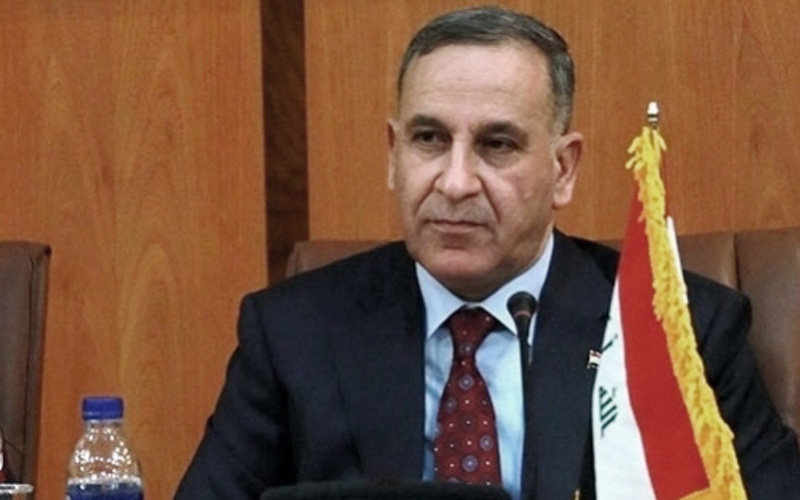 Al-Hakim’s office said in a statement received by Mawazin News, “The meeting of the General Assembly of the Alliance for Reform and Reconstruction began in the presence of the head of the wisdom movement Ammar al-Hakin and a number of coalition leaders, including Nassar al-Rubaie, Saleh al-Mutlaq, Raed Fahmi and Salim al-Jubouri.
The statement added that “the agenda of the meeting included the definition of the General Assembly and decisions of the meeting of the leadership, in addition to reviewing the general political situation and the path of forming the government, as well as the organization of the relationship between the blocks of the coalition within parliament, and the mechanism of the work of the Presidency of the parliamentary blocs.
Ended
m h n

Iraq News Now
22:50
Baghdad / Al-Ghad Press:
The head of a coalition of state law, Nuri al-Maliki, on Wednesday, Barham Saleh, to discuss the candidacy for the post of President of the Republic.

“The latter received in his office this evening a delegation of the Patriotic Union of Kurdistan headed by Dr. Barham Saleh, and during the meeting deliberation on various national issues, most notably resolving the candidate for the post of President of the Republic and move towards forming a government Coming “.

Maliki said according to the statement to “the need to unify the Kurdish position by agreement on one candidate for the presidency of the Republic and abide by the rules and constitutional times.”

He called for “speeding up the formation of the Iraqi government and concerted efforts to develop services and the reconstruction of all provinces and meet the demands of the Iraqi people.”

(Baghdad: al-Furat News) MP for the coalition of construction Haitham Jubouri, the acceptability of the candidate, “Barham Saleh” for the post of President of the Republic, while revealing the semi-resolve candidate prime minister.
“Each stage has its own circumstances, and we have indications of Fuad Masum in the administration of the file of national reconciliation and its position on the referendum of the separation of Kurdistan region,” Jubouri told the program of the confrontation.
“We need an economic mentality, reconciliation and implementation experience, which is available in the person of Barham Saleh, and he has good relations and we do not detract from the rest of the candidates, but he has the admissibility of the building alliance deputies,” he said, To resolve the position of the candidate for the presidency of the Republic. ”
He pointed out that “Barham Saleh has acceptability in Baghdad and there is a clear picture in dealing with him and everyone does not want to lose the Patriotic Union of Kurdistan,” noting that “
“The insistence on the presidency reflects the state of regret from the Democratic Party in holding the referendum and implicit recognition of this error.”
“Today’s alliances are a healthy start for the political process and today there is political competition for the three presidencies. Many of the deputies today do not wait for the opinion of the leader or the head of the bloc. They have more freedom of decision and the evidence of that is the elections of Speaker of the House of Representatives Mohamed Halboussi.” Republic in the first round “.
Al-Jubouri said that “there is consensus of the majority of blocs and a solution to the candidate for prime minister between the coalition of construction and reform and reconstruction, and we have 3 weeks to resolve the candidate,” hoping that “there will be agreement on the government program.”
http://alforatnews.com/modules/news/article.php?storytopic=36&storyid=175723

(Baghdad: Al-Furat News) The official spokesman for the current national wisdom, Nofal Abu Raghef, resorted to the political forces, including the alliance of reform and reconstruction, to agree on the selection of a candidate for the presidency, if the Kurdish parties do not resolve their candidate.
“The meeting of the Coalition for Reform and Reconstruction today is the first meeting of the largest parliamentary coalition after the 2018 elections,” Abu Ragheef told AFP. “The meeting will discuss the institutionalization of reform and reconstruction.
He added that “the meeting room today in the office of Mr. Ammar al-Hakim, packed with the presence of all the parties and forces and coalitions under the reform alliance,” pointing out that “the important thing today that we put the pace on the right track today and we will touch on the study of the curriculum to be spent by the coalition of reform and reconstruction.”
Abu Raghef said “
He explained that “things seek to resolve the President of the Republic and the ministers in one basket and we in the Alliance of reform stand at a distance of one of all candidates for the post and remains subject to the Kurds and if we have to choose the presidential candidate will be in accordance with the other coalition to reach a unified vision.”
He pointed out that “the candidate for prime minister, [Adel Abdul Mahdi] is the most common name among the candidates.”
http://alforatnews.com/modules/news/article.php?storytopic=36&storyid=175714 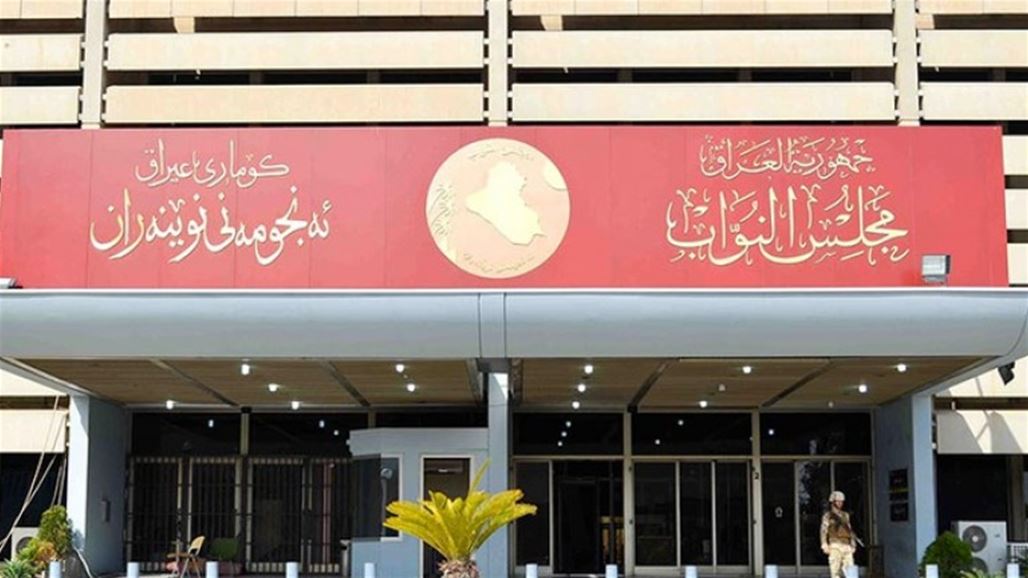