BAGHDAD – The Kurdistan Democratic Party (KDP), led by Massoud Barzani, is working hard to ensure that his candidate for the post of President of the Republic of Iraq has sufficient support in the Shiite political circles, while the uncertainty continues about the candidate for prime minister in the new cab.

Barzani, the son of his brother, the head of the Kurdistan Regional Government, Najran Barzani, was sent to Baghdad and then Najaf to meet religious and political leaders, hoping to gain support for Fadhil Mirrani, candidate of the Kurdistan Democratic Party for the post of president.

It was not clear whether Barzani achieved his goals of this tour, in light of the great enthusiasm shown by the Shiite political circles to nominate Barham Saleh for the post of President of the Republic, contrary to the desire of the Kurdistan Democratic Party.

Saleh returned to the ranks of the Patriotic Union of Kurdistan, which was founded and headed for years by the late Iraqi President Jalal Talabani, after a split due to differences over the alliance with the Barzani party.

Talabani’s party stipulated Barham Saleh, the withdrawal from the coalition of democracy and justice, which he heads in the city of Sulaymaniyah, and return to the National Union for his candidacy for the post of President of the Republic, replacing Fuad Masum.

But the Barzani Party says that the presidency is within the entitlement to elections in this session, after what remained during the last three sessions of the National Union, which denies the latter.

Najibran Barzani’s visit to Baghdad did not interest Talabani’s party, which he described as a breach of the political agreement between the two parties and an attempt to build individual understandings that would weaken the Kurds’ position in Baghdad. The Patriotic Union confirmed that it is continuing to complete the legal procedures for the nomination of Saleh to the post of President of the Republic, pursuant to the agreement signed years ago with Barzani party.

Barzani began his visit to Baghdad, hours after he received in Erbil, the new Speaker of the House of Representatives, Mohammed Halbusi. Al-Halbusi arrived at his position through a deal that Barzani himself participated in during the second session of the elected Iraqi parliament.

According to informed political sources in Baghdad for the “Arabs”, “Halbusi confirmed in Erbil, his commitment to support Barzani candidate for the post of President of the Republic, at the expense of Barham Saleh.”

Barzani is trying to postpone the vote on the President of the Republic beyond the 30th of this month, where the date of the provincial parliament elections, which the Kurdistan Democratic Party hopes to win the majority of seats, to modify his negotiating with other Kurdish forces, especially the Talabani party.

Observers say that the Shiite political forces take the issue of choosing a president, seriously, although it is the share of the Kurds, according to the formula of sharing positions in Iraq, because of the role that plays in naming the new prime minister.

It seems that the Kurdish position will not be sufficient to move the Shiite negotiations to choose the prime minister, as there appear to be considerable differences on this post.

The Dawa Party has tried to exploit internal Shiite differences over the candidate to form a government, starting from plans to settle the major differences between his secretary-general Nuri al-Maliki and his political bureau chief Haider al-Abadi.

Observers say that “internal Shiite differences over the post of prime minister are still so large that the Dawa party or other Shiite parties can not benefit from it.”

The sources say that “the deep Shiite differences on the position linked to the concerns of the parties themselves, which fears that it is used to liquidate its influence,” explaining that “this situation allows external parties to intervene, especially Iran, as a sponsor of Shiite political agreements.”

So far, the United States has not tried to influence this issue, while Shi’ite politicians believe that Washington is monitoring the developments of the negotiations, and will not hesitate to intervene in the event of the link of nomination to an Iraqi figure subject to Tehran.

BAGHDAD – The World Bank and the Iraqi government on Sunday launched a project for the country’s Social Fund for Development, with an initial capital of $ 300 million.

“The project will be implemented in three phases, the first of which will include the provinces of Muthanna (south), Salahuddin (north) and Dahuk (north),” the ministry said in a statement.

The project aims to “improve living conditions and opportunities for the poor and the disadvantaged by improving their access to services and jobs.”

In the second phase, the project will include three other governorates (unspecified) and Phase III will include all remaining provinces of Iraq. The Ministry has indicated that the project, which will last for five years, will come from a concessional loan from the World Bank.

The project targets education and health, water and small economic infrastructure, market access and strengthening the capacity of MFIs to support the development of SMEs. The government’s planning minister, Salman al-Jumaili, said at the end of last year that the poverty rate had risen to 30 percent, up 6.5 percent from the previously announced rate in 2013. On the other hand, the Ministry of Planning announced a decline in the production of strategic grain crops, 45.3 percent, due to water scarcity. According to a report issued by the Central Bureau of Statistics of the Ministry, wheat production reached 2.178 million tons, down 26.8 percent from last year’s 2.97 million tons.

The report attributed the main reason for the decline in production, and the agricultural areas of grain crops, to «lack of rainfall and water scarcity, and low average yield of acres, because of rainfall in the off-season».

Iraq, along with wheat and barley, produces corn, long-grain rice, short beans, beans and beans, all of which fell by up to 60 percent.

Iraq canceled last June the cultivation of rice, maize, maize, sesame, cotton and sunflowers from the summer plan because of the water crisis.

Iraq depends on water security mainly on the Tigris and Euphrates Rivers and their tributaries.

The Alliance for Reform and Reconstruction on the formation of a national government and emphasis on partnership in the resolutions, calling on the Kurdish parties to submit one candidate for the presidency.

In his statement, he called for a change in the process that has weakened the process of electing the Speaker of the House of Representatives

He announced the agreement to hold monthly meetings of the leadership, stressing the partnership decision and the position and the consolidation of the national project and the emphasis on unity and patriotism and the rejection of quotas and commitment to the constitutional dates to form a government

He also stressed the need to work to reform the electoral law and address the phenomenon of the transfer of deputies from their lists to other lists.

(Baghdad: al-Furat News) The representative of the leader of the Sadrist movement, Moqtada al-Sadr, agreed to form a national government during the meeting of Babylon, Sunday, in the presence of leaders of the Alliance for Reform and Reconstruction.

Ahmed al-Sadr told the {Euphrates News} today that “it was agreed at the meeting of Babylon this evening, the formation of a national government and the emphasis on partnership in the decisions.”

Leaders and leaders of political blocs attended the central conference of the Alliance for Reform and Reconstruction held at the Babylon Hotel in Baghdad.

“The most important points discussed by the central meeting of the Alliance for Reform and Reconstruction is to strengthen the internal front, to confirm the cohesion between its national affiliations and to strengthen its tracks to resolve the constitutional entitlements,” said the spokesman of the wisdom movement, Nouvel Aporghiv.

Earlier this Sunday (September 23, 2018), the Coalition for Reform and Reconstruction met at the Babel Hotel in the center of Baghdad, in the presence of most of its leaders, to discuss a number of issues related to the formation of the next government.

The political scene in Iraq is a wide movement among the winning forces in the elections that took place on 12 May 2018 to form the largest bloc, in preparation for its mandate to form the next government, after the parliament ended the election of his presidency. 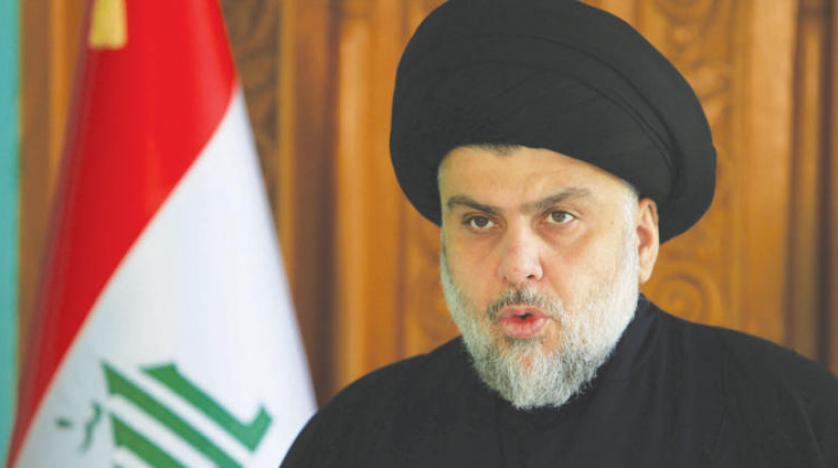 The arrival of the leader of the Sadrist movement Moqtada al-Sadr to Baghdad in conjunction with the meeting of the Alliance of Reform.

Baghdad / .. Revealed legal expert Tariq Harb, on Sunday, the last date for the election of the new President of the Republic.

“The last date for the election of the new president is on October 10 next, according to the constitutional timing,” said Harb, for “Iraq’s News”.

According to informed sources, the deputy chairman of the Kurdistan Democratic Party (NDP) Nechirvan Barzani, asked the political parties in Baghdad during his visit yesterday, to postpone the election of the president until after the parliamentary elections of Kurdistan. Finished

The leader of the Democratic Party and a member of the party’s negotiating delegation, Shuan Mohamed Taha, on Sunday, that his party agreed with the National Union, the exchange of positions of the presidency, the governor of Kirkuk, among his party will announce its candidate for the presidency of Iraq soon.

“So far, our candidate for president has not been agreed, and it will be announced soon,” Taha was quoted as saying by al-Quds al-Arabi newspaper.

He added that “ensuring the vote of alliances in Baghdad for our candidate is subject to negotiations and understandings, and the nature of the person himself,” revealing “previous agreements between the Patriotic Union and the Kurdistan Democratic Party to be the post of President of one of the two parties, while the other party takes the post of governor of Kirkuk.”

“The Iraqi constitution gives the right to all Iraqis to run for the post of president,” said Kurdish leader Sarwa Abdul Wahid.

And considered that “the multiplicity of candidates for the position is a correct step to get rid of partisan quotas,” but at the same time indicated the difficulty of getting rid of this quota because the two main parties in the Kurdistan region of Iraq have interests with the rest of the Shiite parties and Sunni in Baghdad, which paves the way for deals to pass Candidate of one of the two parties. ”

She stressed the importance of “the search for national figures that were not part of the project of separation, which focuses on the Iraqi national project, the choice of the candidate of the President depends on the will of Iraqi MPs, I hope they choose the best.”

“The parties that will be charged with forming the government will give their votes to the candidate of the strongest bloc, to ensure the passage of its candidate later for the post of prime minister.” 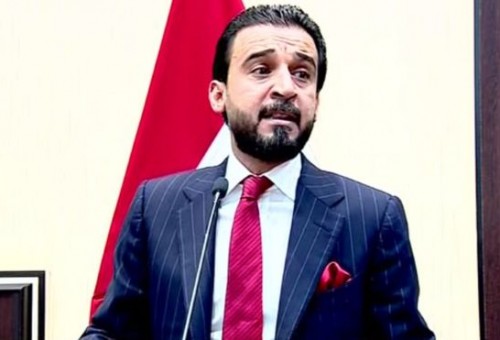 BAGHDAD (
Reuters) – Iraqi parliament speaker Mohammad al-Halbusi will visit Najaf province on Monday, an informed source said Sunday.
The source said in an interview with “Mawazine News” that “Halabusi will go tomorrow to Najaf to meet with the leader of the alliance of Moqtada al-Sadr.”
He added that “the two sides will discuss the formation of the next government and the election of the President of the Republic.”