After the cancellation of the procedure at the Office of Rusafa

The Electoral Commission has canceled the manual counting and counting of the Baghdad / Rusafa elections office, announcing the completion of the counting and sorting of all the funds and stations for which complaints and appeals have been received, while the preliminary results, according to press weights, indicate a 99% match from the previous results announced by the Commission.

The official spokesman of the Electoral Commission, Judge Laith Jabr Hamza, on Monday: The Board of Commissioners of the judges assigned to the end of the counting and manual counting of all polling stations and stations, which received complaints and appeals in all governorates of Iraq

“The Board of Commissioners decided to cancel the counting and manual counting of the Office of the elections in Baghdad / Rusafa,” adding Hamza, “indicating the reasons called for by looking at the minutes of disclosure prepared by the judge managing director of the UNHCR office in Baghdad (Al-Rusafa), which was carried out after the fire that was exposed to the warehouses of the Office of Rusafa, which included the record mentioned that the site of the accident is a warehouse belonging to the Ministry of Commerce and a tenant by the Commission and the store that was burned includes a number of updating the biometric registration number (1050) As well as several biometric verification and number (8124), Picos (7533), (1128) speed boosters (1128), RTC (1140), and 882 ballot boxes.

Hamza added that “all the above mentioned organs and ballot boxes were completely damaged by the incident, which can not be conducted by the process of re-counting and manual sorting in accordance with the provisions of the Third Amendment to the Law of elections of the Iraqi Council of Representatives No. 45 of 2013 amended in the second paragraph which required the conformity of barcodes with ballot papers And the decision of the Federal Court No. 99/104/102 / Federal / Media on 21/6/2018, and therefore was issued a decision not to conduct manual counting and counting of centers and stations

Baghdad / Rusafa. No change in the results In this regard, the former member of the House of Representatives, Farid Brahimi, that the results of counting and manual sorting will not change the results.   Brahimi said, “Sabah”: In light of the media leaks traded, the results corresponded to 99 percent of its predecessor, so there will be a clear change or apparent or an influential change in the political scene by the survival of the same blocks announced in the previous results, Any effect in the case of the rise of one or two and that the areas where the forgery was apologized for counting and sorting on the pretext of the absence of Ramat in these areas. In turn, reported a member of the former parliament, the high Nassif, that the next two days will witness the announcement of the results of counting and manual sorting that took place to some of the ballot boxes questionable after the completion of those operations to the ballot boxes, indicating that this came according to the judges transferred.  Nassif said in a press statement: The judges assigned to the Electoral Commission will open the appeals section for 3 days beginning after the announcement of the results, pointing out that the judges will report the safety and transparency of the results showed by the electronic devices after matching the results in most of the provinces except Anbar, In 4 seats, the carcock changed  only two seats. Warning of chaos while warned the head of the Turkmen Front, Arshad Salhi, the Electoral Commission that it “will take responsibility for the chaos in the province of Kirkuk in the absence of a radical change in the results of the parliamentary elections after the counting and sorting by hand.” “If there is no real change in results, we will be unable to control the street,” Salhi said, stressing “the need to act wisely with Kirkuk and to conduct a comprehensive manual counting and counting.” On the other hand, the political analyst, Haidar al-Musawi, pointed out that most of the weights indicate the matching of the results in most of the governorates, although we can see a change of seat in a block or another, pointing out that the assignment of the judiciary to conduct the counting and sorting abort any objection to the results As there is no higher authority than the judiciary. Al-Moussawi said in an interview for Al-Sabah that there would be no objection to the results because of the simple reason that the Iraqi street today is different than it was previously. Be deficient and need a legislative council of any parliament, “indicating that it is possible to make a simple media uproar by the leaders of the losers, who lost their fans in the management of some positions. Al-Moussawi called for an apology to the Commission if the results were met and the opposition political figures should take the initiative, pointing out that the elections are the highlight despite the media hype that accompanied them. He continued: The concern of the Iraqis of the election results is not a media fuss, stressing that the results will confirm that the electoral process did not receive any major fraud.

(Baghdad: Al Furat News) The General Company for Land Transport announced on Wednesday the resumption of truck traffic between Iraq and Jordan soon.
A Transport Ministry statement received a copy of the company’s general manager Imad al-Asadi saying that “intensive meetings were held with the Jordanian side resulting in an agreement to resume the movement of trucks between the two countries,” stressing that “the meetings were characterized by great success and an atmosphere of friendliness and understanding “He said.
Al-Asadi stressed that “these meetings come to implement Article 10 of the Road Transport Agreement for passengers and goods signed between the parties on 26/8/2009, and allow Iraqi trucks to enter Jordanian territory to serve to activate the trade exchange between the two countries,” adding that ” Two consecutive days resulted in the signing of the agreement to enter trucks for both countries. ”
He pointed to “the agreement to resolve all points of disagreement to start work through the port of Trebil border, especially after the establishment of security in the western region and to consider the safe road safe.”
For her part, the ambassador of Iraq to Jordan Safia al-Suhail praised the parties’ keenness on the success of the meetings and the findings of the relevant committees

The guardians of Iraq

Massive show of force in the Samarra region in central #Iraq in response to low-level Da’ish activity in the area. The rusted, lethargic force of 4 years ago is dead & gone. Iraq now has many of the most battle-hardened units in the Middle East. 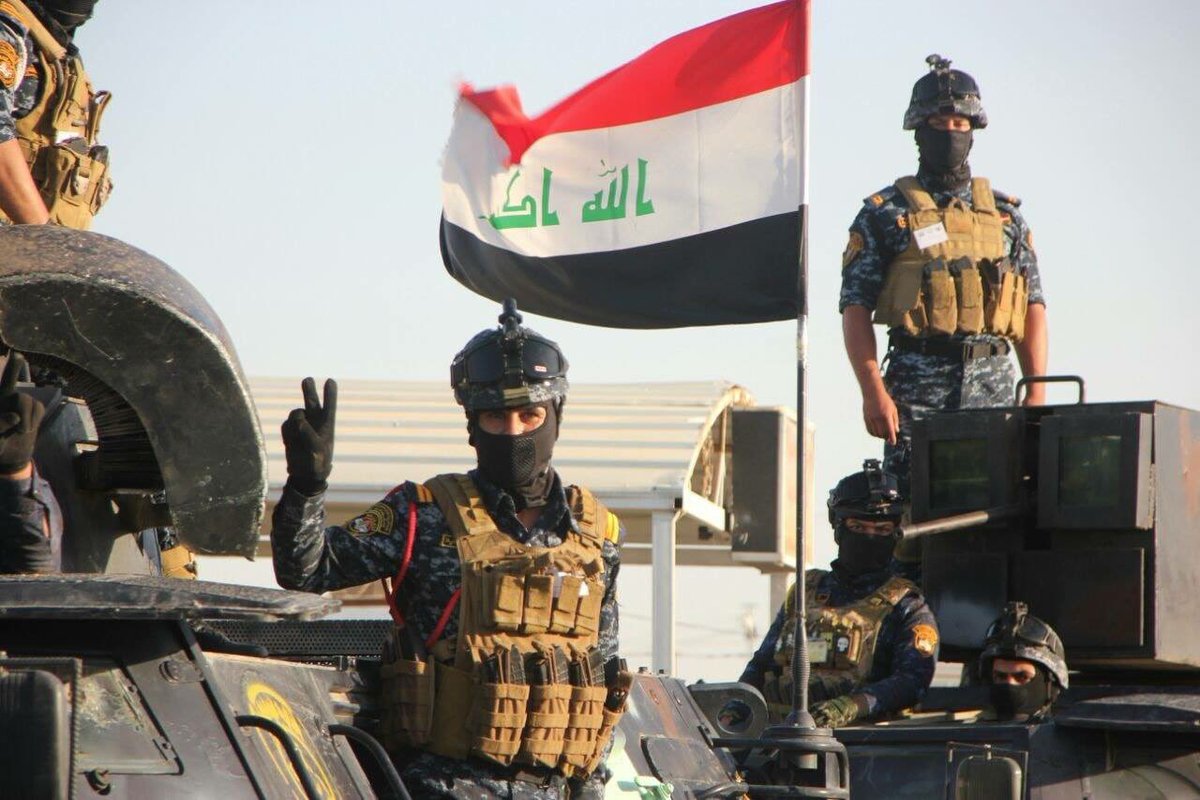 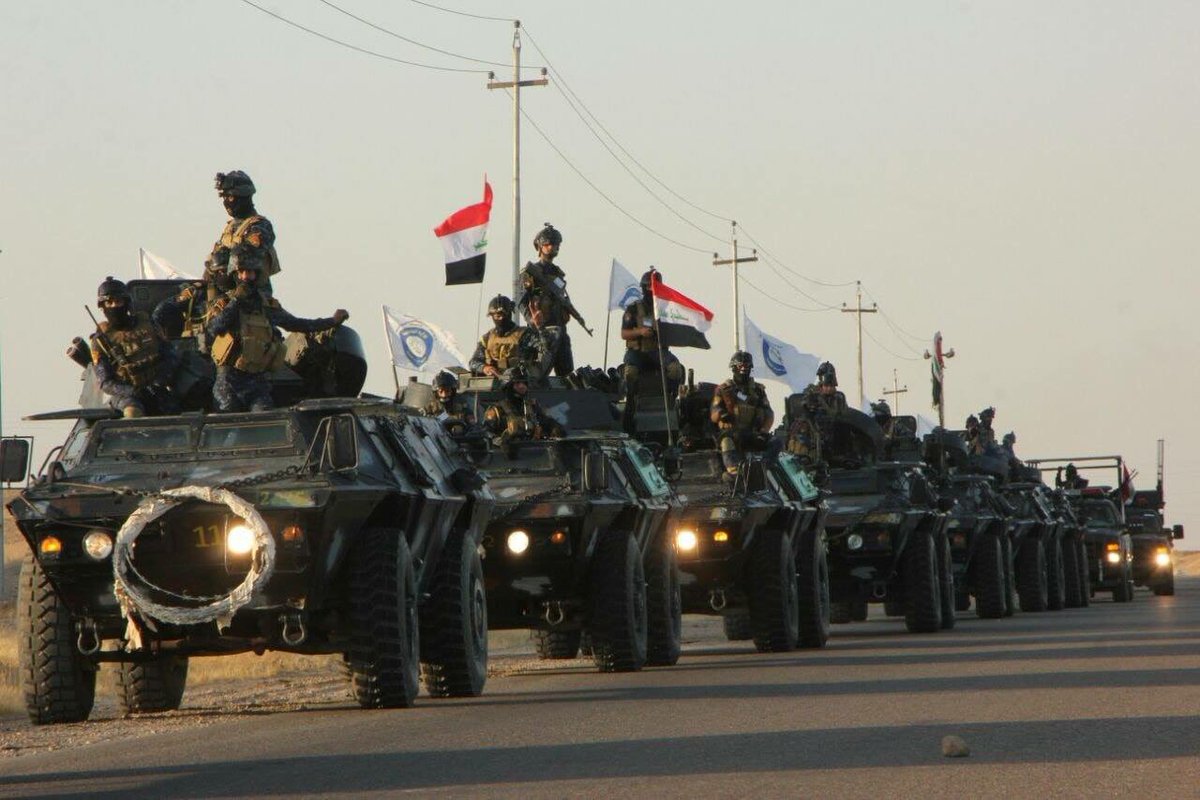 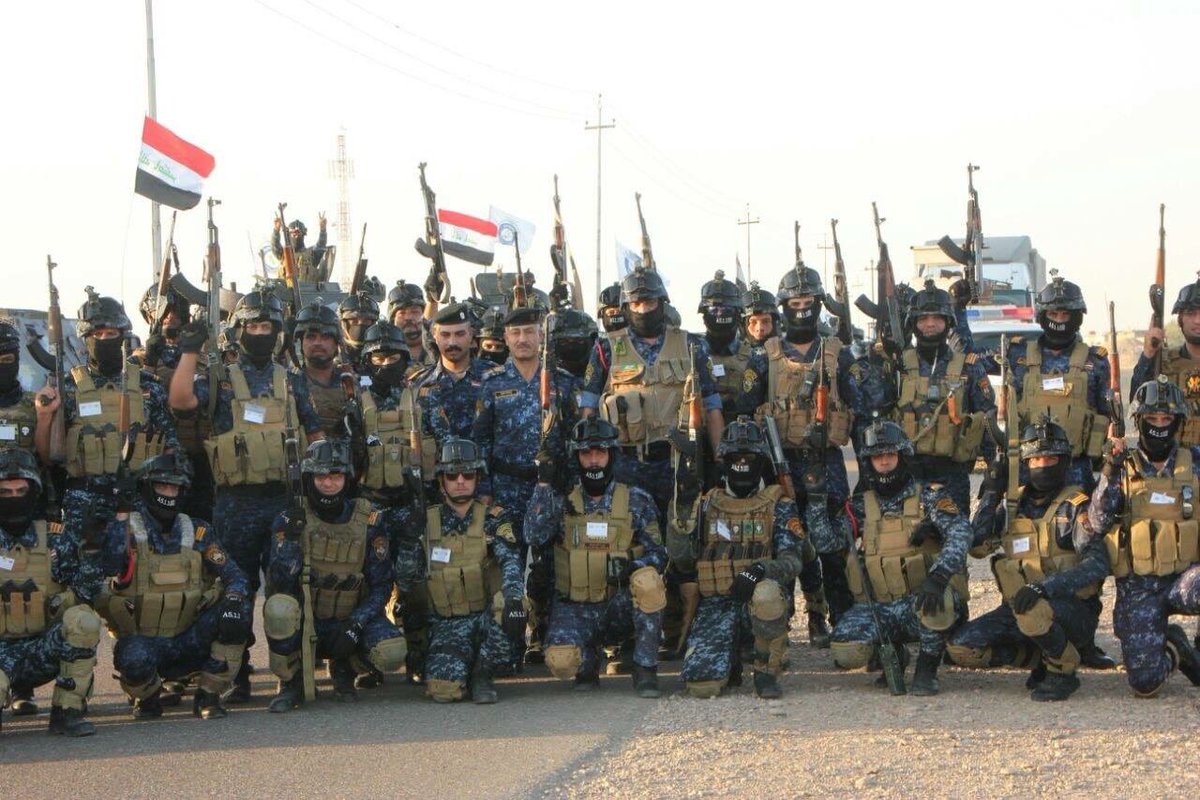 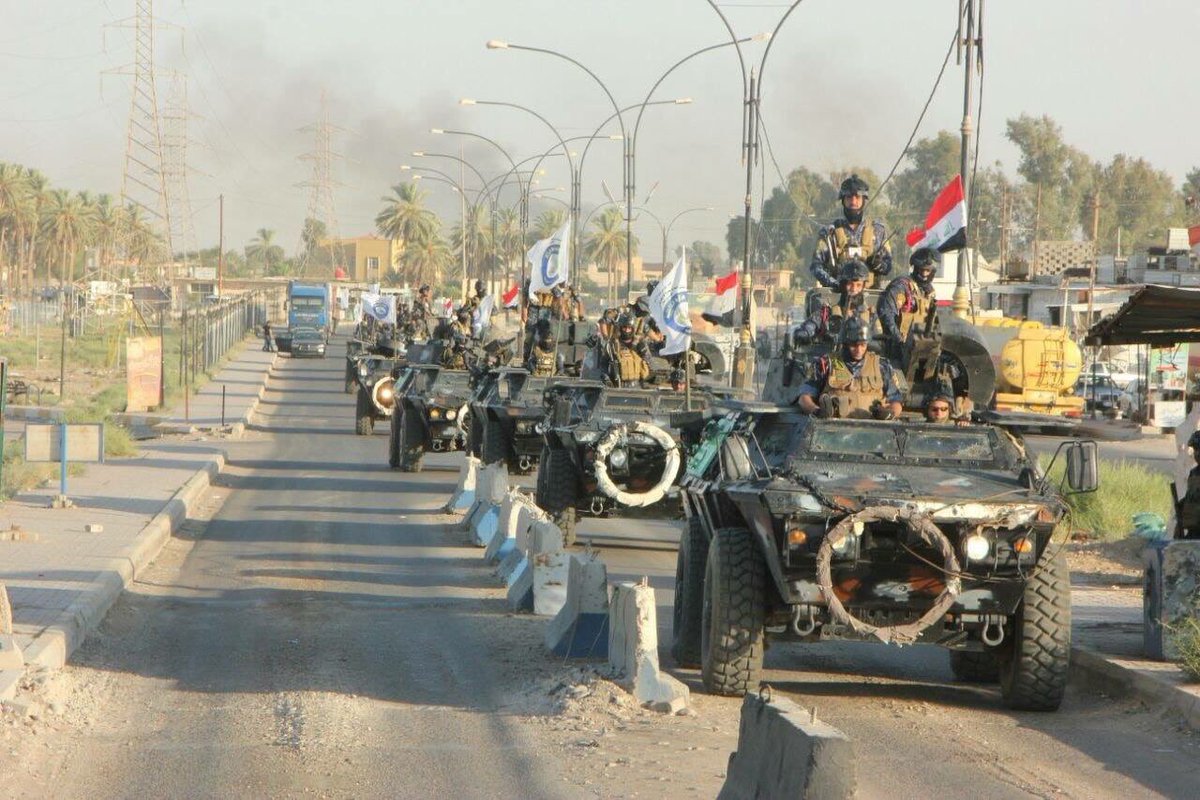 Video: Briefing to the UN Security Council by Special Representative of the United Nations Secretary-General (SRSG) for #Iraq and head of UN Assistance Mission for Iraq, Ján Kubiš New York, 8 August 2018 [AS DELIVERED]

The former agent of the Iraqi Ministry of Finance, Fadel Nabi, said on Wednesday that the Iraqi government will send an amount of 317 billion dinars to the Kurdistan region before the Eid al-Adha, and will be the salaries of all employees of ministries in the Kurdistan Regional Government.

Referred to a source in the Ministry of Finance and Economy in the Kurdistan Regional Government, had reported to the network Roudao media earlier, that will be the distribution of salaries of all employees of the Kurdistan Region, in the event that the Iraqi government sent 317 billion dinars to the region.

The Ministry of Finance has begun to distribute the salaries of staff of a number of ministries in the Kurdistan Regional Government, since the fifth of August this month, and continuing to pay the salaries of other ministries so far. Source: Tomorrow will be officially announced the results of the parliamentary elections after the completion of the process of manual counting and sorting

The President of the Kurdistan Regional Government (KRG) denied that the former had asked to postpone the regional elections.
“Barzani’s words are true. We have made it clear that the issue of elections is an internal matter and a matter of course, it is for the leaders of Kurdistan and its parliament, taking into account all the situation in the region and Iraq,” he said.
“The opposite of this is not true,” he said.
The Prime Minister of the Kurdistan Region, Nechirvan Barzani, the existence of any US request to postpone the provincial parliament elections, scheduled for the end of September.
“The elections were confirmed on schedule,” Barzani told a news conference on Tuesday after a cabinet meeting.
Barzani denied that there was a US request to postpone the elections, in response to some media reports of a similar request by the US president’s representative to the international coalition, Brit McKurk.
“There is no such request, and we met him previously and we told him that the elections will take place on time,” Barzani said.
The deputy head of the Kurdistan Regional Government, Qubad Talabani earlier that “all parties want to postpone the elections, but no one dared to disclose his desire.”
It is scheduled to hold legislative elections for the Kurdistan region on September 30 next.

(Baghdad: Al-Furat News) Prime Minister Haider al-Abadi said that Iraq today is strong and the world looks admiringly.
A statement of the Prime Minister received the agency {Euphrates News} copy of it today, stressing Abbadi during a meeting with heads of trade unions and unions keen to respond to requests of citizens, and the importance of cooperation between unions and civil society institutions and the state.
“” We are from this community and interact with these requests, There are those who want to split between citizens and security forces, but the truth proved the opposite.
“We have turned from a country whose existence is threatened to a strong and victorious country, and Iraq today is strong and the world looks with admiration,” Abadi said, noting that “we have the hand of everyone to work for the country and all that is good for our people.”
http://alforatnews.com/modules/news/article.php?storyid=171147

Iraq News Now
18:16
Follow-up / tomorrow Press:
The UN representative in Iraq, Jan Kubic, said Wednesday that the low turnout by voters in the elections, indicates the dissatisfaction of citizens of the government’s management of public affairs, calling on politicians to accelerate the formation of the new government.

“The unprecedented low turnout in the May 12 parliamentary elections, with nearly 60 per cent of eligible voters not taking part, was a strong message of dissatisfaction with the current situation,” Kubic said in his testimony to the UN Security Council on the situation in Iraq. In the Department of Public Affairs, “pointing out that” the manual counting and counting of votes in the elections increased the confidence of voters in the electoral process. “

He noted that “Prime Minister Haider Abadi made great efforts to provide quick and appropriate solutions to legitimate popular demands, which temporarily alleviated the burdens faced by people living under difficult conditions.”

“I urge political leaders to listen to the voice of the people and to accelerate the process of forming a national, non-sectarian, inclusive government with a strong and capable prime minister who gives priority to political, economic and social reforms,” ​​he added.

Dr. Abadi: We have moved from a country whose existence is threatened to a strong and victorious country and that Iraq today is strong and the world looks on with admiration. 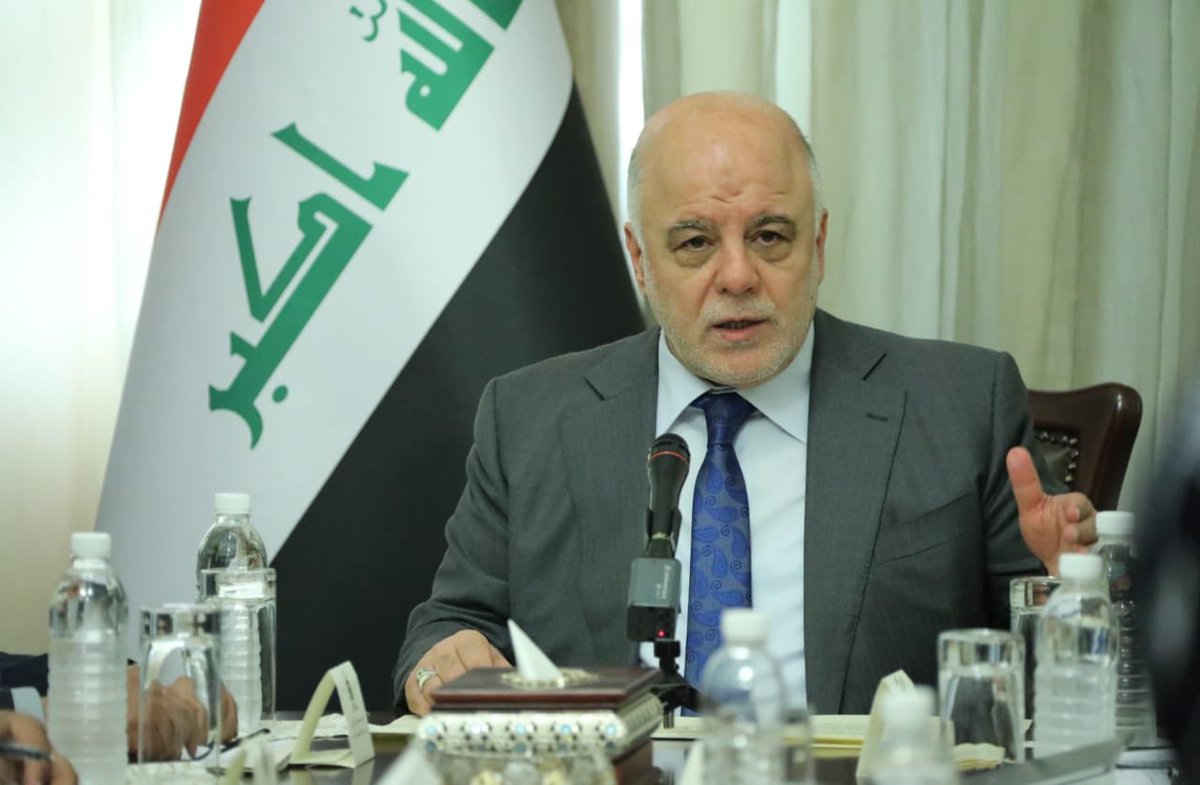