(BNA) Prime Minister Haidar al-Abadi received a phone call from US Vice President Mike Bens on Monday, during which they discussed bilateral relations and bilateral relations, as well as the political and security situation.
“The United States is committed to supporting Iraq, which has achieved a great victory over gangs that support terrorism and liberate its territory,” Pens said in a statement.
“Our country will continue to support Iraq in the construction and reconstruction phase,” he said. “We appreciate the efforts of the Iraqi government to return the displaced and preserve the minorities and return them to their areas.”
Abadi said that “the Iraqi government and our heroic forces continue to pursue the cells and terrorist pockets to eliminate them.”
He added that “Iraq’s priorities are to maintain the achievements achieved in the field of security and the promotion and economic reform and services and construction and reconstruction and the provision of employment opportunities and this is what we are working on now with the importance of forming a strong government provides services and aspirations of the citizen.”
http://alforatnews.com/modules/news/article.php?storyid=167861

Prime Minister Dr. Haider Abadi receives a telephone call from US Vice President Mike Bens. During the meeting, they discussed enhancing bilateral relations and cooperation between the two countries and the situation in the region as well as the political and security situation.

The source said, “The Ministry of Finance to spend salaries per month according to two tables, one depends on the revenues of oil source, and the other on the funds sent by the federal government in Baghdad.”

Hundreds of demonstrators took to the streets of the Iranian capital, Tehran, to protest against the latest fall of the local currency against the US dollar.
Hundreds of people gathered in the main shopping areas of Tehran to demand that the Iranian government act against the continuing deterioration in the value of the national currency against the US dollar for several months.
Many of the shopkeepers who sell mobile phones said that the rise in the price of the dollar makes the price of imported phones out of the reach of consumers, which causes them heavy losses.
The Iranian riyal hit a new record high against the US dollar in the informal market on Sunday, extending losses amid fears of a return to US sanctions after Washington withdrew from a nuclear deal with Iran.

Sharp decline
According to the foreign exchange website (Bonbast.com), which follows the informal market, the dollar was offered at a price of 87 thousand riyals, compared with about 75 thousand and 500 riyals, on Thursday, the last trading day before the weekend in Iran.
According to the semi-official ISNA news agency, the dollar rose to 87,000 riyals on Sunday, from about 74,000 before the end of the week, on the black market, and Iranian websites published several similar reports.
The Iranian currency has been losing ground for months because of weak economic performance, financial difficulties in local banks and heavy demand for the dollar among Iranians worried about Washington’s withdrawal from the nuclear deal and renewed US sanctions on Tehran, which could reduce the country’s oil and other exports.
Some of the sanctions will come into force after a 90-day “liquidation of work” deadline, which ends on August 6, the most important of which is sanctions targeting the oil sector after a 180-day deadline ending on November 4.

The Federal Supreme Court on Monday rejected the extension of the life of the Iraqi parliament and considered it null and void of the constitution.
The court, according to special documents, that any decisions issued by the parliament after 45 days of the elections is not a constitutional basis for them.
The Iraqi parliament voted in a preliminary reading to extend its work until the completion of the manual counting and sorting procedures in the development of a debate over the validity of the parliament in extending itself. The ambiguity surrounding the application of the Federal Court’s decision to re-enumerate, Electoral stations or those that have been challenged.
And ends the legal period of the Iraqi parliament at the end of this month, but this week’s meeting with a special session during which he read a fourth amendment to the election law, including the extension of the work of parliament until the end of counting and sorting hands, to meet next Sunday to complete the second reading of the bill before the vote in the form of Final.
The parliamentary forces accused the winning about 170 deputies in the current parliament, who failed to obtain a parliamentary seat, including Parliament Speaker Salim al-Jubouri and Vice-Hamam Hamoudi, seeking to block the peaceful transfer of power, and considered that the draft law to extend the work of the parliament unconstitutional.
But the text of the law pointed out that the purpose of the extension is to oversee the application of the provisions of the electoral law, after the decision of the Federal Court to accept the majority of the third amendment to the law, including items for the elimination of electronic counting and sorting, and manual counting and sorting under judicial supervision.
The fourth amendment, like the third amendment, raised serious legal differences in Iraq. The objectors argued that parliament had no right to amend the election law after the ballot was completed. This was a conflict of interests and created a precedent for each losing parliament to change the election results in its favor.
But the decision of the Federal Court, which gave the parliament this right, was based on the need to reassure the voter in the electoral process, after the appeals that faced, and this is confirmed by Jubouri in statements that he announced that the actions taken by Parliament aim to protect the political process. It is expected that the extension of parliament to itself, to the constitutional challenge from various quarters, further destabilizing the political situation. 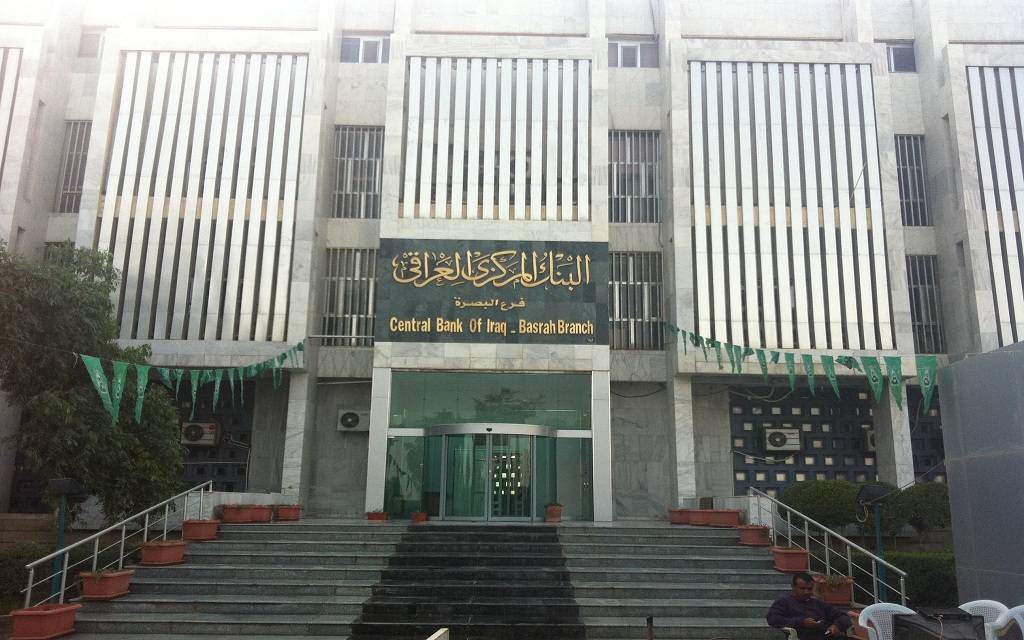 Applications for licenses are submitted in writing to the CBI

Direct: The Central Bank of Iraq, set the licensing controls for the establishment of an entity belonging to a foreign bank or the opening of a branch of a foreign bank in Iraq.

The Central Bank said on Monday that the regulations include obtaining a license from it, and that licenses and licenses may only be granted to foreign banks subject to unified and comprehensive control by a supervisory authority in the country where the foreign bank is headquartered.

He added that the Central Iraqi requests for licenses, submitted in writing, with the information and data and documents required.

The applicant shall be informed within two months if his application is satisfied. The period referred to may be extended provided that the applicant is informed of the reasons for the delay before the deadline.

Within six months from the date of informing the applicant of the establishment of a branch of a foreign bank in compliance with the requirements, the Bank shall approve or reject the request and send its decision in writing to the applicant.

After issuing the approval of the request to establish an entity of a foreign bank and complete the procedures of incorporation and provide all necessary documents, the Central Bank within two months to decide to grant or deny the license, and to inform the request in writing.

The Central Bank of Iraq’s foreign exchange sales on Monday fell to 68.77 million dollars, compared to sales of 74.99 million dollars on Sunday auction

The Iraqi parliament demanded on Monday the judiciary and the executive authority to remove 13 senior officials in the Electoral Commission, before the start of manual counting and counting of polling results.

The judges, entrusted with the functions of the Council of the Electoral Commission in Iraq, decided on Sunday, the process of manual counting and counting of votes in centers that have allegations of “fraud” only; based on the decision of the Federal Supreme Court.

“There are 13 officials at the level of director general and head of department in the commission, accused of falsifying the results of the parliamentary elections, and these must be removed before the process of manual counting and results.”

“The removal of members of the Electoral Commission, an insufficient procedure, because with the presence of judges assigned to manage the process of counting and sorting by hand, the staff of the Commission accused of fraud can manipulate the results.”

He added that “the parliamentary fact-finding committee will meet with the judiciary and the government for the purpose of presenting the facts about the seriousness of the presence of these employees in the Commission.”

He pointed out that “the parliamentary fact-finding committee will remain in a state of permanent meeting until the completion of counting and manual counting.”

According to the announced results of the elections held on 12 May last, dissolved the alliance, “Saroon,” supported by the leader of the Sadrist movement Moqtada al-Sadr, ranked first with 54 seats out of 329, followed by the alliance, “Al-Fath,” consisting of political arms of the factions of ” Popular crowd “led by Hadi al-Ameri, with 47 seats.