Skip to content
Homeafter the fire of funds .. Sadr raises several questions about the fate of Iraq 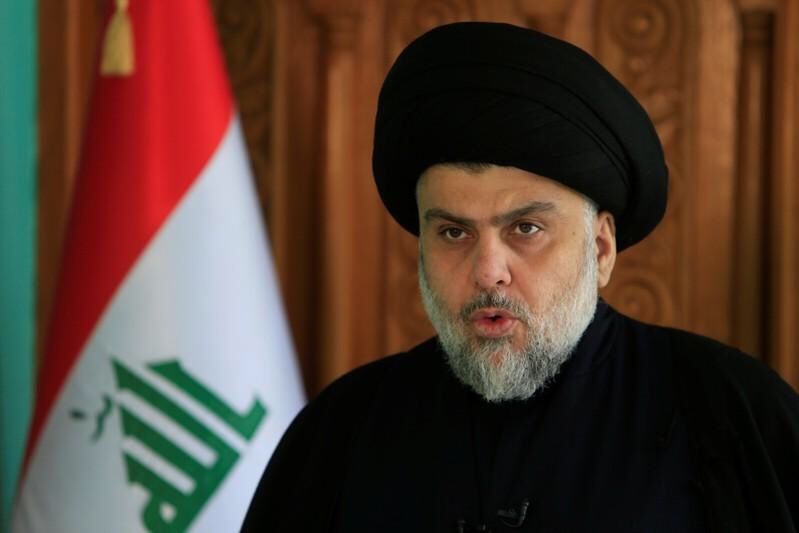 The leader of the Sadrist movement Moqtada al-Sadr on Monday raised a number of questions on what appeared to be against the backdrop of the burning of ballot boxes in Baghdad, where he expressed his displeasure at the deterioration of the reality of political, security and economic situation in Iraq.

“Your Iraq is full of the poor, the oppressed, the orphans, the wounded, the bereaved, the widows, the elderly, the destitute and the disabled,” Sadr said in a statement.

“Your Iraq is without water, electricity, agriculture, industry, money, infrastructure, services, a good environment, no safe borders, and enemies will come to it from all sides,” he said.

He added that “Iraq is still the hallmarks of Baath and injustice and dictatorship is clear to him, Vvkkm struggle for the seats and positions and gains and influence, power and governance.”

“Is it time to stop the occupation and foreign influence?

Is it time to stop bombing, bombing and terrorism?

Is it time to stop conflicts and assassinations?

Is it time for Iraq to bring us honor, honor, brotherhood and peace?

Is it time for us to stand for construction and reconstruction instead of burning the ballot boxes or re-election from a seat or two?

But is it time to disarm and hand it over to the state instead of storing it in the mosques and the Husseiniat, and it will explode and reap the lives of the innocent?

Or is it time to take care of our money and our rights and carry out our duties towards the homeland and patriotism of faith?

.. How long will Iraq remain in the bottom of fear and lack of money and souls?

How long will some remain subjugated to the will of the foreigner and those behind the border? ”

On Sunday, fire broke out in warehouses used by the Iraqi Electoral Commission in Baghdad to keep ballot boxes in the last legislative elections.

The Electoral Commission has announced that the fire that hit the warehouses of ballot boxes will not indicate the results of the voting process.

This comes as preparations are under way for the counting and counting of the votes of about 10 million voters, following the detection of fraud and intimidation of the elections held on 12 May last.

2 thoughts on “after the fire of funds .. Sadr raises several questions about the fate of Iraq”