The Electoral Commission announced the participation of voters in the elections of the House of Representatives by the general vote that was held today for the first time by electronic voting.

“After the 2018 vote, which the people have contributed to, he has shown that he loves his country and aspires to build, and wants to develop the political process and democracy by participating in the voting for the elections,” EMB president Riad Badran told a news conference.

He pointed out that “the number of voters reached 24 million and 353 voters,” noting that “these percentages constitute 92% of the results received.”

Kurdish sources in Sulaymaniyah quoted a source in the Democratic Alliance led by Saleh as saying that unknown assailants attacked the headquarters of the alliance in Sulaymaniyah and seized the Khandan channel.

And on the identity of the attackers did not refer the site to any party.

(Baghdad: al-Furat News) The head of the Kurdistan Regional Government, Nechirvan Barzani, the deteriorating security situation in Sulaymaniyah against the backdrop of armed partisan conflict in the province.

Barzani on Saturday issued a statement calling for an immediate cease-fire on the headquarters of the parties in Sulaymaniyah, and taking into account the security and stability of the people of the city.

He called on “everyone to abide by calm and follow the legal means to submit their complaints to the Independent Electoral Commission in Iraq, regarding any doubts regarding the election results, and taking into account the social security and stability of the people of Sulaymaniyah.”

The Movement for Change (PUK) accused the Patriotic Union of Kurdistan (PUK) forces led by the commander of the Union’s counter-terrorism unit, Lahore Sheikh Janki, of launching an attack on its headquarters using heavy weapons in Sulaymaniyah.

The official media of the movement called on its supporters to address the continuous attack and defend the tomb of the former coordinator of change, Nushirwan Mustafa, peacefully.

This escalation comes after the announcement of preliminary results of the parliamentary elections in some polling stations in the Kurdistan region, which received skepticism by a number of Kurdish parties.

Earlier, the Movement for Change and the Alliance for Democracy and Justice and the Kurdistan Islamic Union and the Islamic Group for refusing the results of the elections of the Federal Council of Representatives in Sulaymaniyah, while accusing the manipulation of electronic counting and sorting, demanded a manual counting.

The US State Department called for a “comprehensive” government that meets the needs of all Iraqis, while congratulating the Iraqis on holding the House of Representatives elections.

“The United States congratulates the Iraqi people on the parliamentary elections that took place today, where citizens of different ethnic and religious groups cast their votes in all 18 provinces, including internally displaced persons, and made their voices heard,” the State Department said in a statement.

“The newly elected members of parliament will have an important duty to form a comprehensive government that meets the needs of all Iraqis. We hope that this process will move quickly according to the constitutional timetable so that Iraq can continue to move towards a more secure, prosperous and bright future,” the State Department said.

“The United States is ready to partner with Iraqi leaders as we continue to build a long-term relationship of cooperation and friendship between our two countries, a strategic partnership based on the Strategic Framework Agreement that will contribute to stability in the region and to peace and prosperity in the region,” the statement said. Iraq”.

America congratulates Iraq on the elections

The Prime Minister of the Armed Forces General Commander Haider Abadi on Saturday on the success of the general election process for the legislative elections in Iraq, which will result from the next federal government.

Abadi said in a press statement today that “today the general ballot took place in all governorates of Iraq and Iraqis were able to cast their votes to choose their representatives freely and safely.”

“The liberated provinces witnessed free voting for the first time after a humiliating defeat,” he said.

He praised Abadi “security forces, government agencies, state institutions, the media and all those involved in the success of the electoral process.”

For its part, the Supreme Security Committee for the elections announced at a press conference the success of the security plan that accompanied the elections throughout Iraq.

“We have not declared any violation or terrorist act,” the head of the committee, Mowaffaq Abdel Wahab, told a news conference. “We declare the success of the security plan that accompanied the electoral process.”

Dr. Al-Abbadi: With the help of God today, the general voting process took place in all governorates of Iraq and our dear people were able to vote for their representatives freely and safely. The liberated governorates also witnessed free voting for the first time after the great victory and defeat. 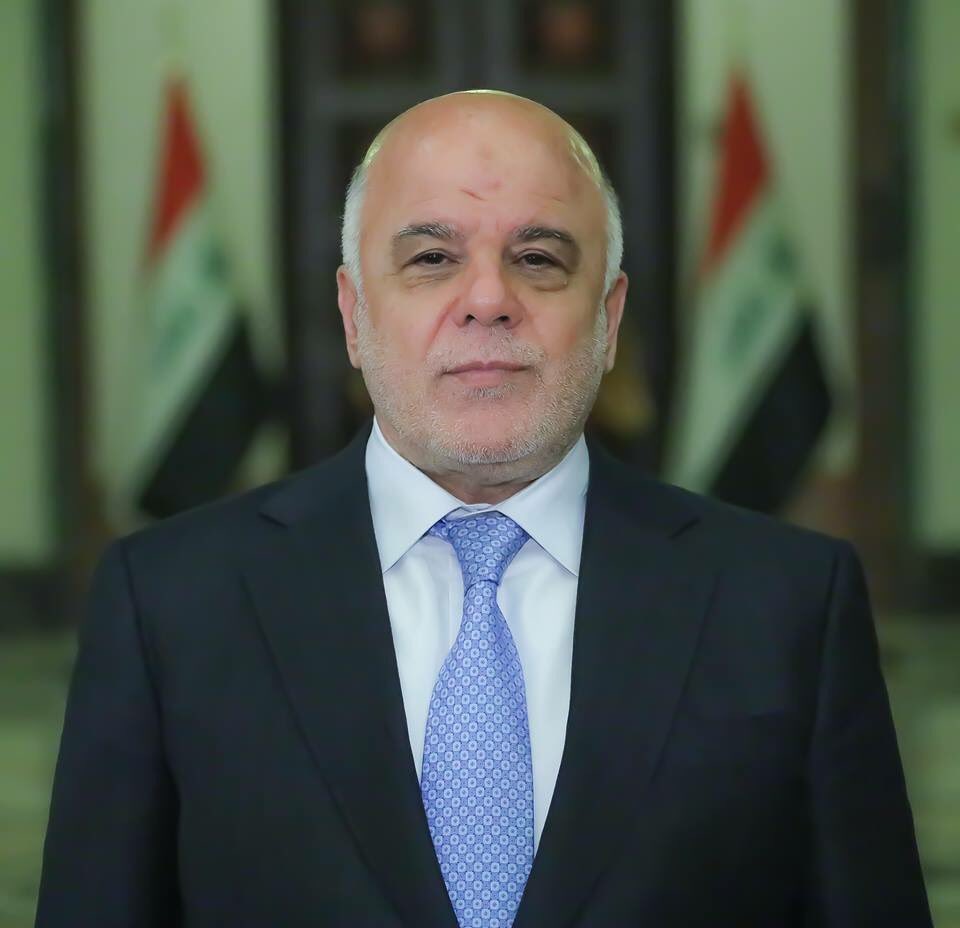 (Baghdad: Al-Furat News) Baghdad Operations Command announced on Saturday the success of the security plan to protect the polling stations in Baghdad.
“As a result of the efforts of all the security services in the Baghdad Operations Command, we announce the success of the security plan for the elections of the Iraqi Council of Representatives for private and public vote,” the statement said.
He added that “the commander of Baghdad operations directly supervised the implementation of the security plan.”
He pointed out that “no security violations were recorded in the Karkh, Rusafa and Baghdad belt areas, which included (1828) electoral centers.”
http://alforatnews.com/modules/news/article.php?storyid=164831

Polls have closed in Iraq’s parliamentary elections. The results will be announced once the votes are counted and verified #IraqVotes #IraqiElections2018 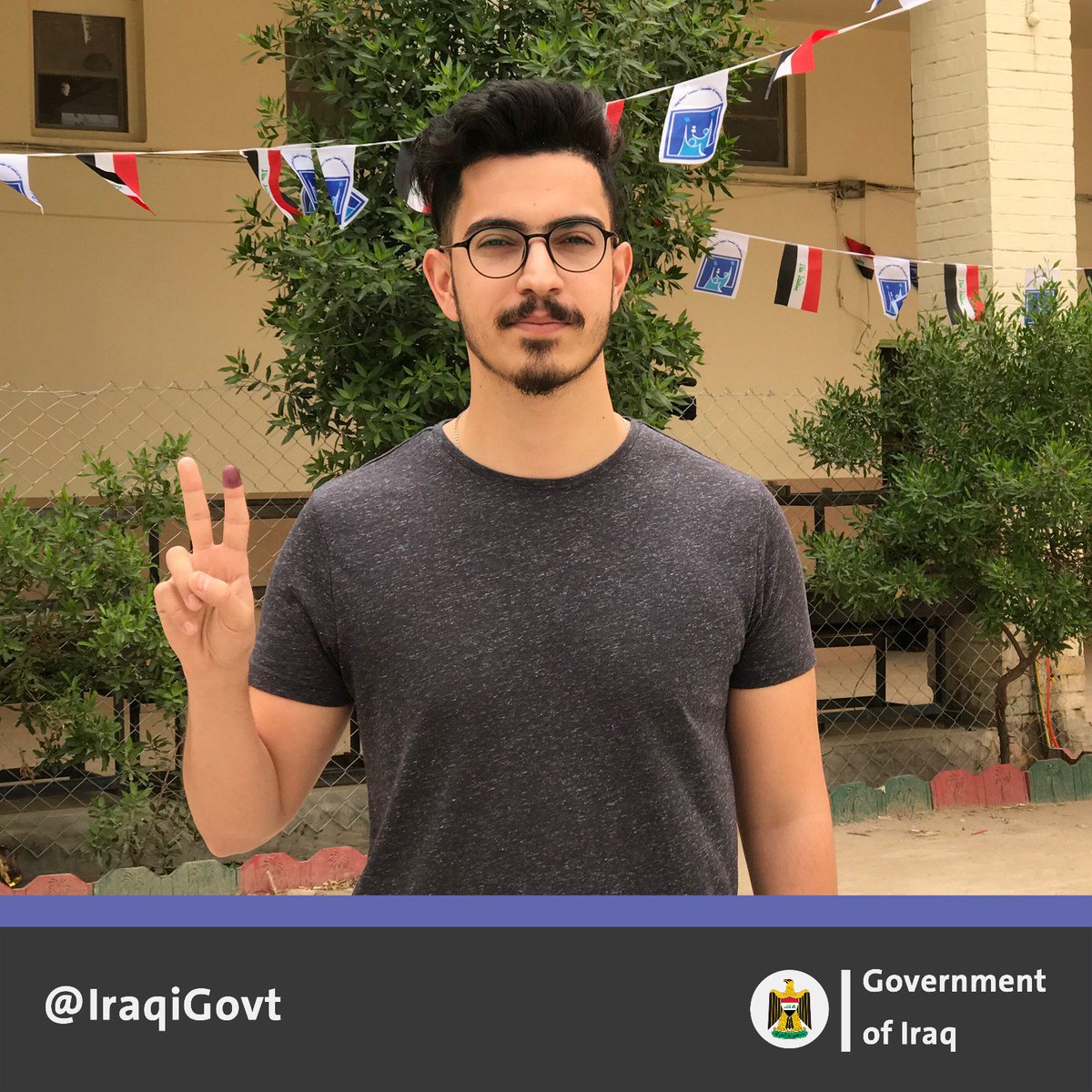 The Electoral Commission has closed the ballot box electronically in a legislative election that has been launched since 7:00 am on Saturday to vote for a new parliament, whose main task will be to ensure the reconstruction of the country, which has been exhausted by three years of war against an oppressive organization.
The 8959 polling stations opened at 0700 hours (0400 GMT) and closed at 1800 hours (1500 GMT).
A total of 24 million Iraqis are eligible to cast their ballots in the 37-million-strong election through an electronic card, which is being adopted for the first time in a bid to block fraud and fraud.
But voter turnout was below expectations, according to leaks, ranging from 30%.
This is the fourth legislative election since Saddam Hussein was ousted in 2003.
Many Iraqis feel much discontented by corruption and deteriorating economic conditions.
The elections are at a critical stage in Iraq, as the country affected by the war must be rebuilt.
Under the constitution, a new government is expected to be announced within a maximum of 90 days after the election results are announced.
It is expected to announce the results of the elections in the next 48 hours, according to the Electoral Commission told twilight News.
In total, 320 political parties, coalitions and electoral lists are contested, as follows: 88 electoral lists, 205 political entities and 27 electoral alliances, through 7,367 candidates.
Parliamentary seats are distributed to the 18 Iraqi governorates based on their respective population censuses.
The Iraqi capital Baghdad takes 71 seats, Ninewa 34, Basra 25, Dhi Qar 19, Sulaymaniyah 18, Babylon 17, Erbil 16, Anbar 15.
While Diyala has 14 seats, Kirkuk 13, Najaf and Dahuk and Salahuddin 12 seats each, Diwaniyah, Karbala and Wasit 11 seats in each governorate, and take Maysan 10 seats, and Muthanna 7.