(Baghdad: al-Furat News) The polling stations witnessed a special vote lines for members of the security forces to cast their votes in the House of Representatives elections.

At 0700 hours, the Electoral Commission opened 55,000 polling stations for private voting and closes at 7 pm.

Twenty international organizations specializing in election monitoring and 700 international observers will participate in the upcoming elections on Saturday, the Independent Electoral Commission of Iraq (IHEC) said, noting that there are more than 77 Iraqi translators with those observers, as well as providing 800 security elements to protect the characters to provide Protection required for foreigners.

“The Commission has adopted more than 20 international organizations competent to monitor the elections and 700 international observers, while the presence of more than 77 Iraqi translators with these observers, as well as the presence of 800 security elements Continue to protect the characters to provide the protection required of these foreigners. ”

He added that “all registration and polling centers have been equipped with all electronic devices for counting and sorting, computers and inks and all office supplies and other logistics on the basis of a plan prepared for this purpose and all provinces and the proportion of each province.”

A member of the Council of the Commission that “the process of distributing the voter card has reached advanced stages and the process is proceeding smoothly, as planned,” noting that “the number of cards distributed throughout Iraq until Wednesday exceeded 10 million cards according to official reports received by the offices The commission in the Iraqi provinces, equivalent to 72%, which is a good proportion according to the plans prepared for them, “and expected to” exceed the ratio to reach more than 80% during Thursday, which is higher than what was distributed during the previous election period. ”

He explained that “the Electoral Commission in all the provinces that have been liberated from Daqash, which has been subjected to military operations and the displacement of many of its people have brought many polling stations located in areas that do not contain a population and enter into the city so that the displaced can reach the polling stations and cast his vote Smooth and transparent, “noting that” the security plan, which was prepared by the Supreme Committee security supervising the elections will be very flexible to facilitate access of voters to the polling stations. ”

The Independent Electoral Commission of Iraq, announced last Monday, the selection of more than 245 thousand employees throughout the country to oversee the voting process in the parliamentary elections scheduled for 12 May.

{Baghdad: Al Furat News} launched at seven o’clock Thursday morning, the special vote for the security forces with the participation of the popular crowd in the elections of the House of Representatives.
The Electoral Commission has opened 55,000 polling stations for the private vote across the country’s provinces, with more than 47,000 fighters taking part in the popular crowd, who are in camps and combat pilots, while others will vote on Saturday.
One million and 200,000 voters are entitled to cast their ballots at the designated polling stations and their ballot papers will be withdrawn after casting their ballots as stipulated in the electoral law, while detainees in prisons will vote in the conditional voting mechanism.
The total number of cards at the level of private polling according to the Commission 904 thousand and 950 cards distributed 794 thousand and 591 cards, or 86.08 percent.
The polling stations will be closed for private voting at 7 pm today
http://alforatnews.com/modules/news/article.php?storyid=164625 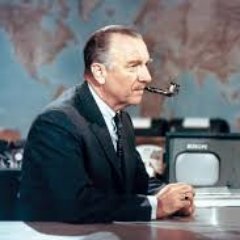 Like Loading...
Editorial Date: 2018/5/9 23:09 • 1197 times read
{Baghdad: Al Furat News} The first Iraqi voter cast his vote in the House of Representatives elections abroad.
Outside elections are held in 21 international and over two days 10 and 11 May.
The first voter to vote in Australia opened the polling station as the morning began there.
The Electoral Commission expects 850,000 voters to take part in the elections

In the economy of May 9, 2018 Comments on the European Bank of Reconstruction: a broad economic recovery in 2018 closed40 visits

Baghdad / SNG
The European Bank for Reconstruction and Development said in a report released Wednesday that it had raised its economic forecast for 2018 as the global recovery continued.
“The average growth rate is 3.3 percent in 2018, up 0.3 percent from last November,” the bank said in a report entitled Regional Economic Outlook.
The average growth rate is expected to reach 3.2 percent in 2019 in the countries where it invests.
“After severe suffering during the global financial crisis, the countries in which the bank invests have struggled to return to the path of growth at first, but they were able to recover in 2017,” he said.
The European Bank for Reconstruction and Development (EBRD) announced earlier in its first meeting in Jordan on record investments of around 10 billion euros in 2017, confirming that its business in the Middle East was about 7 billion euros.
The bank holds its 27th annual meeting at the King Hussein Bin Talal Convention Center on the shores of the Dead Sea (50 km west of Amman).
The two-day board of governors will discuss ways to stimulate economies, investment prospects, the future of energy and environmental protection.
https://translate.googleusercontent.com/translate_c?depth=1&hl=en&rurl=translate.google.com&sl=ar&sp=nmt4&tl=en&u=http://sngiq.net/wordpress/%3Fp%3D130190&xid=17259,15700023,15700043,15700124,15700149,15700168,15700173,15700186,15700189,15700201&usg=ALkJrhiRVg0K1oQaIpFwU3JQBz-V7jKflQ

The Minister of Martyrs and Monophils Affairs in the Kurdistan Regional Government said Wednesday that he will visit the capital Baghdad at the head of a delegation to discuss the dues and privileges of martyrs and Monophils with the federal government.

“We will visit the capital Baghdad with a delegation to discuss the rights and privileges of martyrs and anfal,” Mahmoud Haji Saleh said in a speech at a ceremony commemorating the martyrs of the Patriotic Union of Kurdistan in Sulaymaniyah province.

He added that the delegation will discuss with officials in the federal government the transfer of allocations of martyrs and anfal to the owners of the federal government and the unification of laws in the Kurdistan region with the laws in Baghdad and make the rights and privileges of martyrs in the Kurdistan Region equal with their peers in the rest of the central and southern provinces.

Baghdad – Mawazan News
Search, the Kurdistan Regional Government, Nechirvan Barzani, Wednesday, with Russian President Vladimir Putin in the capital Moscow, the development of economic relations between the two sides.
“The meeting was held after the 73rd anniversary of victory,” said Sven Dzai, spokesman for the provincial government, in a statement received by Mawazine News. “Both sides discussed historical relations.”
Dzii said that “was discussed how to strengthen political and economic relations between the two parties,” noting that “President Putin stressed his support for the development of relations with the Kurdistan region.”
The commemoration of the 73rd anniversary of victory over Nazism began this morning with the presence of many heads of state and government including Barzani. Finished