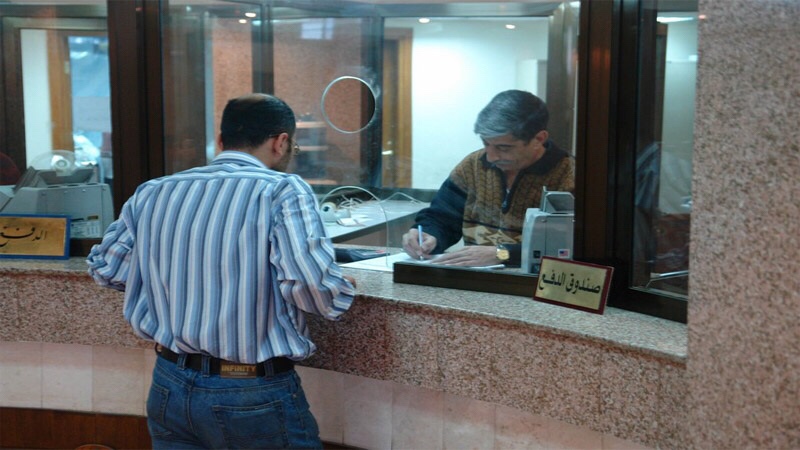 Shafaq News / Rafidain Bank announced the opening of a branch in the Husseiniya area east of Baghdad to provide banking services to citizens.

The bank’s information office said in a statement today that the bank’s general manager Khawla Taleb Jabbar had opened a new branch in the Husseiniya area east of the capital, which would contribute “significantly” to revive the economic movement of the judiciary and ease the burden of employees and retirees in receiving salaries. Banking provides citizens with “the best” financial services to them.

The statement revealed the existence of a plan for the bank to open a number of branches in the coming days.

A security source said on Saturday that the security forces began to enter all the pieces of the maximum warning situation until the end of the elections.

The source told Al-Ghad Press that “the security forces have started to enter into all of their pieces the state of maximum alert,” adding that “the Interior Ministry directed all the members to join immediately.”

He added that “the candidates were also invited to the end of the elections.”

“FedEx informed all its customers in southern Iraq that it has decided to withdraw its goods at Baghdad International Airport due to complex airport procedures and multiple sources of decision between the airports and customs administrations,” the source said.

He pointed out that “there are shipments of the company has been disabled at the airport for more than a month and did not reach its customers.”

He pointed out that “the company decided to go to Erbil airport in the Kurdistan region and cooperate with him in the transfer of goods to customers,” pointing out that “Erbil airport has fast delivery of goods and within hours only.”

The source explained that “the abandonment of the company from Baghdad airport for the benefit of Erbil, will suffer the central government in Baghdad, large funds come from customs and tax.” 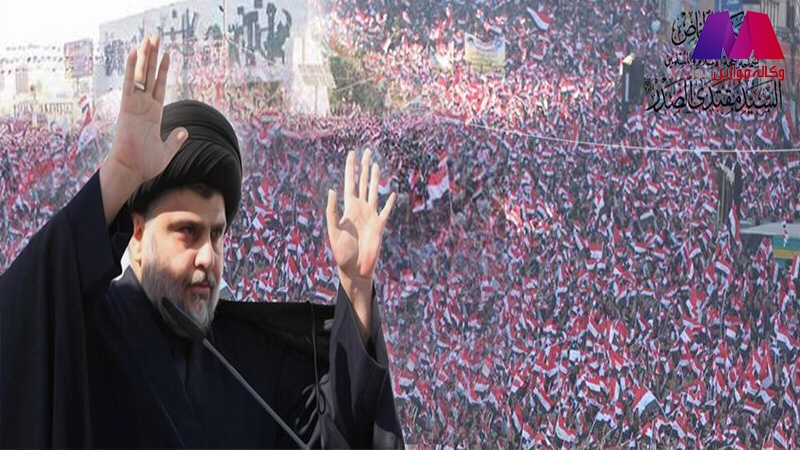 The leader of the Sadrist movement Moqtada al-Sadr, arrived in the capital Baghdad at dawn Friday, to participate in the demonstration of millions in Tahrir Square.

A source close to the Sadrist movement in an interview with / Mawazin News / “Sadr arrived in Baghdad amid tight security.”

He added, “It is hoped that the leader of the Sadrist movement participated in the demonstration called” million “million, which is scheduled to start in Tahrir Square on Friday afternoon.” 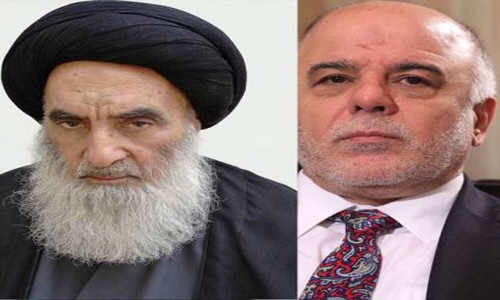 Federal Prime Minister Haider al-Abbadi on Friday expressed his full support for the position and guidance of the supreme religious authority in Najaf.

The media office of Abadi said in a statement PUKmedia said that his government fully supports the attitude of the reference led by Mr. Ali al-Sistani, which included the Friday sermon for this day, pointing out that this platform, which started from the positions that preserved the unity of Iraq and the interests of its people and the doctrine of Jihad,

The highest religious authority in Najaf announced today that it stands at a distance of one of all politicians, warning of the choice of losers in the upcoming elections. 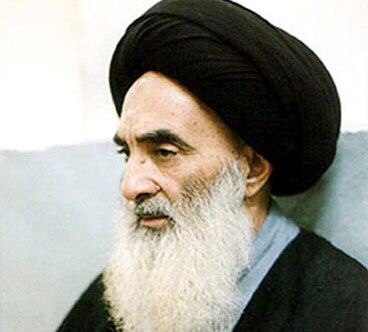 (Baghdad: Al Furat News) We publish the full statement of the Office of the Supreme Religious Reference Grand Ayatollah Imam Ali al-Sistani on the elections of the House of Representatives 2018, scheduled for May 12, and came according to what was read by the representative of the Holy Karbala in Sheikh Abdul-Mahdi Karbalai Friday sermon today:

With the approach of parliamentary elections, many citizens are asking about the position of the supreme religious authority on this important political event. In this regard, three things should be

stated : 1 – Since the fall of the former authoritarian regime, the religious authority has sought to replace it with a system that adopts political pluralism and the peaceful transfer of power through To return to the polls in free and fair periodic elections, believing that there is no alternative to the conduct of this course in the rule of the country if I want a future where the people enjoy freedom and dignity and enjoy progress and prosperity, and preserve its original values and interests.

Hence, the religious authority insisted on the occupation authority and the United Nations to expedite the holding of general elections to allow the Iraqis to decide their own future, by choosing their representatives authorized to write the permanent constitution and appoint members of the Iraqi government.

Today, 15 years after that date, the religious authority continues to believe that the conduct of this course is, in principle, the right choice for the present and future of the country, and that it is necessary to avoid falling into the trap of individual rule and authoritarian rule under any pretext or title .

But it is clear that the electoral process does not lead to satisfactory results except with the existence of several conditions, including: that the electoral law is fair to protect the inviolability of the votes of voters and is not allowed to circumvent them. These include: that electoral lists compete for economic, educational and service programs that can be implemented away from personalization and national or sectarian shipments and media auctions. Including: to prevent external interference in the election order, whether financial or other support, and tighten the penalty for that. Including: voter awareness of the value of their voices and their important role in shaping the future of the country, they do not give to people who are not qualified for the price of low and do not follow the whims and emotions or care for personal interests or tribal tendencies or towards it.

Certainly, the failures that accompanied the past electoral experiences of abuse of power by many who elected or occupy senior positions in the government, and their contribution to the spread of corruption and waste of public money in an unprecedented manner, and identify themselves with salaries and allowances and failure to perform their duties in the service of the people And the provision of a decent life for its children – was not only a natural result of not applying many of the necessary conditions even to varying degrees in the conduct of those elections, which is observed one way or another in the current elections as well, but there is hope that the possibility of correcting the course of governance and reform founder Through the concerted efforts of spare parts of the people of this country and the use of other legal methods available for that.

2 – Participation in these elections is the right of every citizen who meets the legal requirements, and there is no need to exercise this right unless he is convinced of the requirements of the supreme interest of his people and his country. Yes, he should pay attention to They may be far away from their aspirations for their people and their homeland, but in the end, the decision to participate or not is left to him alone and he is responsible for him in every respect. He should take it with full awareness and keen interest in the interests of the country and the future of its sons.

3- The supreme religious authority confirms that it stands at one distance from all the candidates and from all the electoral lists, in the sense that it does not support any person or entity or list at all. All of this is left to the voters’ conviction and their opinions are based on examination and scrutiny. A person or entity exploiting the title of the religious authority or any other title that has special status in the Iraqi people for electoral gains, all the lesson of the efficiency and integrity, and adherence to values and principles, and away from foreign agendas, and respect for the rule of law and the willingness to sacrifice in order to save the homeland Meh citizens, and the ability to implement a realistic program to resolve crises and problems growing throughout the years since.

The way to make sure of this is to see the practical process of the candidates and heads of their lists, especially those who were in positions of responsibility in previous sessions to avoid falling into the trap of deceitful losers, losers or others.

We ask Allaah Almighty to take in the hands of everyone to the best of the country and the goodness of the slaves. He is the guardian of that and he is the most merciful.

(Baghdad: al-Furat News) A source in the Ministry of Finance, the Kurdistan Regional Government on Friday, that the salaries of staff of the region will be distributed according to the schedule, as salaries for the month of February.

And the circulation of activists on social networking sites, the news of saving the salaries of employees of the region for the month of February, pointing out that the salary scale announced on Thursday, for the month of March, and the provincial government resort to pay salaries a month and save the following month, and was saved salaries for the month of 12 last year .

The source in the Ministry of Finance of the region, a press statement, said that “the salaries that will begin to be disbursed next week, are the salaries of the month of February, describing these reports as not true to the fact.