{Brent News} Brent crude prices jumped to $ 75 a barrel.
This is the highest price recorded since 2014
http://alforatnews.com/modules/news/article.php?storyid=163679 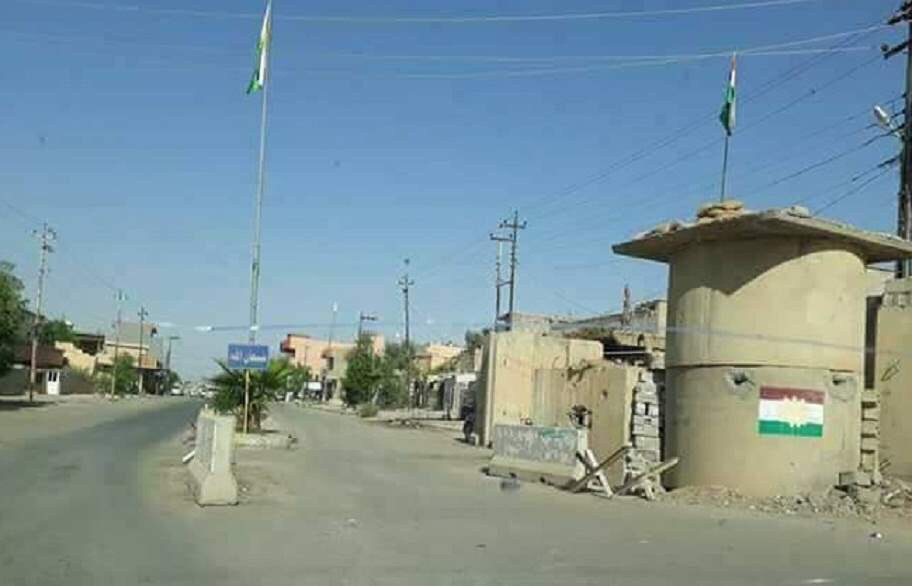 (Reuters) – Rapid reaction forces have vacated a local headquarters of the Patriotic Union of Kurdistan (PUK) in the district of Tuz Khurmato, south of Kirkuk, witnesses said on Monday.

Witnesses said that the headquarters has been completed and the party cadres that were present in it.

On April 10, the Patriotic Union announced the Hamrin Center and two local headquarters in Al-Tuz after a five-month closure after the events of October 16, the deployment of security forces, popular mobilization in the disputed areas and the withdrawal of Peshmerga and security forces.

The Political Bureau of the Patriotic Union of Kurdistan had called earlier today President Fuad Masum, Prime Minister Haider Abadi, and Speaker of the House of Representatives Salim al-Jubouri to resolve the problem of the refusal of the military authorities to return Kurdish parties in the disputed areas.

“After the events of October 16, which lasted more than six months in Kirkuk, Khanaqin, Sinjar, Jalawla, Saadiyeh, Qarbatah and other areas, the military and security authorities still do not allow the return,” the office said in a letter to the three presidencies. Open the headquarters of the Kurdish parties, which are official and legal. ”

The office said that “in conjunction with the launch of the election campaign is still unconstitutional pressures exercised against the Kurdish forces,” referring to “occupation” houses of officials, cadres belonging to the Kurdish regions in the most cities and regions.

“The imposition of military and security authority in this way is contrary to the constitution,” the office said. “The continuation of the policy of confiscating the rights and freedoms of these parties will create bad complaints in public opinion in the disputed areas, We do not rule out it. ”

The office called the three presidencies to speed up and as soon as possible to resolve this legal problem.

ERBIL — A senior Islamic State (IS) leader who is believed to be the deputy of group’s leader Abu Bakr al-Baghdadi, was killed in an airstrike carried out by Iraqi air force on Thursday, said a source.

“Iraqi air forces launched an airstrike targeting a group of IS militants, who were gathering in a building inside the Syrian territories, managing to kill a notorious IS leader, identified as Abu Luqman al-Suri,” the source told Shafaq News, as reported by Iraqi News.

According to the source, the IS leader was in charge of recruiting suicide bombers, preparing and directing them to the neighboring country Iraq to conduct terrorist activities.

Earlier on Sunday, spokesperson for Iraqi Security Media Council Brig. Gen. Yehia Rasool announced that the Iraqi Jets had killed 36 IS jihadists in a cross-border operation inside Syria.

Iraqi PM Haider al-Abadi announced the defeat of the IS in December, last year. However the extremist group has lately re-emerged in most of the liberated areas, carrying out violent terrorist activities against security forces and civilians.

Sent the federal government, another payment of funds allocated to salaries of employees of the Kurdistan region, according to information obtained by “Khandan” from the Ministry of Finance.

Under the agreement between Erbil and Baghdad, the federal government is sending 317 billion dinars a month to the Kurdistan region, and this is the second time that Baghdad sends this amount.

On the 19th of last March, Baghdad sent the first batch of this amount, which contributed to the payment of salaries for the first month of this year to employees of the Kurdistan region.

A delegation from the Kurdistan region, Baghdad, will visit on Tuesday to discuss the issue of closed border ports located within the borders of Sulaymaniyah province.

“A delegation from the Kurdistan region, led by Governor of Abu Dhabi, Governor of the Sulaimaniya, Hafal Abu Bakr, will begin a visit to Baghdad on Tuesday,” said Brigadier General Salar Abdullah, director of Sulaymaniyah passports.

He added that the visit of the delegation of the region to Baghdad aims to discuss a number of files, including the file of a number of ports located within the borders of the province of Sulaymaniyah, which was closed to the movements of citizens and trade exchange.
http://www.xendan.org/ar/detailnews.aspx?jimare=18485&babet=70&relat=8030

The Ministry of Finance and Economy in the Kurdistan Regional Government, announced a new schedule to pay the salaries of Peshmerga forces and retirees.

The ministry will pay this week salaries of the following ministries and departments:

the Kurdistan Regional Security Council and the

Ministry of Peshmerga, 70 and 80 troops in the ministry. 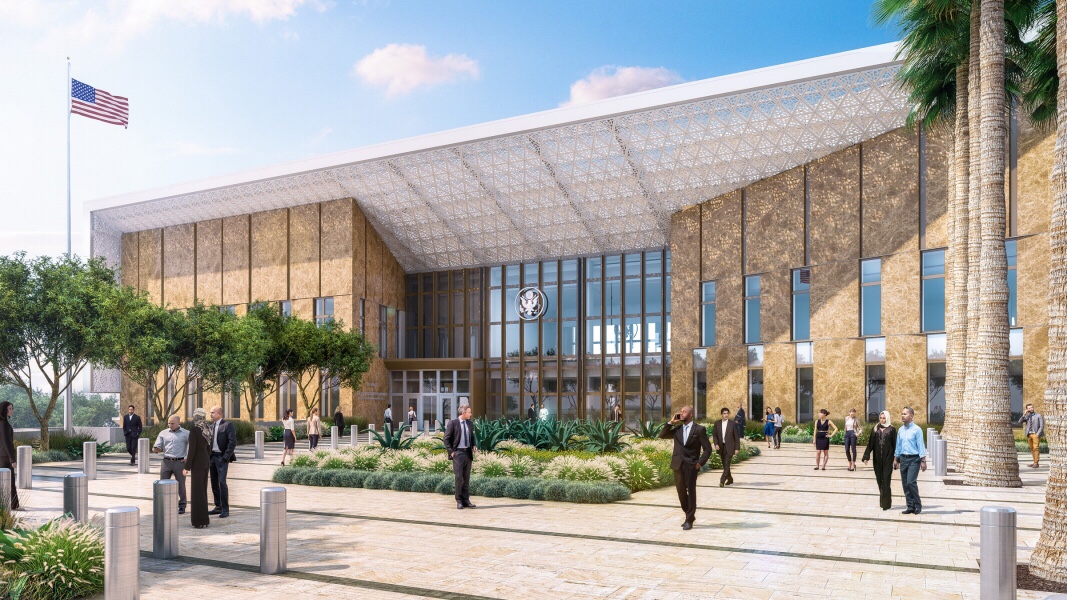 The US ambassador to Iraq, Douglas Seelman, announced the start of the construction of a new consulate in Erbil, something that the head of the Kurdistan Regional Government, a reference to US confidence.

Commenting on the new building, Sulaiman said his country would stand with the people of Kurdistan and look forward to building a bigger, brighter future.

He stressed that the relationship between Washington and Erbil took him to develop according to a democratic federal Iraq.

[Asharq Al-Awsat] The official media of the Patriotic Union of Kurdistan (PUK) announced an agreement to return the Peshmerga to the province of Kirkuk.

The forces of the Peshmerga, and security Asayish had withdrawn from Kirkuk and other disputed areas between Erbil and Baghdad after the Iraqi forces backed by the popular mobilization in a military operation on 16 October against the background of the referendum held by the Kurdistan Region on 25 September in 2017 supported more than 93 Of voters vote for independence from Iraq.

US military commanders met Sunday in one of Kirkuk’s main squares with officials in the province to discuss the return of the Peshmerga.

“The meeting was positive and the Peshmerga was returning to Kirkuk,” he said, adding that the two sides had reached an agreement in this regard.

He added that other measures and local meetings would follow the agreement to return the Peshmerga to Kirkuk.

A few days ago, a Peshmerga force was stationed at a checkpoint in Karangir province 20 kilometers east of Kirkuk province after the withdrawal of the federal police from the point.

The sources said the deployment came in coordination with the Iraqi authorities.

The news comes despite the denial of the President of the Kurdistan Regional Government, the existence of official talks with Baghdad or the United States on the return of Kurdish troops from areas of conflict and

US media sources said that the “international coalition” led by Washington, seeks to involve Peshmerga forces to maintain security in the disputed areas, following Increasing the frequency of armed attacks carried out by an organization calling on the road linking Baghdad and Kirkuk, on the one hand, and between Diyala and Baghdad on the other.

The Peshmerga forces, as well as Asayish (Kurdish private security forces), have taken control of the disputed areas since 2003, but the Kurdish forces withdrew following the redeployment of Iraqi forces in those areas following the independence referendum.

Joint operations between the Peshmerga, the Iraqi army and the international coalition forces have been in place between 2011 and 2014, before the emergence of a sympathetic organization.

The tasks were to “maintain security in the disputed areas of Diyala, Kirkuk, Salahaddin and Nineveh provinces”.

The disputed areas between the Iraqi government and the Kurdistan Region, the most important areas of dispute between the two sides since 14 years and an area of about 37 thousand square kilometers.

Between these areas, a strip of length of a thousand km extends from the border with Syria to the Iranian border, and is located in the south of the three provinces of Erbil, Sulaymaniyah and Dohuk autonomous region.

The disputed areas, where some 1.2 million Kurds live, are located in Nineveh, Erbil, Salahaddin, Diyala and Kirkuk provinces, the most disputed areas between Baghdad and Erbil.

According to a statement issued by the Office of the Governor of Kirkuk, “the meeting, which was attended by the representative of the UNAMI in Iraq, Jan Kubic and coordinator of the meeting, the Ambassador of the Federal Republic of Germany Cyril Jan Nun, and a number of ambassadors of donor countries and supporters of Iraq, and the Governor of Kirkuk Rakan Said Jubouri and Governor of Diyala Muthana Tamimi and Ninoa Nofal Alakoub and Salah Din Ahmed al-Jubouri and Anbar Muhammad al-Halbusi, and representatives of international organizations operating in Iraq. ”

According to the statement, “during the meeting discussed what was achieved in the plan to restore stability of the liberated areas in the field of maintenance and rehabilitation and implementation of projects and the development of service services and revitalize the social and humanitarian and the return of displaced.”

“There are priorities in reconstruction, investment development and restoration,” he said.

According to the statement, “the government has a desire to extend the work of the plan to restore stability until 2019 with the importance of continuing the reconstruction of schools in the liberated areas after being destroyed by the terrorism is urging.”

Kirkuk province governor Rakan Said al-Jubouri, said his office, “Kirkuk is the last province freed from the terrorist, which was half of the province in the hands of terrorism,” stressing that “the efforts to restore stability of the liberated areas work on it daily and visited the liberated areas on the ground and Kirkuk has not yet acted Any amount was, and we hope to spend the funds allocated for the implementation of 292 projects within the plan to restore stability, which has been round to the current budget.

He pointed out that “the work of international organizations is slow and we hope to see a surge in their work, especially with the efforts of its work is rising and good.”

“We demand that there be an effort by international organizations to lift mines in areas of contact and the importance of considering the problem of the destruction of 116 villages that have been destroyed and whose people can not afford housing and the need to rebuild them,” he said, stressing that “Kirkuk is safe, stable and important. Effective and important. ”

He explained that “the privacy of Kirkuk and its being an Iraqi city, we seek to provide Kirkuk support for the reconstruction efforts and the development of the work of service institutions and government to contribute to serve their citizens and support stability, and this requires giving greater importance to Kirkuk”