The Ministry of Oil, on Monday, the importance of the investment of gas associated with oil operations in the fields of Dhi Qar province and the conversion of energy that burns to useful energy adds large quantities of gas to national production.
Oil Minister Jabbar al-Allaibi said in a statement on the sidelines of his meeting with the director of GE in Iraq, Tawfiq al-Ezz and the accompanying delegation, that “the ministry plans to cooperate with international companies to invest in gas and stop burning, including General Electric, Iraq, a number of projects in the field of oil and energy, “noting that” the ministry and the company put final touches to the contract of investment gas associated with the fields of Dhi Qar, which is hoped to conclude before the end of this month. ”
He added that the contract is one of the important contracts in terms of gas investment, and there are many contracts for gas investment in other provinces, stressing the need to involve Iraqi companies and provide employment opportunities for workers, as well as the construction and construction of housing complexes for workers in the oil sector.
During the meeting, they discussed ways to enhance joint cooperation and expand prospects for bilateral cooperation in the oil and gas industry in Iraq.
For his part, the director of the company (GE) in Iraq, Tawfiq Ezz, according to the statement, that his company is working in this direction and is continuing to complete all procedures to sign the contract in addition to the involvement in the work Iraqi company in the project and the operation of Iraqi hands in the project and the rest of its other projects, His company to develop joint work with the Ministry of Oil to achieve upgrading the oil and gas sector in Iraq.

Kurdish source revealed early on Monday, the agreement of the Federal Technical Commission with the Ministry of Finance of the Kurdistan region to support the sub-central bank in Erbil and Sulaymaniyah financial liquidity, indicating that the delegation discussed the delivery of oil and non-oil imports to Arbil to Baghdad.

The source told Mawazine News that “the head of the Central Bank Ali Alalak, who is visiting Erbil, the volume of oil and non-oil revenues to the Kurdistan region and how to deliver them to Baghdad.”

The source, who spoke on condition of anonymity, that “the technical delegation also discussed the number of employees in the region and ways to provide salaries as well as discuss the financial relations between the Ministries of Finance in Baghdad and Erbil.”

The source pointed out that “Alaq promised to support the banking sector in the Kurdistan region, especially the branches of the central bank in Sulaymaniyah and Erbil with financial liquidity.”

Relations between the center and the region have deteriorated following the Kurdistan referendum referendum secession from Iraq and the imposition of federal government sanctions to discourage Arbil from the step ended the process of security in Kirkuk and the disputed areas.

“A delegation from the Ministry of Interior of the Kurdistan Region will visit Baghdad on Tuesday, according to an informed source.

The source told Ashqaf News that an internal delegation consisting of officials of passports, travel and nationality, and information will arrive in Baghdad tomorrow and meet with officials in the Federal Interior.

The source added that the delegation will discuss a number of common technical issues and how to organize their work.

After the referendum held by the Kurdistan Region on the 25 of last September, the federal government in Baghdad took a number of punitive measures against Erbil, which closed the airports to international flights and some border crossings, in addition to a military campaign in the disputed areas and the deployment of Iraqi forces and the crowd Popular after the withdrawal of the Peshmerga and Asayish forces.

20:53
Last updated
The time now is 09:35 PM
Baghdad / Al-Ghad Press:
Spokesman for Joint Operations, Brigadier General Yehia Rasool, denied on Monday that there was an agreement between Baghdad and Erbil to demarcate the borders of Kurdistan.
“The joint operations deny the circulation of an agreement between the central government and the territorial government on the demarcation of the border between the Kurdistan region and the center on the Blue Line and the return of the Peshmerga and Asayish forces to the pre-imposition of the law,” Rasul said in a statement received by ” .

He added that “we also deny that the signing of the joint operations commander Major General Maan al-Saadi with the Ministry of Peshmerga on the agreement and the opening of an operations room in the province of Kirkuk and Kfri area of ​​high-level officials of the federal government and the provincial government.

The federal government imposed earlier control of the province of Kirkuk and the disputed areas, and forced the Kurdish forces to return to the Blue Line, after the territory to hold a referendum, which aims to separate Kurdistan from Iraq.
https://translate.google.com/translate?depth=1&hl=en&rurl=translate.google.com&sl=ar&sp=nmt4&tl=en&u=http://www.alghadpress.com/

Aims to develop and improve the public sector …

A sub-office of the United States Agency for International Development (USAID) opened in Erbil, the capital of the Kurdistan region, on Monday, March 12, in the presence of Deputy Prime Minister Qubad Talabani, US Ambassador to Iraq Douglas Seelman and US envoy to Arbil, John Leicester.

In a press conference on the sidelines of the opening, the Deputy Prime Minister of the Territory, the opening of the Office of the International Development Agency in the Kurdistan Region is a joint work between the region and the United States of America, and shows the support and support of America to the region.

Talabani stressed that the reforms carried out by the Kurdistan Regional Government are serious reforms and not just slogans.

The Agency’s project was based on an economic and financial reform program and a project complementary to the reforms of the territorial Government.

The size of the project development agency $ 160 million, and aims to develop and improve the public sector in the Kurdistan Region.

John Leicester, an envoy of the US Development Agency in Erbil, said the project seeks to change the lives of citizens and the level of services.

“We are pursuing a large-scale project, and we attach great importance to the region that needs assistance,” he said.

The announcement came about a month after the Iraq Reconstruction Conference, held in Kuwait in mid-February.

In a press conference in Erbil, Ali Mohsen Al-Alaq said that they are in touch with the Kurdish ministry of finance, discussing the banking system and taxation between Erbil and Baghdad.

He also said that the money are now in a branch of the central bank in the capital city, so they can pay the salaries of the Kurdish public servants whenever the Iraqi PM Haider al-Abadi makes the decision. 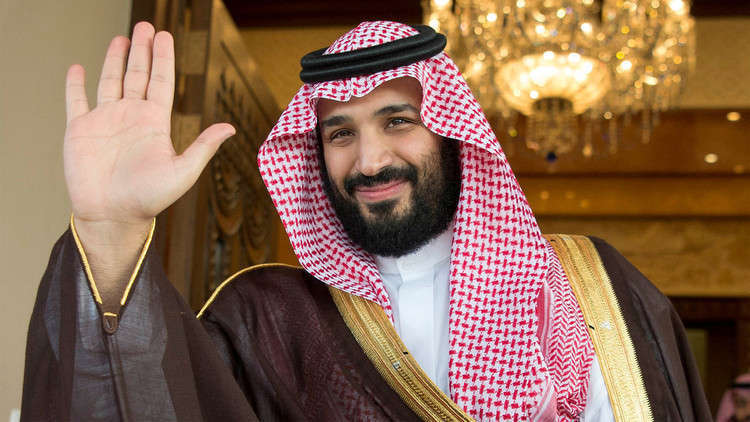 A source familiar with the authorities in Baghdad and Najaf is preparing to receive the Saudi Crown Prince Mohammed bin Salman, who will pay an official visit to the country soon, and revealed the content of his visit.

“The first day will witness the signing of agreements with Prime Minister Haider al-Abbadi, while the second day will witness a historic visit to Najaf, where the Crown Prince will meet with religious leaders,” the source said.

The schedule of Ibn Salman’s visit also includes participation in the official opening ceremony of the Arar border port between Iraq and Saudi Arabia to resume the trade exchange between the two countries and the opening of the Saudi embassy in Baghdad and its consulate in Najaf.

The source added that Ibn Salman will lead a high-level delegation consisting of ministers, government officials and businessmen. He said the visit comes at the invitation of Iraqi Prime Minister Haider al-Abadi and an arrangement of politicians and officials who have recently visited Saudi Arabia.

The Saudi Crown Prince’s visit is the first of its kind carried out by a Saudi official at this level since 1989.

Saudi Arabia donated $ 1 billion to Iraq during the Kuwait International Conference for the Reconstruction of Iraq in February, in addition to $ 500 million to finance Saudi exports to Iraq and to begin distributing the Saudi grant to organizations Iraqi relief amounting to 20 million dollars.

A new phase in the relationship between Saudi Arabia and Iraq was inaugurated after Saudi Foreign Minister Adel al-Jubair visited Baghdad in February last year, the first of its kind in more than a quarter of a century.

Oil Minister Jabbar Ali Hussein Al-Liibi, the US ambassador to Baghdad, met with Douglas Seleman and his accompanying delegation during the meeting to discuss means of boosting bilateral cooperation in the oil and gas sector.
The Minister stressed the importance of strengthening the relationship and developing it in all fields, especially in the oil and gas industry, calling on US oil companies to participate in investment projects in this sector as well as in the sectors of refineries and infrastructure and other projects.
For his part, the US ambassador in Baghdad, “Douglas Silliman,” the desire of his country’s companies to strengthen cooperation with Iraq at all levels, especially in the oil industry gas.

The governor of the Central Bank of Iraq, on Monday, that the delegation of the federal government, which is visiting Erbil, is currently working on the unification of taxes in the Kurdistan Region.

Al-Alak said in an interview with reporters from Arbil that the visit of the government delegation by the federal government to Erbil aims to coordinate on the collection of taxes and standardization and work to remove the obstacles in this regard, adding that the delegation works to activate the role of the Central Bank in the Kurdistan Region.

A delegation of the Iraqi government arrived in Erbil, headed by Ali Alaq and the membership of Deputy Minister of Planning and representative of the Civil Aviation Authority.

The visit comes after Iraqi Prime Minister Haidar al-Abadi said during the weekly press conference last Tuesday that the employees of the Kurdistan region will receive their salaries, in addition to the airports of Arbil and Sulaymaniyah will resume their international activity, before the holiday of Norouz.

“We expect the salaries to be released in the next few days,” said Izzat Saber, a member of the finance committee of the Kurdistan Regional Parliament.