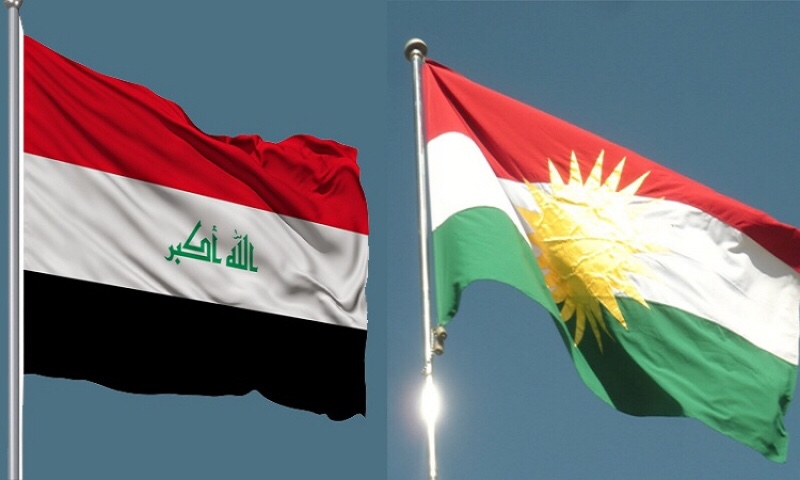 An Iraqi delegation arrived in Arbil on Sunday evening on a visit aimed at resolving outstanding issues between Baghdad and the Kurdistan Region.

The Iraqi delegation is headed by the Governor of the Central Bank Ali Alalak and will discuss outstanding financial issues between Baghdad and the Kurdistan Region.

The Iraqi delegation, which was received by the Minister of Finance in the Kurdistan Regional Government (ROPZ), is scheduled to begin its schedule of meetings on Monday.

Arbil and Baghdad exchanged delegations during the last period, which led to a breakthrough in the crisis between the government of Baghdad and the provincial government.

The crisis erupted between Erbil and Baghdad violently after the Kurdistan Region held a historic referendum on 25 September last for independence from Iraq and won the support of 92.73% of the votes of participants, but Baghdad responded to the right of self-determination Kurdish unjustified and took a series of collective punishment measures against Kurdistan in addition to For its military attack on Kurdish areas outside the administration of the Kurdistan Region or called B (disputed).

Baghdad has banned international flights to airports in Kurdistan and has asked to check the lists of its employees before paying their salaries as part of its punitive measures against the province.

The spokesman for the Kurdistan Regional Government, Sven Dzahi, said earlier in the day that an Iraqi government delegation is scheduled to arrive in Erbil to determine the mechanisms of paying salaries and opening airports.

Iraqi Prime Minister Haidar al-Abadi reiterated in his last press conference last Tuesday that his government would rescind the ban on international flights and that the salaries of its employees would be paid before the Nooruz holiday on March 21.

Baghdad extended the ban on international flights at Erbil and Sulaymaniyah airports, the last of which was on Feb. 26, with the decision ending by the end of May.

Iraqi government spokesman Saad al-Hadithi said recently that the technical committees between Erbil and Baghdad have settled many files in relation to airports, especially customs and passports.

The committees are still discussing the security file of the international airports in the region, according to modern.

{Erbil: Euphrates News} A government delegation from Baghdad, representing the Ministry of Finance headed by the Governor of the Central Bank Ali al-Alaq arrived in Erbil to discuss matters related to the financial aspect between the center and the region.

Sources in the Kurdistan Regional Government said today that “the visit of the delegation of the Iraqi Ministry of Finance is for the purpose of research on issues related to the revenues and imports of the Kurdistan Region and to discuss other issues.” 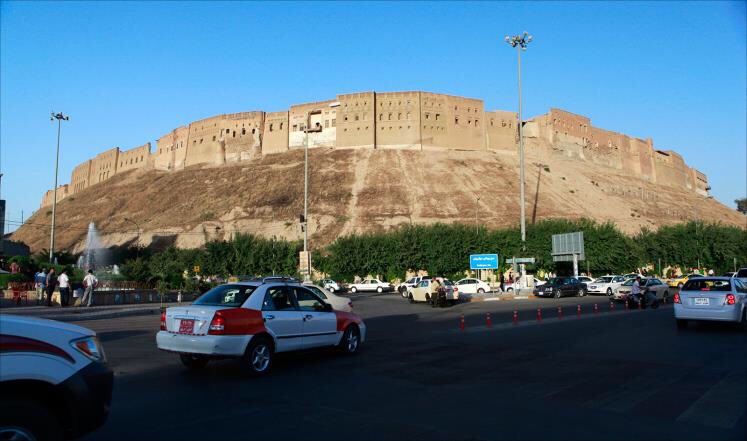 A delegation from the Iraqi government arrived in Arbil on Sunday evening.

The delegation is headed by the Secretary General of the Council of Ministers Mahdi Al-Alaq and the membership of Qasim Attiyah, Deputy Minister of Planning and a representative of the Civil Aviation Authority.

The visit comes after Iraqi Prime Minister Haidar al-Abadi said during the weekly press conference last Tuesday that the employees of the Kurdistan region will receive their salaries, in addition to the airports of Arbil and Sulaymaniyah will resume their international activity, before the holiday of Norouz.

He told an informed source, Twilight News, that the visit of the delegation of the federal government will discuss the outstanding issues between Baghdad and Erbil, in order to find a solution to the differences and agree on a number of things, which comes as an update of what was discussed during previous meetings between the parties.

The Iraqi government imposed an international air embargo on Erbil and Sulaymaniyah airports on September 29, in response to Kurdistan’s holding of the referendum. 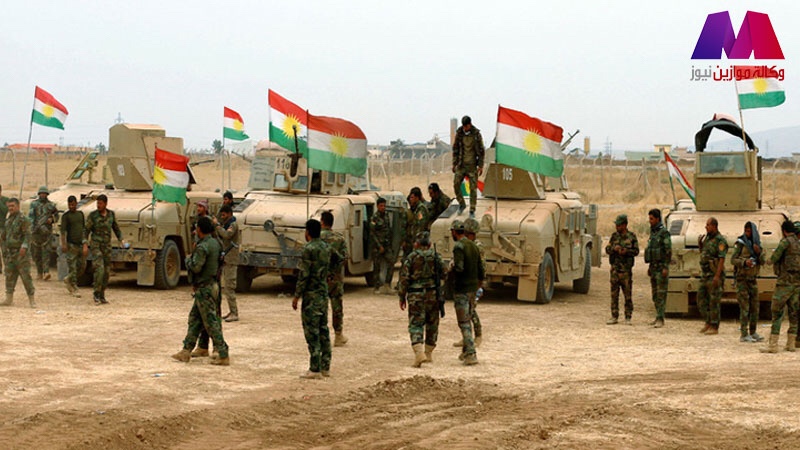 The Deputy Chief of Army Staff for Operations in the Ministry of Peshmerga Major General Qaraman Kader, expressed the intention of the United States of America to hand over $ 395 for the Peshmerga forces to Baghdad instead of Arbil.

“The American aid was directly handed over to the Peshmerga in the past years during the war against the terrorist organization, but after the referendum and the imposition of the law in Kirkuk, the authority was given to take the money to Baghdad,” Kader said in a statement reported by Kurdish media.

“The specific amount of the US budget for 2018 in aid of the Peshmerga forces of 395 million dollars, as salaries to the Peshmerga will be delivered through Baghdad and not directly to the Kurdistan region.”

“The federal government refused to send the money directly to the Peshmerga, but through a new mechanism,” Kader said 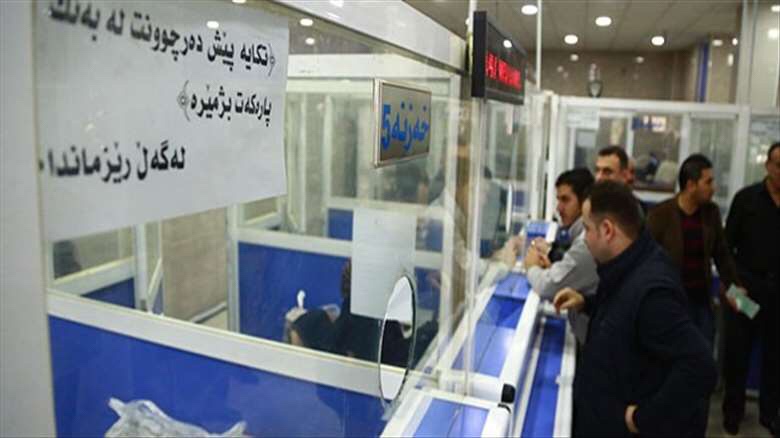 Twilight News / announced the Kurdistan Regional Government, for the preparation of new lists of salaries of employees.

He pointed out that the Ministry of Finance of Kurdistan has prepared a new list of salaries of staff of the ministries of the region.

And after the crisis raised by the adoption of the budget in the Iraqi parliament, and the opposition Kurds that the reduction of the budget of the Kurdistan Region will prevent the ability to pay all the salaries of regional staff, promised the Iraqi Prime Minister Haider Abadi solve the problems of salaries of employees of the Kurdistan Region and airports before the holidays ”

It is noteworthy that the Iraqi parliament was cut last week budget ratio of the region in the general budget from 17 to 12 percent, before the percentage increase in a subsequent amendment to 14 percent.

Baghdad / .. The MP of the Kurdistan Alliance Mohsen al-Saadoun, Sunday, that the Kurdish blocs will attend the House of Representatives next Tuesday, indicating that the coalition authorized the heads of Kurdish blocs to accept the budget or stay on the rejection.

“The meeting of the House of Representatives next Tuesday will include important laws concerning the Arab people, Kurds and Iraq as a whole and that the Kurdistan Alliance will attend the meeting to discuss the important laws in parliament.”

And ratified the House of Representatives early this month on the budget 2018 after political differences between the Kurdish blocs and the National Alliance blocs and the Union of Forces. Finished

The head of operations at the Central Bank, Sunday, said that the reserve currency in the Central Bank exceeded (50) billion dollars.
He added that the time has come for banks to diversify their portfolios by settling salaries through ways to attract traders and importers who are more familiar with the market and should work in this direction in the future.
He pointed out that “the improvement of the value of the Iraqi dinar against the dollar recently, is not a new phenomenon, but the outcome of the work continued for a full year, was through the identification of significant measures on the process of presentation of currency and address the violations of demand.
Dagher added that the central bank was able to achieve high stability of the upper and lower limits to the dollar against the dinar, and then moved to a new situation this year were new procedures adopted classification and scrutiny as well as offer.
He added that “the official price target of the dollar is 1200 dinars per one dollar and that the gap in the exchange market in the presence of a fixed price adopted by the central bank is available in many economies, an acceptable change.”

{Baghdad: Euphrates News} very soon issued a command to open the Danish airports in the Kurdistan region.
According to informed sources told the {Euphrates News} that “the order of the Danish will be issued (very soon) open airports in the Kurdistan region
He explained that” the Diwani order will be issued after the agreement on the powers of the federal government on it. ”
Prime Minister Haider Abadi, said at his weekly press conference , Tuesday, open airports in the region before international flights before Nowruz solutions.
and launched from Sulaymaniyah airport last week , the first international flight, after a break of five months to Saudi Arabia for the transfer of a number of pilgrims after the approval of Prime Minister Haider al – Abadi on them.

The resumption of flights Umrah is the first International Air Traffic Kurdistan after the prevention of Baghdad international flights to and from the airports of Erbil and Sulaymaniyah in September 2017, within the package of measures taken by Baghdad against Erbil after the referendum on the independence of Kurdistan.

[Ayna-Baghdad]
The media office of the Vice-President of the Republic, former Prime Minister Nuri al-Maliki, defended the Russian arms deal concluded by his government in 2012 and has been accused of many corruption charges.
“The site of the [Munit] US yesterday a report on the arms deal, which Iraq sought to conclude with the Russian Federation in 2012, which was canceled by the previous government for suspicions of corruption in them.”
The statement added that “in order to clarify the facts, we confirm that the data contained in the report published on the site fall within the allegations are false and not based on any facts.”
He pointed out that “the report attributed his information to unknown sources, and also omitted to mention the names of the preliminary investigations proved relevant, while mentioning other names are not related to the transaction mentioned above.”
He added that “the position of the government at the time was clear from the circumstances of the transaction and suspicions of corruption that accompanied, so he decided to cancel it and the formation of a more specialized committee to complete the transaction and complete it accurately and transparently high.”
The statement pointed out that “the efforts made by the previous government in the investigation and prosecution of those named in the deal was great, especially after the investigations proved the involvement of some government employees and the consequent action was taken against them, as well as the completion of the transaction with high transparency and access to the weapon required shares Largely in helping Iraq to win over the preacher at a time when the world remained spectators on what happened. ”
The government of former Prime Minister Nuri al-Maliki concluded in 2012 a deal with Russia to supply Iraq with various weapons, worth 4.3 billion dollars, and raised many suspicions about corruption and the opening of parliament to investigate and submitted to the Supreme Judicial Council and integrity without announcing the results.
http://www.alliraqnews.com/modules/news/article.php?storyid=71846

– The decision of the Finance Committee parliamentary Ahmad Hama Rashid, on Sunday, the date of payment of salaries of officials of the ministries of education and health in the Kurdistan region, noting that Prime Minister Haider Abadi, intends to end all outstanding differences with Baghdad this month.

Rashid told Mawazine News that “Abadi told the Kurdish blocs during his meeting with the committee several days ago his intention to pay the salaries of officials of the Ministries of Education and Health on March 15.

He added that “Baghdad and Erbil continue to audit the names and preparation of employees of other ministries in the Kurdistan region, to be handed over salaries by the Center after the completion of the audit ministries of health and education in the region.”

Rashid pointed out that “the central government reached a semi-final agreement with the government of Kurdistan, on the management of airports and border crossings and what will remain during this month to withdraw what was confirmed by Prime Minister Haider Abadi.”

Tensions between the governments of Baghdad and Arbil increased after the former regional president Massoud Barzani held the results of an unconstitutional Kurdistan referendum and sought to annex Kirkuk to the region. This led to orders from the commander-in-chief of the armed forces, Haidar al-Abadi.

Massoud Barzani left office on Wednesday (November 1, 2017), leaving his nephew, Nigervan Barzani, “to reconcile with the central government in Baghdad and with neighboring countries and with rival Kurdish parties after the failure of a referendum on independence.”