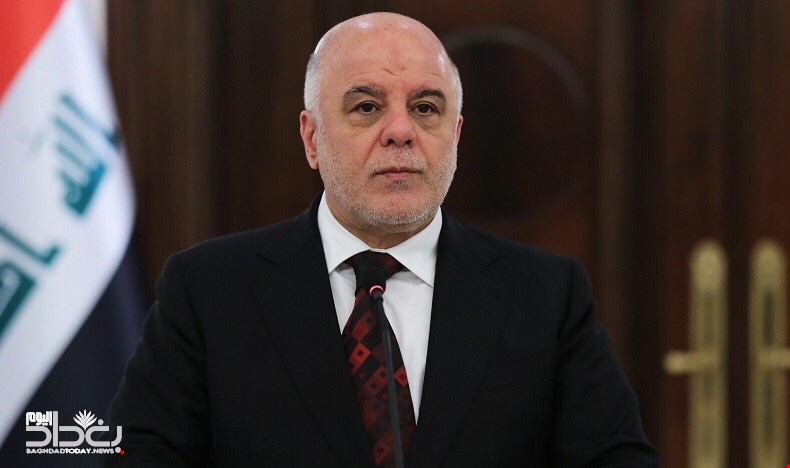 The newspaper “The Wall Street Journal” in a report published Friday, the survival of Prime Minister Haider Abadi in office after the next election, while indicated that the alliances after May, who will decide the form of the next government.

The pro-Iranian Shiite factions, inspired by Hezbollah, also act as political parties, and as with Hezbollah, their ability to exercise political power within Prime Minister Haider al-Abadi’s government and abroad is derived from their weapons, By the total votes they will receive in the May 12 elections. ”

“The multiplicity of political forces and the influence of Iran and the fragmentation of the Iraqi parliamentary system means that post-election bargaining will determine the course of the state rather than the elections itself.”

“Nothing fundamentally changes in the way Iraq is governed,” the paper quoted Haddad, an Iraqi political specialist at the National University of Singapore, as saying.

Haddad added: “The election is likely to result from another coalition government headed by Abadi”

“There is no coherent opposition that can easily outperform it,” Haddad said.

[Asharq Al-Awsat] The meeting of President Fuad Masum ended Friday evening with the Kurdish blocs in the Iraqi Council of Representatives on the federal budget for the current year with little results.

According to the information obtained by the Twilight News, another meeting between the two sides will be held tomorrow will be complementary to the meeting this evening.

According to information also, the Kurdish blocs will continue boycotting the meeting of the House of Representatives on Saturday, which will complete the vote on the rest of the paragraphs of the budget.

And held the three presidencies of Iraq yesterday meeting in the house of infallible to discuss the budget, but without the link to a result.

He warned the Office of Prime Minister Haider Abadi of the danger of disrupting the adoption of the federal budget.

Saad al-Hadithi, spokesman for the prime minister’s media office, said in an interview with the twilight news that “disrupting the adoption of the public budget is irresponsible and will seriously damage the interests of the Iraqi people and hamper the work of state ministries.”

He called on the House of Representatives to “assume its responsibilities in urging its members to speed up the vote on the budget law to enable ministries and state institutions to carry out their duties and provide services to citizens.”

“We deeply regret the repeated withdrawals aimed at disrupting the quorum and preventing the passage of the budget without paying attention to the consequences of the disruption. We are aware of the seriousness of continuing to delay the adoption of the budget and its negative impact on the interests of the people, economy and services.”

(Baghdad: Al-Furat News) The President of the Republic, Fuad Masum, on Friday, with the heads of the Kurdish blocs in parliament, to discuss the draft federal budget law for 2018.
“The meeting was held in the house of the President of the Republic, in the presence of the heads of the Kurdish blocs, and the second deputy speaker of the parliament, Aram Sheikh Mohammed,” said the decision of the Parliamentary Finance Committee, Ahmed Haji Rashid.
The decision of the Finance Committee said earlier that “the meeting aims to determine the final position of the Kurdish issue of the federal budget.”
Rashid added: “There are three points will be the focus in our meeting today, and is the share of the Kurdistan region in the federal budget, and discuss the non-constitutional items that came within the draft budget, as well as salaries of the Peshmerga forces.”
The Iraqi parliament had voted yesterday on 12 articles in the budget boycott of the Kurdish deputies to protest against the reduction of the share of Kurdistan in the budget from 17 to 12.6%.
http://alforatnews.com/modules/news/article.php?storyid=160544

A member of the National Alliance, MP Ahmed Salal al-Badri, on Friday, stop the deductions of salaries of employees and return retroactively, in addition to the allocation of 2 trillion dinars to modify the salaries of the popular crowd.

“The House of Representatives has committed Prime Minister Haider Abadi to grant the popular crowd the amount of 2 trillion dinars, to modify their salaries as their counterparts in the armed forces, in addition to the return of salaries withdrawn from the crowd.”

He added that “Parliament voted to cancel the deductions of salaries of employees, amounting to 3.8 and return them retroactively for the months of January and February of this year.”

He pointed out that “the parliament was hoping to vote on the rest of the paragraphs of the budget, but the disruption of the quorum and the opposition of some of them prevented the vote on all paragraphs and postponed to Saturday.”

Erbil – Iraq Press – March 2: Informed sources in Arbil, on Friday, the resumption of salaries of staff of the region during the next week.

A Kurdish parliamentary source said on Friday that the Kurdish blocs will resort to the Federal Court to challenge the budget decision on the share of the region.

The source told the correspondent of the agency / information /, that “the Kurdish blocs, whether the opposition or loyal to them, is very disappointed at the continued intransigence of Baghdad and deal with the high demands and financial dues.”

The source, who preferred not to be named, that “the Kurdish blocs will have to resort to the Federal Court (the highest judicial authority in the country) to challenge the budget and items for the region.”

The House of Representatives approved the addition of 50 thousand functional grades in the general budget for 2018 to the Ministries of Defense and Interior.

The head of the security committee in parliament, the governor of Zamili, on his official page on Facebook, he submitted a request to the Speaker of the House of Representatives, “to include the paragraph of the return of the dismissed and broken contracts in the budget and got approval of the stairs and will be read tomorrow.”

BAGHDAD / An official source from the Kurdistan region, Friday, that the resumption of the payment of salaries of the region’s employees starting next week, the distribution of salaries of retirees and 108 billion dinars.

He added that “the salaries of retirees amounted to 108 billion dinars, including retired military and civilian, and about 244 thousand retirees.”