“Twilight News / Speaker of the House of Representatives Salim Jubouri on Wednesday, the members of the Council to attend the meeting on Thursday to vote on the federal budget.

Jubouri said in a statement that “delaying the adoption of the budget will cause a significant obstruction in the work of state institutions, especially in light of the current financial and economic situation, and will cause the growing market stagnation and slow trade, as well as political problems that will result from this delay.”

He stressed that “we all aspire to achieve more achievements and work to consolidate permanent stability through the preparation of economic and development conditions, and the need to look seriously and realistically to the conditions of citizens and work to improve the living conditions and service them, and the general budget is the most positive factors to achieve it.”

He called the Speaker of the House of Representatives all members of the Council to attend the session Thursday to vote on the budget and not to repeat the mistakes of the previous.

Sunni forces in the Iraqi parliament have also rejected the budget law for devoid of financial allocations for the reconstruction of the provinces that have been restored from state control and the return of displaced people. 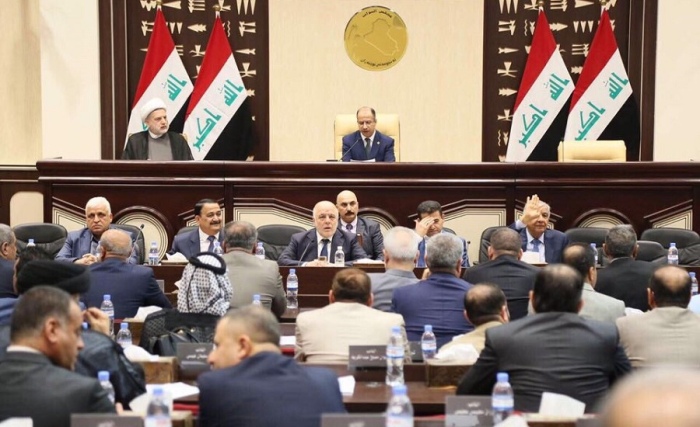