Skip to content
HomeCommission: There is only the signature of Abbadi to pay the salaries of two Kurdish ministries

A member of the Finance Committee in the Parliament of Kurdistan Region Izzat Saber on Friday concluded the audits of the staff of the ministries of health and education in the region by the federal government.

“There is only the signature of Prime Minister Haider Abadi to pay a salary of one or two months to the employees of the region,” Saber told the news agency.

He explained that “even if the federal government dismissed that, the issue of salaries has not been fully resolved and will remain sluggish and complacent settlement of an agreement between Baghdad and the Kurdistan Region on the file of oil revenues of the latter.”

The federal government in Baghdad has sent delegations from the Department of Financial Control in Baghdad to the Kurdistan Region to audit the salaries of employees and employees in the departments and institutions and ministries of the region.

It is noteworthy that the Federal Prime Minister Haider Abadi promised on several occasions and conferences to pay salaries in the region, but he has not yet fulfilled his promises to come out several demonstrations against him in Kurdistan, and is subjected to severe criticism and accusations of “lying” by Kurdish officials. 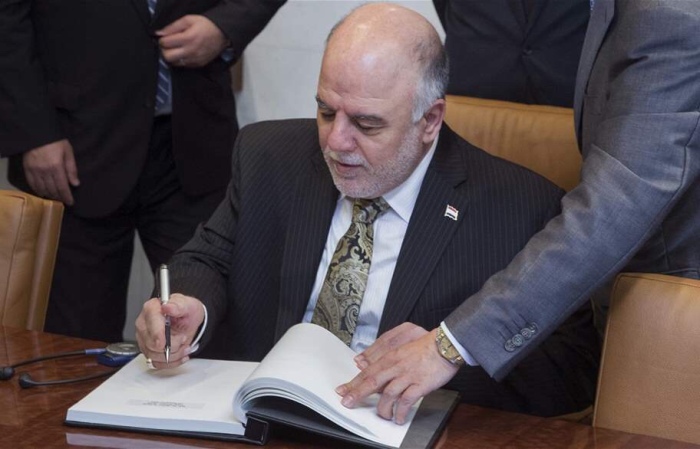