Mr. Prime Minister Dr. Haider Abadi arrives at the parliament building and holds a meeting with representatives of the Kurdistan Alliance in the presence of the Finance Committee on the budget. 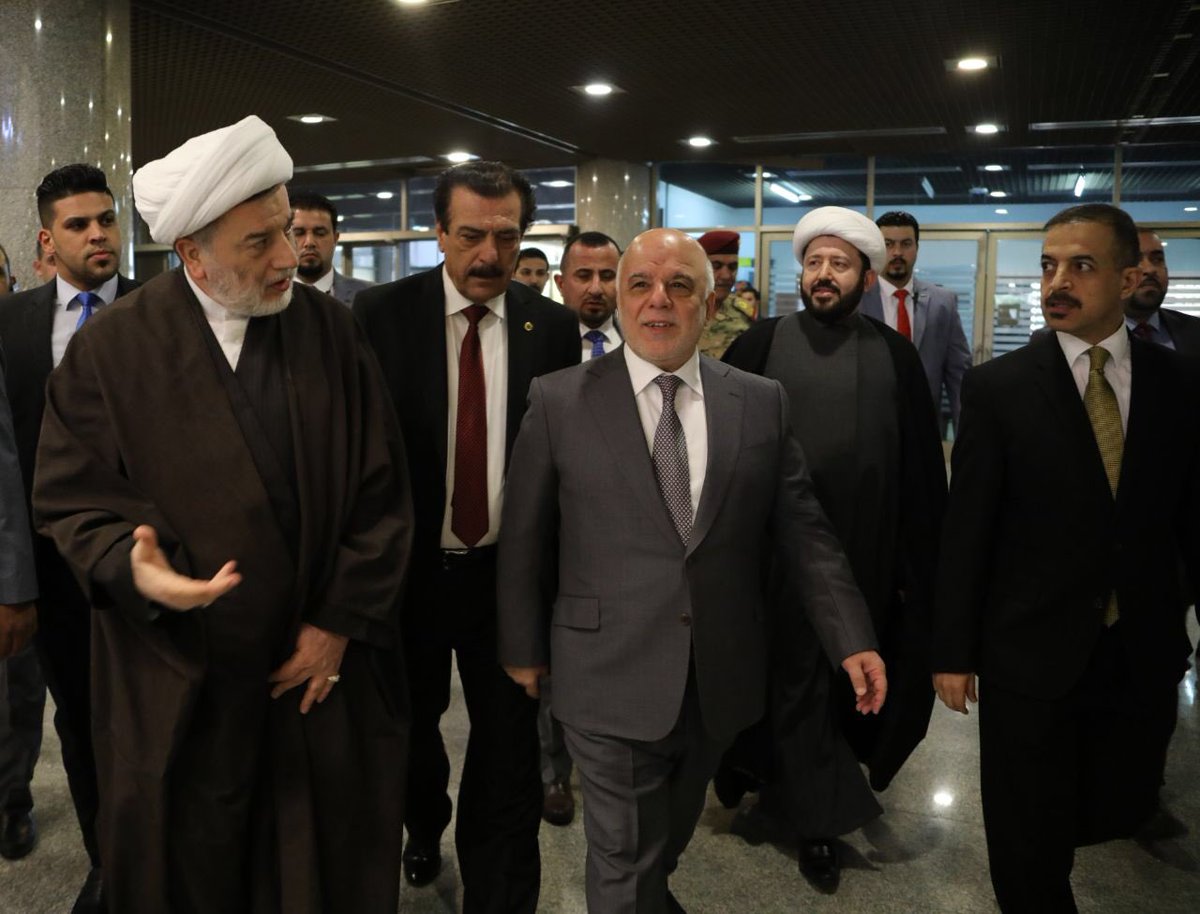 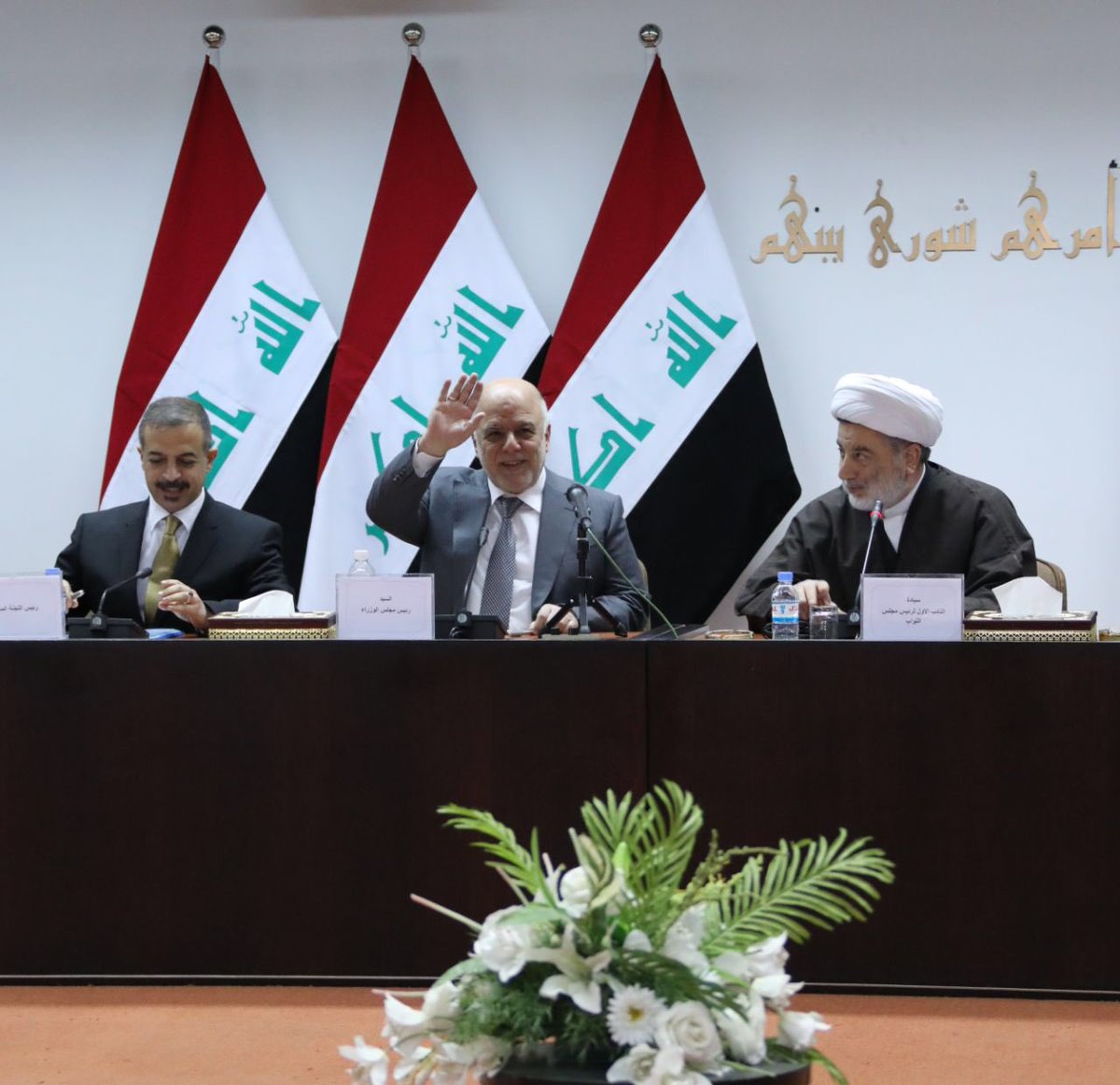 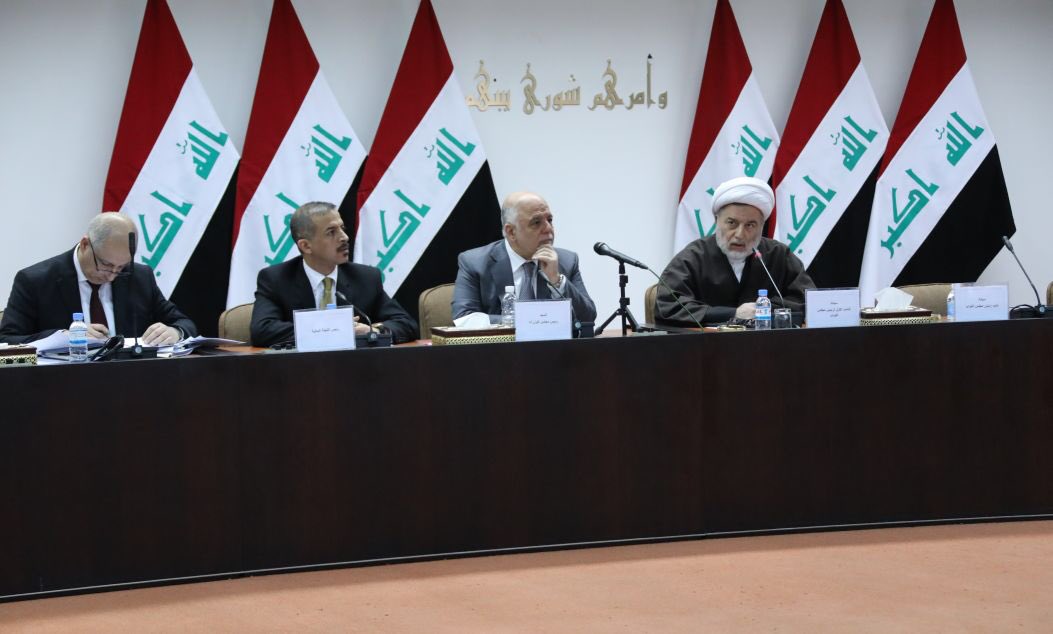 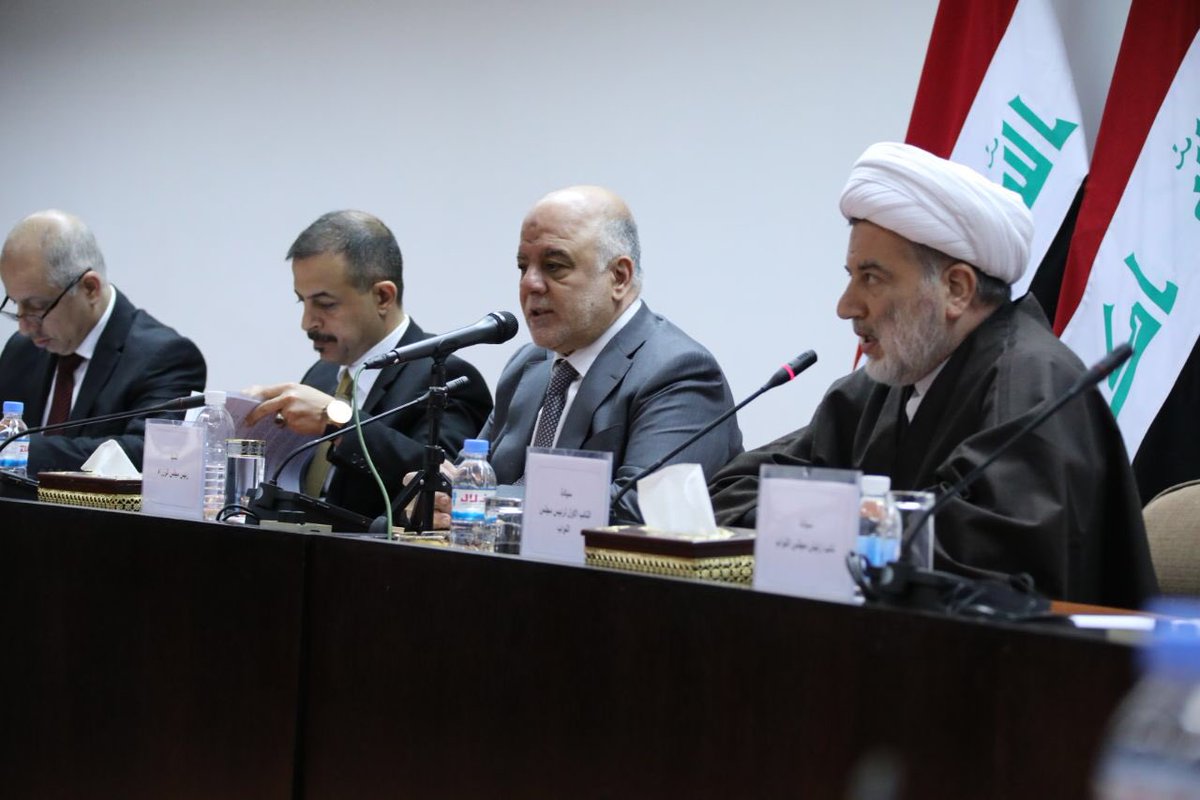 The federal government delegation, which is visiting Erbil, reached a “tentative” agreement on six points of contention between the central government and the provincial government.

“The points that we agreed in principle with the delegation of Baghdad, which visited Erbil for two weeks is six points, has been signed the minutes of the agreement between the government and the delegation,” a spokesman for the Kurdistan government Sven Dzai told a news conference.

He added that “a copy of the minutes of the agreement has been sent to the federal capital to be handed over to Mr. Abbadi in order to ratify it.”

“No date has been set for lifting the air embargo on airports in the Kurdistan region,” he said.

“Last year, I also pledged that we would work with our allies to extinguish ISIS from the face of the Earth… We will continue our fight until ISIS is defeated.” #SOTU 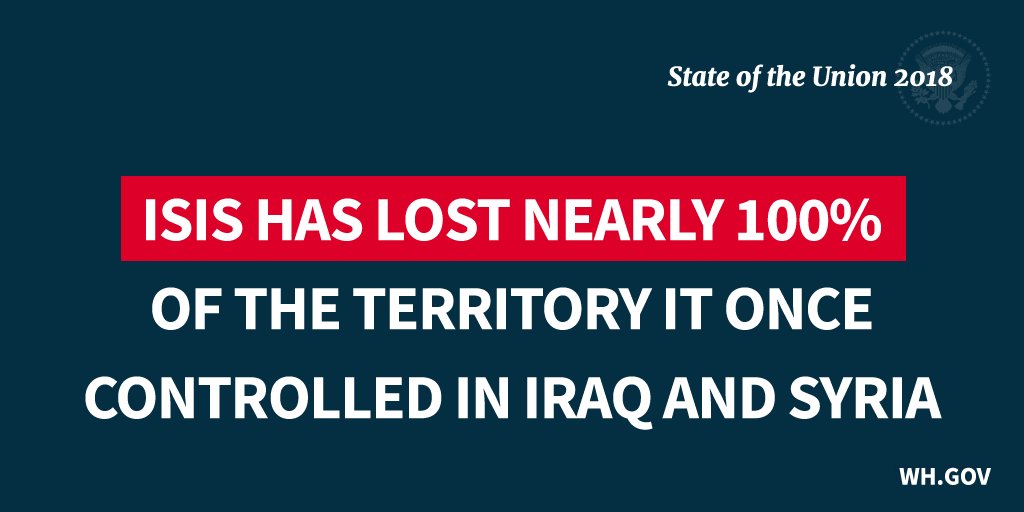 [Ayna-Baghdad]
The Joint Operations Command announced on Thursday the end of the tasks of the War Media Cell after the announcement of the final and complete victory over the terrorist gangs in Iraq.
“After the end of the military operations, which culminated in the great victory and the liberation of all of our land from the profanation of terrorism, we announce the end of the work of the Military Information Cell, which made an outstanding effort during the war against gangs that support terrorism,” the statement said.
It also announced the formation of a security information center which will provide the media with security information and facilitate their tasks.
http://www.alliraqnews.com/modules/news/article.php?storyid=70848

[Asharq Al-Awsat] Prime Minister Haider al-Abadi began a meeting with representatives of the Kurdish blocs in the Iraqi parliament.

Abadi arrived shortly before the headquarters of parliament to discuss the federal budget for the current year, which has not been approved so far.

A statement issued by the media, First Deputy Speaker of the House of Representatives Hammam Hamoudi that the latter presides over an “important” meeting in the parliament building to discuss the issues of the budget in the presence of Abadi.

The Kurdish blocs announced boycotting the meetings of approving the budget until the inclusion of its observations, stressing the guarantee of 17% of them to the Kurdistan Region.

Iraqi Prime Minister Haidar al-Abadi was on Wednesday to the Iraqi parliament to discuss the 2018 budget.

Abadi said during his weekly press conference yesterday his readiness to cooperate with the House of Representatives and its competent committees to pass the budget, which hinder the differences of political blocs ratified, despite the arrival of parliament from the government last month.

The adoption of the budget objections by the Kurds to reduce the proportion allocated to them from 17 percent as decided by the budgets of the past years to 12.67 during the current year, which is one of the measures taken by the federal government against the authorities of the Kurdistan region following a referendum on the separation on September 25 last.

For their part, the Sunni MPs demand the allocation of funds to return the displaced and enable them to participate in the next general elections.

The southern oil-producing provinces of Basra, Thi Qaromisan and Wasit are also demanding $ 5 per barrel of oil produced.

The documents revealed the draft budget law on reducing the share of the Kurdistan region of the total budget from 17% to 12.67%, allocated for current expenditures and investment projects in the provinces of the region.

The budget included a price of 43.4 dollars per barrel of oil, with a capacity of 3.89 million barrels to top oil revenues and mineral wealth revenues close to 73 trillion Iraqi dinars (70 billion dollars).

Abbadi had previously described the budget of 2018 as an austerity directed to reduce government expenditures for presidencies and ministries and to secure wages and salaries of state employees.

The Ministry of Finance and Economy in the Kurdistan Regional Government on Thursday that the amount of 250 billion dinars Iraqi Dinar sent by the Central Bank to its branch in Erbil, which is not linked to the ministry, noting that there were no amounts to pay the salaries of employees, and workers in the region.

The ministry said in a statement today that on Thursday 25/1/2018 Central Bank sent 250 billion dinars to its branch in the region, stressing that this branch is not linked to Kurdistan, and carries out its work under the guidance of the Central Bank of Iraq.

The statement added that we have not received any money from Baghdad for the distribution of salaries, noting that the committee formed between Baghdad and Erbil continues to audit the names of employees of the Kurdistan Region, except for the Ministries of Peshmerga and Interior in the region.

The statement said that the Ministry of Finance and Economy to convince all parties that it will continue to distribute salaries, and if the arrival of funds from Baghdad, it will announce it.

The Kurdistan Regional Government earlier in the day that the federal government has sent money to the branch of the Central Bank in the province of Erbil, noting that it is waiting for clarification from Baghdad about those amounts.

“The federal government did not clarify the purpose of sending the money is it for the salaries of employees and workers in the region or is it just a diversion?” Said government spokesman Sven Dziyi at a news conference in Erbil that Baghdad sent money to its branch in the central bank in Erbil. Bank to its branch in Erbil. “