The meeting of the federal government and the Kurdistan Regional Government held a special meeting on issues of customs, border points and airports, and discussed the management mechanism of airports and border points.

The director of the Iraqi border crossing, Col. Mohammed al-Shuweili, who was present in Arbil, said in a press statement that the talks will continue on the border points and airports, pointing out that the delegation held a meeting with officials on issues related to the issue and that the meeting will continue on Wednesday to make a final decision on flights Direct to the airports of the region and border points.

He added that the problems between the province and the Iraqi government related to the constitutional foundations, and work on the two sides to the sovereignty of the Constitution in the shadow of a federal Iraqi and a firm constitution.

Al-Shouaily said detailed talks on the management mechanism of the border points and airports of the province and work to make a number of border points international outlets in the province of Sulaymaniyah, indicating that the other part of the meeting will be completed on Wednesday and the final results will be officially announced.

(Baghdad: Al-Furat News) A member of the Finance Committee parliamentary Jabbar Abadi, on the conditions of the federal government to pay salaries of employees of the Kurdistan region.
Abadi told the {Euphrates News} that “the federal government stipulated dealing with the Kurdistan region as dealing with the province of Basra through the delivery of oil and according to the population ratio.”
He added that “the government required the region to hand over oil revenues and in return it is committed to hand over the salaries of operating expenses and 12.67% of the budget.”
Abadi pointed out that “the federal government is responsible for giving all the salaries of employees without exception; but in exchange for the delivery of revenues that reach the provinces.”
It is noteworthy that Prime Minister Haider Abadi stressed his keenness to pay the salaries of the staff of the region, especially the Ministries of Health and Education within the approved contexts and after completing the audit committees formed for this purpose, as well as the reopening of border crossings, including airports according to federal legal contexts.

The Minister of Health in the Kurdistan Regional Government Rikut Hama Rashid, Tuesday, that the funds allocated by the Iraqi government to the staff of his ministry and the Ministry of Health will be distributed in full.

“The salaries allocated by Baghdad to the ministries of education and health will be distributed in full and will not be saved from any of them,” Hama Rashid told a news conference in Arbil.

He added that “the Ministry of Health in the federal government continues to send the share of the region of medicines and medical supplies.”

This revealed a member of the Finance Committee MP Masoud Haidar of / Mawazin News /, on Monday, the Iraqi government to send 250 billion dinars to the region to pay the salaries of health and education staff, while confirmed that the Central Bank to open an account for the region to send salaries.

Earlier on Monday, Moazin News obtained the documents of the resolution voted by the House of Representatives on the absence of the need for previous measures on banking transactions with financial institutions in the Kurdistan region after achieving the desired objective on the subject of banks.

The News of the Secretariat of the House of Representatives, on Tuesday, the presence of Prime Minister Haider Abadi tomorrow the session of the Iraqi parliament.

The Secretariat said in a statement to the twilight news that “the Prime Minister Haider Abadi will attend the session of the House of Representatives tomorrow, to discuss the federal budget 2018.”

It is noteworthy that the House of Representatives yesterday saw the first reading of the budget law, amid objections from Kurdish, Sunni and Shiite blocs, which she described as “illegal.”

The MP of the Patriotic Union of Kurdistan Rizan Sheikh Delir, on Tuesday, the participation of Kurdish blocs in the session of the Council of Representatives scheduled to be held on Wednesday.

Diller said in a press statement that the Kurdish blocs will participate tomorrow in the meeting held for the House of Representatives, after boycotting the last meeting for refusing to reduce the share of Kurdistan from the federal budget for the year 2018. adding that so far there is no definite information about the presence of Federal Prime Minister Haider Abadi to the meeting Tomorrow.

Congratulations on this great accomplishment! I visited this temple in 2017 after it had been destroyed, and am heartened by its restoration. @USEmbBaghdad @USConGenErbil 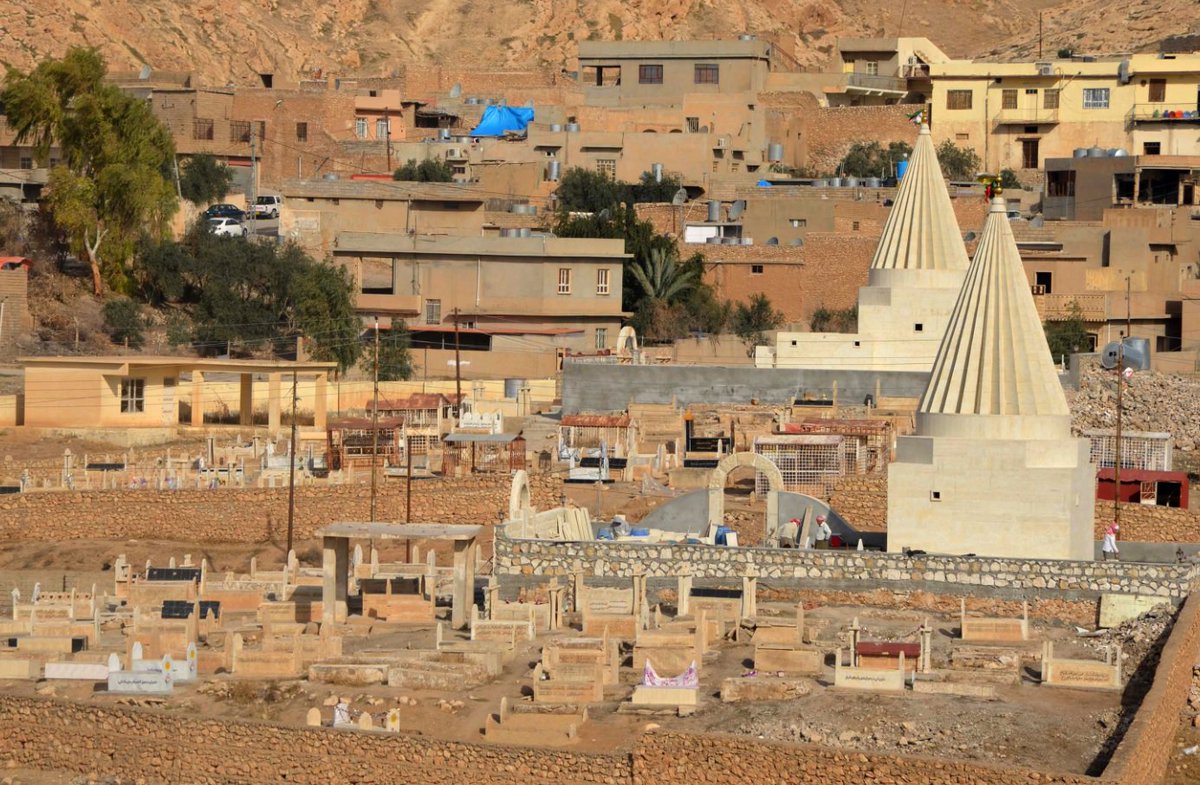 Haider Elias @haiderelias
A # Yazidi temple has been rebuilt this month in the town of Bashiqa, some about 12 miles north east of Mosul. Thanks to those who have contributed to this project
6:52 AM – 30 Jan 2018

The parliamentary Finance Committee confirmed on Tuesday that the decision to abolish the banking sanctions imposed by parliament on the Kurdistan region will contribute to the return of confidence in dealing between banks and customers.
A member of the Finance Committee, Najiba Najib, in an interview with “Economy News” that “the decision to lift the banks from the region will lead to the return of customer confidence in the banks of the region,” noting that “the ban has reduced the treatment of customers with banks, which led to a lack of confidence Between them. ”
She added that “the banks in the region has no link with the Ministry of Finance in Baghdad and government banks in Baghdad does not have any branches in the Kurdistan region,” noting that “in practice, these banks are complying with all instructions issued by the Central Bank and orders, The need for this law was canceled. ”
The Central Bank of Iraq has directed, on 8/11/2017, all the banks in the country to stop the work of its branches in the Kurdistan Region, after the referendum on independence on 25 September 2017, but the House of Representatives voted on Monday, to cancel the banking measures imposed on Kurdistan region after the referendum on independence from Iraq.

A delegation arrived to represent the technical committees of the Iraqi government, to Arbil, capital of the Kurdistan Region.

The task of the new delegation is to check the salaries lists of ministries of higher education and planning and a number of other ministries.

The Iraqi Ministry of Finance ordered the disbursement of 250 billion Iraqi dinars to pay the salaries of employees of the Kurdistan Region in the ministries of health and education.

The Iraqi parliament canceled yesterday sanctions against the Kurdistan region after three months of taking and allowed the banks and exchange offices there to work again, but under the authority of thttp://www.shafaaq.com/ar/Ar_NewsReader/10674660-2214-443d-a369-618aaaeb4b1fhe Central Bank of Iraq.