Baghdad / .. The Kurdistan Democratic Party, led by Massoud Barzani, on Saturday, there are positive signs of the crisis between Baghdad and Erbil.

Najib said that “resolving the crisis between Baghdad and Erbil needs other meetings between the parties,” asserting that “the Kurdistan Regional Government ready to hand over oil in return for a financial commitment by the federal government.” Finished

Al-Rafidain Bank announced on Saturday that it used a modern technology to adopt the retiree’s fingerprint in granting the advance instead of the guarantor.
The bank said in a press statement that “the deduction of the amount of pension advance of three million dinars is through the receipt of the retiree monthly salary by electronic payment tools.”
He pointed out that “the use of this modern technology to adopt the fingerprint of the retiree in granting the advance instead of the sponsor,” noting that “the implementation of this electronic mechanism and not manually, has led to a breakthrough quality and modern development and reduced the risk in the work of the bank.”

The governor of the Central Bank of Iraq, Ali Alalak, that 30 Islamic banks working in Iraq now,
Al-Aalak said in his speech at the Forum of Islamic Banks in Iraq that “Islamic banking in Iraq is in great growth and currently employs 30 banks.” He pointed out that “the Central Bank provides the appropriate environment for Islamic banking and focuses on the role of awareness and increase the size of its clients.”
The governor of the Central Bank, the “need to establish a special entity for Islamic banking in order to create an organizational and research reference for the purpose of development,” pointing out that “Iraq today receives signals from countries and companies important for investment and financing for the reconstruction.

Brent crude hit $ 71 a barrel for the first time since 2014 as the dollar continued to fall and US crude stocks fell for the 10th consecutive week, as well as current production cuts led by the Organization of the Petroleum Exporting Countries (OPEC) and Russia.
Global Brent crude futures hit a session high of $ 71.05 a barrel, the highest since early December 2014, before falling to $ 70.86 a barrel, up 32 cents, or 0.5 percent, from the previous close. According to “Reuters”.
US WTI futures traded at $ 66.35 a barrel, also the highest level since early December 2014, before dropping to $ 66.14 a barrel, up 0.8 percent from the last settlement price.
Prices have been supported by continued OPEC-led production cuts and Russia, the world’s biggest oil producer, and cuts have begun
Last year and continue until the end of 2018.
Gasoline inventories rose by 3.1 million barrels, compared with an increase of 2.5 million barrels in analysts’ forecasts.

Prime Minister Dr. Haidar Al-Abadi welcomes Arab journalists and journalists in Baghdad and confirms that Baghdad, which you see today, is not what you hear about in the media. 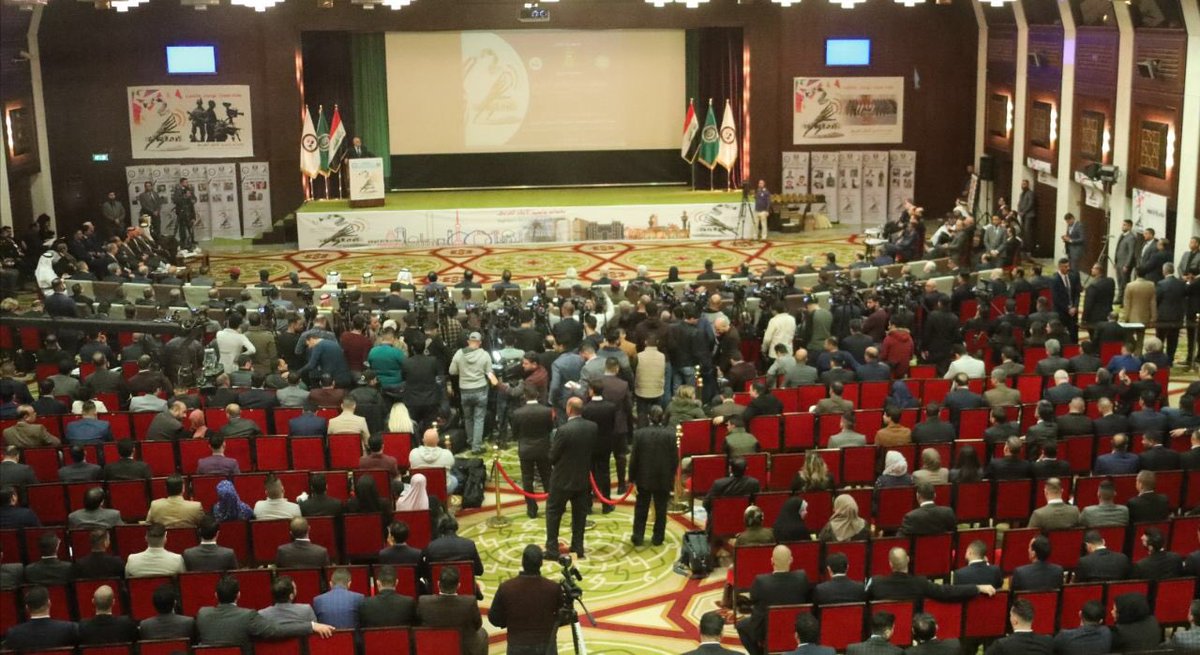 The Baghdad Municipality reopened Souq al-Mithaq Street within the Shaab municipality after a closure of more than ten years.

The Directorate of Relations and Information said in a statement on Saturday that “the People’s Municipal Department, in cooperation with the Baghdad Operations Command and the Directorate of Security and Security in Baghdad Municipality opened the market of the Charter market within the camp 319 after being closed for more than ten years.

“The departments of the municipal department have mobilized all of its working staff to rehabilitate the street and show it with a view that suits the general taste.

“The plan of the department includes the opening of Al Zahraa Market Street in Mahalla 343 at the end of the Ur neighborhood soon.”

It is noteworthy that the municipal department had opened the market of four thousand within the district 433 after the removal of all abuses and rehabilitation of the full.

Shafaq News / The Iraqi Ministry of Defense, Saturday, the nature of the US presence in the country, in response to events in the Baghdadi area at dawn today.

“The nature of the American presence after the end of the fighting with a supporter is limited to training and logistical support for the Iraqi forces, through the work of advisers for the rehabilitation and training of Iraqi factions,” said ministry spokesman Brigadier Yehia Rasool told Ashqaf News.

“We also exchange intelligence with them,” he said, adding that “US forces are securing the air cover if our units need it.”

BAGHDAD – Oil source held a meeting in Davos between Oil Minister Abdul-Jabbar al-Luaibi and (his counterpart) Minister of Natural Resources Ashti Hawrami in the Kurdistan region of Iraq, but the two sides did not issue any official statement clarifying the outcome of the meeting ».

The source said that «the federal government agrees with the territorial government that the export of Kirkuk oil and disputed areas under the authority of the Federal Oil Ministry and the oil marketing company Sumo», stressing the importance of «the agreement of the two governments on a specific amount of oil issued by the region, and not as in the past when “It was agreed without commitment.”

The source added that the ministry has no knowledge of what was announced by the Prime Minister recently, as a statement issued by him personally, in addition to the ministry has not yet received any guidance from the government on the oil file of the region.

According to the source, who asked not to be named, “Abadi returned to Baghdad but the oil minister Abdul-Jabbar al-Allaibi is not back yet, and still has some work and tours,” noting that “after the return of the minister we will know what happened in the meetings, and what Are the most prominent agreements that have been achieved ».

The declaration of Abadi, the agreement with the Kurdistan region on the export of oil through the Iraqi Oil Ministry and the oil marketing company «Sumo», Hafitha Barzani, who confirmed that the meeting did not include such an agreement.

No official position has yet been issued by the Iraqi Oil Ministry or the Sumo Company on the agreement announced by Abbadi in Davos with the Kurdistan region of Iraq to hand over the region’s oil to the Federal Oil Ministry.

The former deputy in the parliament Hassan Jihad, said a press statement that «the Kurdistan Regional Government President Barzani, described his meeting with the Prime Minister in Davos as positive, but denied the agreement with Abadi on the delivery of oil region to Sumo, and denied the statement in the Federal Government issued After the meeting ».

He added that «the statement issued by the federal government after that meeting was more clear, as the text that the Office of Financial Supervision to oversee the salaries of staff of the region, and to undertake the federal government to pay, and the export of oil through Sumo, as well as the delivery of airports and border crossings Federal Authority ».