“The delegation heading to Baghdad will meet with the prime ministers and the republic and may also meet with the Speaker of the Iraqi Council of Representatives and other responsible bodies in Iraq,” Ribwar Karim said in a press statement.

Karim pointed out that “the purpose of the visit is to preserve the constitutional entity of the Kurdistan region, and the emphasis on the need for this entity is protected, especially as there is a serious talks on the budget and a promise of other laws.”

He added that the delegation included Khanem Rahim, Hassan Jihad of the coalition, Shorsh Haji, Raouf Othman of Change, Mohammad Hakim and Ahmed Haji Rashid of the Islamic Group.

He added that the delegation will address the meetings on violations in Kirkuk, Tuzkurmatu and some other areas which must be stopped. He added that the issue of sending the budget and salaries to the people of Kurdistan, which should not be rejected due to political differences between the forces, will also be discussed.

“The fourth issue to be discussed by the delegation in Baghdad is the resumption of dialogue between the region and the Iraqi government,” he said, adding that “this is related to the more understanding between the parties on the subject of relations between them.”

The President of the Republic, Dr. Fuad Masum, met in Baghdad on Wednesday evening, Ammar al-Hakim, head of the National Wisdom Movement.

During the meeting, they reviewed and discussed various political developments in the country, preparations for the elections and the need for everyone to participate in securing the best atmosphere of constructive understanding between all national parties and helping to develop the process of democracy.

Hakim reiterated his support for the efforts of dialogue and joint action between the Federal Government and the Kurdistan Regional Government on a firm basis, in a way that strengthens the unity and brotherhood of the Iraqi people in all its components.

(Baghdad: Al-Furat News) The House of Representatives, Thursday, will hold its regular session.
The meeting agenda includes “hosting the members of the Commission of Commissioners of the Independent High Electoral Commission, completing the vote on the proposal of the law of the Nursing Syndicate, the first reading of the proposed law of the first amendment to the law of the Anti-Terrorism No. 31 of 2016, and the first reading of the draft law of the first amendment of the law of quarantine No. 76 of the year 2012, and a report and discuss the proposed law of the House of Representatives and its composition.
The report also includes a report and discussion of the draft law amending the fines law contained in the Penal Code No. 111 of 1969 and other special laws No. 6 of 2008, and the report and discussion of the Turkmen rights bill.
The parliament was due to hold its regular session today, but the lack of quorum prevented its convening.
The Parliament Speaker Salim al-Jubouri said that the parliamentary sessions will be “ongoing and will be held over a week to crystallize the vision on the laws of the budget and elections in the presence of Prime Minister Haider Abadi, while noting that the crisis must be submitted in October, but was received in Parliament at the end of November “.is over
http://alforatnews.com/modules/news/article.php?storyid=157147

Shafaq News / Member of the House of Representatives for the Kurdistan National Union bloc, Mohamed Osman, on Wednesday, that the federal government will send salaries of staff of a number of ministries to the Kurdistan Regional Government.

“According to the information we have obtained, it is expected that the Iraqi government will send the salaries of the employees of the Peshmerga ministries, the interior, municipalities and finance, after the salaries of all other ministries are paid,” he was quoted as saying.

Othman added that it is expected to send the Iraqi government until the end of this month salaries of the ministries of education and health in the region, and then will be starting to send salaries of other ministries, headed by the Ministry of Higher Education.

[Ayna-follow-up] A
delegation from the Movement for Change and the Kurdistan Islamic Group and the Alliance for Democracy and Justice arrived in Baghdad for dialogue with the political parties and the Iraqi government.
According to the official media of the Movement for Change, “the purpose of the delegation’s visit is to discuss the outstanding problems between Erbil and Baghdad,” explaining that “the delegation of the three parties will meet with government officials and political parties.”
“The delegation that is visiting Baghdad is my party and will hold several meetings with the Iraqi political parties,” an official of the Change Movement said.
It is noteworthy that the delegation includes: Shorsh Haji and Raouf Othman of the Movement for Change, Mohammed Hakim and Ahmed Haj Rashid of the Islamic Group, and Khan Rahim and Hassan Jihad of the Alliance for Democracy and Justice.
http://www.alliraqnews.com/modules/news/article.php?storyid=69906 Urgent: Kurdish authorities reopen the road linking the province of Dohuk and Nineveh to the movement of citizens after the closure of more than three years

The deputy in the Parliament of the Kurdistan region Sherko Hama, Wednesday, a delegation of the ministries of health and education in the region, to the capital Baghdad, this evening, to begin checking the lists of employees.

The Prime Minister, Haider Abadi, on Tuesday (26 / December / 2017), called on the Kurdistan Regional Government to cooperate in revealing the real numbers of the number of employees of the region. 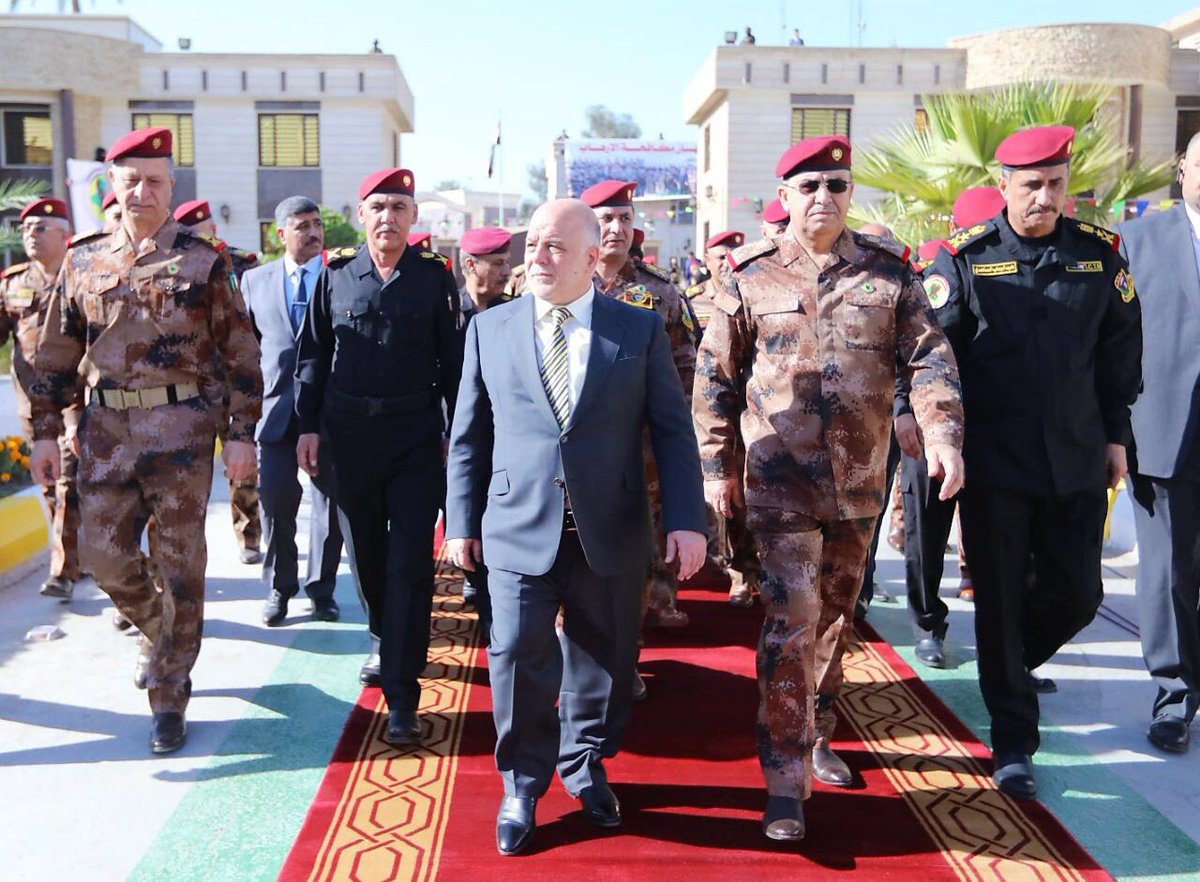 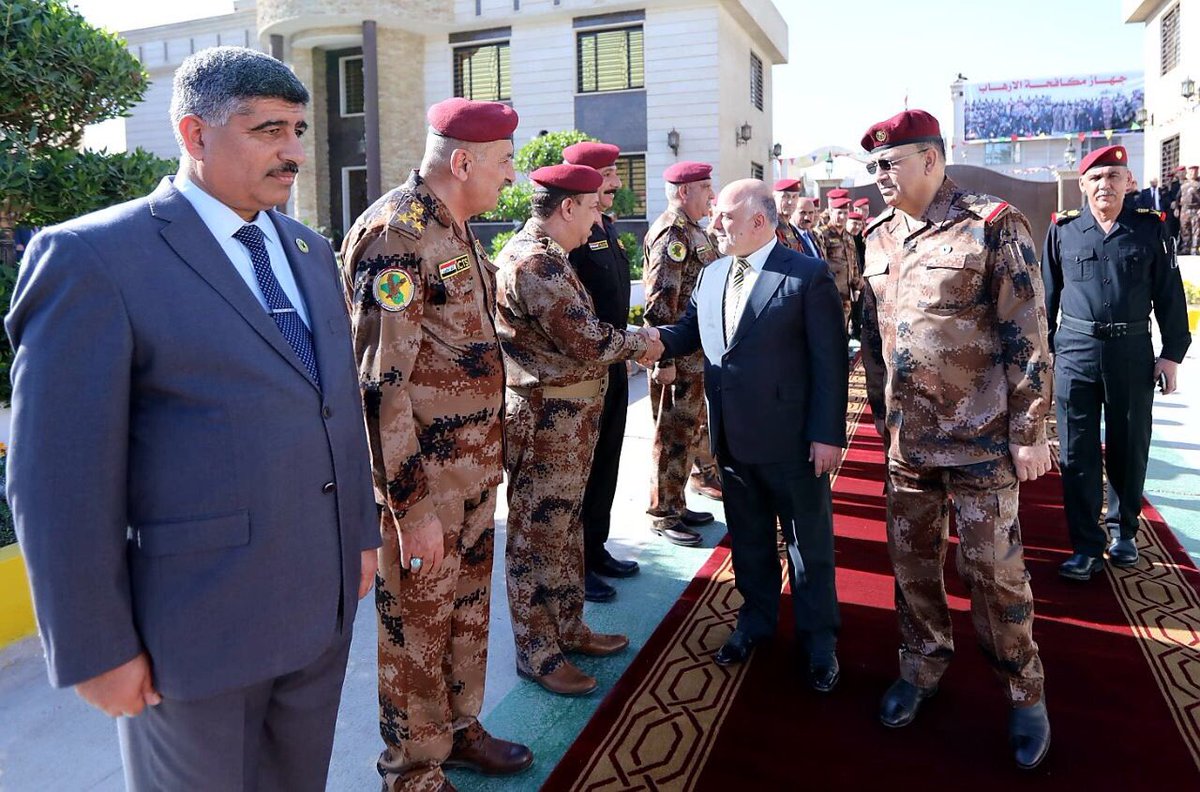 [Where Follow-up]
Parliament Speaker Salim al – Jubouri confirmed that ” the problems with the Kurdistan Region began a solution, through dialogues create the ground for a broader dialogue , ” adding that ” the next few days will witness the presence of a delegation from the Kurdistan region to Baghdad for the purpose to discuss some of the basic files” .
“The remarks made by Kurdish deputies and other parliamentary blocs are at the heart of the budget law and need a response,” Jubouri told a news conference inside the Iraqi parliament building on Wednesday.
He added that “delaying the legislation of the budget law is not due to the failure of the House of Representatives,” noting that “Parliament is making every effort to legislate laws that achieve stability and the interests of citizens.”
“There is no intention to delay the holding of the elections on the date set, but there are necessary steps must be taken, and that the Iraqi parliament will host the Electoral Commission, on Thursday, to discuss and discuss the dimensions of the election law for the purpose of success.”
He pointed out that “the Council of Ministers set four controls for the elections, namely the return of displaced persons, the termination of armed arms, providing the appropriate ground for the process, and the adoption of electronic voting.”
The Speaker added that “meetings will be held within a week with the parliamentary and governmental bodies to resolve the position of the observations on the draft laws of the budget and elections.”

The Speaker of the Parliament also stressed that “the holding of elections in some provinces without others is not currently on the list.”
And on the relations between Erbil and Baghdad, he said that “the problems with the Kurdistan Region began to resolve, through dialogues may not be at a high level, but falls within the framework of art can prepare the ground for a larger dialogue, and we feel that the next few days Baghdad will witness the presence of a delegation of Kurdistan Region for the purpose of examining some files that we consider essential in this context, and that the technical committees have conducted important and fundamental consultations in this regard. “

The Kurdistan Regional Government announced on Wednesday the handover of the parliament of the region a draft law to reform the salaries of employees and retirees, calling on parliament to speed up its legislation as soon as possible.

“We have handed the bill to the parliament and we hope it will be approved soon,” said Amang Rahim, an adviser to the prime minister of the Kurdistan region.

He said that the government has conducted a comprehensive constitutional and legal review before it is handed over to Parliament, and we believe that its current version will satisfy everyone.

Rahim pointed out that the government will provide salaries to the actual beneficiaries of employees and retirees, noting that unfortunately for the previous years there were people who are not entitled to receive salaries.

“We have met today with Deputy Speaker of Parliament Jaafar Aminki and Secretary of Parliament, Mrs. Bakr Talabani,” he said. “We were more enthusiastic about the need to legislate the law.”

The President of the House of Representatives Salim al-Jubouri on Wednesday to guide an official letter to the Federal Court to inquire about the abolition of punitive decisions that were taken against the Kurdistan region after the referendum held on 25 September last for independence from Iraq.

Jubouri said in a press conference held today, that “we mentioned that the decision of the Federal Court canceled the consequences of the referendum in the Kurdistan Region of the effects.”

“We have sent a letter to the court itself on the meaning of the cancellation of the effects, whether the effect will be on the process of canceling the consequences of the referendum itself or the reactions of the legislative and executive authorities towards him.”

“I think that if everyone is confident that the referendum has been canceled, those decisions will be canceled, and we return to before 25/9/2017.”