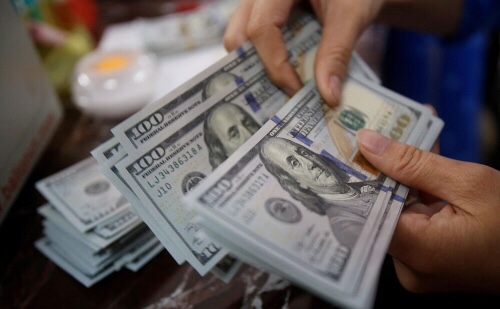 (Baghdad: Al-Furat News) The economic adviser to the Prime Minister of the appearance of Mohammed Saleh, there are significant question marks on the mechanisms of foreign currency conversion to Iraq.

Saleh said to the {Euphrates News} today, “to finance imports must be a conversion in foreign currency,” noting that “there is a question mark on the currency sign caused by confusion between the implementation of monetary policy of the central bank to control the levels of liquidity and at the same time trade finance, To create this ambiguity. ”

“If the Iraqi government finances its trade through documentary credits, why not finance the private sector in the same way,” he said, pointing out that “the argument of not funding is that there are no possibilities to download documentary credits as a more transparent tool in trade finance. There are not a number of international correspondents cooperating with Iraq to create or Open these credits, because of the long isolation of the sector of the Iraqi bank. ”

He added that “the central bank has a project to rebuild the institution to finance the foreign trade of the private sector by opening credits to establish what is called Cdbank, which is a collective bank in which all Iraqi banks (Al-Ahli and the government) is a bank to finance foreign trade.”

He pointed out that “obtaining a currency under the pretext of financing trade causes monopoly,” pointing out that “there is an alternative to this by rebuilding new standards to finance the private sector by establishing a large bank to finance this sector.”