The aforementioned force surrounded all the areas where ISIS cells were reported whether in the houses of the operatives’ relatives or mosques in the districts of Sumer, Al-Wahda, Palestine, and Yaremja arresting 220 wanted figures and deporting them to Baghdad for further interrogation.

MANAMA: Moody’s Investors Service said it has maintained a stable outlook for Iraq with a stable outlook, adding that it has confirmed its long-term risk rating for foreign currency default at BN minus.
Three months ago, Standard & Poor’s affirmed its credit rating for Iraq at B / B minus with a stable outlook, but predicted that a reduction in oil production would affect economic growth in 2017.
Fitch expected Iraq’s oil production and exports to stabilize at high levels next year 2018.
The fall in crude prices since 2014 has had a major impact on the Iraqi economy.
Fitch said that Baghdad’s implementation of an agreement with the International Monetary Fund (IMF) on a three-year demand loan is going slower than planned.
In May 2016, Iraq agreed with the International Monetary Fund (IMF) to lend it $ 5.4 billion in an agreement that could then lead to additional $ 15 billion in international aid in the next three years. 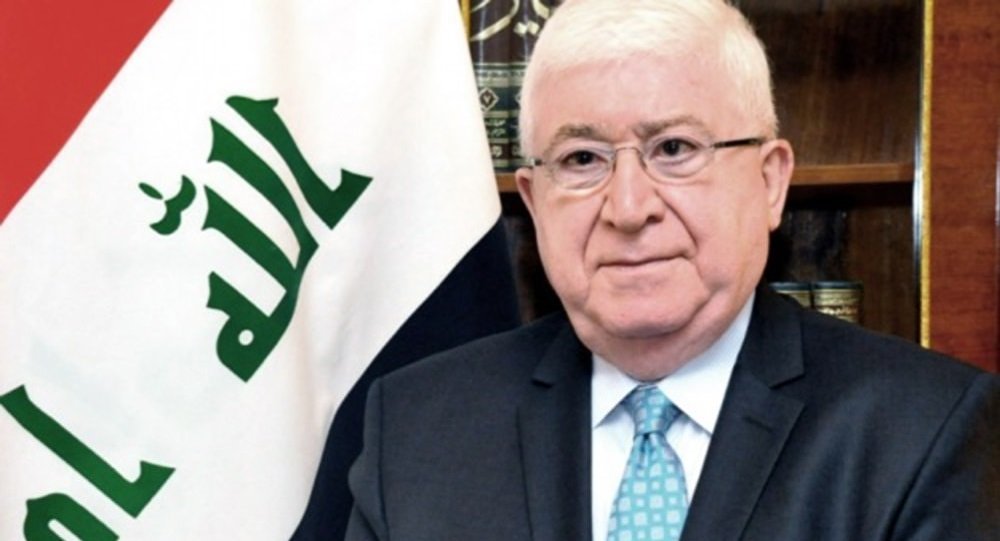 The Iraqi President Fuad Masum, on Wednesday, the readiness of the Kurdistan Regional Government to open a dialogue with Baghdad to resolve all contentious issues.

Erbil and Baghdad at the table of the near solution

Baghdad – Sputnik . A presidential statement said that “infallible, visited the head of the National Wisdom Movement Ammar al-Hakim, and discussed with him the political and security developments in the country and the region, and congratulated him to hold the first conference of the stream of national wisdom and the election of his leadership.”“The meeting focused on the need to accelerate the strengthening of confidence between Erbil and Baghdad, and to resolve the differences and work to start a close and constructive brotherly dialogue that ensures reaching agreements that will solve all outstanding problems between the two sides in a manner that guarantees the rights and interests of all citizens on the basis of the principles of the Constitution and the decisions of the Court Federal “.

The two sides stressed the importance of deepening cooperation and understanding between the components of Kirkuk to solve all problems related to the maintenance of administrative, security and economic levels, stressing “the ability of Iraqis to succeed in this regard also and that there is no solution to the differences except dialogue.”

And the price, “the will of all Iraqi components to protect and develop the gains and successes of the democratic experiment of the country.”

The President of the Kurdistan Regional Government of Iraq, Nechirvan Barzani, confirmed on November 29, Sherin II reiterated his readiness to initiate dialogue with the federal government, during his meeting with Iraqi President Fuad Masum.

The situation between Baghdad and Erbil intensified after the referendum held by the Kurdistan region on 25 September last, and the referendum commission in the region announced the participation of 72.16 percent in the voting process, 92.73 percent of them agreed to the separation and the formation of an independent state. Putin said the military operation in the area had now been completed and that the focus would shift to a political process that would eventually include presidential and parliamentary elections.

Putin did not say whether he was referring to the whole of Syria or just to the areas around the Euphrates Valley.

Russia supports Syrian government forces and Iranian militias in its battles against Daqash and provides them with an air cover in the east of Deir al-Zour, where armed men still holed up in Daqash.

The Russian intervention helped Syrian forces and Iranian militias recover large areas of Syrian territory from extremist factions as well as from some opposition factions.

Russia announces the elimination of a preacher in Syria

Russian President Vladimir Putin announced the crushing of the militants of the “Daqash” on the banks of the Euphrates River in Syria, and stressed the need to move to organize presidential and parliamentary elections in the country.

Putin said in a press statement on Wednesday in the city of Nizhny Novgorod that Russian Defense Minister Sergei Shweigo handed him a couple of hours ago a report confirms the defeat of “a supporter” in the region.

In the second half of this year, the Syrian army and its allies, with the support of the Russian air force, won a large-scale victory in the center and east of the country on the positions of “Daash” militants and managed to expel terrorists from all their main strongholds in the region.

[Ayn-
Fitch ] Fitch Ratings maintained its Iraq rating at “B-” with a stable outlook.
The agency also confirmed its long-term foreign currency debt default rating at “B-” with a stable outlook.
Fitch predicted Iraq’s oil production and exports would stabilize at high levels in 2018 and assume that the government would allocate similar amounts in the budget to pay the money owed to international oil companies.
She said Iraq’s implementation of a three-year loan agreement with the International Monetary Fund was different and slower than planned.
http://www.alliraqnews.com/modules/news/article.php?storyid=69030