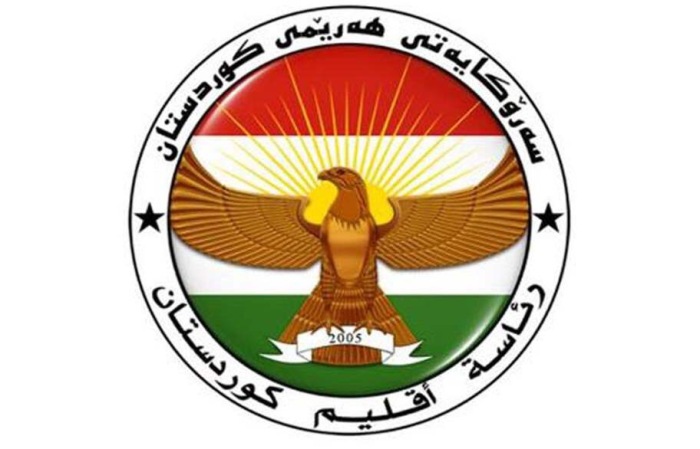 Presidency of the Kurdistan Regional Government on Sunday evening called on security forces and internal police to maintain security and control of the situation and not allow any attack on the headquarters of political parties and political centers.

“It seems that in some areas of the Kurdistan region there have been attempts to acts of violence and vandalism and this is what we do not want and strongly reject,” the presidency said in an urgent statement. “The security forces and the internal police are required to control the situation and not allow any subversive action And cut the way for acts of aggression on the headquarters of political parties and political centers. ”

“It is very clear that there is a destructive hand that tries to create violence and condemn it violently,” she said, adding that it would respond by force and punish anyone who tries to cause violence

24 minutes ago
The Security Council of the Kurdistan Region, on Sunday evening, issued a statement on the current situation in the region, in which he warned to allow the so-called saboteurs to exploit the situation in order to spread strife and unrest.
A statement issued by the council said to the news agency, “Warning from the Security Council of the Kurdistan Region,” that it calls on citizens in all cities and towns of Kurdistan to maintain calm and not to allow the saboteurs to exploit them to provoke sedition and unrest.
The statement warned anyone who caused unrest or attack any headquarters and centers, stressing that those who carry out such actions, the security services will address them and implement the measures against them.
The statement also called on local security forces to be fully prepared to abort any dubious attempts to spread unrest.

20 minutes ago
A member of the Political Bureau of the Democratic Party of Kurdistan said that the crisis of storming the parliament of Kurdistan was dealt with on Sunday evening without incident.
The Barzani told reporters from within the parliament, that the Democratic Party with the truce and not to provoke sedition and al-Qulayil, stressing that “we do not allow any problems,” he said,
He added that the crisis in parliament ended without any undesirable incident.
Dozens of angry citizens stormed the provincial parliament in protest against the statement of MP Rabun Maarouf, who accused the Peshmerga of negligence in recent events.

The news agency (Agence France Presse), that Iraqi forces and Peshmerga forces reached on Sunday, an agreement on the deployment of federal forces at the strategic crossing Vishkhabor.
“We reached an agreement with the Peshmerga to deploy federal forces in Vishkhabur, through a peaceful process and without a fight,” an Iraqi government source was quoted by AFP as saying.
Baghdad announced on Friday evening, the suspension of military operations in search of a negotiated solution, after battles to control the port of Vishkhabur.
Located on the head of a border triangle between the Turkish, Iraqi and Syrian territories, Vishkabur is particularly strategic for the Kurds.

(Baghdad: Al-Furat News) The head of the Kurdistan Regional Government, Nigervan Barzani, expressed his desire to dialogue on oil exported through Turkey.

Information Office of the Prime Minister and the transfer in a statement that “Prime Minister Haider al – Abadi received on Sunday evening a phone call from British Foreign Minister Boris Johnson , during which they discussed the victories achieved against terrorism and the spread of the federal forces in the province of Kirkuk and other areas in addition to the political and security situation.

Transfer the statement about Johnson as saying that “Nechirvan Barzani expressed his desire to dialogue about the crossings through which the source of oil through Turkey.”
said Abadi , according to the statement “that there is no desire to leave things open as happened in previous years , but that the federal authority should be t RIP control over the whole country and its ports border , but the Kurdish side is slow in implementing it. ”
He added that” the Iraqi government should impose its control over the crossings through which oil exported through Turkey , and if this is not done, this will cause a worsening of the crisis, noting that the government The central does not want bloodshed or deterioration of the situation there in the government of the region and the partisan media in Arbil incite the killing of Iraqi forces “He
stressed” the keenness of the federal government to find peaceful solutions to live Iraqis together in one country, and will not be achieved without the presence of Iraqi deterrent force prevent Conditions of deterioration “.

The parliament of the Kurdistan region, on Sunday, the transfer of the commander-in-chief of the armed forces of the outgoing President of the province Massoud Barzani, to the Prime Minister of Kurdistan Nizhrvan Barzani.

“The Parliament of the Kurdistan region voted on five articles of the draft law to transfer the powers of the President of the region,” adding that “the parliament transferred all the powers of the outgoing regional president Massoud Barzani, to the three authorities each according to competence.”

The reporter added that “the parliament decided to transfer the status of commander-in-chief of the armed forces, which was Massoud Barzani, which includes (all powers related to military affairs and diplomatic relations), to the head of the government of the Territory, Nigervan Barzani.”

The Kurdistan Regional Parliament held today a closed session with the participation of all blocs to discuss the distribution of powers of the presidency of the region.

While there were sharp differences within the parliament, on the division of powers of the presidency of the region, which led to the adjournment of the meeting for one hour, followed by the former MP of the Movement for Change, a spokesman for the new generation movement, Rabun Maarouf to the attack by supporters of the Kurdistan Democratic Party, Kurdistan because of accusing the outgoing regional president Massoud Barzani, “failure”.

The parliament resumed its session to vote on the transfer of powers of the presidency of the territory, which was enjoyed by Massoud Barzani

#Kurdistan parliament as Barzani supporters ambushed it minutes ago, @Gorran_Change MPs say they are trapped inside and they need help.

#Kurdistan parliament as Barzani supporters ambushed it minutes ago, @Gorran_Change MPs say they are trapped inside and they need help. pic.twitter.com/oXZQHDnpym

#Kurdistan parliament as Barzani supporters ambushed it minutes ago, @Gorran_Change MPs say they are trapped inside and they need help.

#Kurdistan parliament as Barzani supporters ambushed it minutes ago, @Gorran_Change MPs say they are trapped inside and they need help. pic.twitter.com/oXZQHDnpym