Saudi airlines resumes its flights to Iraq on Monday

Saudi Airlines on Sunday announced that it will resume its flights to Iraq on October 30.

Major facilities to be provided to the Iraqi travelers, he added, noting that next phase will witness expansion of Saudi Airlines inside the Iraqi market.

Iraq News Now
1: 1
Last updated
01:05 AM
Baghdad / Al-Ghad Press:
Prime Minister Haider al-Abadi returned to Baghdad on Monday after concluding his tour of Saudi Arabia, Egypt and Jordan.
Abadi said in a statement received by al-Ghad Press that the latter had “returned home after his tour of Saudi Arabia, Egypt and Jordan.”
Prime Minister Haidar al-Abadi went to Saudi Arabia on Saturday for an official visit to Saudi Arabia to attend the first conference of coordination between the two countries, accompanied by a large delegation of ministers and officials, and then on Sunday to Egypt and Jordan.
https://translate.google.com/translate?depth=1&hl=en&rurl=translate.google.com&sl=ar&sp=nmt4&tl=en&u=https://www.alghadpress.com/

The leader of the Patriotic Union of Kurdistan (PUK) and former Iraqi President Jalal Talabani said during a separate meeting with the emir of the Islamic Group, Ali Baer, ​​and the secretary of the Kurdistan Democratic Socialist Party, Mohammed al-Haj Mahmoud, that it would serve as an extension of the approach of the late Mam Jalal National class and peace between powers and political parties.

“The departure of President Mam Jalal was a great loss for all,” he said in a statement released by the meeting. “It is the price of the wise policy of Talabani to solve crises and problems for freedom, democracy and coexistence.

On tensions in Kirkuk and disputed areas and the future of relations between Arbil and Baghdad, he stressed that the problems and crises between the federal government and the provincial government should be resolved through dialogue and understanding leading to peace and political and security stability.

On the other hand, the Secretary-General of the Kurdistan Democratic Socialist Party, Mohammed Haj Mahmoud, on Sunday visited Hiro Ibrahim and announced that President Mam Jalal was a great leader and unlike all the great leaders in the world created by history, Talabani is the creator of history so his struggle and role and location will not forget Never, he says.

For their part, Hiro Ibrahim announced that they will be the extension of the approach drawn by Mam Jalal for unity of voice and national class and peace between all forces and political parties. 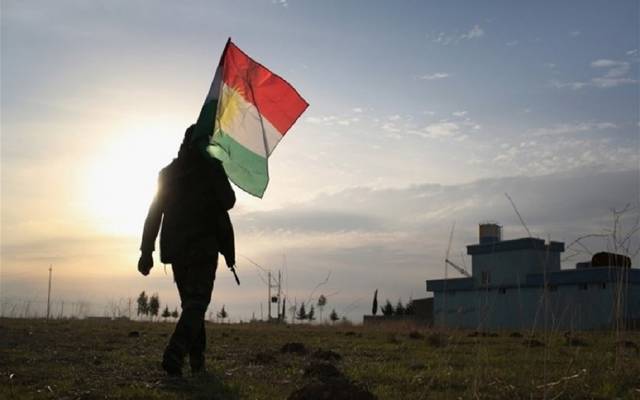 According to the list of resolutions, demanding the dissolution of the current government in the province, the formation of a national salvation government

A spokesman for the movement Shawrash Haji in a press conference after a meeting of the National Council of the movement, said the crisis conditions experienced by the Kurdistan region was the result of individual decisions on the popular referendum, according to the Iraqi news agency “conscious.”

He added that the Kurdistan region lost wide geographical areas in addition to losing the support of international forces that have submitted initiatives to postpone the popular referendum, but the Kurdish leadership did not respond to these initiatives.

According to the list of resolutions, demand the dissolution of the current government in the region, and the formation of a national salvation government instead of them for a limited period, pending the legislative elections to come .

The movement considered that the political council lacks legitimacy and seeks to impose its will on other powers .

The movement called for change, the federal government in Baghdad to stop what it called “military crawl” towards the cities and towns of Kurdistan, and the formation of committees to compensate the affected .

Haji stressed that the movement of change will resort to other options in the event of non-response to its demands, but did not clarify the nature of these options.

[Ayna-Baghdad]
A member of the parliamentary finance committee, the government delayed the submission of the draft law of the state budget for the year 2018.
“At a time when Iraq and the whole region are going through a political crisis that is almost subduing social peace in line with this political crisis, the economic crisis is worse and worse,” committee member Ahmad al-Haj Rashid said in a statement.
He added that “Iraq is one of the most indebted countries in the region and is still looking for countries and institutions to pay them to burden the Iraqi citizen with debt is useless and most goes to the direction of consumer spending, which see researchers and academics in the economic field that these debts deferred tax paid by future generations.
Rachid pointed out that “from this point of view and a sense of our responsibilities towards our people, I draw this speech to the political elites and the people’s deputies to pressure the federal government not to resort to loans and increased indebtedness and the trend towards multiple revenues and austerity.”
He pointed out that “according to the timing of the date of arrival of the budget in the law of financial management and public debt is 10 of October each year, the government has been delayed in the draft budget bill to the House of Representatives so far more than 10 days,” demanding “the government to accelerate the preparation Project in the final form and send it to the House of Representatives to decide it because any delay leads to the disruption of plans and programs. ”
“The federal government is committed to its constitutional, legal and moral responsibilities to pay the salaries of the region’s employees through advance advances, especially the airports and border crossings and oil wells are under the authority of the federal state.
The Cabinet announced in its discussions of the financial budget for 2018, the adoption of the budget to reduce expenditures significantly.
http://www.alliraqnews.com/modules/news/article.php?storyid=67394

In the security of October 22, 2017 Comments on the start of the preliminary bombing on the district of Rawah in western Anbar closed8 visits

Anbar province, the leader of the Anbar province, Sheikh Qatri al-Samarmed, Sunday, announced the start of pre-artillery shelling and air raid on the district of Rawah west of Anbar in preparation for liberation.

Al-Sammar said in a statement to “sng” that “heavy artillery and air raids targeted the supply lines of criminal gangs and places of their presence in the district of Rawah west of Anbar province, in preparation for a large-scale ground offensive to restore this area, which has been controlled by the criminal organization for more than three years, .

He added that “the bombing focused on specific targets within the city center and at the entrances in a move aimed at destroying the arsenal of the elements of gangs, calling the criminal before the storming by the security forces.”

“The area has been subjected to artillery and air bombardment, which is the most violent since the elements of the criminal organization.” 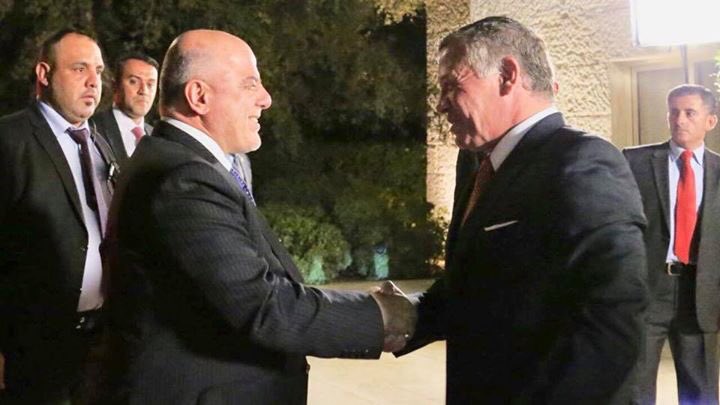 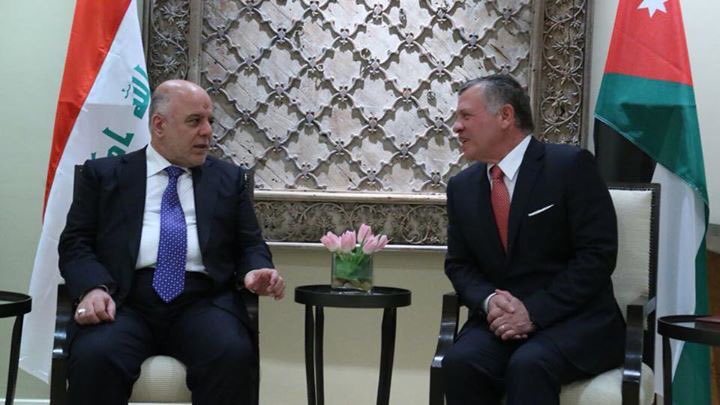 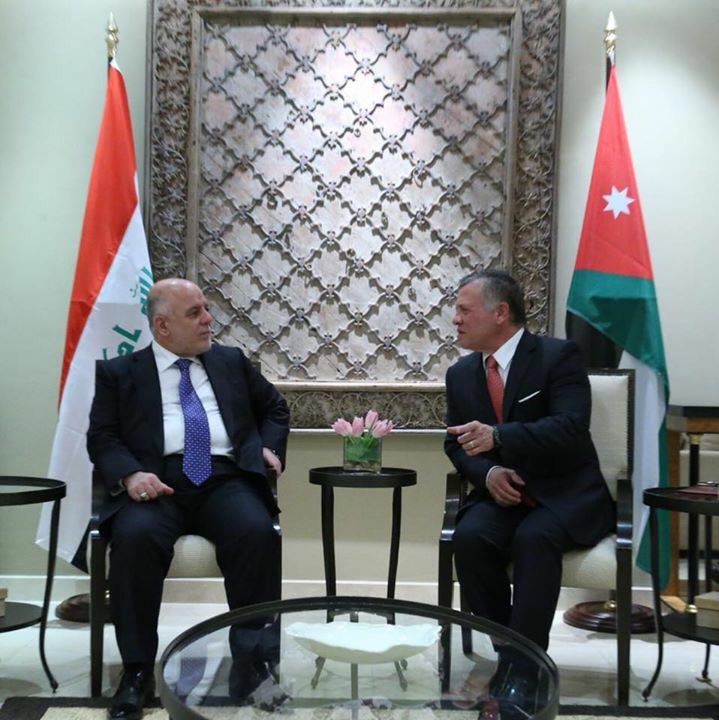 The Prime Minister meets the King of Jordan

BAGHDAD / The governor of the Central Bank of Iraq on Sunday, the International Monetary Fund to intervene in resolving the issue of boycotting some of the global banks Correspondent with Iraqi banks, stressing Iraq’s commitment to implement its program with the IMF.

“The central bank appreciates the work of the IMF team and the flexibility in the policy of advising, as it is important to reach this degree of flexibility and understanding of the exceptional Iraqi situation where it stands out,” al-Alak said in a speech at a meeting with the IMF’s director general and central bankers in Washington. The importance of this matter when it comes to balancing the financial situation with social considerations. ”

“Iraq is appreciating if the Middle East section of the International Monetary Fund can provide best practices and facilities and dialogue with shareholders to address this issue as soon as possible,” he said.

“Despite the difficult circumstances, the Iraqi government is committed to implementing its program with the International Monetary Fund,” he said. “I expect that the agreement will be reached on the third review under the program.” He added that “Iraq, like other countries in the region, has a large number of refugees and displaced persons, And it is useful that the Middle East division of the International Monetary Fund provides assistance in assessing the economic impact associated with it. It is also important that this assessment be made clear in the staff reports so as to give the international community an opportunity to provide assistance. ”