Peshmerga forces in front of government forces and «crowd» south of Kirkuk yesterday (AFP)
Erbil: «Middle East»
A senior commander of the Peshmerga forces said yesterday that the Popular Gathering forces stationed near Kirkuk are mostly composed of non-Iraqi insurgents, stressing that the Peshmerga will not withdraw from Kirkuk. While the city of Tuzkurmato south of Kirkuk yesterday battles between the gunmen “popular crowd” and Kurdish volunteers from the city’s residents who responded to the targeting of their homes by the “crowd.”
“The Peshmerga forces will not withdraw from Kirkuk, and all their preparations have been made to indoctrinate those who are trying to attack it with a lesson they will not forget throughout their history,” Peshmerga forces commander in the western Kirkuk district, Kamal Karkuki, told a news conference in the province yesterday. “We hope that the other side will not make any mistake, and that the war will not break out between us, because the war will harm both sides and the process of democracy in the region,” he said. “The arrival of these numbers of Iraqi forces and the mobilization in the region, Ill intentions ».
“The popular crowd threatens the people of the region and the people of Kurdistan with the weapons obtained from the Iraqi forces, which was also obtained by the International Alliance,” and called on these forces to leave Kirkuk and other areas and withdraw to the mountains behind Hamrin, stressing that these mountains are «is Borders of natural Kurdistan ».
Kirkuki revealed that the “crowd” gunmen gathered near Kirkuk, mostly non-Iraqis, and spoke in other languages.
The situation in the field between the Peshmerga forces and the Iraqi forces, including the “popular mobilization” in the disputed areas, including Kirkuk, has been tense for some days. The two sides are preparing for the battle, while the citizens of these areas and the volunteers are prepared to fight in defense against the attacking forces The battles between the two sides.
While it was reported that it was expected to end the middle of last night, a deadline set by Baghdad for the «Peshmerga» to withdraw from Kirkuk and the oil and strategic areas, said Brigadier Sartib Hasari, an officer in the Ministry of Peshmerga, told «Middle East»: «We have not yet “We hope that there will not be any collision between us. We and the Iraqi army fought against the organization during the past three years together,” noting that the Peshmerga forces are ready to face any emergency has fortified their positions, noting that the Iraqi forces and « The popular crowd “mobilized large numbers of troops Tha and weapons in the area.
Maj. Gen. Mohammad Qadir, commander of the Peshmerga forces in the Daqouk axis, south of Kirkuk, told Asharq Al-Awsat: “The borders of our axis have not witnessed any movement by Iraqi forces.
Some 80 kilometers south of Kirkuk, the situation in the town of Tuzhurmato last night witnessed a security deterioration that continued until yesterday afternoon, where factions of the Popular Gathering, based in the predominantly Turkmen neighborhoods of the city, shelled the Kurdish neighborhoods and Kurdish party headquarters with snipers and mortars. , But the Kurdish side remained calm.
“They attacked the headquarters of the Patriotic Union of Kurdistan with medium and light weapons and mortars, but the Peshmerga forces did not respond to them in order to avoid any battles, but the attacks continued until dawn yesterday,” said the officer in the Peshmerga forces, Lieutenant Kuger Mohammad. Kurdish volunteers from the population of Tuzhurmato, and then erupted clashes lasted about two and a half hours, and then stopped the Shiite factions to fire, and now the situation in Tuzhurmato calm », adding that two Peshmerga fighters were slightly injured during the battles yesterday, «Crowd».
https://translate.googleusercontent.com/translate_c?depth=1&hl=en&rurl=translate.google.com&sl=ar&sp=nmt4&tl=en&u=https://aawsat.com/home/article/1052651/%25D9%2587%25D8%25AF%25D9%2588%25D8%25A1-%25D8%25AD%25D8%25B0%25D8%25B1-%25D9%2581%25D9%258A-%25D8%25A7%25D9%2584%25D9%2585%25D9%2586%25D8%25A7%25D8%25B7%25D9%2582-%25D8%25A7%25D9%2584%25D9%2585%25D8%25AA%25D9%2586%25D8%25A7%25D8%25B2%25D8%25B9-%25D8%25B9%25D9%2584%25D9%258A%25D9%2587%25D8%25A7-%25D8%25A8%25D9%258A%25D9%2586-%25D8%25A8%25D8%25BA%25D8%25AF%25D8%25A7%25D8%25AF-%25D9%2588%25D8%25A3%25D8%25B1%25D8%25A8%25D9%258A%25D9%2584&usg=ALkJrhiCGJxEBW2LfovgpFfPU-UHunYTpQ
Advertisement

(Reuters) – The planes of the international coalition are hovering in Kirkuk at a time when Iraqi and other Peshmerga forces are on the outskirts of the city in a scene of fighting between the two sides.
The security authorities in the Kurdistan region that the Iraqi forces and the popular crowd is preparing to launch an attack on the city of Kirkuk, which is stationed by the Kurdish Peshmerga forces.
The Peshmerga refuses to withdraw from its positions, which were stationed in the wake of the escape of the Iraqi army from them in front of an offensive organization in 2014 and prevented the control of the organization to maintain.
The tension between Baghdad and Erbil on the background of the independence referendum held by the Kurdistan region last month, voted overwhelming majority in favor of independence from Iraq.
A Kurdish official in the Peshmerga told Ashqaf News that the planes of the International Alliance were hovering over the sky of Kirkuk apparently for a closer look at the scene. After the United States warned against any attack by any party.
The head of the security committee in the province of Kirkuk Azad Jabari said Saturday evening that the international coalition led by the United States of America issued a warning that it would bomb any party starts attacking the other side in Kirkuk.
Jabari said that the international coalition led by the United States of America informed the leadership of the Peshmerga forces restraint and not to do any action, pledging to bomb the party who initiates the attack and beat him.
He pointed out that it is possible that the warnings of the coalition forces have achieved their goals as the indicators are moving towards sitting for dialogue between the two sides.

00:12
Last updated
The time now is 12:21 AM
Anbar / Al-Ghad Press:
A security source in Anbar reported Sunday that more than 15 paramedics, including a leader, were killed in Qaim.
The source told Al-Ghad Press that ” one of the leaders of the caller called (Khaled Ali Abdel-Latif) Abu al-Walid was killed in the bombing of the international coalition in Al-Qaim with more than 15 elements of a supporter with him.”
He added that “the bombing was on the headquarters of the so-called Education House in the state of Euphrates.”
https://translate.googleusercontent.com/translate_c?depth=1&hl=en&rurl=translate.google.com&sl=ar&sp=nmt4&tl=en&u=https://www.alghadpress.com/news/Iraq-News/123154/AlghadPress&usg=ALkJrhhKbjTinCyF1XVnUJHbSSreLlBDng

52 minutes ago
The Iraqi Prime Minister Haider Abadi said on Saturday that his government is still on its position on the cancellation of the results of the referendum before the start of any dialogue with the Kurdistan Region, noting that Baghdad will go ahead with the decisions taken in this regard.
Al-Abbadi’s speech came during a meeting with a delegation of the coalition of Iraqi forces headed by MP Salah al-Jubouri, according to a statement by the Office of Abadi Ward to twilight News.
The statement said that the meeting discussed “legal and constitutional procedures for the extension of federal authority in the Kurdistan region and disputed areas and the return of displaced people and the political and security situation in the country.”
“The government’s firm position on the law and the constitution to cancel the results of the referendum and the imposition of federal authority in all regions of Iraq and maintain the unity of the country.”
“The government continues to implement the decisions it has taken in this regard,” he said.
The statement quoted the delegation of the Union of Forces “full support for the government’s actions and the position of Abadi to preserve the unity of Iraq in respect of the unconstitutional referendum of the Kurdistan Region and its support for the measures taken to impose federal authority in the Kurdistan region and disputed areas.” Noting that “this represents the official position of the alliance of forces.”
During the meeting, they stressed the importance of the return of displaced persons to their areas according to a specific timetable.

(Baghdad: al-Furat News) A member of the Patriotic Union of Kurdistan in the province of Sulaymaniyah Rinkin Abdullah revealed that a delegation from the Kurdistan Alliance will go to the capital Baghdad tomorrow.

“The Patriotic Union of Kurdistan is about to send a delegation to Baghdad tomorrow to resolve the crisis in Kirkuk and the disputed areas,” Abdullah told the {Euphrates News} today, “We can not be sure that the Kurdish delegation that will visit Baghdad is like its predecessor; To the capital to end the crisis. ”

She added that “President Fuad Masum has a great responsibility as a protector of the Iraqi constitution, and his visit to the region came to release a message to calm the situation and return to the dialogue table and his initiative we consider valuable and timely.”

Abdullah said that “the parties of the Union and change welcome letter Masoum calling for calm situation and return to the dialogue table,” expressing the hope that the rest of the Kurdish parties in the region this initiative. ”

Baghdad – Journal News
The deputy head of the district council of Tuz Khurmatu Ali al-Husseini, the return of calm to the town south of Kirkuk, after clashes between the Peshmerga forces and the Turkmen crowd.
“The clashes in Tuz Khurmato were the result of a guerrilla attack from Jamila, a neighborhood under the control of the Kurdish Peshmerga forces, targeting Husayniyat and the headquarters of the Turkmen crowd, as well as the houses of the citizens,” al-Husseini said in a televised statement.
He added that the forces of the Turkmen crowd responded to the attackers and drove them to flee, stressing the absence of any civilian casualties, in the judiciary located within the administrative boundaries of the province of Salah al-Din and southern Kirkuk.
He denied the arrival of Hadi al-Amiri Secretary General of the Badr Organization, for his part, said a spokesman for the High Commission for Human Rights Ali al-Bayati, that groups of the “PKK” attacked the homes of citizens and Husaynat in Tuz Khurmato, Calling on the government to send federal forces to impose security in Kirkuk. 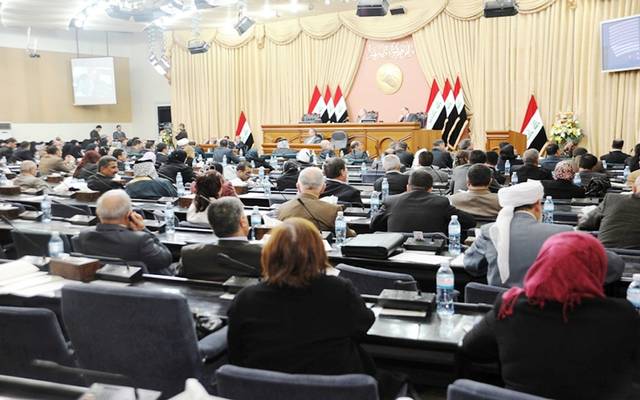 In accordance with the constitutional timing, the “ministers” shall submit a draft budget law to the Parliament for approval, no later than the end of October of each year

Direct : An Iraqi economist said that the budget for next year 2018 does not exceed 110 trillion dinars (92.285 million dollars), the government allocates 20% of the projects for the reconstruction of liberated areas of Dahesh.

Basem Jameel Antoine told the Iraqi News Agency on Saturday that the 2018 budget will not differ from the current budget in form or content, ruling out the rise in oil prices in the near future.

The Iraqi Council of Ministers headed by “Haider Abadi”, working on the draft budget in 2018, in preparation for sending to the Iraqi parliament during October, according to the constitutional timing, after it was announced soon that the draft “in the final stages.”

“ The budget of 2018 is aimed at maximizing non-oil resources, ” said Mazhar Salih, the financial adviser to the Iraqi prime minister , referring to the state’s drive to encourage employment through the private sector, the development of youth lending programs with soft loans and the ability to engage in the labor market .

He directed “Haider Abadi” to conduct a careful review of the proposal for the general budget 2018, and work to increase non-oil revenues, and reduce government expenditures for the presidencies and ministries, and to secure wages and salaries of state employees, describing them as “budget austerity”

The IMF said that the economic policies implemented by the Iraqi authorities are appropriate to deal with the shocks facing Iraq, the armed conflict with Dahesh and the consequent humanitarian crisis and the collapse of oil prices.

In a previous statement, the Iraqi Central Bank said that it had lent the Iraqi government $ 32 billion to finance its war on Da’ash, noting that high oil prices and dependence on non-oil revenues would pay the government’s debt to the bank. 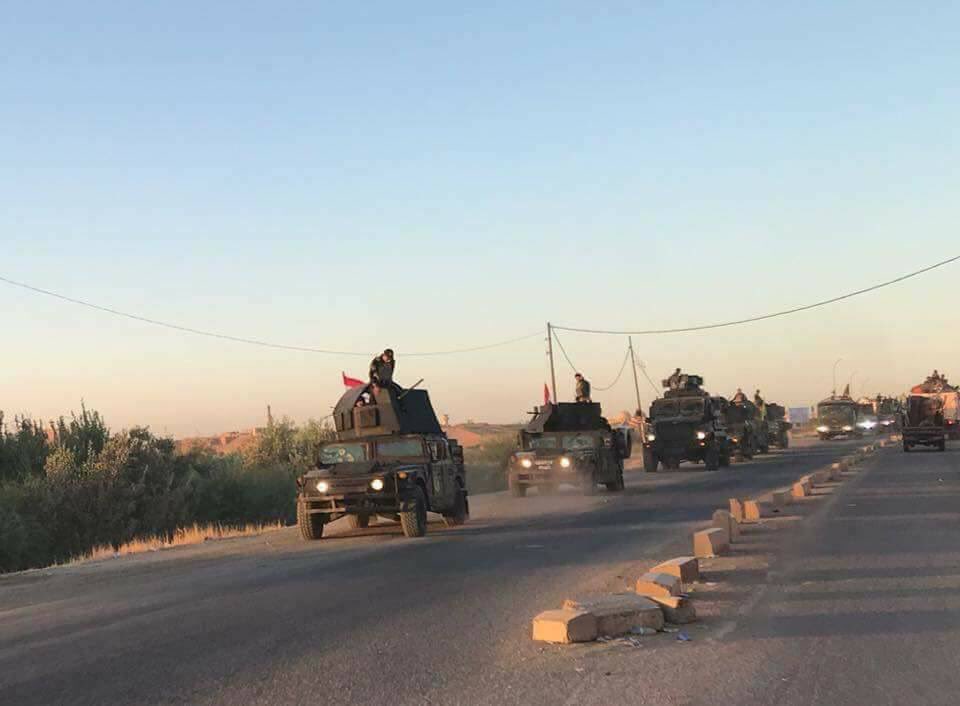 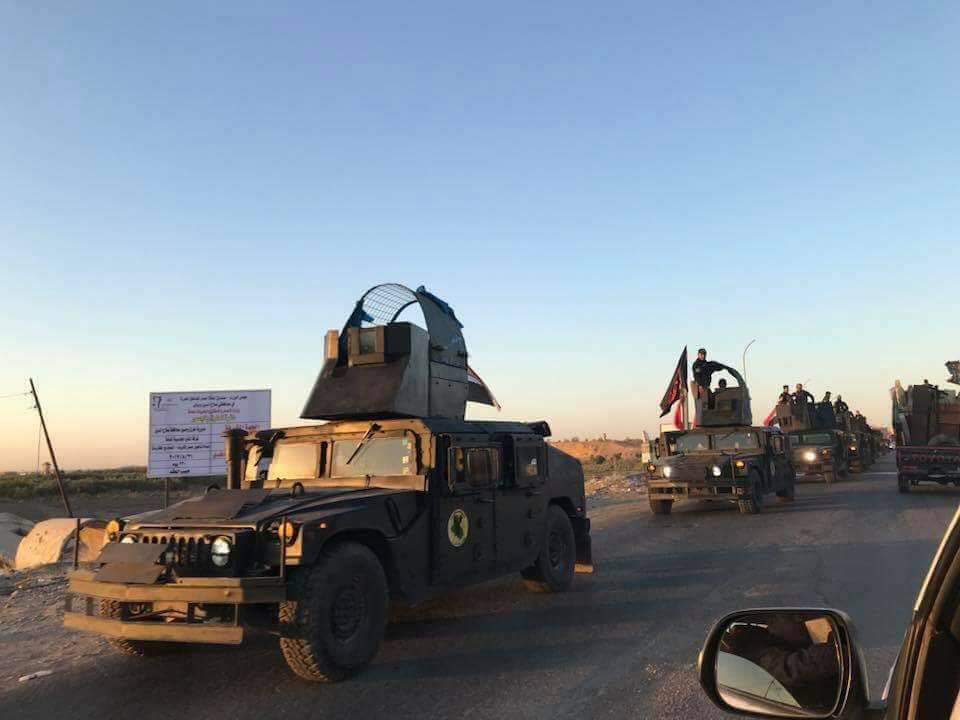 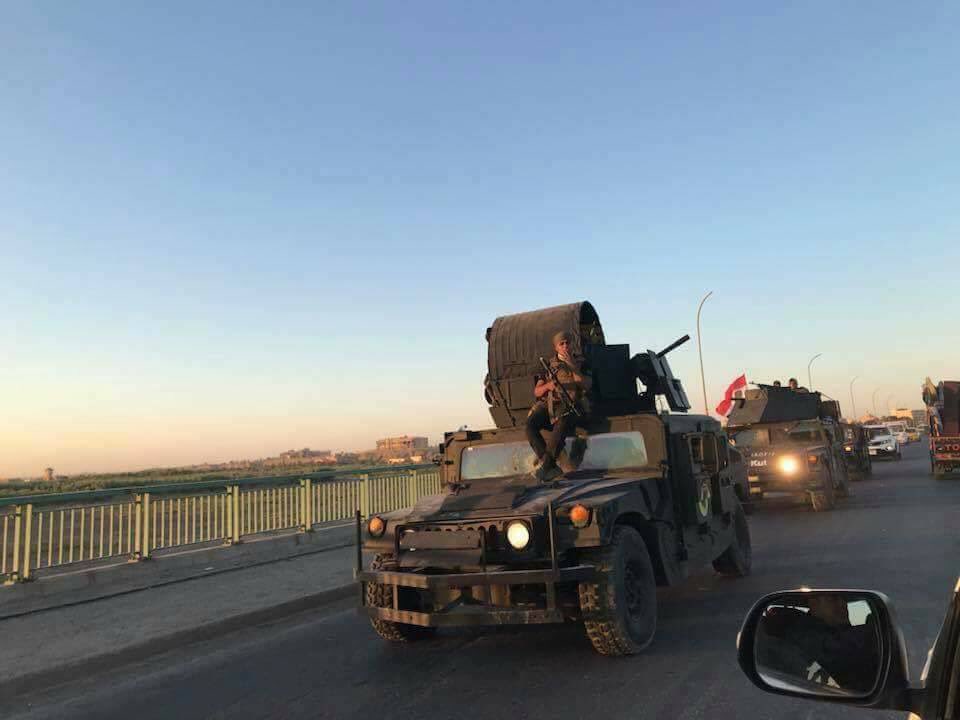 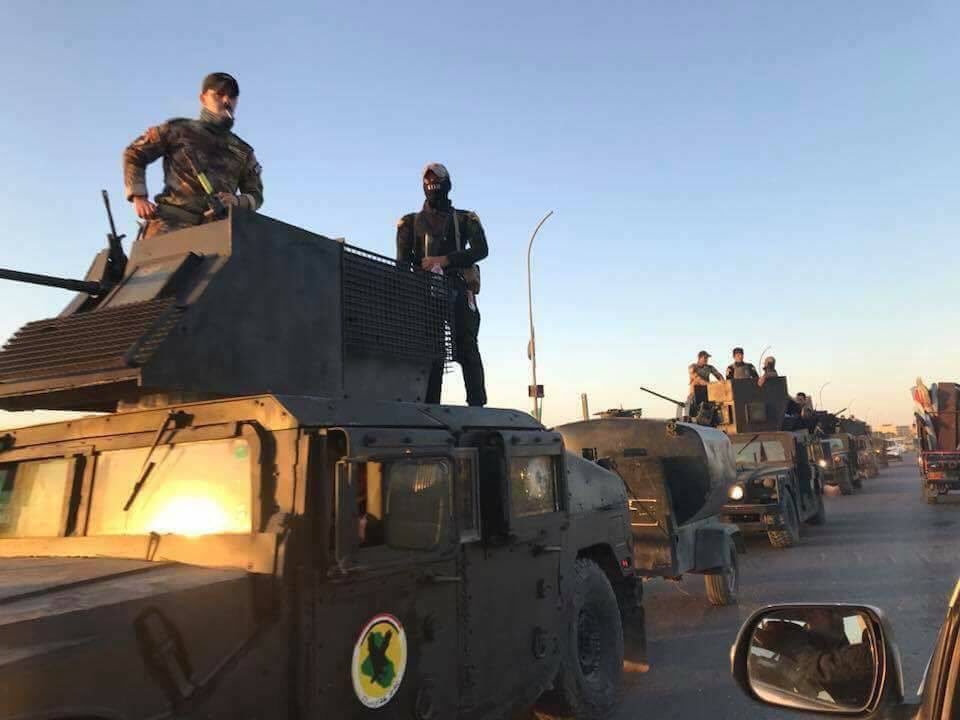