[Ayna-Baghdad]
The Ministry of Natural Resources and Resources in the Kurdistan Regional Government, on Friday, a five-point proposal to resolve the problem of oil exports between Erbil and Baghdad.
According to a statement issued by the ministry, issued yesterday evening, the ministry’s proposal to resolve the crisis included the following points:
1 that pay the Iraqi government salaries of employees and workers in the Kurdistan region, the Peshmerga forces, police, Asayish, and retirees, amounting to a monthly [915 billion Iraqi dinars].
2 – Baghdad believes the operating budget of the Kurdistan region, amounting to 17% of the total oil revenues in Iraq for use in the operation of refineries and power plants.
3 Baghdad believes the operational budget of the Kurdistan region, amounting to 17% of the federal operating budget, [apart from the budget and salaries].
4 – The Iraqi government guarantees payment of financial dues to international companies that work in the field of oil production in Kurdistan according to the contracts concluded so that companies continue to produce oil and achieve profits.
5 – Or the Government of the Territory put forward a proposal “easy” is: to grant the Government of the Territory 17% of the total oil production in Iraq and Kurdistan and the Government of the Territory to implement the above points themselves.
Iraq last week submitted a formal request to Iran and Turkey in dealing with the federal government exclusively with regard to border ports and the closure of all ports with these two countries until the receipt of management by the federal government as well as the suspension of all commercial dealings, especially on the export of oil and sale with the Kurdistan region, Dealing with this file with the Iraqi federal government exclusively because of the province to referendum for separation.
Oil Minister Jabbar Ali al-Allaibi on Tuesday called on North Oil companies, the oil projects company and the ministry’s pipeline company to put forward an urgent plan to repair the Baghdad-owned pipeline to export crude oil from Kirkuk fields to the Turkish port of Ceyhan away from Kurdistan.
http://www.alliraqnews.com/modules/news/article.php?storyid=67046
Advertisement

US Defense Secretary Jim Matisse said on Friday that the United States is closely monitoring the tension between the Iraqi and Kurdish authorities around Kirkuk and is working to ensure that it does not escalate.

“We are working for that, the US secretary of state is leading (efforts), but my forces … are also working to ensure that we keep any possibility of a conflict off the table,” Matisse told reporters.

“Everyone is still focused on defeating the Islamic state, we can not fight now, we do not want to develop into a shooting situation,” Matisse said in response to a question on the message he was sending to the Iraqi and Kurdish authorities.

US delegation to discuss Erbil-Baghdad crisis

A US delegation arrived in Baghdad on Thursday to negotiate with the Iraqi government on the local and regional situations, officials said on Friday.

They noted that the delegation’s visit is part of strenuous efforts to give a clearer picture on the situation in Iraq to US research centers that are specialized in the geopolitics of the Middle East and Iran.

The delegation is composed of researchers and thinkers from the most prominent think tanks in the US, they pointed out.

They also said that he received members of the delegation to know their viewpoints on issues facing Iraq, including terrorism and Erbil-Baghdad crisis.

The delegation has sought Iraq’s opinion regarding Iran nuclear deal prior to White House decision on its fate of the deal. US President Donald Trump has called “worst deal ever negotiated”.

Policy of Commander-in-Chief is clear. We urge regional officials to stop their campaign of misinformation, it is reckless and dangerous

Haider Al-AbadiVerified account @HaiderAlAbadi
Replying to @HaiderAlAbadi
Our armed forces cannot and will not attack our citizens, whether Arab or Kurd. The fake news being spread has a deplorable agenda behind it

The partnership between @IraqiGovt & @WorldBank is delivering fiscal support and strengthening accountable governance in Iraq. 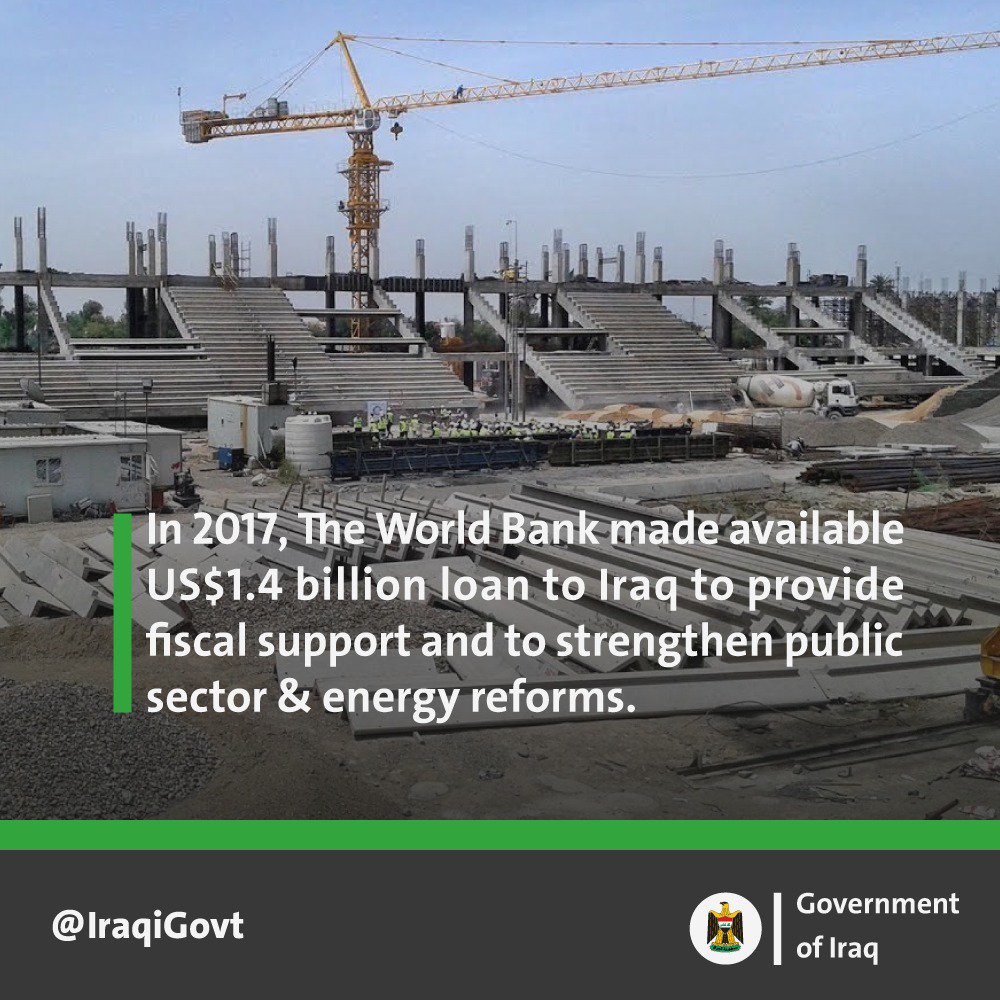 URGENT: Yahya is a messenger for change: There is no abnormal military movement for our military units in Kirkuk

Baghdad – Journal News
Kurdistan Democratic Party (PUK) MP Ashwaq al-Jaf revealed on Friday the upcoming meeting of the five Kurdish blocs, indicating that “the initial date for the meeting is Saturday.”
Jaf said in a statement to «Journal News» that “the heads of the Kurdish blocs agreed to hold a meeting to discuss the boycott of the Federal Parliament and open the door of dialogue with Baghdad.”
She added that “the next step for the Kurdish MPs is the calm and promised to be dragged behind the statements of the Commission.”
“It is hoped that the meeting will be held on Saturday in the city of Sulaymaniyah.”
The last three parliamentary sessions have seen a boycott of Kurdish deputies, preceded by measures by the parliament to the right of Kurdish deputies.
On Wednesday, the Federal Supreme Court responded to a request by the Chamber of Deputies to give opinion and opinion on the position of the deputies participating in the referendum in the Kurdistan Region, asserting that this is not within the competence contained in the Constitution and its law No. 30 of 2005.
The House of Representatives voted earlier on the formation of a parliamentary committee to follow up the subject of the referendum that took place in the Kurdistan region, and raise the names of deputies who participated in the referendum of Kurdistan to the presidency of parliament.

[Baghdad: Al-Furat News} The Joint Operations Command, denied by some media, denied the news of launching a military operation south of Kirkuk province.

The Joint Operations Command said in a statement to the media media received by the agency {Euphrates News} a copy of it that “our forces are still conducting the clean-up and inspection and holding in liberated areas.”

“The media are trying to confuse the public opinion and to accuse them of taking legal action against them,” she warned, urging everyone to “be careful and take the news from their official sources.”