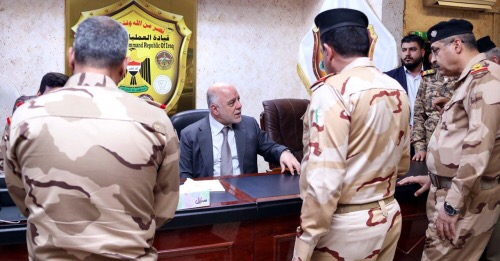 A statement from his office received the agency of all Iraq [where] a copy of him that Abadi “met with the leaders of joint operations and briefed on the latest developments in the liberation of the remaining land and secure the border.”

(Independent) .. The National Coalition, on Sunday, the Kurdish blocs to the pledge to resume their work in the House of Representatives
The official spokesman for the National Coalition Mason Damluji “within the efforts of the National Coalition led by Dr. Ayad Allawi to resolve the crisis between Baghdad and Erbil and the restoration of national cohesion, and the commitment to the Constitution of Iraq, which provides for the Federal Democratic State of Iraq, calls for a coalition of national Kurdish blocs to return to the House of Representatives and resume work Under his dome. ”
Damluji promised that “as a first step towards dismantling the crisis and open the door for unconditional dialogue to achieve the state of citizenship, and in order to achieve stability for Iraq and the region and inject the pure blood among the people of one people.” 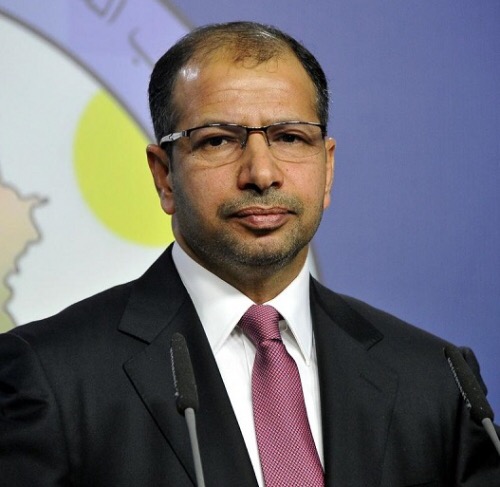 KIRKUK — Following the liberation of Hawija district from the Islamic State (IS), the fire crews have begun major efforts to put out the blaze set by the militants on the oil fields of Hawija.

The IS militants set around 15 oil fields in southern Kirkuk on fire in the wake of the Iraqi army’s push to liberate Hawija district, in an attempt to slow down the army’s offensive on the district.

Fuad Hussein, a member of the energy committee in Kirkuk Provincial Council, told BasNews that the IS militants set the oil fields around Hawija ablaze, aiming at damaging the infrastructure of the country.

He also noted that fire crews from different areas have arrived in the district to bring the fire under control.

The Iraqi forces launched on September 21 a large-scale offensive to recapture Hawija district, the last IS stronghold in Kirkuk. The army declared the district free on October 5.

18:42
Last updated
The time now is 06:46 PM
Al-Hadithi told “Al-Ghad Press” that “the meeting of Vice President Osama Najafi and Iyad Allawi with Massoud Barzani, President of the Kurdistan region, as well as the visit of Speaker of the House of Representatives Salim Jubouri to Erbil today and held a meeting with Barzani came in their capacity as political and sovereign positions in the government and moved on the impact These profiles “.
“The government has a decision issued by the Federal Court in this regard and has the authorization and demand issued by the Federal Parliament as well as A decision issued by the National Security Council and a decision of the Council of Ministers. “
He stressed that “the government is committed to all these decisions and the application of its own procedures in an integrated sequential manner if the provincial government does not respond to these decisions and cooperate with the federal government in accordance with the foundations and adoptions of the Iraqi constitution.”

(Najaf: Al-Furat News) The Najaf Governorate Council voted today on the announcement of Najaf International Airport an investment opportunity.
A source familiar with the correspondent of the agency {Euphrates News} today that “the Najaf Council voted on the announcement of Najaf airport investment opportunity and to be only 10% operational and the use of consulting company.”
“It was also voted to give the airport board an opportunity for 90 days after which it will be dissolved,” he said
http://alforatnews.com/modules/news/article.php?storyid=151650

The head of Kurdistan Regional Government, Nechirvan Barzani, said on Sunday that Iraqi President Fuad Masum will launch an initiative next week to start a dialogue between Erbil and Baghdad.

In a press statement, Barzani said that the position of Kurdistan government is crystal clear.

“We accept the call for an unconditional dialogue with the federal government in Baghdad”, he added, stressing that Baghdad’s plea for neighboring countries to pressure the region is not in the interest of Iraq.

Barzani, who is also the deputy chairman of the Kurdistan Democratic Party (KDP), made these remarks after a meeting with leaders of the Change Movement and the Islamic Group in Sulaymaniyah, where efforts are being made to unify stances inside the region.

The Iraqi parliament speaker Salim al-Jubouri said that his meeting on Sunday with the President of Kurdistan Region Massoud Barzani in Erbil came to stop the deterioration of the relationship between Baghdad and Erbil and the entry of regional countries as parties, which threatens the security of the country.

“This meeting comes to stop the deterioration of the relationship between the center and the region after the serious repercussions left by the September 25 referendum and the entry of regional countries in the crisis as parties, which threatens the security and stability of Iraq as a state,” Jubouri said in a statement.

He added that “the meeting also comes in order to return all parties to search for a way out and to end the state of separation between the center and the region and to prevent the aggravation of things and access to closed roads.”

Al-Jubouri pointed out that “the need to adhere to the unity of Iraq and the security and stability of its people and to preserve the political tracks and resort to the Constitution is the solution in all crises, and to address the things that have exacerbated the situation in such a frightening manner and the importance of maintaining the continuation of the work of the legislative institution.

He also called on all parties to “abide by the national constants and to ensure the complete end of the existence of terrorism and to close all avenues through which political differences can be reached, and to grant all Iraqis their rights within the principle of justice and equality. The people of all regions. “

On the referendum, Jabouri said that “the meeting discussed ways that can be adopted to overcome what happened, specifically in the disputed areas and the positions of local and international parties and the measures that have been taken to reflect the principle of the unity of Iraq and the federal starting from the Constitution.”

He said that his meeting with Barzani emphasized “the importance of partnership and respect for its foundations and concern for the overall interests and the need for a comprehensive dialogue on all issues and calm the situation without threat language.”

He pointed out that the President of the region opinion on the referendum and the next phase and end the crisis.

Jabouri stressed that it is necessary to deliberate on it (Barzani’s view) with the government and parliament and the political and national actors to develop a vision that serves Iraq and achieve cohesion and overcome the problems that have suffered.

Shiite parties have strongly criticized Jubouri’s visit and his meeting with Barzani.

Baghdad says it will not enter into dialogue with the Kurdistan Region until the cancellation of the referendum independence, which is rejected by Erbil.

The total defeat of Daesh is imminent as Iraq’s Armed Forces prepare to liberate the towns of Qaim & Rawa in Anbar province: 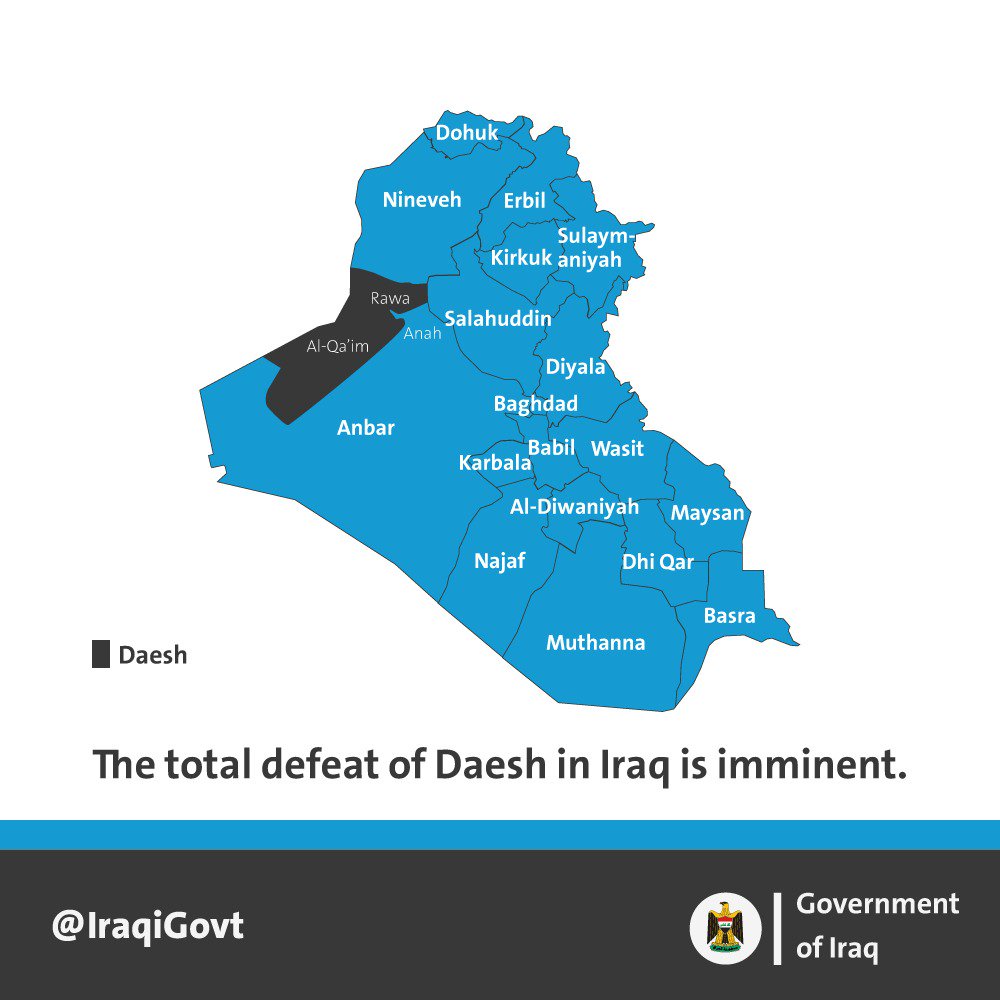