The Popular Front for the Liberation of Palestine (UPDF) said on Tuesday that the Popular Popular Forces were seeking to liberate al-Fathah area southeast of Hawija district in the province of Kirkuk.

A member of the Political Bureau of Asaib Ahl al-Haq Ahmed al-Kanani, said that “the popular mobilization forces are currently seeking to control the area of ​​the hole south-east of Hawija in order to facilitate the task on other axes.”

He added that “the anti-terrorism apparatus succeeded in liberating Al-Rashad area in full and the adjacent areas and defeating the organization calling for the terrorist,” noting that “the liberation of Hawijah is going on record time after it was hoped to continue more,” adding that “control of the hills of Hamrin Is an important victory and has a major role in accelerating the resolution of the battle of Hawija. ”

The Iraqi government has submitted four proposals to pay the remaining compensation for the losses of the invasion of Kuwait.
“Kuwait is determined to reach an agreement with the Iraqi government on the payment of the remaining compensation amounts of up to 6,” Khalid Al-Mudhaf, chairman of the General Authority for the Assessment of Compensation for the Losses of the Iraqi Invasion of Kuwait, Khalid al-Mudhaf, said in a speech to the 83rd session of the United Nations Compensation Commission in Geneva. 4 billion dollars. ”
“The decision of the Board of Directors of the General Authority for the Evaluation of Compensation 274 for the year 2016 extended the postponement of the payment of compensation payments incurred by Iraq until 2018,” added Almodaf.
Al-Mudhaf revealed an Iraqi letter addressed to Kuwait in August, which included four alternatives for future options to pay the remaining amount, “explaining that” proposals for alternatives provided by Baghdad, including the purchase of Iraqi gas at the agreed price between the parties and negotiate to reduce the percentage of Iraq’s imports of oil and its derivatives ” .
“The third alternative is to reduce the remaining amount of compensation in accordance with the rules of understanding of Paris Vimet. The fourth alternative provides for the transfer of the remaining amount of compensation to bilateral debts between the two countries,” he said. “The United Nations encourages Kuwait and Iraq to cooperate to explore future options. To pay the remaining amounts, including the holding of bilateral meetings and the formation of specialized technical committees to discuss the proposals submitted by the parties.
He stressed that Kuwait is always working to brief the General Secretariat of the Committee on all discussions in accordance with the principle of transparency, stressing the importance of continuing the role entrusted to the United Nations Compensation Commission and stressing cooperation with it to accomplish its international obligations.

The French Foreign Ministry said Tuesday that Paris wants to give the relationship with Iraq new momentum in all sectors and seek to develop cooperation and economic relations and political dialogue, stressing that the visit of Prime Minister Haider Abadi, the country will be in this goal.

In a statement today (October 3, 2017), the Foreign Ministry added that the visit of Iraqi Prime Minister Haidar al-Abadi to the country will focus on bilateral relations and the fight against extremism and terrorism. The statement did not mention anything about the territory Kurdistan and the referendum.

During a press briefing from McCron’s office before the visit, senior officials repeatedly avoided answering questions about the Kurdish crisis, saying that “the visit is important to strengthen bilateral relations and assess the battle against an organization that advocates and discusses reconciliation in general in Iraq.”

Abadi is scheduled to arrive in Paris on Wednesday for a two-day visit. Although the invitation was given to Abadi before the independence referendum held by the Kurdistan region last month, the office of French President Emmanuel Macaron issued a statement on Friday (September 29, 2017) In easing tension between Baghdad and the region.

In the isolation imposed by the regional powers Turkey and Iran on the Kurdistan region and the tight stance taken by the United States last month, Paris, which has good relations with Baghdad and Erbil, had a chance to try to play the role of mediator.

The Kurdistan region held a referendum on the independence of the province and secession from the Iraqi state on 25 September 2017, while faced pressure and a strong international rejection of its failure, and the Iraqi government began to take decisions and actions against the referendum of the region and its implications, and asked the Iraqi parliament to Abadi to impose federal authorities in the Kurdistan region . Ending 29/34

(Baghdad: Al Furat News) The Council of Ministers during its meeting on Tuesday, chaired by Haider al-Abbadi, the President of the Council on his firm position to reject the referendum and proceed with the measures that were voted at the previous meeting.
According to a statement issued by his office, the agency received a copy of it today, “It was during the meeting to provide a full presentation of the military operations to liberate Hawija in addition to the security situation and training of security forces, and the Council of Ministers procedures for the illegal referendum in the Kurdistan region, On the firm position of the Council to reject it and proceed with the measures voted at the previous session. “
“The budget was discussed in 2018 as the Council of Ministers explained that it had prepared it early to submit it to the House of Representatives for a vote. A vote was also taken to amend the memorandum of understanding on the exploitation of the grant allocated by the Government of Kuwait to contribute to the reconstruction of Iraqi areas affected by terrorism , A Kuwaiti grant of $ 100 million will be allocated for the rehabilitation and reconstruction of the health sector.
“The Council also voted to renew the contract with the Geological Survey Agency, and also voted to exclude projects of the Ministry of Health from the Council of Ministers Decision No. 347 of 2015 on the mechanism of payment of the term, and treatment of ongoing investment projects, has been approved to exclude projects of the Ministry of Health, The project of establishing a training and development center in Maysan, the construction of units of the coordinator of the fuel in Maysan, completion of the construction of the General Hospital of Chabaish and the hospital of laboratories in Baghdad. “
He pointed out that “the vote also to allocate a sum of emergency budget for the maintenance of Salah al-Din highway for rapid transit, in addition to allocating the amount of emergency reserves to the distribution projects in the Ministry of Electricity and the implementation of the removal and removal of sediments from the sites of Dam Al-Shehabi and Sad Badra in Wasit province.”
He added that “the Council of Ministers also voted on a memorandum of understanding between the Iraqi Ministry of Electricity with the German company Siemens and the Egyptian company Bijsco, and the protection of the product pottery bricks.” https://translate.googleusercontent.com/translate_c?depth=1&hl=en&rurl=translate.google.com&sl=ar&sp=nmt4&tl=en&u=http://alforatnews.com/modules/news/article.php%3Fstoryid%3D151324&usg=ALkJrhhLfO-mDm4jiiTohVTSeC3S1e9pnQ

The Prime Minister Haidar Abadi on Tuesday, what he called the military mobilization of the Kurdistan Region in the province of Kirkuk, calling for joint security management between Baghdad and Erbil on the disputed areas.

Abadi said in his weekly conference, which is held after his meeting with his government ministers, that “humanitarian flights continue to the Kurdistan Region.”

“Beware of the region’s actions of military mobilization in Kirkuk because it is dangerous,” he said, adding that “imposing the status quo in the disputed areas by force is unacceptable.”

Abadi called for joint administration between Baghdad and Arbil of the disputed areas provided that the leadership of the federal government. 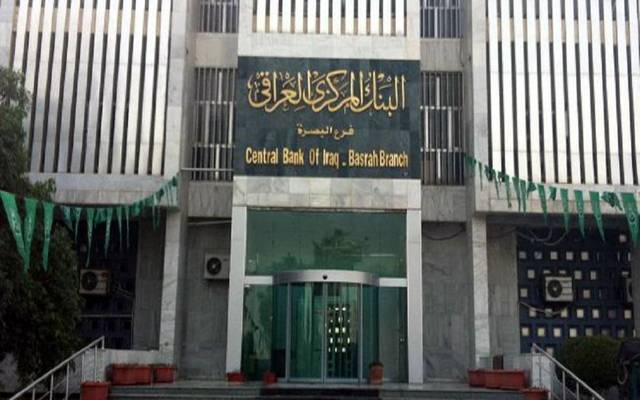 Direct: The Central Bank of Iraq has informed the Kurdistan Regional Government to stop the sale and transfer of foreign currency to the main Kurdish banks and the number of 4 banks, according to Reuters.

According to the agency, Iraqi banking and government sources said the central bank will also stop selling and remittances in foreign currency to the autonomous region.

The central notification came after the vote of the Iraqi Council of Representatives in its meeting on Tuesday , to stop all financial and banking transactions with the Kurdistan region, while preserving the rights of Kurdish citizens.

“The Kurdish blocs in the Iraqi Council of Representatives will meet with President Fuad Masum this evening to discuss the latest repercussions, and the punitive decisions that the Council is trying to take against the representatives of the Kurds against the background of the referendum that was held recently in the Kurdistan Region Independence from Iraq.

Amin said that the decisions taken by the House of Representatives through which he tries to punish the Kurdish deputies on the background of their participation in the referendum on the right of self-determination, saying that our entry to the Council or not to enter is not decided even the Speaker of the House itself, we are elected by the people.

He added that we are Iraqis and still true that we support independence but Kurdistan is still part of Iraq, adding that the Kurdish blocs will meet today with the President of the Republic to discuss and discuss the measures that the Council is trying to take against us.

He stressed that the Kurdish deputies are all agreed and gathered on the right of self-determination, and proceed with the results of the referendum for independence.

The Iraqi Council of Representatives in the meeting held today to address the Federal Court to inquire about the Kurdish deputies participating in the referendum as they did not explicitly declare their commitment to the position of the Iraqi government rejects.