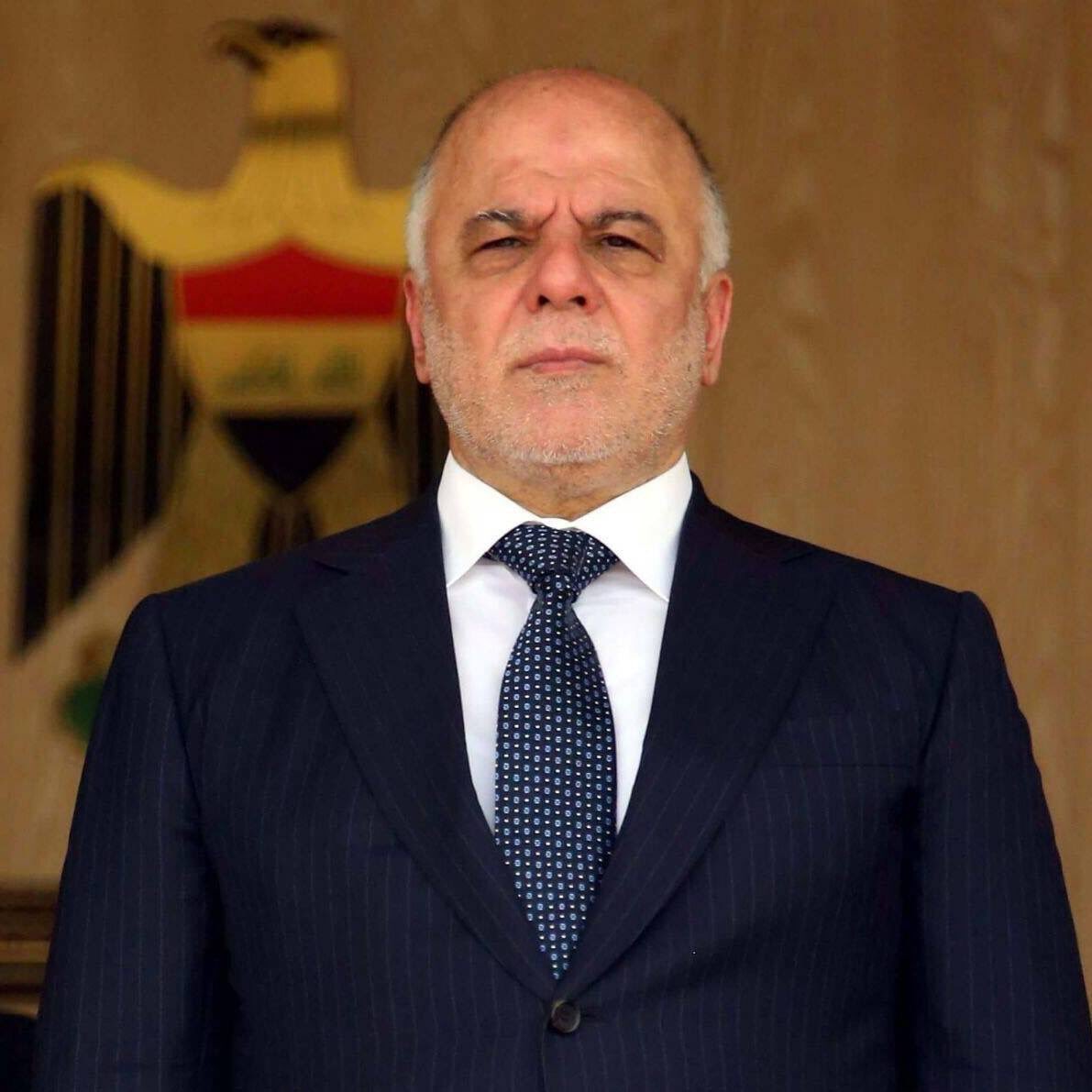 An Iraqi military source confirmed on Thursday that Iraqi forces and the Popular People’s Army had taken control of the Ayadiyah area of ​​Tel Afar district, west of the city of Mosul.
The liberation of Tal Afar, the second largest area of ​​Iraq, which is still under the control of the Daqash organization was launched on August 20, the forces were able to expel the organization from the judicial center on Friday.
The source told Ashqaf News that the Iraqi army and the popular crowd completed the morning full liberation of Ayadiyah.
The source added that the Iraqi warplanes chasing remnants on the mountain range north of Ayadiyah towards the area of ​​Rabia and the Sinjar district and firing automatic fire at the elements of the organization fleeing towards this mountain range.

The headquarters of the Bank of Baghdad

Economy News Baghdad:
The general assembly of the Bank of Baghdad, listed on the Iraqi Stock Exchange, approved the distribution of cash dividends of 7% of the capital to the shareholders with a total value of 17.5 billion dinars.
A statement by the Bank of Baghdad to the Stock Exchange on Wednesday that it was agreed to transfer the rest of the profits of the company for the year 2016 to the accumulated surplus.
The statement added that the General Assembly decided at its meeting to consider the cancellation of a number of investments with 81.28 million dinars, representing investments in 5 companies no longer exist in 2013.
The company’s current capital is 250 billion dinars, distributed over 250 billion shares at a nominal value of one dinar per share.

The General Secretariat of the Council of Ministers announced on Wednesday the suspension of official working hours from Friday until Tuesday, on the occasion of Eid al-Adha.

“The General Secretariat of the Council of Ministers announces that Eid Al-Adha holiday will begin on Friday, 2017/9/1, and will resume on Wednesday, 2017/9/6,” a statement by the secretariat said.

The Kurdistan Regional Government announced, the disruption of official time in government institutions for six days from Thursday to Tuesday next Eid al-Adha.

{Baghdad: Al-Furat News} The Secretariat of the Council of Ministers set the Eid al-Adha holiday.

A statement of the secretariat received by the agency {Euphrates News} copy of it today that “the holiday of Eid al-Adha begins on Friday, 2017/9/1 and resume on Wednesday, 2017/9/6.”

The Kurdistan Regional Government (KRG) has reached a final settlement with Dana Gas and its partners over a $ 2.2 billion lawsuit in London, and the region will pay $ 1 billion to the UAE-based company, the two sides said Wednesday.
Dana Gas and its parent company Crescent Petroleum and its partners filed a lawsuit against the territorial government before the London Court of International Arbitration in October 2013 concerning their contract with the territorial government, accusing the government of paying less than their dues for the production of gas liquids.
The government of Kurdistan said that the issue came amid the war against the organization and urged its budget was affected by the sharp drop in revenues due to low oil prices, forcing it to postpone and restructure payments owed to the contracting parties.
Under the settlement, the Kurdistan Region will pay $ 600 million immediately to the Pearl consortium, in which Dana Gas and Crescent Petroleum hold a 70% stake, while its Austrian partners OMV, OMEL of Hungary and German RWE each hold 10% Of which.
The region will also pay another $ 400 million immediately earmarked exclusively for further Pearl development to increase production in its fields.
The remaining $ 1.24 billion will be reclassified from debt to outstanding costs recovered by Pearl from future revenues.

5 hours ago
The Iraqi forces completed on Wednesday the liberation of Ayadiyah district, the last stronghold of the Daqash organization in the district of Tal Afar, west of Mosul.
The crowd said in a statement to the twilight news, “The pieces of the Iraqi army to support the popular crowd and the federal police forces managed to resolve the liberation of the entire Ayyadhid and raise the Iraqi flag over the buildings.”
“The liberation of the area was done with an effective effort to fly the army and cover the artillery and missile of the brigades of the crowd.”

Economy News Baghdad:
The director of the Iraqi company for bank guarantees, Rula Saleh, that the private banks granted loans to citizens more than 32 billion dinars for the establishment of small and medium projects within the initiative of the Central Bank of one trillion dinars.
Al-Saleh said in an interview with “Economy News” that “the loans granted by private banks for the establishment of small and medium-sized projects reached more than 32 billion Iraqi dinars and constitute 3% of the amount allocated to one trillion dinars,” adding that “SMEs have a large role In achieving economic and social development, and contribute to support the production sector of the country, and provide job opportunities for the unemployed.
“Small and medium-sized enterprises make up nearly 90 percent of the economies of developing countries because they do not need large capital, but need small or medium financing depending on the nature of the environment and society,” she said.
She explained that “the Iraqi company for bank guarantees granted loans ranging from $ 5 thousand and up to 250 thousand dollars or equivalent in Iraqi dinars, according to projects submitted.” 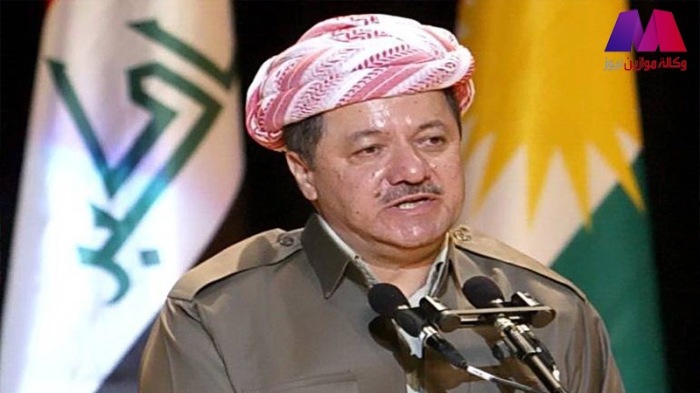 Put the President of the Kurdistan region of Iraq Massoud Barzani, alternative to the referendum on the independence of the region, stressing if the people decided to reject independence, respect the will of my people and devote myself to my private life, and resigned.

“The period of the rule of Nuri al – Maliki in Baghdad deepened the desire of the people of the region to divorce and independence,” Barzani said in an interview with the newspaper “Middle East,” he accused al – Maliki that “carried out in the territory of the crime is greater than what Saddam Hussein did in the process of Anfal Which led to the deaths of more than 180 thousand Kurds. ”

Asked Barzani as we entered the stage of days and historical weeks for the Kurdistan region? “We certainly entered it and from a wide angle.”

And the possibility of postponing the referendum on independence on 25 September? “The referendum is a decisive decision, which is the people’s decision, and the decision of most of the political forces in Kurdistan that the referendum should be held on September 25, unless there is a better alternative,” Barzani said.

“There is a higher council for the referendum, which is the political leadership in Kurdistan, which is decided by consensus and not by the decision of one person,” he said. “But if there is, as we hear from many parties, The timing is not appropriate, and the postponement is for six months or a year. Is there a willingness to sign a document that on September 25, 2018, for example, the results of the referendum will be recognized and the results accepted, and these results were in the interest of independence?

He added that “this alternative must be first by the Iraqi government and the Iraqi parliament and then the American guarantee and the international coalition and the European Union and the United Nations, and if not available, it means that the referendum on time.”

“The popular mood we see today is joyous, enthusiastic and ready to vote. You have seen the great gathering that took place in the city of Cologne in Germany, where thousands of people from Kurdistan gathered there and said with one voice: Yes to the referendum, There are perhaps people who are afraid of the result, are not sure of it or not convinced, and of course this is democracy, and the question in the referendum is whether you are independent of Kurdistan or not, so the answer is yes or no. , And I expect the voting rate to be very high, but the odds are all “29 / a

Baghdad – Journal News
The Iraqi and Jordanian governments announced the opening of the border crossing of Trebil on Wednesday, 30 August.
“In the framework of the efforts of the Government of the Republic of Iraq and the Government of the Hashemite Kingdom of Jordan and their keenness to strengthen their bilateral relations in various fields and to express the common desire and desire of the two countries to strengthen brotherly ties and cooperation in the interests of their two neighboring peoples and the victorious victories achieved by the heroic Iraqi forces, The liberation of the land and the extension of state sovereignty and the defeat of the terrorist gang that led to the return of life to Iraqi cities and border areas, it was decided to open the border crossing of Trebil from Wednesday 30 August 2017 to come to Tikrita For joint efforts by countries, including mutual visits at the highest levels. ”
“The re-opening of the Trebil crossing, which came after securing the international road from criminal gang attacks, will constitute a qualitative shift in the bilateral relations between the two brotherly countries through this vital artery in various humanitarian, economic and commercial fields,” he said.
“The reopening of this vital crossing will serve the interests of both peoples and enhance the chances of security, stability and development in the two neighboring countries,” he said.