The Spokesman of the leader of the Sadrist movement, Muqtada al-Sadr, has confirmed reports about Sadr’s imminent tour to Europe, including a meeting with Pope Francis in the Vatican.

Sadr seeks to open up to the countries that want Iraq better and refrain from interfering in its internal affairs, Moussawi further added, noting that the visit will encourage investments in this war-torn country, particularly in the reconstruction of liberated areas.

International Monetary Fund (IMF)’s projections for Iraq’s debts said that it will rise to over USD132 billion by 2018, according to its latest report.

The report put a projection for more rising in Iraq debts to reach 132.4 billion dollars by 2018.

This comes as Iraq suffers from years of corrupt rule of former prime minister Nouri al-Maliki who wasted lots of Iraq’s GDP on fake projects that consumed most of Iraq’s budget.

The country also suffers from a devastating war against ISIS and destruction to cities and governorates by Iranian Militias in Iraq and Syria (IMIS) who destroy Iraq’s infrastructure and civilians’ homes to prevent their return to them to further Iranian Mullah’s Shiite crescent scheme. 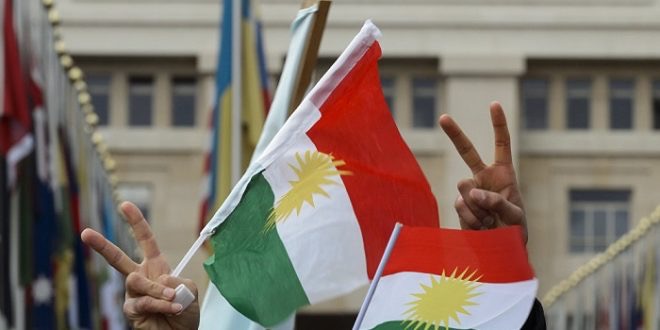 Baghdad – Journal News
The leader of the Patriotic Union of Kurdistan, the activation of the legislative institutions and the Parliament of Kurdistan is the primary priority for the Union even from the popular referendum on self-determination.
“Any attempt to activate the Kurdistan parliament and legislative institutions without the participation of the movement of change will be reflected negatively on the democratic experience of the Kurdistan region on regional and international forums,” said Aso Mamand, a member of the political bureau and leader of the Patriotic Union of Kurdistan, in a press statement Sunday. “The activation of the Kurdistan parliament is more important than the referendum Which lacks a national legal and collective cover for the PUK, especially since the referendum process is a complex legal process that needs to be passed by legislative institutions that represent the voice of citizens. ”
He explained that “the time of the Kurdistan region especially in front of the political parties less than a month to find solutions to address the current situation, noting that the continuation of problems and differences in the ranks of the Kurdish house will lead to distrust of Kurdish citizens of the political process and administrative.

Iraqi security and strategic expert Ahmad al-Sharifi said that Tal Afar is one of the important strategic cities of Iraq’s sovereignty. It connects the Turkish, Iraqi and Syrian borders and is considered a connecting line to the Saudi border and the Mosul-Mosul border line through the Iraqi-Syrian border and Deir al-Zour heading for the Mediterranean Sea.
Al-Shuraifi explained that Tal Afar is strategically important as a crossing point for energy in Iraq. Therefore, the liberation of Tal Afar from the organization “Daqash” has an important political dimension and makes Iraq a new challenge to world peace, pointing out that victory means the end of the organization “Dahesh” as a military threat to the country In the past period, but this does not mean the final elimination of the threat in terms of security.
Al-Sharifi noted the need to manage the conflict with “Da’ash” and terrorism as a whole through a strategy of security deterrent backed by the technical effort, pointing out that the public opinion and friendly countries hope that this victory will make a shift in the political component of the country.
He stressed that “there is no agreement on the national constants in the country, because there are fears of political unrest; because everyone wants to ride the wave after the military victory for the achievement of special political gains.”
Al-Sharifi said he believes that the political model does not amount to the military gains achieved, pointing out that the upcoming elections will not allow an alternative to reform the political situation of the desire of the sects and forces not to compromise on the interests achieved in light of the spread of corruption, which if revealed will knock large heads, .
The Joint Operations Command has announced, on Saturday, the imposition of control over 90% of the center of the district of Tal Afar, Nineveh province, while confirmed the continuation of military operations until the liberation of the judiciary from the grip of the organization, “Dahesh” in full.
The commander of the operations of “come to Tal Afar,” the team Abdul Amir Rasheed Yarallah, announced earlier today, the liberation of all districts of the district of Tal Afar, noting that what is left of the arena of operations, is Ayadiyah and the surrounding villages.

The Military Information Cell of the Joint Operations Command published a map [victory] on the occasion of the announcement of the liberation of the center of Tal Afar district, west of Mosul, entirely from terrorist gangs.

The commander of operations coming Talafar Lieutenant General Abdul Amir Rasheed Yarallah, on Sunday, the liberation of the center of Tal Afar in full and stay only the Ayadiyah area in the north of the judiciary and direct the army forces to liberate and announce the complete liberation of Nineveh province.

Baghdad – Journal News
The Office of the Inspector-General of the Ministry of Finance, on Sunday, issued a categorical ruling on the conviction of former finance minister Rafie al-Issawi and the confiscation of his movable and immovable property.
The Office said in a statement received by the Journal News that “following the investigations carried out in the Office of the Inspector General of the Ministry of Finance issued a court to examine the issues of integrity decisions of conviction, some of them acquired the degree of determinism against the former Minister of Finance and (3) of special grades in addition to To seize movable and immovable property and to issue arrest warrants against them. ”
“The sanctions ranged from one to seven years’ imprisonment, while the affected party (Ministry of Finance) retained the right to seek compensation in civil courts,” he said.

The Kurdistan Regional Government (KRG) announced on Sunday that the official government institutions will be suspended for six days starting next Thursday on the occasion of Eid al-Adha.
“The holiday of Eid al-Adha will start on Thursday, August 31, 2017 and continue until Tuesday, September 5, 2017,” said Svein Dzei, spokesman for the Kurdistan Regional Government (KRG) in a statement. He said that “Wednesday, September 6 will be the first working day In all departments and institutions of the Kurdistan Regional Government. ”
He added that “the government extends its warmest congratulations to the families of the martyrs, the Peshmerga heroes and all Muslims in Kurdistan, Iraq and the world, hoping that the Eid is a source of peace and stability in Kurdistan and the region to achieve the wishes of the legitimate people of Kurdistan.” 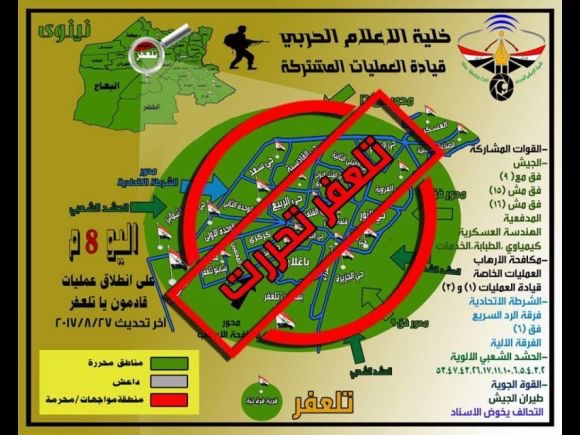 The War Media Cell, the Joint Operations Command’s media service, posted on its Facebook page a map of the enclave all covered with the colors of the Iraqi flag. “By God, it is victory…100% liberated,” read lines embedded with the map.
A few hours earlier, an Iraqi commander said Islamic State militants cornered in a region northwest of Tal Afar as Iraqi forces had retaken all areas at the town.
Sabah al-Noaman, a spokesman of the army’s elite Counter-Terrorism Service (CTS), told Dubai-based Al Arabiya network that the fighters are besieged in Ayadiya, northwest of the enclave.
Backing his statements minutes later, the Joint Operations Command said all districts of Tal Afar had been retaken except for Atadiya region and a few surrounding villages at the northwest. It added that the army’s 15th and 16th division were heading towards that region.
On Saturday, the Iraqi Joint Operations Command said it recaptured 27 out of 29 neighborhoods in Tal Afar, with the forces controlling almost all of the town’s center.
The government declared the launch of Tal Afar operations on August 20th. Iraqi military commanders have reported daily advances and retaking of IS-held territory since Prime Minister Haider al-Abadi ordered the launch of offensives on Sunday.
Past operations by the PMF had managed, until the end of June, to isolate Tal Afar from the Syrian borders and from the rest of Nineveh.
The United Nations says more than 30.000 were displaced as operations launched for the enclave.
After Tal Afar, the militants’ last holdout in Nineveh, the Iraqi government eyes the liberation of the few remaining havens in Kirkuk, Anbar and Salahuddin. 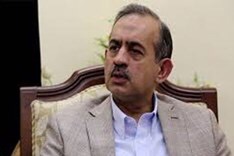 The decision of the Legal Committee of Representatives Hassan Tauran, that the referendum on the separation of the Kurdistan region is unconstitutional step and can not legally take what will result, because the Iraqi constitution does not allow any part of Iraq to secede.
He explained in a press statement, that the first article of the Constitution states that Iraq is a single federal state, and the referendum has no constitutional or legal ceiling.
He added that the timing of the referendum is very dangerous and we are fighting to urge the terrorist, and the most dangerous of that is the attempt of the province to annex some areas outside Kurdistan in the referendum, including Kirkuk and the provinces of Nineveh province, indicating that giving the right to Kurdistan to separate will give the right to other provinces to secede,
//Mother
Iraq Hassan Turan Parliamentary Legal