Member of the Organization: Our work is confined to observing the referendum ….

A member of an American organization, which is concerned with monitoring the elections, said that a group of cadres of the organization arrived in Kurdistan Region to monitor the referendum on the independence of Kurdistan scheduled for September 25.

Brian Mifford, said that “a group of cadres Organization (COD) American arrived in the province of Kurdistan, in order to monitor the referendum on the independence of the Kurdistan Region from Iraq.”

“Over the past years, our organization has monitored 21 elections in more than eight countries,” Mifford said.

“We have understandings with the Electoral Commission and we will meet with them to discuss preparations for the implementation of the referendum,” he said.

Adding that “our work is limited to monitoring the referendum, and we hope that it will be conducted in a democratic, transparent and free of violations to be a source of confidence for all parties.”

And formed the Kurdistan Region delegations to the opening of several capitals in the referendum file, and the European Parliament decided to send observers, to monitor the referendum on independence.

The head of the Independent High Commission for Elections and Referendum in the Kurdistan Region, revealed on Tuesday that they expected the arrival of a US team to the Kurdistan region late this month, to monitor the referendum on independence.

“This team is specialized in the field of elections and democratic organizations, and they will monitor the referendum process and the elections and the procedures related to them,” he said.

“This team is globally reliable and has been monitoring the referendums and elections in many countries of the world.” “After the referendum, the team will publish its report on how the process, its organization and its reports have an international impact and weight.”

The head of the High Commission for Elections and Referendum, continued that “the positive report on the process will have an impact on the international recognition of the results of the process.”

He also stressed that the referendum process will be organized according to international standards, and expected the arrival of other international teams, including Europe, and most of them will reach the middle of August and early September.

By Rudao an hour ago

A source familiar with the alliance of national forces, on Saturday, the head of the Iraqi parliament, Selim Jubouri, to the United States on an unofficial visit.

“Jubouri went to the United States for an unofficial visit,” the source said, speaking on condition of anonymity.

He pointed out that Jabouri had left for the United States in an unofficial and undeclared visit and was seeking the support of Washington, which wants to support the civilian trend, noting that al-Jubouri is trying to present himself to the American side as a Sunni leader leads a civil trend in an attempt to ease Washington’s interest in Iran, Dari.

He also pointed out that the visit also comes to read trends to know the region in which he will stand and form alliances that can be concluded, especially as it comes in sync with the return of Vice President Nuri al-Maliki from Russia.

The MP of the National Union of National Raad Dahlaki, the news was addressed by the political circles, according to the travel of the Speaker of the House of Representatives Salim al-Jubouri to the United States on an informal visit, especially that his speech I read on behalf of.

“Jubouri may have gone to Washington,” Dahlaki said in a statement.

#Daesh have now lost 73% of territory they once controlled in #Iraq, and 58% in #Syria. See the areas they have lost below. 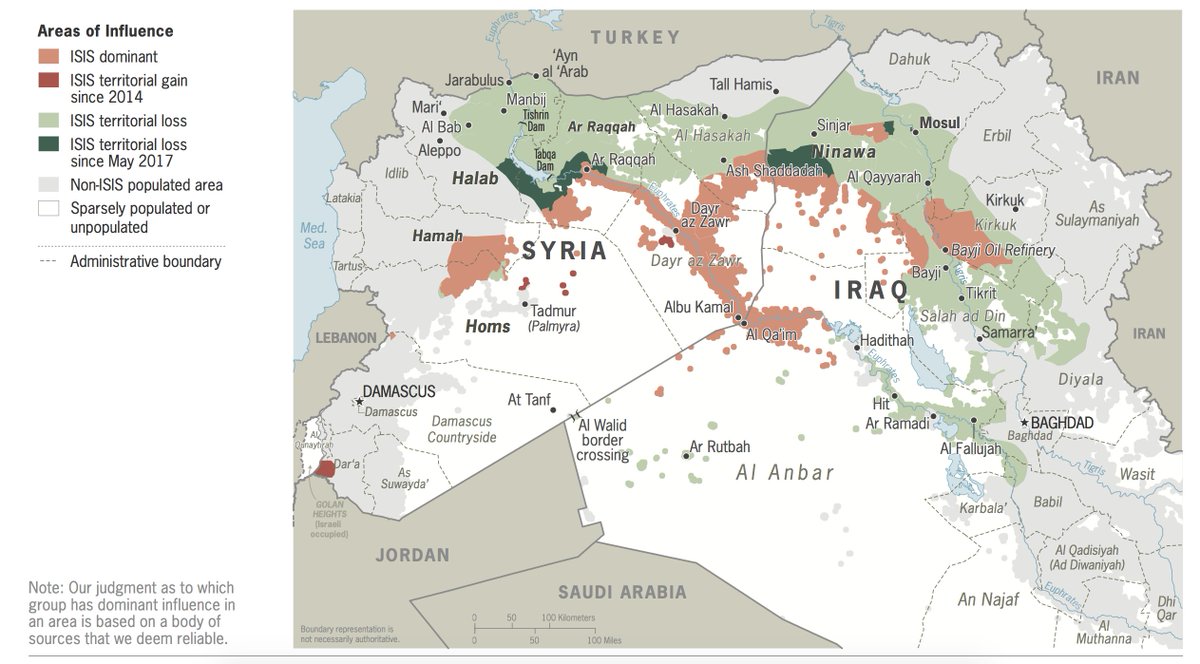 2 9 July 2017
The Prime Minister, Dr. Haider Abadi, issued a decree ordering the allocation of land in the residential sites of the families of the heroes who were martyred in the face of terrorism and the liberation battles of the Daheshi and the armed forces and security of all kinds, and popular mobilization, and volunteers from the tribal crowd and the Peshmerga, and the disabled who participated in those battles, Unable to work.

The Prime Minister issued the Diwani order as an expression of loyalty to the victory makers, who contributed to the elimination of gangs and the encouragement of terror and the liberation of our beloved lands, the latest of which was the city of Mosul, which issued the directives of religious authority.

The ministries of finance, reconstruction, housing, municipalities and public works (the Municipality of Baghdad and local governments) will create plots of land of 200 square meters each in good residential areas within the municipal boundaries of the administrative units.

The land is allocated after providing it within the basic designs adopted in each administrative unit according to the place of residence of the family of the martyr or the disabled according to the housing card and by drawing lots between the covered.

The National Council for Housing will follow up the implementation of the above and put the necessary mechanisms for this and provide the infrastructure in coordination with the specialized companies, and complete the completion of all the stages required by the subject and coordination with the Martyrs and Ministries and other concerned parties to complete the task, to be detailed instructions and recommendations on the subject for the purpose presented to the Council of Ministers by 20 – 8-2017 has also been complemented by guidance that the concerned authorities process procedures provide residential lands and allocated no later than 1- 11 also holds the bodies -2 017 related to the provision of loans from banks andpain Privatization to build housing units for covered in this matter, and are direct in this matter immediately and make up work teams by the executive bodies concerned devote themselves to accomplish its tasks under thespecified time timings.

Dr. Abadi: The whole world is impressed by the victory that the Iraqis have achieved because they did not expect it so quickly and in the difficult circumstances in Iraq. 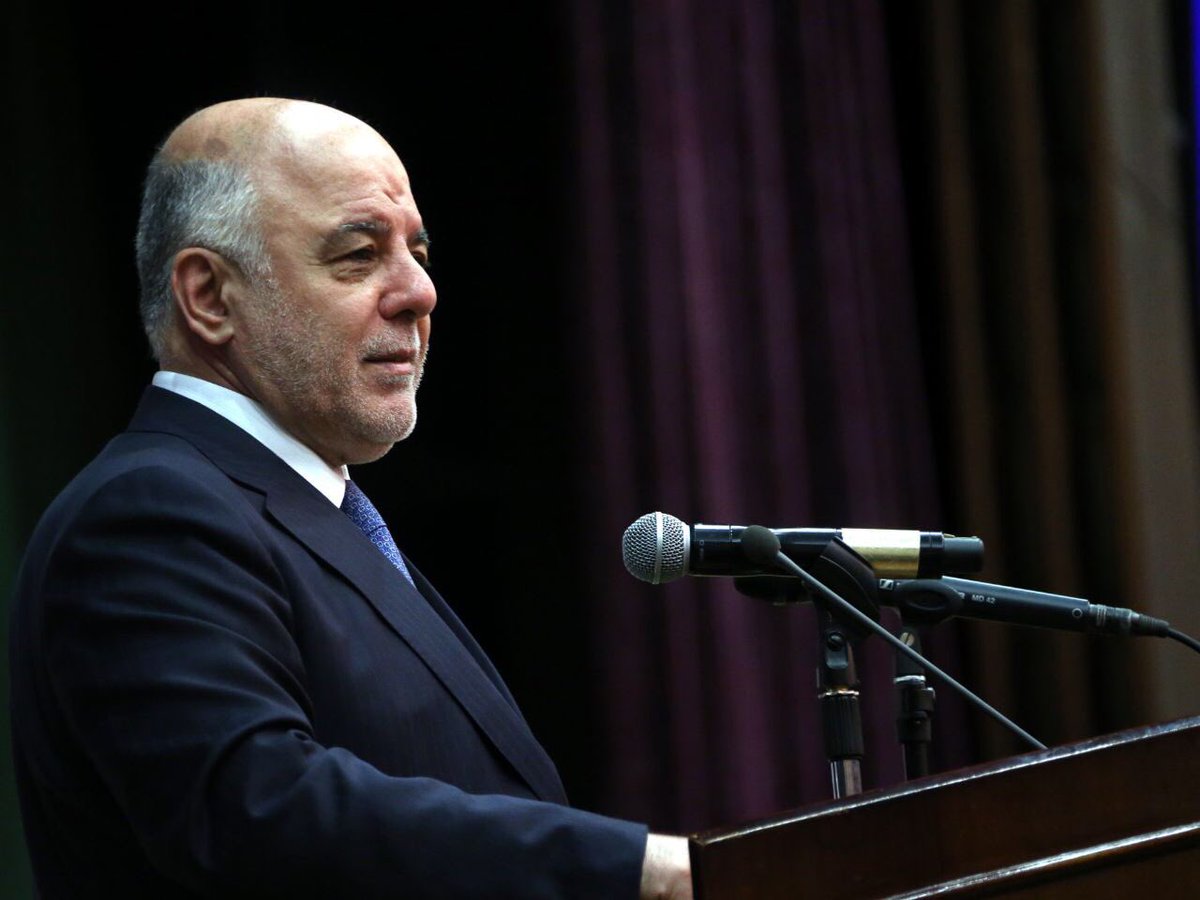