The battle to liberate the Iraqi city of Mosul, which lasted for months, destroyed all bridges linking the eastern and western parts of the Tigris River.

The residents of the Iraqi city of Mosul are currently crossing back and forth as a temporary bridge that is the only link. It is called the “Victory Bridge” after the liberation of the city from the control of the Da’ash organization.

After returning to state control, thousands of Mosulis cross the bridge daily to the devastated west side, called the right coast, to inspect their homes, collect belongings or find a place to live in the east.

Civilians are forced to cross the bridge, which is built for military purposes, on foot, where taxis stop on the east side about half a kilometer until soldiers check their papers.

Although residents are relieved of the suffering and difficulties they have faced in three years of terrorists’ control, they are concerned about the difficult humanitarian situation and lack of services in the hope of a better future. 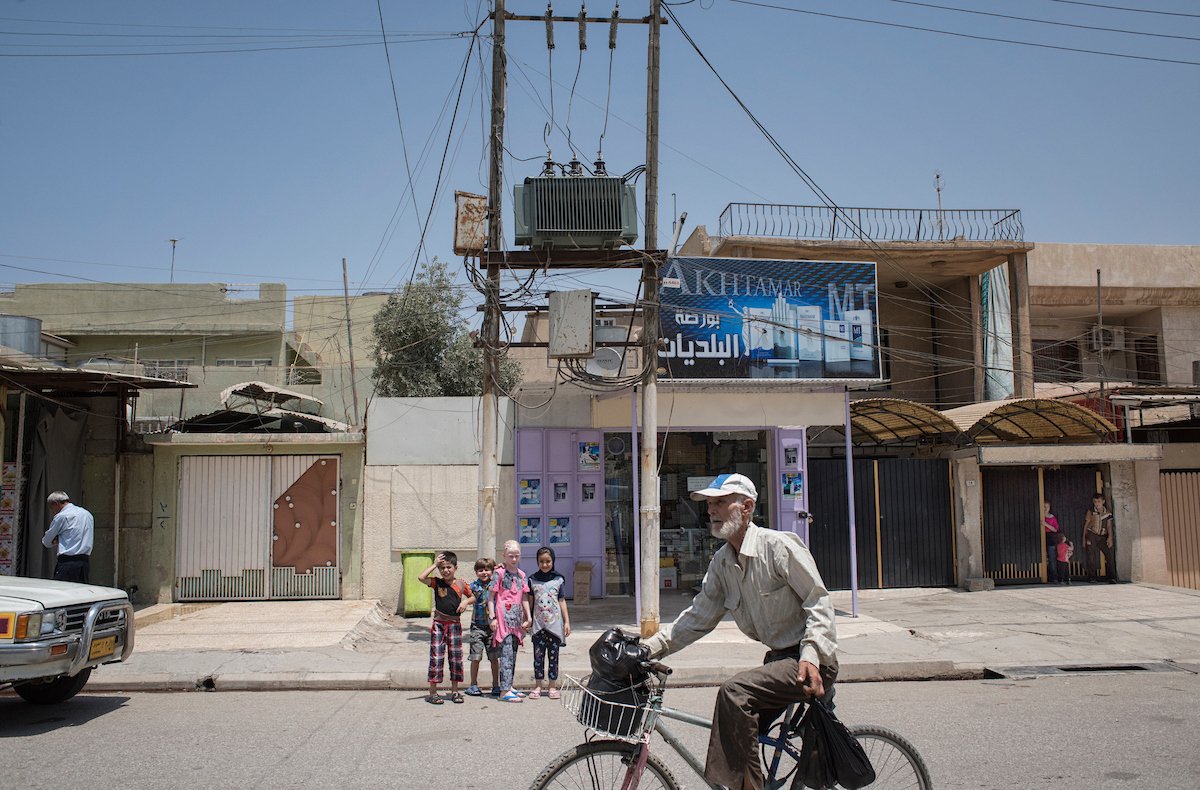 The Parliament ended its second reading of the draft law on the accession of the Republic of Iraq to the Convention on Freedom of Association and Protection of Trade Union Organization No. 87 of 1948 .. Follow

(Baghdad: al-Furat News) Prime Minister Haider al-Abbadi received in his office in Baghdad on Saturday the body and leaders of the popular crowd .. Followed

opened Egyptian President Abdel Fattah al- Sisi, on Saturday, the base [Mohamed Naguib] military province of Marsa Matrouh north – west of the country, which is the largest military base in the Middle East and Africa.

Al-Sisi witnessed the graduation of a new batch of students from military colleges and institutes in the northern military region, for the first time, in the presence of senior leaders of the armed forces, state officials in Egypt and representatives of Arab countries.

The Mohammed Najib base, which replaced the military city in Hammam, which was established in 1993, comprises 1155 vital installations, including 72 integrated training fields, including a complex of specialized training fields, an electronic tactical shooting range using state-of-the-art shooting systems, And two residential units for officers and noncommissioned officers.

The base was established to enhance the ability of the armed forces to protect the population centers, strategic economic installations and productive projects west of Alexandria and the western border, including the planned Dabaa nuclear station in the coming years, the oil fields in Western Sahara, the new city of Elamein, Average.

The city of Mosul, liberated from the control of a terrorist organization, has seen a sharp security escalation between the forces of the Ninewa Ninawa and Ninewa’s Ninewa Guard, which is a new challenge facing the city after liberation.
Armed clashes broke out Thursday between the Ninewa guards and the Martyrs Brigades, which are part of the popular crowd near the cultural group in Mosul.
The Secretary-General of the Brigades of the martyrs of Abu Al-Walai Al-Walai, the guard of Nineveh until Saturday morning to get out of the city of Mosul.
A spokesman for the Ninewa Guard Zuhair al-Jubouri told the “Journal News” that “the deadline launched by the Brigades of the martyrs of the Nineveh Guards to leave Mosul until tomorrow morning do not concern us and do not give any attention to them,” noting that “the Nineveh guards receive military orders only from Commander-in-Chief of the Armed Forces Haider al-Abadi. ”
On the differences with the movement of the master of martyrs, Jubouri said that “a fight between a number of fighters in the Nineveh Guards and the Brigades of martyrs in the cultural group in Mosul led to minor injuries, requiring the intervention of the Joint Operations Command and solve peacefully,” adding that “the command of operations referred the culprits In a fight to arrest the maximum penalties against them. ”
The Joint Security Forces managed 10 July 2017 to liberate the city of Mosul completely from the control of the organization calling on the terrorist who occupied it on 10 June 2014.