6 hours ago
The deputy of the province of Nineveh, Farah Al-Sarraj, on Friday accused the Vice President of the Republic, leader of the coalition of state law Nuri financial charges of the people of Mosul in cooperation with the organization calls for handing over the city to the hard organization in mid-2014.
Maliki, who was the head of the Iraqi federal government and the commander-in-chief of the armed forces before Haider Abadi accused in a newspaper interview the people of Mosul to overthrow the city, however, the militant organization “a conspiracy between the remnants of the Baath Party” and the province and local government.
“Al-Sarraj said in a statement that” we express our rejection of this false and unfair statement of the truth, which Mr. Maliki is trying occasionally to repudiate and throw it at others, “saying that” Maliki is directly responsible for the fall of Mosul and other cities as commander-in-chief of the armed forces, Things and leadership in a timely manner and this puts him directly responsible for everything that happened to the sons of Mosul from the scourge and destruction at the hands of gangs and calls the terrorist. ”
“The sons of the city of Mosul, when they invaded the terrorist gangs of their city, were disarmed and even light weapons,” she said, pointing out that the sons of the city of Mosul were the victims of a government default that resulted in handing over the whole city to criminal gangs that killed tens of thousands of its finest sons and destroyed its infrastructure Almost completely and displaced hundreds of thousands of them. ”
“The sectarian self, which we hear clearly in Mr. Maliki’s statements, makes him a fanatic of the oath he has made and became a protector of the constitution and vice president of the republic,” she said. “If the numbers were only 5,000, why did not the general commander of the armed forces The former liberated Mosul and made us lose the people of Mosul 27 thousand civilians under the rule of the terrorist “?

[Ayna-Baghdad] A
deputy from the province of Nineveh responded to the statements of Vice-President Nuri al-Maliki, in which the people of Mosul counted as those who dropped the city of Mosul in the hands of gangs and called for terrorism.
“We heard a statement by Vice President Nuri al-Maliki that the people of Mosul have dropped the city of Mosul in the hands of gangs and called on the terrorist plot between the remnants of the Baath Party,” said MP Farah al-Sarraj in a press statement. “And the provincial government and the President of the Kurdistan region Massoud Barzani.”
“Al-Maliki is directly responsible for the fall of Mosul and other cities because he is the commander-in-chief of the armed forces, who is in charge of leadership and leadership at the time,” she said.
“This puts him directly responsible for everything that happened to the sons of Mosul from the scourge and destruction by the gangs, calling for terrorism,” she said, adding that ” We wonder if the numbers are just 5,000. Why did not the commander-in-chief of the former armed forces liberate Mosul and make us lose 27,000 civilians under the rule of the terrorist? “Finally, the communities of Nineveh with all its components will rebuild the city without the need to topple the regime of a neighboring state because it is not our fault to interfere in the fate of the neighboring countries,” he said. All but ” Vice-President Nuri al-Maliki said in an interview published today that” the people of the city of Mosul are dropped into the hands of the terrorist, a conspiracy between the remnants of the Baath Party and the province and the local government and Massoud Barzani. ”

The US Air Force has granted the global holding company Sallyport a $ 134 million foreign military sales contract at the Balad Air Base in Iraq, the Pentagon confirmed Friday. In a statement, the US Defense Department said in a statement that the US Air Force gave Sallyport Global Holding a foreign military sales contract of approximately $ 134 million to provide support base operations and security services at the Balad air base in Iraq, adding that the Department of Defense would implement a contract over the six months Coming in the base of Air Country, Iraq, is expected to be completed on 30 January 2018. “

Pentagon gives US company a contract at the Iraqi airbase

The US Air Force has awarded the international holding company Sallyport a $ 134 million foreign military sales contract at the Balad Air Base in Iraq , according to the Pentagon.“The US Air Force gave Sallyport Global Holding a foreign military sales contract of approximately $ 134 million to provide support base operations and security services at the air base in Iraq,” the Pentagon said in a statement.

“The Pentagon will be working on a contract over the next six months at the base of Balad Air, Iraq, and is expected to be completed by 30 January 2018,” the statement said. “The Iraqi government has requested support operations and will be funded from foreign military sales funds,” the statement said. 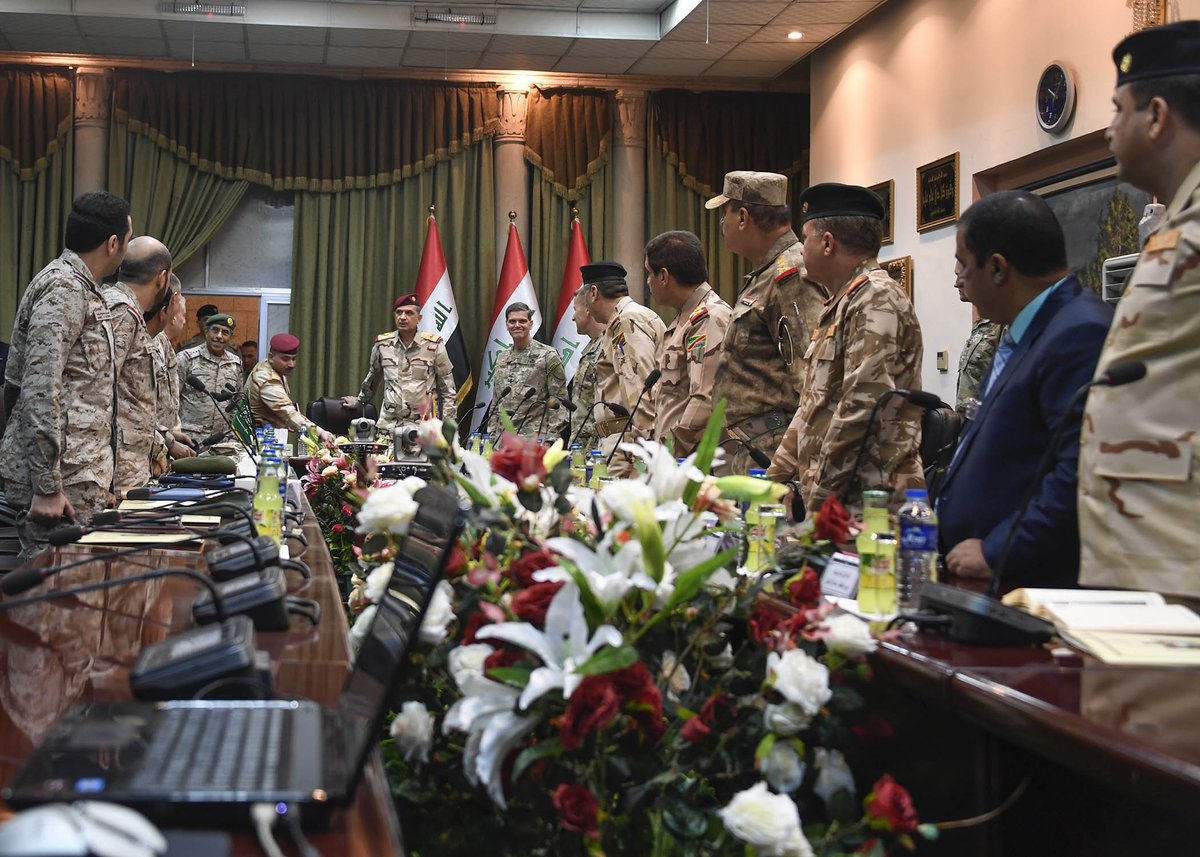 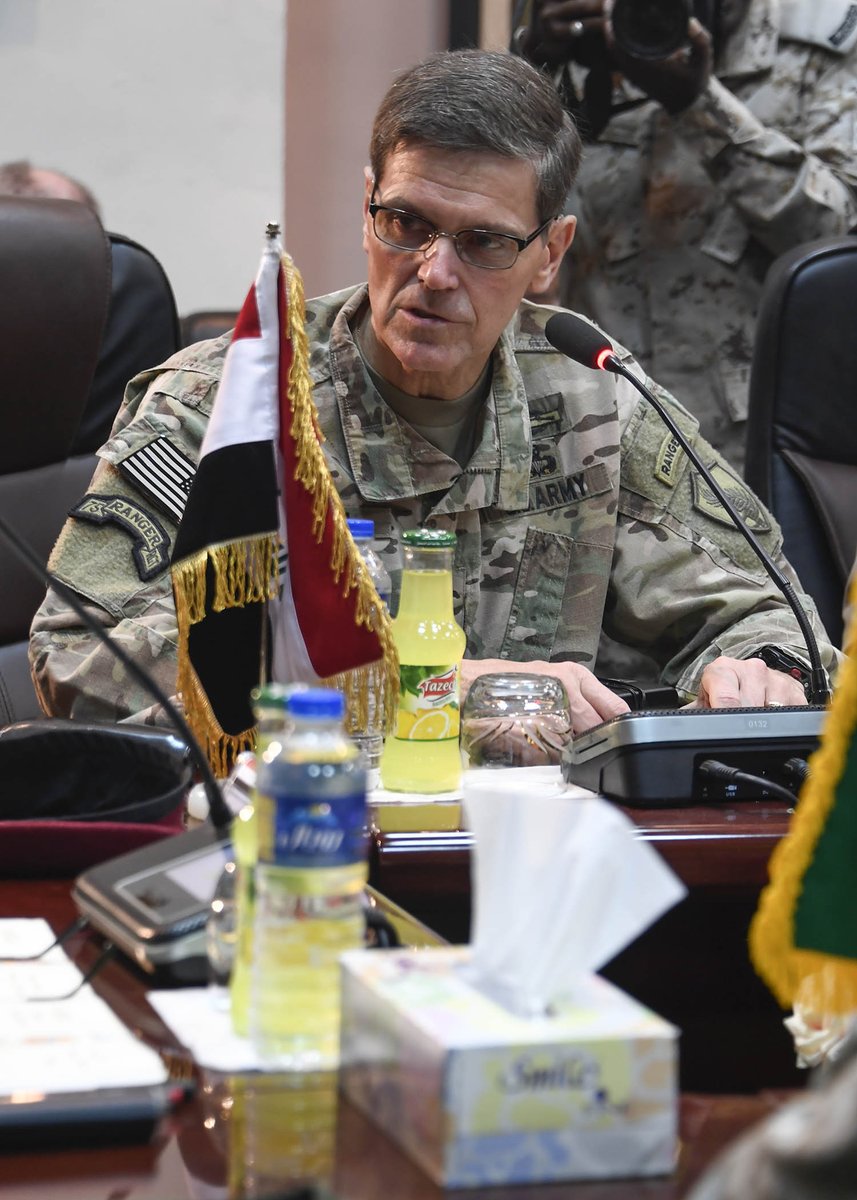 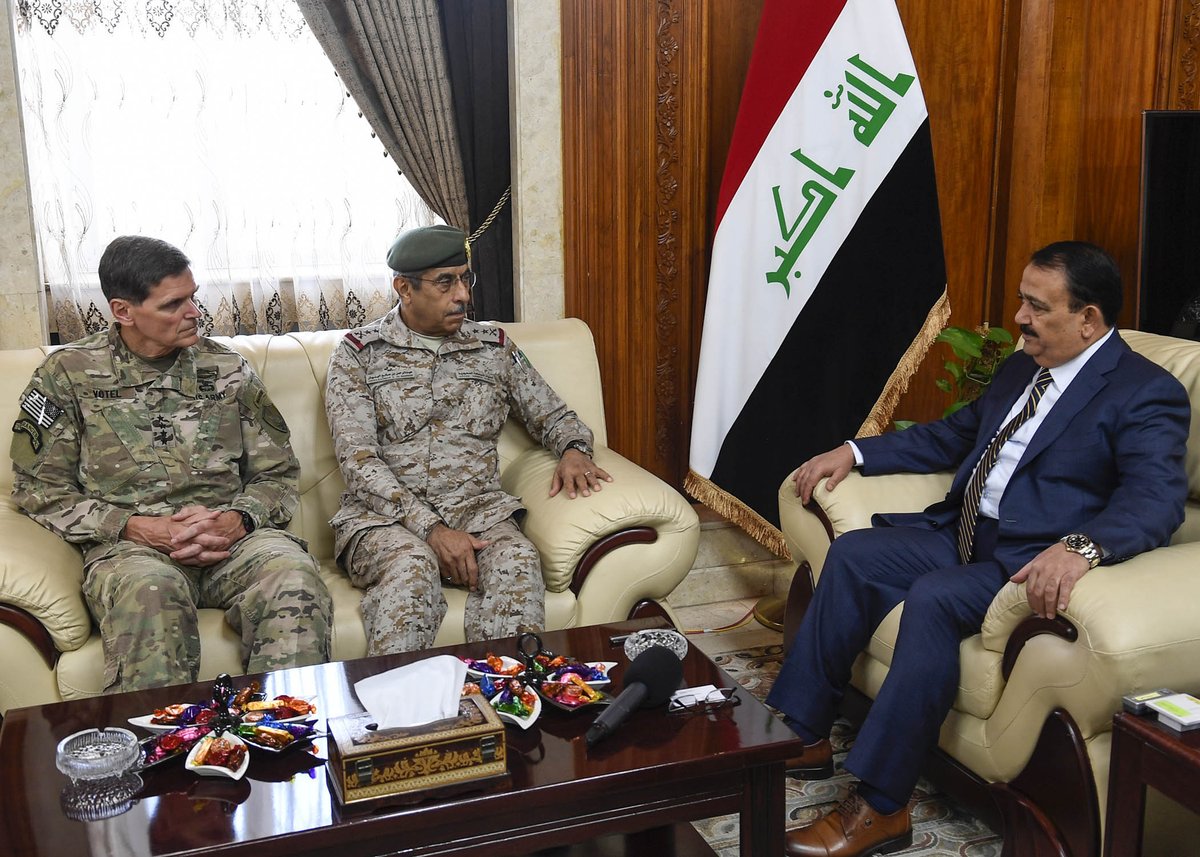 #Iraq in #Baghdad to discuss regional stability and security @CJTFOIR 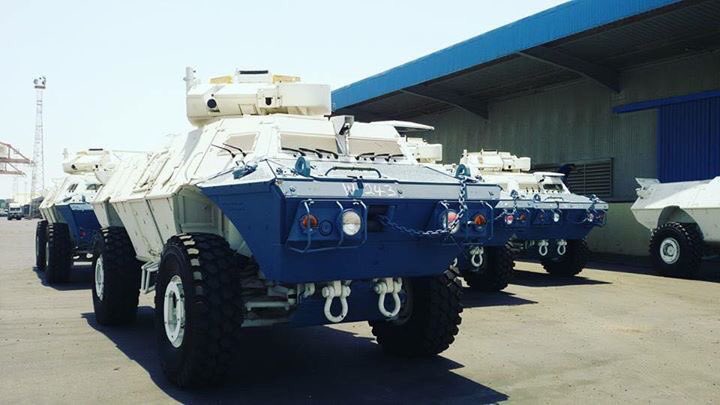 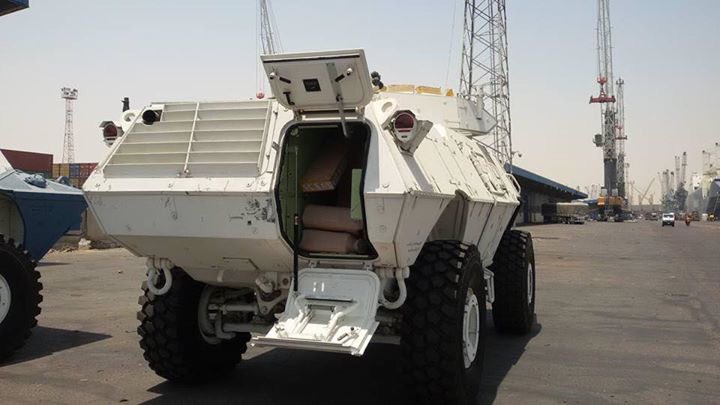 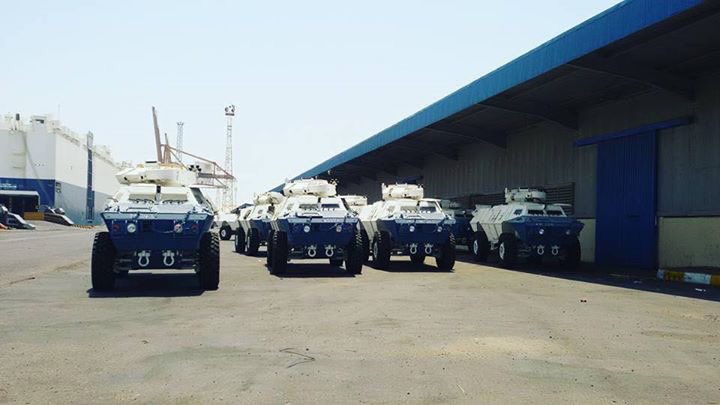 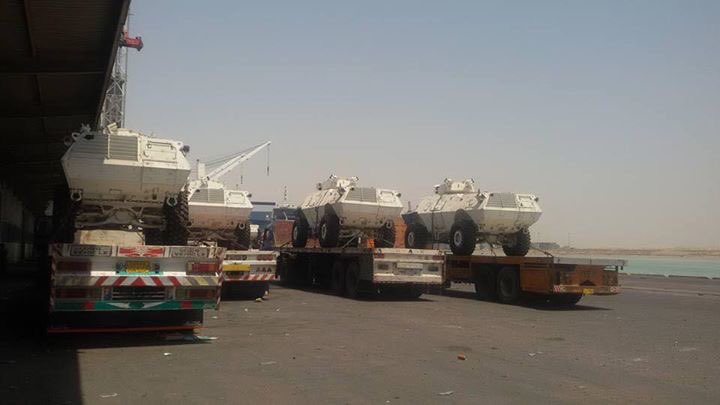 The United Nations Humanitarian Coordinator for Iraq, Liz Grande, said the agreement with the Baghdad government has been agreed on the first phase of reconstruction of the city of Mosul.

This came at a joint press conference, held by the UN official in Mosul with the Secretary General of the Iraqi Council of Ministers, Ali Alaq, and the governor of Nineveh, Nofal Sultani.

Grandi said that the first phase “includes 70 projects, in particular the reform of the health system, sanitation, water, electricity and civilian houses,” and explained that there is “worried” about the extent of the destruction suffered by civilian homes and mechanism of return, and discussed with the ” “I built it.

The cost of the first phase and the details of the subsequent stages were not announced.

For his part, the Secretary-General of the Iraqi Council of Ministers, that the old city in Mosul was subjected to “total destruction”.

“Work is under way to restore essential services, such as water and electricity. We now have two drinking water projects on the western side of the city, and electricity will be connected to start up,” he said, without giving further details.

“Work is also underway to restart the Mosul power plant, which could produce up to 750 megawatts, but the problem now lies in power transmission lines, which were sabotaged by terrorists,” he said, referring to the Daash organization, which was defeated by government forces, Last week, after battles lasted more than eight months.

As for the size of the destruction in the city of Mosul, Al-Alak pointed out that “on the western side were divided neighborhoods according to the proportion of damage, some suffered minor damage, and some of them were subjected to mass destruction, as in the old city.”

“There are 72 bridges destroyed in Mosul and the surrounding areas, and only one bridge has been reconstructed by local government efforts,” said Noufal al-Sultani, governor of Nineveh.

“The biggest work we are currently facing in areas that have suffered extensive destruction, like the center of the city, is the rubble, which is difficult, but the work started.”

The government announced the liberation of the city on July 10, following fierce battles lasted about 9 months, with the help of the international coalition to fight the Washington-led organization.

The fighting displaced about 1 million civilians, about half of the population who were inside the city at the start of the fighting, in October.

(Baghdad: Al Furat News) Prime Minister and Commander-in-Chief of the Armed Forces, Haider al-Abadi, for the reason for shortening his statement by announcing the victory of the city of Mosul and its liberation from the gangs of terrorist groups on July 10.

“Two suicide bombers and others armed with Daash were close to where we declared victory and the time was limited and we did not expect much,” Abbadi said during a celebration of the Martyrs Foundation.

“A brief speech was given to the Liberation Declaration of the presence of senior military commanders and fighters near me.”

The Prime Minister Haider Abadi announced on the tenth of this month from the old city on the right side west of Mosul, the liberation of Mosul completely from Dahesh.

Baghdad – Journal News
The US military said on Friday it was ready to deploy more than 2,000 troops from the 10th Mountain Division in Iraq this fall.
“Soldiers from the Combat Team (3rd Infantry Brigade), based in Fort Polk, Louisiana, will replace the 2nd Brigade Combat Team, 82nd Airborne Division, in a regular rotation of troops to support the process of the inherent solution,” the military said in a press statement.
“The aim of deploying alternative or additional troops is to enhance integration to build a better war-fighting team,” said the commander-in-chief of the US Army’s 36th Infantry Division.
“Over the past few months, we have worked hard and completed several training courses to include joint readiness in preparation for this mission,” said Major Walter Byat, commander of the Mountain Division. “I am confident of success.”
It is noteworthy that five thousand US troops are currently in Iraq working as advisers as part of the military operation against the “Daash” terrorist.