US troops in Iraq

An Iraqi delegation in Washington meets with US officials to discuss a number of security issues.

The delegation includes representatives from the Prime Minister’s Office, the National Security Council, the Counter-Terrorism Bureau, the Army and the Ministry of the Interior, as well as representatives of the Kurdistan Regional Government.

Hikmat explained that the Iraqi security delegation brought to the US administration a number of letters, with the aim of developing bilateral relations, by providing more support to the Iraqi forces, especially the Peshmerga forces in Kurdistan. 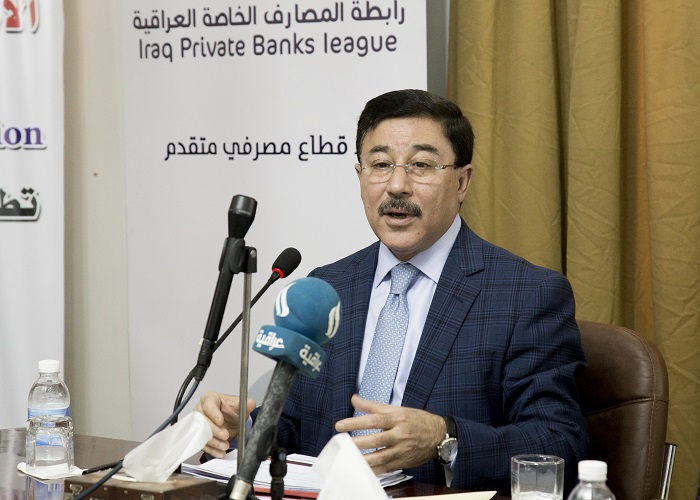 He addressed various matters related to the banking issue, as well as the financial situation of the country, in the midst of his speech during the session. Problems facing the balance of payments, in particular the deficit in budget 2017 which leads to instability of the state budget because the volume of dependence on money coming from abroad is higher than the money that comes from the inside.

Mr. Mayor explained that the balance-of-payments shortfall was putting pressure on the central bank because the country today was unable to enter a foreign currency alongside the money that enters the oil, stating that “the balance of payments deficit means that the country is unable to attract investors, tourists and others. 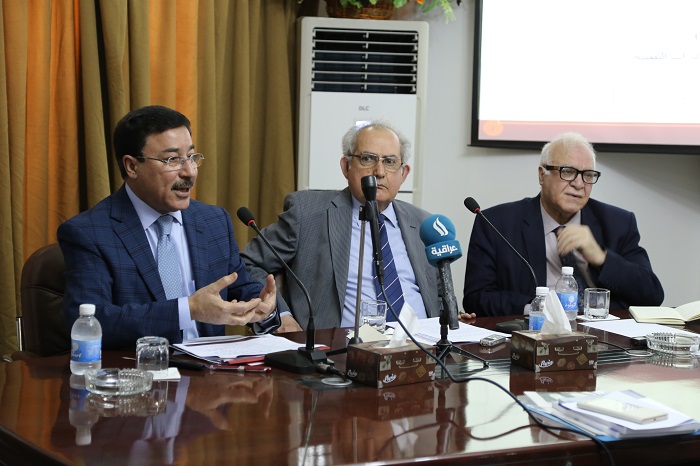 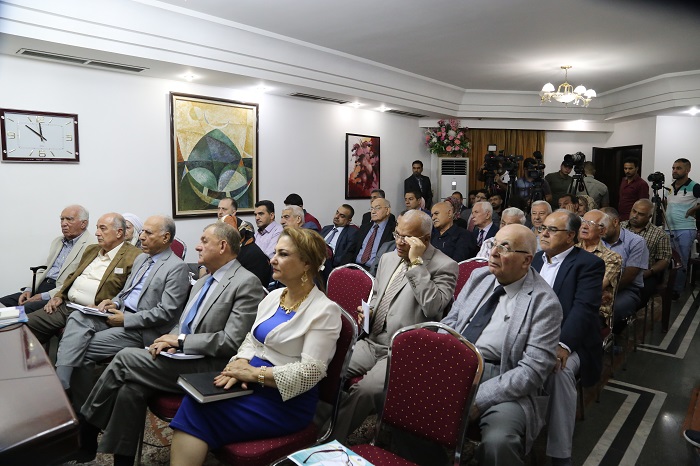 MOSUL — the Islamic State (IS) militants in Tel Afar executed 12 of their commanders, as a punishment for trying to flee the area, a local source said on Sunday.

According to the source, the IS front in Tel Afar has collapsed after the group’s defeat in Mosul, as a large number of IS militants were killed by the Iraqi forces.

Several other news outlets from the day before reported that clashes had broken out between members of the IS Takfiri group at a mosque in Tel Afar, as a result of which four insurgents were killed or injured.

Another local source, who spoke to Al Sumaria News on condition of anonymity, explained that the extremist group is witnessing a breakup, due to increasing internal differences, which has led to several clashes between the group’s militants.

The IS commanders in Tel Afar declared the town “an independent state,” separated from the self-proclaimed IS “caliphate,” shortly after the Iraqi Prime Minister, Haider al-Abadi announced the complete liberation of Mosul.

However, the anonymous source added that the town is currently controlled by Arab and foreign IS militants with no local leaders, which has made the situation in the town even more unstable, due to the arising mass executions and internal clashes.

Parliamentary Finance Committee revealed Sunday, about a shortage of some of the financial budget for the current year terms caused the lack of salaries of state employees, noting that the supplementary budget will be approved in the coming days will solve the crisis.

The committee member said Magda Tamimi, said that “the general budget saw a financial imbalance in securing the salaries of employees in seven units will be remedied in the coming days.”

Tamimi added that “the supplementary budget to be discussed in the House of Representatives in the coming days will provide the amounts as planned in the budget,” indicating that “the country Aishd financial crisis but administrative corruption and the dominance of some influential parties on customs and taxes caused a lack of money.”

The member of the Finance Committee in the House of Representatives Magda Tamimi revealed on Saturday, was seeking to cancel the deduction of employees’ salaries after the liberation of Mosul operations.

The province of Diwaniyah, on Sunday, a large military parade with the participation of different military units and the popular crowd in the province, on the occasion of Victory Week celebrations and the liberation of Mosul province from the control of the Daqash organization.

Diwaniyah governor and head of the Supreme Security Committee Sami al-Hasnawi said that “the victorious efforts achieved victory in Mosul, through the first two military and the other logistical provided by the citizens,” praising “all the types of security forces that participated in the liberation.”

“The victory was achieved with the participation of all Iraqis with the security forces. The anti-terrorism apparatus, the federal police and the Iraqi army were fighting side by side with the volunteer citizens in the popular crowd,” he said.

It is noteworthy that the review, which was attended by Diwaniya Governor Sami al-Hasnawi and the provincial police chief and representatives of the provincial council and a number of families of martyrs and tribal elders and citizens, witnessed the presence of senior military figures from the people of Diwaniyah, who participated in the liberation of Mosul, including the commander of special forces in the anti-terrorism team, Aridi and the commander of the ninth division of the Iraqi army, Lieutenant General Qassem Nazzal.

The representative of the Kurdistan Regional Government to Iran, Nazim al-Dabbagh said that the referendum scheduled for September in a negotiating tactic to pressure the central government to implement its promises on the benefits of the region and will not lead to separation from Iraq.

“The Iraqi Kurds prefer to stay as part of Iraq despite the call for the referendum on independence on September 25,” Dabbagh said in a press statement from Tehran. He expressed fears that Iraqi forces would attack Kurdish positions after the liberation of Mosul from a militant organization. Its expression.

“The Kurdish leadership is conducting a referendum to resolve the problem with the Iraqi government and the Kurds have no intention of secession from Iraq,” said Dabbagh, a member of the Patriotic Union of Kurdistan (PUK). He accused the Baghdad government of failing to fulfill its key promises included in the 2005 Iraqi constitution, Which lies on the border between the autonomous Kurdistan region and the rest of Iraq.

A senior delegation of the Patriotic Union of Kurdistan (PUK), headed by the First Deputy Secretary-General of the Union Kusrat Rasul Ali, is visiting Tehran on an official invitation to discuss the referendum and political relations in the region.

The central bank announced on Sunday that the foreign currency reserves in the case continues to increase from what it was in the past year.

The central bank said in a brief statement received “Economy News”, “The foreign currency reserves of the level of competence in accordance with international standards and is currently more than what it was last year.”

The general manager of financial operations at the Central Bank, Mahmoud Dagher, warned of a significant threat to the monetary reality is foreign assets that represent the original creation of the dinar assets and reserves.

The commander of the 9th Armored Division in the Iraqi army, Lieutenant General Qassem Nazzal, on Sunday, completed the plan to liberate the district of Tall Afar from the control of the organization, “Daash,” while stressing that it did not include the participation of any faction of the popular crowd.

“The military plan for the liberation of Tal Afar is fully completed,” Nazzal said in an exclusive statement to Baghdad today. “Their implementation depends on the zero hour declaration to be determined by the commander-in-chief of the armed forces Haider al-Abadi,

Nazzal added that “all armed forces are ready to carry out this operation in order to fight the terrorists wherever they are and to expel them from their last place of presence.”

On the news that there is an agreement between the Ministry of Defense and the Abbas combat team and the brigade of Ali the elder on their participation in the liberation of Tal Afar, the commander of the 9th Armored Division, “the news is baseless.”

She said in a brief statement that it “tomorrow we will start on Monday, the distribution of salaries for the month of May , the Ministry of Peshmerga brigades , ” noting that ” the distribution ofsuccessively the rest of the Kurdistan region of employees ‘ salaries.”

The Ministry of Labor and Social Affairs in Kurdistan announced earlier salaries cut 43 thousand people the time  was dedicated to them like brushed functional private, and other proportion as people with special needs, later audit proved to be illegal and granted without entitlement. ”     Ended O.h

US Special Presidential Envoy for the International Coalition to Counter ISIS Brett McGurk announced that talks are under way with Erbil and Baghdad to postpone the Kurdistan Independence referendum and to solve the pending problems between both sides.

In a statement, he said that US announced that the referendum is not appropriate at this time and it urged the Kurdish people to reconsider this decision.

He confirmed that US desires to continue the fruitful cooperation between Peshmerga forces and Iraqi forces to achieve the final victory against ISIS.

McGurk warned  that the referendum could be dangerous in the  disputed areas as ISIS terrorists are near theses areas.

The Kurdistan Region set September 25th to hold a referendum on the region’s independence.