BAGHDAD – Iraq Press – July 15: claimed the Committee on Culture and Information Parliamentary Saturday that the adoption of the new Media Commission Act and Communications will contribute to the provision of substantial financial resources of the state. ”

This comes Tosaba to send the Media Commission Act and communications to Parliament after making amendments to it in preparation for the legislation in the coming sessions, indicating that “the amendments made to the law represented the integration of a number of paragraphs contained in the transmitted version by the federal government with those prepared in advance of the Committee in this that subject to approval during the current legislative term of the House of Representatives. “
He noted that “the proceeds of the law, if approved, may be similar to or greater than resources accruing to the country’s oil production, especially after the recent amendments that have been added to the drafting of the law being housed in it the technical aspects and administrative,” pointing out that “drafting has in accordance with the jurisdiction of body, which includes follow-up activity of mobile phone companies and organize the work of the telecommunications sector in the country as well as follow-up work of the satellite channels and radio frequency spectrum and obtaining finance charges from operating in the sectors of media and communication institutions. ” Ended O.h

Twilight News / official in the Iraqi Kurdistan government considered that thereferendum on the independence of the territory scheduled to take place in September / September is a negotiating tactic to put pressure on Baghdad to fulfill itspromises on energy and power – sharing files.
Through Nazim Dabbagh, which represents the government of the Kurdistan region of Iraq in Tehran, fears of attack Iraqi forces Kurdish sites after the completion of theliberation of Mosul al Daesh.
But he stressed that Iraq ‘s Kurds prefer to remain part of Iraq, despite the call for a referendum on independence on 25 September / September.
Dabbagh told AFP , “We are doing this (the referendum) to solve our problems in Iraq. So far, we have no intention of separation.”
“We do not feel that Iraq accepts us. For this reason, we seek to take advantage ofappropriate opportunities, through diplomacy, parliament, and the people, in order toclaim our rights. If they do not want ( the Iraqi authorities) to solve our problems .Our people ready to sacrifice.”
Dabbagh accused Baghdad of not fulfilling its promises listed in the main Iraqi constitution in 2005, including the solution of Kirkuk, the city located on the border between the province of Kurdistan , which enjoys self – governing and the rest ofIraq.
Asked if he was concerned about the possibility of attacking the Iraqi army and theforces of the Shiite crowd popular for the Kurdistan Region, ” one hundred percent answered. That ‘s what I fear.”

The parliamentary finance committee described the 2017 fiscal situation as relatively good so far, while the economic adviser to the Iraqi prime minister that “optimism is still cautious” of them.

A member of the Finance Committee MP Masoud Haider, told the newspaper “morning”: “The state spends on the basis of actual revenues that enter the Treasury,” noting that “the financial situation of the country is relatively good so far.”

For his part, the appearance of Mohammed Saleh, economic adviser to the Prime Minister, expressed optimism about the caution of the financial situation of the budget this year. Saleh explained in an interview with Al-Sabah that “our optimism about the budget should be accompanied by caution, pointing to the reason that” the budget depends on 93 percent of its imports on oil revenues, and the markets for oil are not guaranteed. “

Saleh added that “the price of selling barrels of oil was set in the budget of $ 42, and rose in global markets after a period of up to $ 47, and now we see a decline in prices, and do not know how the price will be in the coming months.”

“The priority in all budgets is to ensure the salaries of employees, retirees and social protection by 100 percent, in addition to sustaining the requirements of the war against terrorism,” he said, adding that “after Other necessities include water and sewage projects, infrastructure and basic energy for citizens. “

“Part of the success achieved by the government of Prime Minister Haider al-Abadi is the financial success through crossing the Iraqi wheel for the past and present years, without any disruption in salaries or basic expenses and financing the war,” the economic adviser said.

Saleh stressed that “the economic situation in Iraq came out of the bottleneck” completely, adding that “optimism should not cause us inaction, but always be wary of two external variables, terrorism and oil prices.”

[Baghdad: Wayne]
The Ministry of Transport announced the restructuring of the Department of Altadhaev Iraqi Airways.
Said Transport Minister Kazem cup Hamami, in a statement quoted by the media ministry said Saturday that “steps are under way to restructure Altadhaev section of the Iraqi Airways, has embarked on the first step toexclude stewardesses was born in 1955, 1956.1957.”
“The move is to ensure the success of the work of the Department Altadhaev commensurate with therequirements of the stage to be the airlines par Arab and international lines, and that Iraqi Airways has set up several courses for the department Altadhaev.”
He noted that ” the ministry will open new courses in accordance with international standards for theacceptance of hosts and hostesses in order to supplement the airline young energies that will face a bright represents Iraq through the Iraqi Airways.”
http://www.alliraqnews.com/modules/news/article.php?storyid=63888 UN Secretary-General António Guterich told the UN Security Council that the situation in Iraq was “unstable,” despite the Iraqi forces’ entry into the city of Mosul and its removal from the grip of an oppressive organization.

The Secretary-General of the United Nations called on the members of the Security Council to approve the extension of the United Nations in Iraq for a year, Guterch and during a report read the hearing of the Security Council explained that the progress achieved so far is not enough to prepare for provincial elections and the provinces in Iraq, September of this year.

Side of the concert

The Iraqi Embassy in Cairo held a ceremony Friday evening on the occasion of the liberation of Iraqi forces in the city of Mosul, the center of Nineveh province and the second largest city in Iraq.

Days ago, the Iraqi government announced its return to the city after fierce battles between Iraqi forces backed by air coalition forces.

A celebration marking the liberation of the connector

A celebration of the home of the Iraqi ambassador

Attendance during the speech of the Iraqi Ambassador

Side of the celebration

Side of the concert 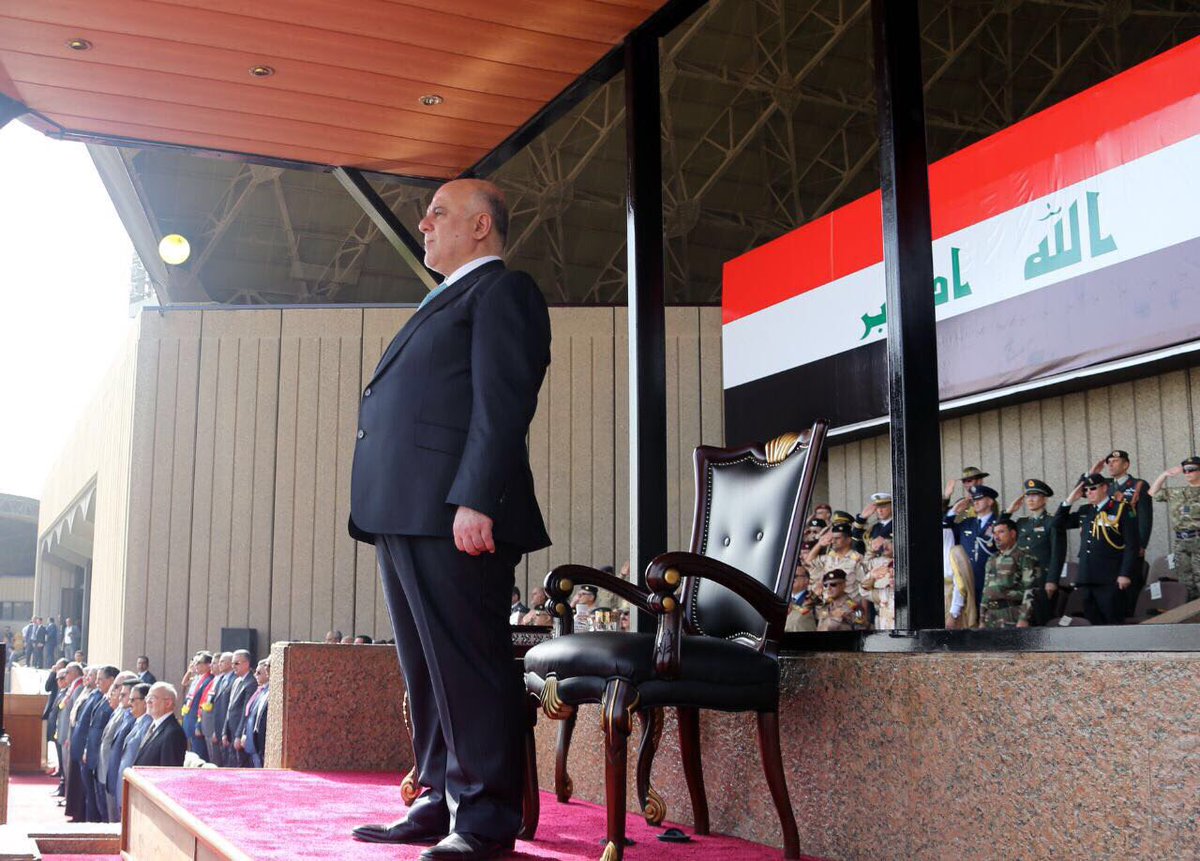 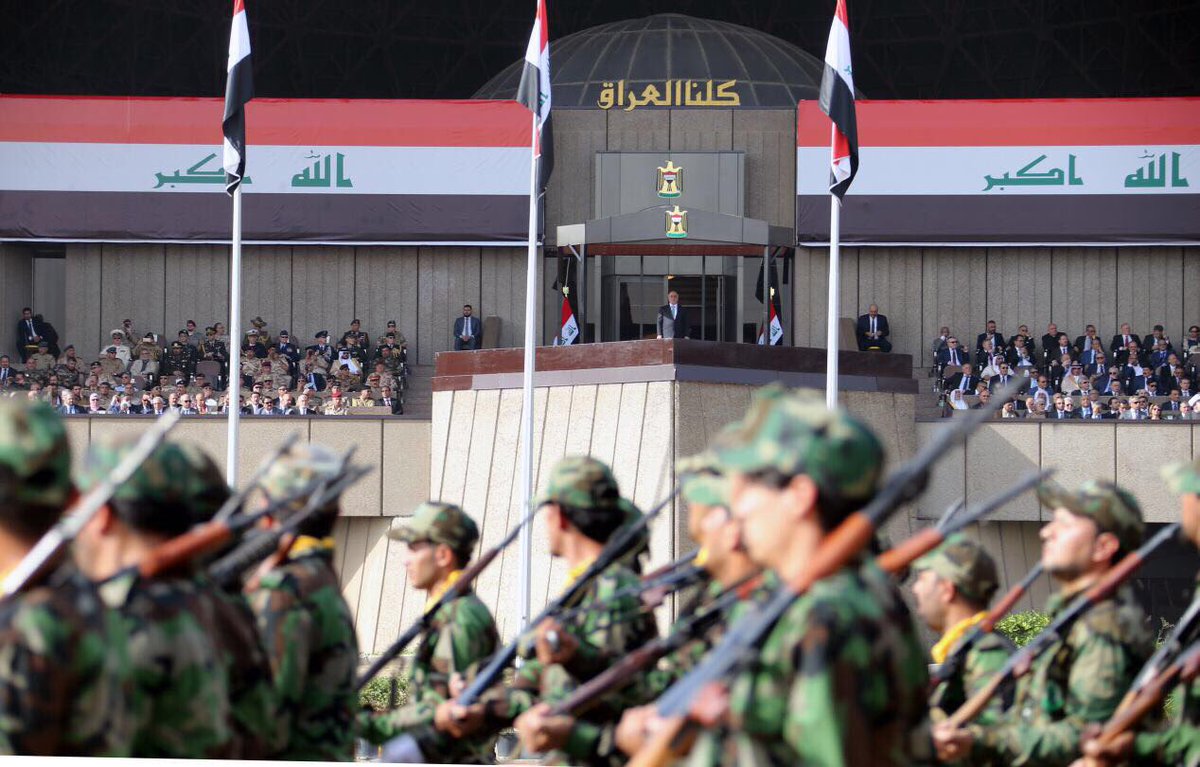 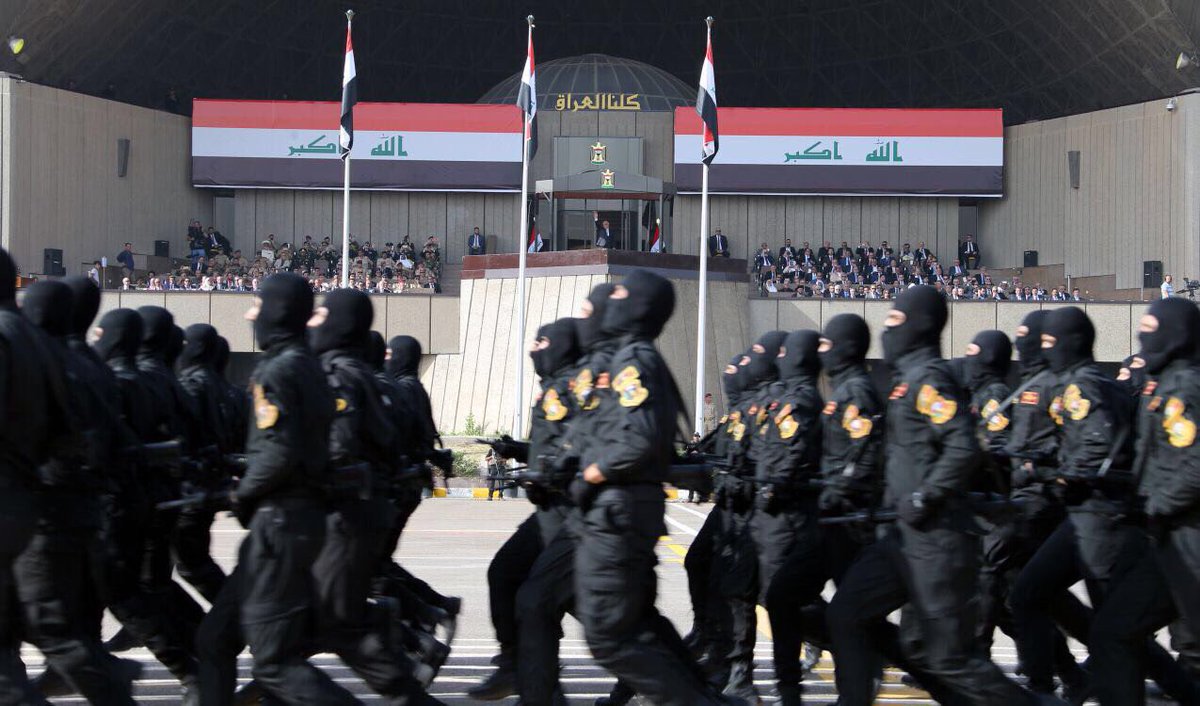 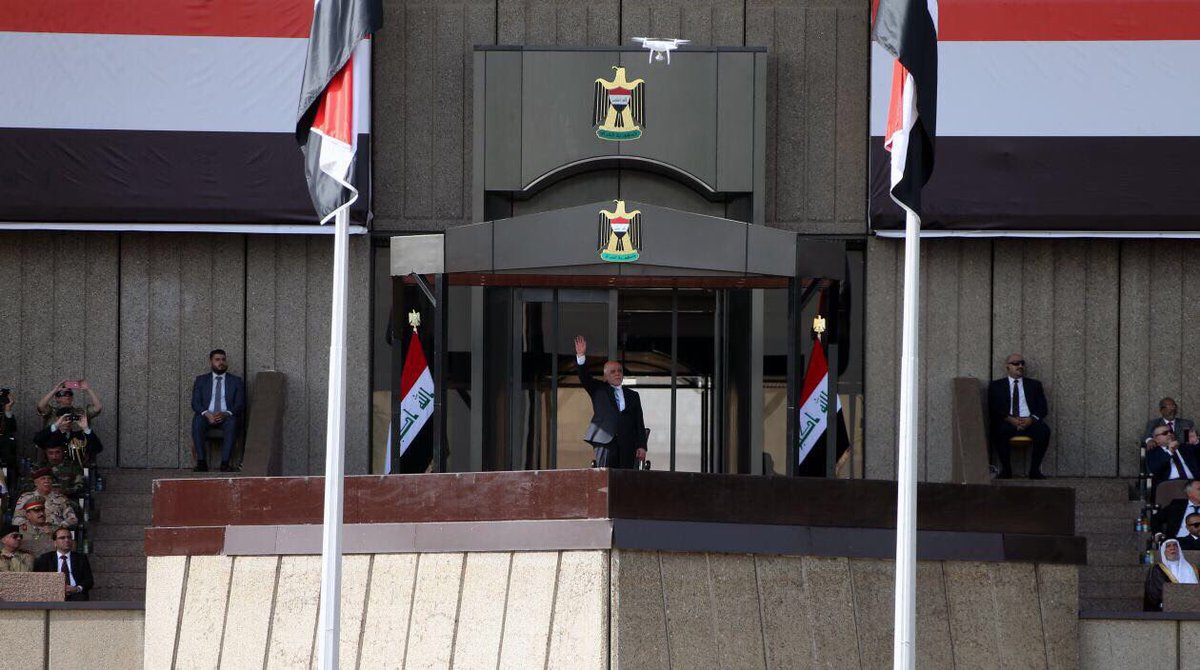 Prime Minister Dr. Haider Abadi, with the families of martyrs during their attendance review of liberation and victory 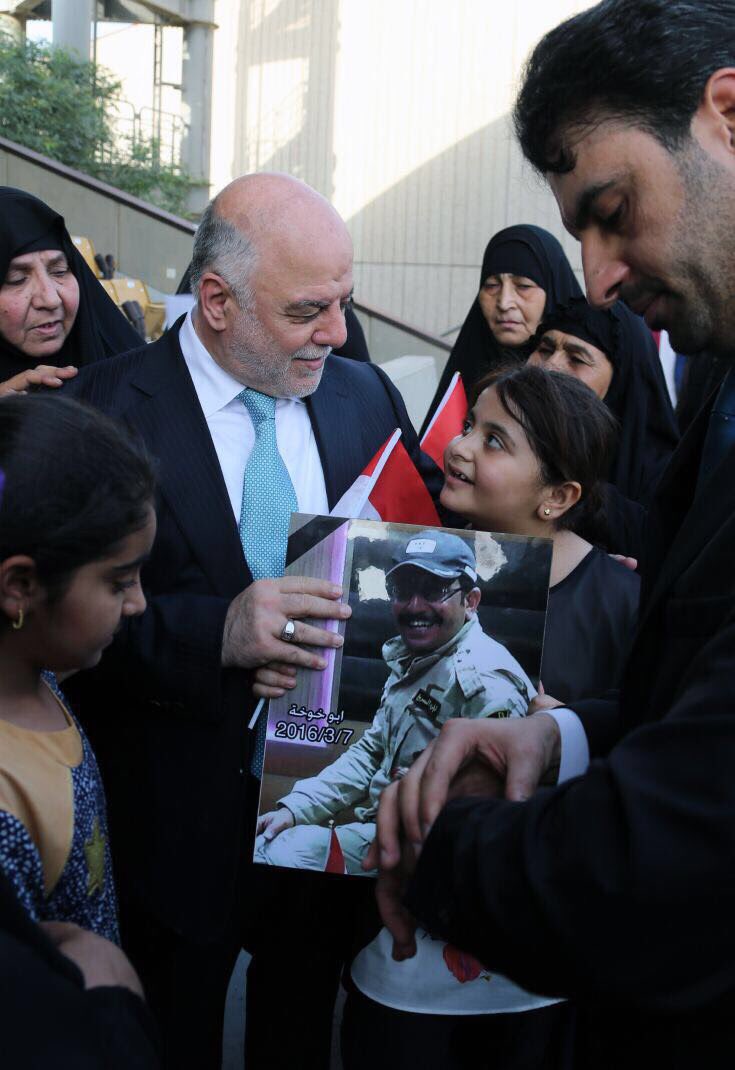 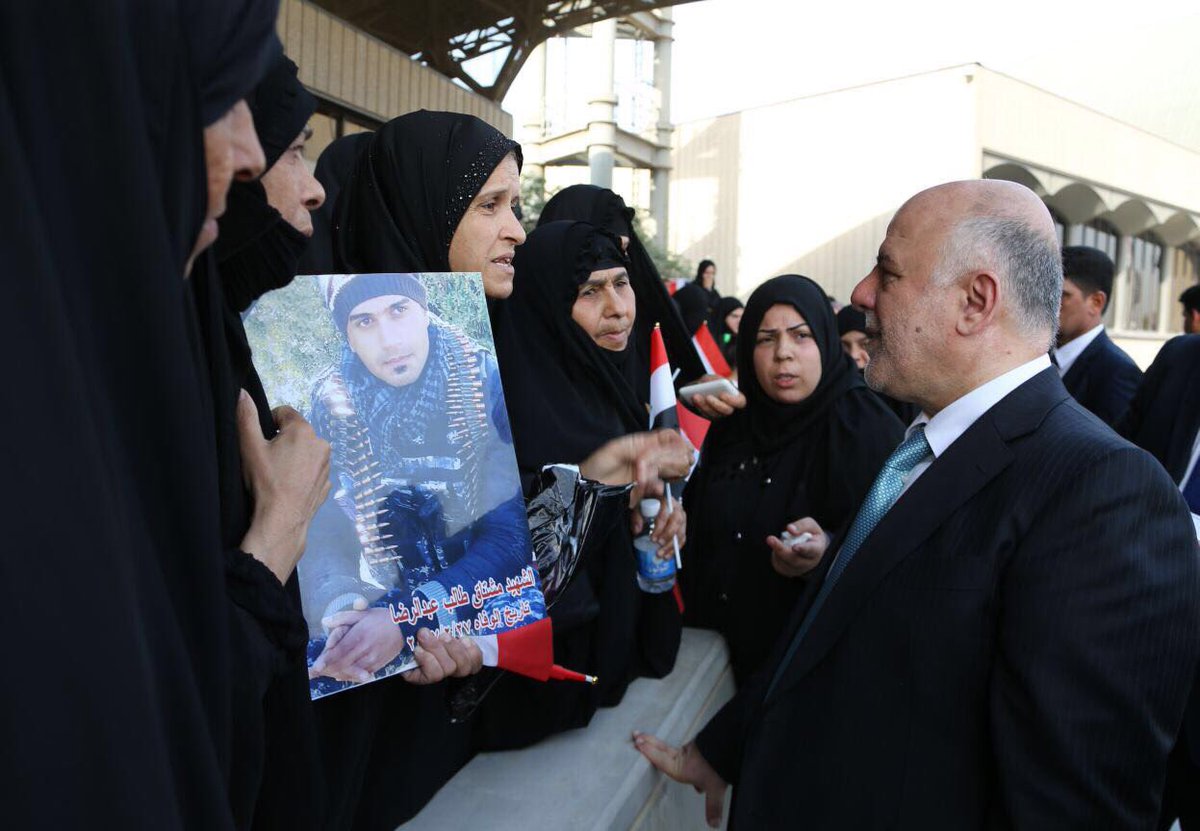 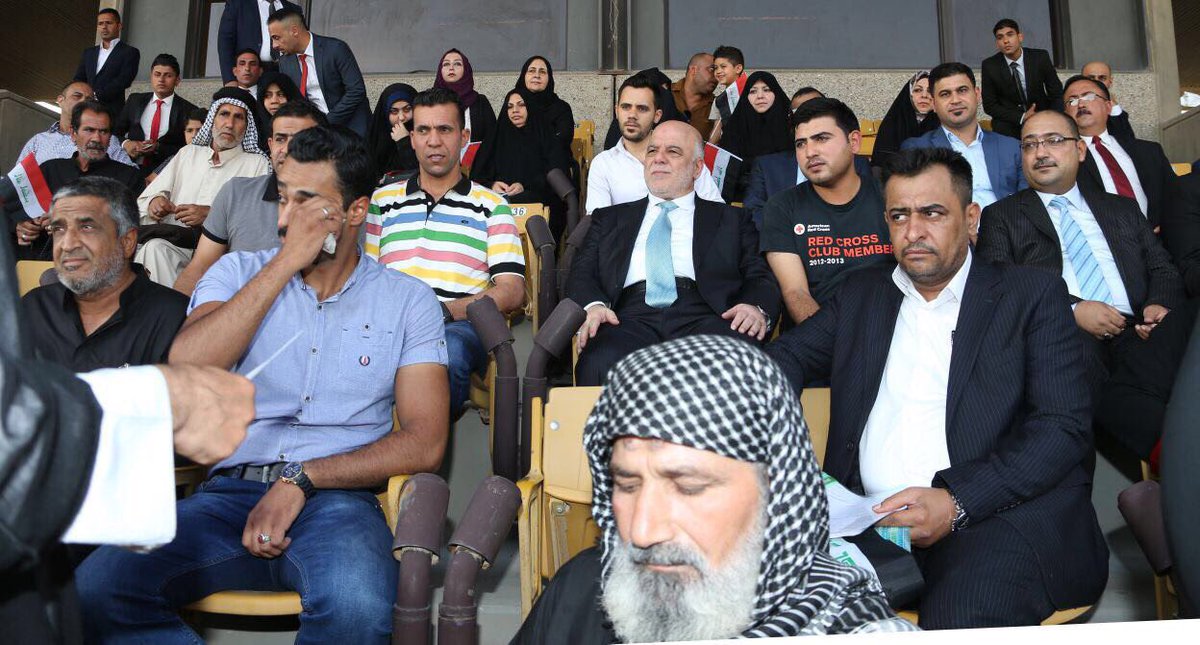 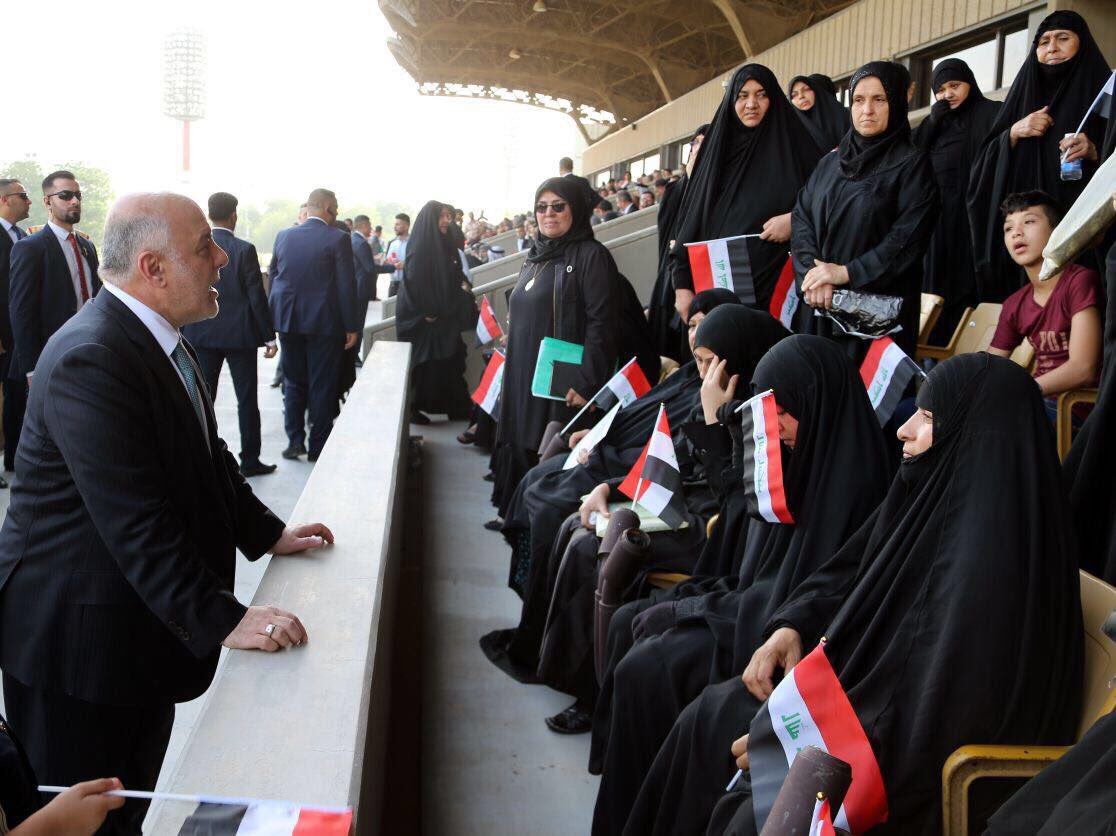 Ministry of Transport announced on Saturday, the General Company for Maritime Transport for international arbitration certificate to settle maritime disputes.

The ministry said in a statement received / scales News / copy of it, “the General Maritime Transport Company obtained the certificate of international arbitration to settle maritime disputes.”

She added that “the company obtained the certificate after the participation of the scientific program of the Encyclopedia of resolving disputes and the settlement of maritime transport contracts in the Arab Republic of Egypt, in the presence of members of the Economic Unity Council of the League of Arab States experts.”

The company, that “This certificate is one of the most important international maritime certificates awarded marine companies sober.”

For his part, said Director General of the company Abdul Karim Knhl Jabri, according to the statement, “The General Company for Maritime Transport in the development and success of the ongoing”, pointing out that “the company for this certificate is clear evidence that we are taking the right direction to make this company in its appropriate” .anthy 29 / a 43

The governor of the Central Bank Ali Al-Aliq on Saturday that the non-oil deficit in the budget this year amounted to 78 trillion dinars, indicating that the deficit balance of payments other than oil exports amounted to 37.7 billion dollars.

He added that the expected revenues of Iraq during the next five years of oil will be between 53 trillion dinars to 64 trillion dinars, pointing out that the current balance of payments deficit of 37.7 billion dollars. Adding that the lack of balance of payments pressure on the central bank because the country today is unable to introduce foreign currency in addition to the money from the oil, noting that the inability of payment means that the country is unable to attract investors and tourists.