He added that “the building of Iraq’s relations with the international community Iraqis would not interfere in it, despite the existence of problems between us with some countries, but they are not reflected on Iraq” follows ..

congratulated Saudi King Salman bin Abdul Aziz on Friday , US President Donald Trump including check “quick victory” on Daesh in the city of Mosul in Iraq.

Saudi Press Agency reported that King Salman , the price in a telephone conversation with President Trump ‘s role in the United States led international coalition to fight Daesh and eliminate it.

She explained that King Salman praised during the communication of what has been achieved “significant achievements in the fight against terrorism in a short time , ” Trump since taking office in the White House.

It reported that King Salman reiterated his country ‘s stand – inspiring all to fight terrorism and drain its resources to eliminate it.

She noted that Trump expressed his appreciation for the role the position of the king of Saudi Arabia and his country ‘s role in the fight against terrorism and its tireless efforts in this area and hoped that “this victory contributes to defeating the forces of evil and its supporters in the region.”

The Prime Minister Haider al – Abadi announced last Monday the final victory in the battle of Mosul against Daesh and the end of military operations in the city after its liberation completely.

The Abadi has received today a telephone call from King Salman , who congratulated him on the liberation of Mosul.

Abadi said King Salman ” to continue the joint cooperation in the areas of counter – terrorism as well as economic and trade fields to achieve the interests of the two peoples and the two brotherly neighbors.”

said the US president ‘s envoy for the International Alliance Brett Macgork, Friday, allocating more than one billion dollars by the United Nations for the reconstruction and stability of the liberated areas in Iraq, and welcomed the return of trade routes between Iraq, Saudi Arabia, Kuwait and Jordan.
Said Macgork at a news conference, “During the International Alliance of yesterday’s meeting of the United Nations identified about $ 1.3 billion after-Daesh focuses three quarters of the amount of stability in Mosul and the areas most affected.”
He explained that “the long-term Government of Iraq has developed plans for economic reform and investment until 2030 through the Vision 2030 provided by the World Bank plan,” he said, adding that Washington welcomes Kuwait’s initiative to host a meeting to rebuild Iraq in the long term the beginning of next year, as the the United States fully supports this initiative and applaud Iraq to work with the World Bank and the international Monetary Fund to stabilize the economic position. ”
“I welcome the historic openness between Iraq and Saudi Arabia, which began to visit the Prime Minister of the Kingdom of Abadi last month, also welcome the ongoing work to restore important trade between Iraq, Saudi Arabia, Kuwait and Jordan ways.”
He Macgork that “the situation in Syria is more complicated, we have no government to work with them or credible political future allows the Syrians determine their fate later the Assad regime.”

U.S. President Donald Trump spoke by phone with Saudi King Salman on Friday to discuss efforts to resolve the month-long dispute between Qatar and four Gulf Arab states, the White House said, according to Reuters.

The phone call followed a visit to the region by U.S. Secretary of State Rex Tillerson.

Saudi Arabia and three other Arab states cut ties with Qatar over allegations it funds extremist groups and is allying with their arch-foe Iran. Qatar denies this.

{International: Euphrates News} said US Secretary of Defense James Mattis, on Friday, he could not confirm or deny the killing of a guerrilla leader Abu Bakr al-Baghdadi Daesh, in the wake of reports from Syria, according to his death.
Mathis said, “If we knew we would say to you, but now I can not confirm or deny that.”
He added, “We assume that he was alive until proven otherwise, which is what I can not prove now.”
The Russian Foreign Ministry said in June that have a high degree of certainty that al – Baghdadi was killed in Syria.
And support it is also a statement from the director of the Syrian Observatory for Human Rights Rami Abdul Rahman pointed out that he had information confirming Mguetlh.anthy
http://alforatnews.com/

Twilight News / renewed the US State Department, its position of holding a referendum of self-determination for the independence of the Kurdistan Region of Iraq on 25 of the month of September next, usually the timing is not appropriate for the vote.

Deputy US Secretary of State Joseph Penneknton assistant, in a press statement, that “Iraq and the Kurdistan Region to work to eliminate the organization Daesh.”

He added that “time is not right to hold the referendum in the Kurdistan Region, and see that it affects the stability of Iraq,” persisting by saying, “We do not support the referendum at this time.”

He called Penneknton Erbil and Baghdad to work to resolve differences and outstanding issues between them through dialogue.

The office said in a statement, said King Salman “congratulated the victories achieved by the Iraqi forces and freed the city of Mosul, praising the courage super-Iraqi forces and the Iraqi government with wisdom and leadership.”

For his part, al-Abadi said during the call that “the Iraqis to fight them and their sacrifices have concluded the region of a terrorist enemy brutal threatened the region and the world”, persisting by saying that “cooperation between these countries should continue until the elimination of the last terrorist.”

He stressed Abadi, according to the statement to “continue the joint cooperation in the areas of counter-terrorism as well as economic and trade fields to achieve the interests of the two peoples and the two brotherly neighbors.”

The Abadi announced last week the end of military operations in the city of Mosul and freed from the grip of the organization Daesh completely after battles lasted for several months. 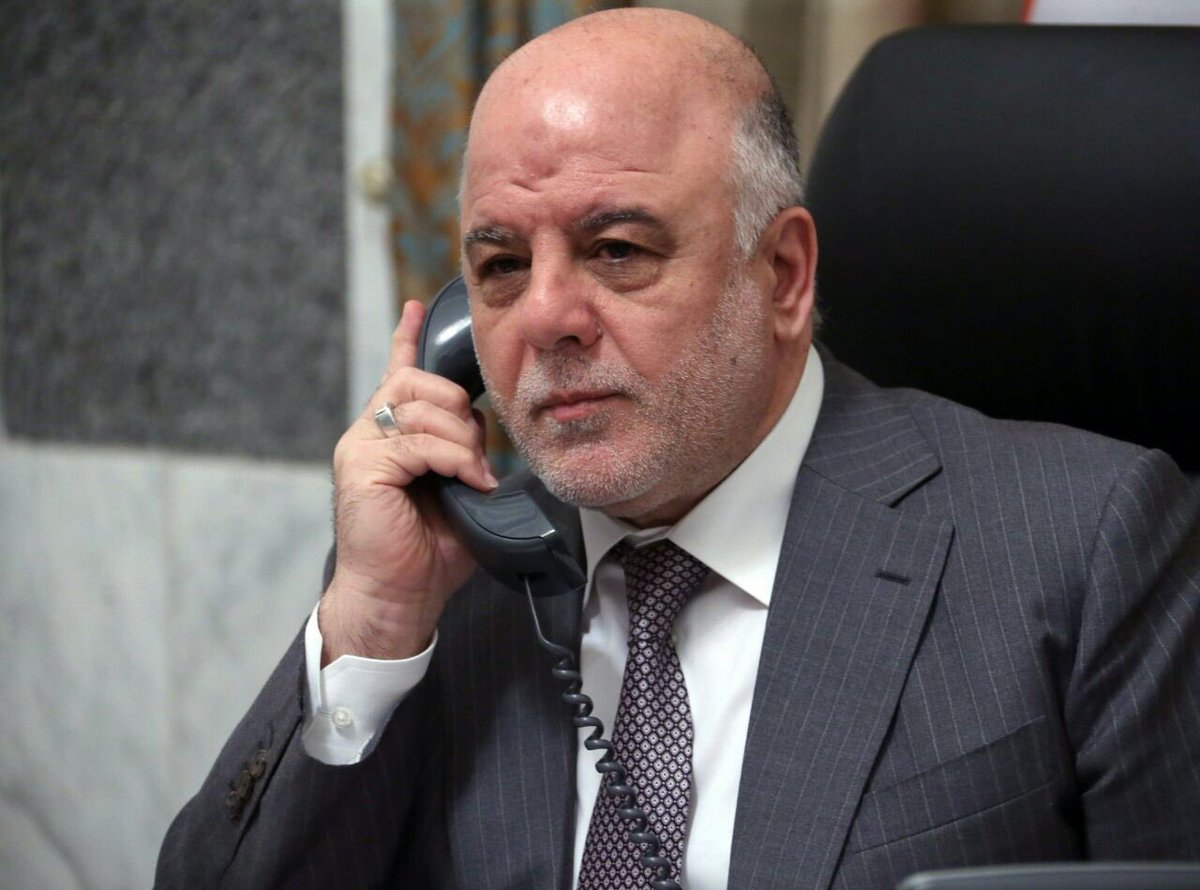 Al-Furat news that the security forces began now cut off the streets of Rusafa and specifically Al-Rubaie Street, where the streets of Baghdad are now momentum traffic in preparation for the military parade, which will be held tomorrow on the occasion of the liberation of Mosul

According to a local source in Nineveh province, on Friday, that a sermon to organize “Daesh” in a mosque in the district of Tal Afar massacre ended in the ranks of the organization.

The source said that “heavy gunfire was heard echoed in a mosque in the center of Tal Afar, west of Mosul before the end of Friday prayers, a few minutes, and later found that the shooting was between rival armed groups belonging to Daesh differences evolved among them to the use of arms.”

The source added that “four of the militants Daesh were killed or wounded in the shooting inside the mosque amid a state of chaos and confusion”, pointing out that “the organization launched arrests in the ranks of armed men to prevent the development of events.”