After long hours of anticipation and shipping media, in the follow – up to the Information Office of the Prime Minister to visit Abadi to Mosul since his arrival and step -by- step tributary various media, data written, images and videos of his tour and meetings of leaders security and meetings with citizens gave impetus to amoral and a hint of a clear near the official announcement of the victory and the liberation of the city fully Daesh.
It showed a map published by the Joint Special Operations Command in its recent statement on Sunday afternoon survival of two areas only revolve where the clashes, Kleiaat and Shahwan the old city and Mahavetan of the Tigris River in the right side, and the last two dens Daesh in Mosul, but Abadi , the people of Mosul took part in the joy of victories on Daesh.

After the announcement was delayed editing statement conflicting reports to delay, but the prime minister toresolve the matter of victory despite the lack of chapels and reference it explicitly.
Ebadi said in another statement by his press office issued Sunday evening, during his meeting with senior commanders and military officers: we came [to Mosul] for we learn in the field and we oversee the battle only pocket was left or pockets for the remnants of Daesh so the battle settled the great victory by hand. ”
He justified the prime minister delayed the final decisive battle “to liberate civilians as human shields Ttakzhm Daesh in about fifty to a hundred house” in Mosul , the old , “adding that” security forces are fighting valiantly to liberate them. ”
Abadi also stressed that “victory is settled and there are the remains of Daesh trapped in recent Acbar and it is a matter of time to announce the victory.”
Despite the urgent step and confusion that got lost and the sweetness of the joy of the Iraqi state and watching her world, but it is inevitable.

The popular victory check, and celebrated masses in various provinces and went public squares and streets to express their joy in victory, although not officially announced yet.
http://www.alliraqnews.com/modules/news/article.php?storyid=63707
Advertisement

Nineveh (IraqiNews.com) The Islamic State (IS) has detained a number of civilians in the Old City of Mosul, while stressed that security forces are close to liberate the whole city, Mawazin News reported, citing statement by Khalaf al-Hadidi, a provincial council member in Nineveh.

“The security forces are continuing to move towards the liberation of the whole Mosul, especially the Old City in western Mosul,” al-Hadidi said.
“Russian and Afghan members belong to the IS are detaining a number of hostages to tackle the advance of the security forces towards its targets,” he added.
On another note, Iraqi Prime Minister, Haider al-Abadi, arrived to the Nineveh Operations Headquarters to meet security leaders.

Abadi congratulated Iraqi forces and citizens for victory over Islamic State militants who had occupied Iraq’s second largest city for three years.
The Prime Minister’s media office said he congratulated “the heroic fighters and the Iraqi people for the great victory”. State TV aired scenes of the Prime Minister’s arrival at Nineveh Operations Command’s office in the city in preparation for a press conference.

The long-awaited victory in Mosul ends an eight-month campaign, backed by a U.S.-led coalition and paramilitary forces, which has displaced more than 900.000 civilians. It also means an effective collapse of the Islamic State’s self-styled “caliphate” declared from Mosul’s Old City by the group’s supreme leader, Abu Bakr al-Baghdadi.

Twilight News / hold Prime Minister General Commander of the Armed Forces Haider al – Abadi meeting with Alsnov squad leaders in Ninawa Operations Command headquarters in the city of Mosul Tuesday evening.
He said that “victory is settled and the remains of Daesh trapped in recent Acbar and it is a matter of time to announce to our people the great victory, and to respect and appreciation fervid to our forces that continue cleansing process and give it more support and determination to end a lie and a myth Daesh forever and eliminate the last terrorist on the land of Mosul comes.”
He continued , “We came today we learn in the field and we oversee the battle only pocket was left or two pockets of remnants Daesh and they have no smuggler only death or surrender , so the battle settled the great victory by hand. During the twenty – four last hour a large number of Aldoaash killed and that our troops are fighting valiantly to liberate civilians who Ttakzhm Daesh as human shields in about fifty to ahundred house, noting that civilians caught up taking advantage of the opportunity to provide our troops to escape from the gang Daesh. “

one hour ago
Last updated
The time now is 09:01 PM

celebrated commander of the armed forces , Prime Minister Haider al – Abadi, in the city of Mosul liberation of the city from terrorist gangs Daesh.

A statement issued by his office received by all of Iraq [where] a copy of it, that Abadi “participated city of Mosul , the sons of celebrating the victories of the Iraqi forces near Nabi Yunis mosque [p] [on the left coast, and who stood to greet him and congratulate him on his victory and defeat a gang of terrorist Daesh.”

The Abadi arrived at noon today to the city of Mosul , with weightings to declare victory and the full liberation of the city from Daesh.

10 minutes ago
Twilight News / site category “Global Fire Power”, Egypt in tenth place globally and the first Arab, in the list of classified military power of the world for the year 2017.
The site that the final ranking global firearms force relied on more than 50 workers to determine the degree of so-called Pal “Port Index” for each country, saying that “a formula arrangement allows smaller countries that were more technologically advanced, to compete with the largest area of ​​countries and less developed .. is added (in the form of additions allowances and fines) for rates to reach the fine-tuning the menu. ”
According to the site of some items that have been taken into account in respect of the final order:
– ranking does not simply depend on the total number of weapons available to any country, but instead focuses on the diversity of weapons within the totals of numbers that provide a better balance (ie owning 100 minesweeper is not equal to the strategic and tactical value of 10 aircraft carriers).
– nuclear arsenals are not taken into account but recognized nuclear powers or suspected nuclear receive a bonus “bonus” additional
– geographical factors, logistics flexibility, natural resources and the local industry affect the final ranking
– available manpower have a major consideration (countries with large population densities tend to higher rankings
– Do not be “fined” landlocked States not to possess weapons freely
– NATO allies are getting “bonus” because of a slight theoretical sharing of resources
– political leadership / military current is not taken into account
This is the arrangement of the Arab countries worldwide, which entered the list:
1. Egypt (10 worldwide)
2. Saudi Arabia (22 worldwide)
3. Algeria (23 worldwide)
4. Syria (44 worldwide)
5. Morocco (54 worldwide)
6. Iraq (59 worldwide)
7. United Arab Emirates (60 worldwide)
8. Yemen (64 worldwide)
9. Sudan (71 worldwide)
10. Jordan (72 worldwide)
11. Libya (73 worldwide)
12. Tunisia (78 worldwide)
13. Oman (79 worldwide)
14. Kuwait (80 worldwide)
15. Qatar (91 worldwide)
16. Bahrain (94 globally)
17. Lebanon (98 globally)
18. Somalia (128 worldwide)
19. Mauritania (130 worldwide)
The order of the first ten countries in the list as follows:
1. United States
2. Russia
3. China
4. India
5. France
6. Britain
7. Japan
8. Turkey
9. Germany
10. Egypt
Keywords:

Dr. Abadi; we are glad to see the return of normal life of citizens, and this is all the result of the sacrifices of heroes of fighters who Abehroa the world for their courage. 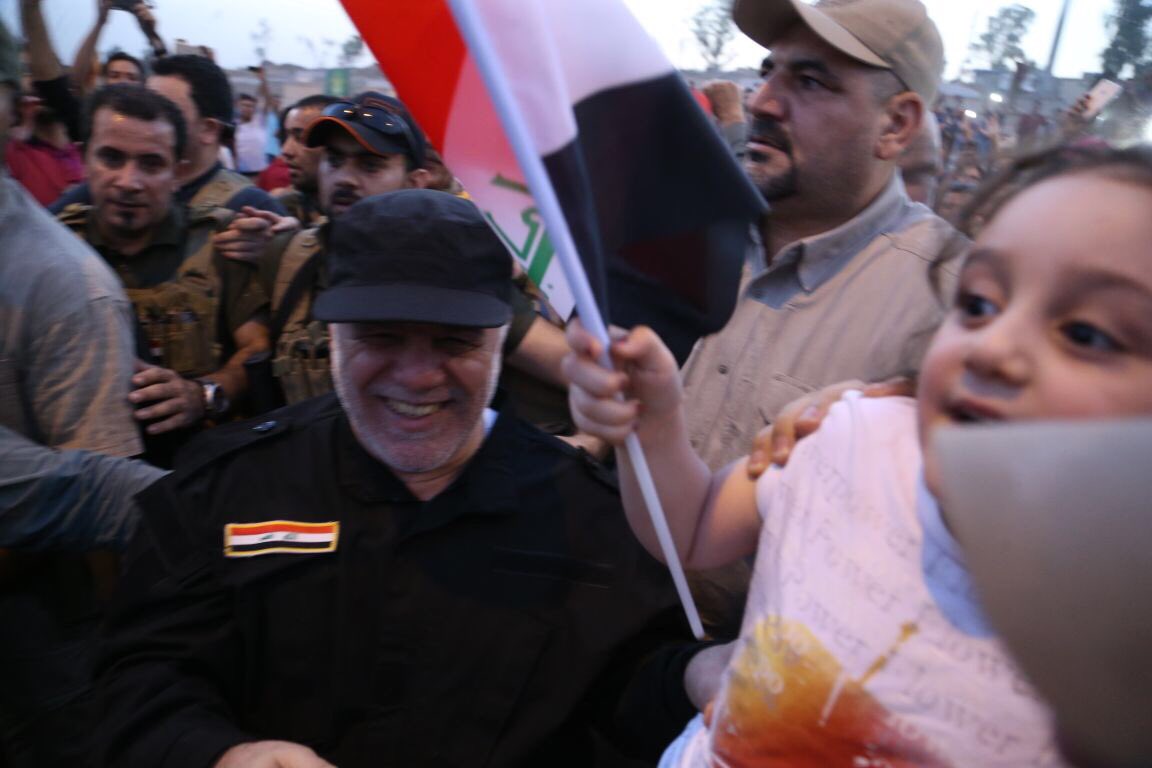 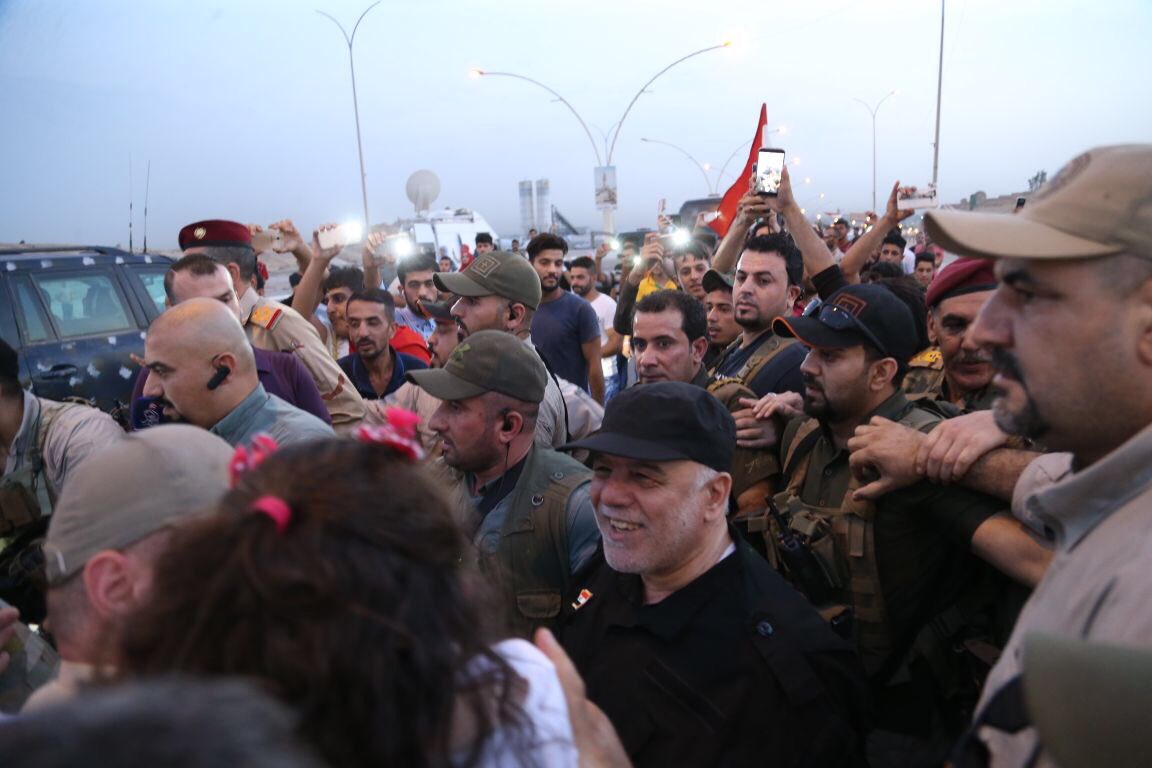 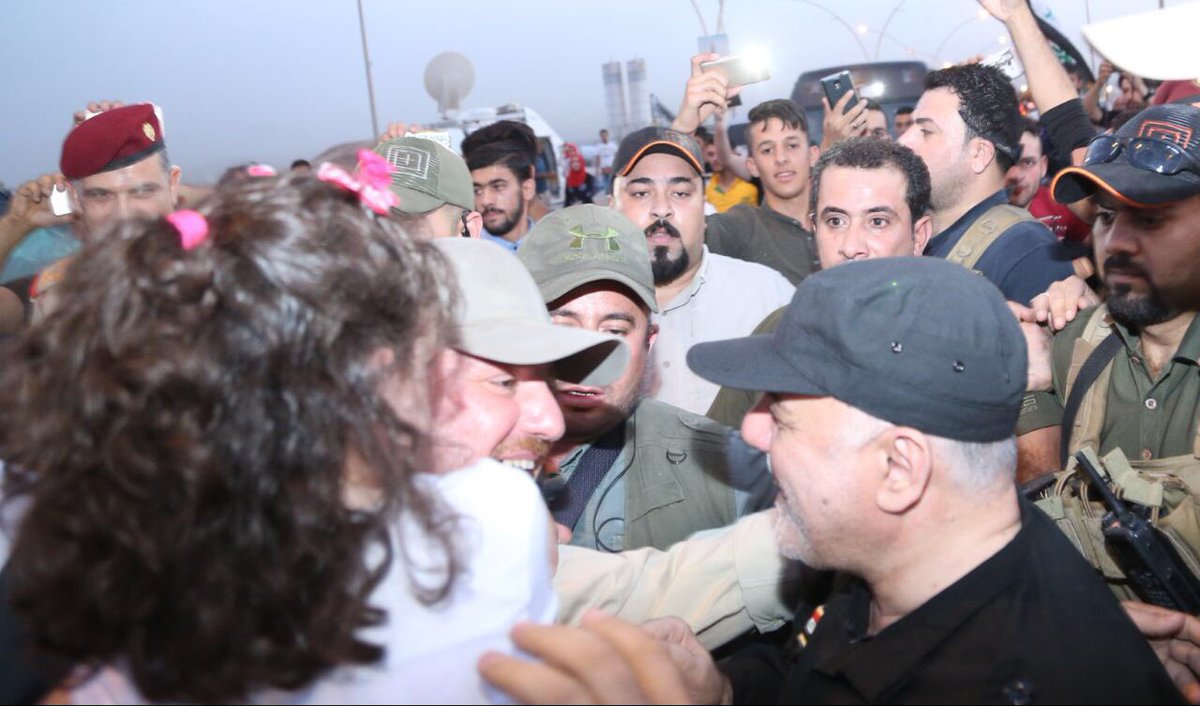 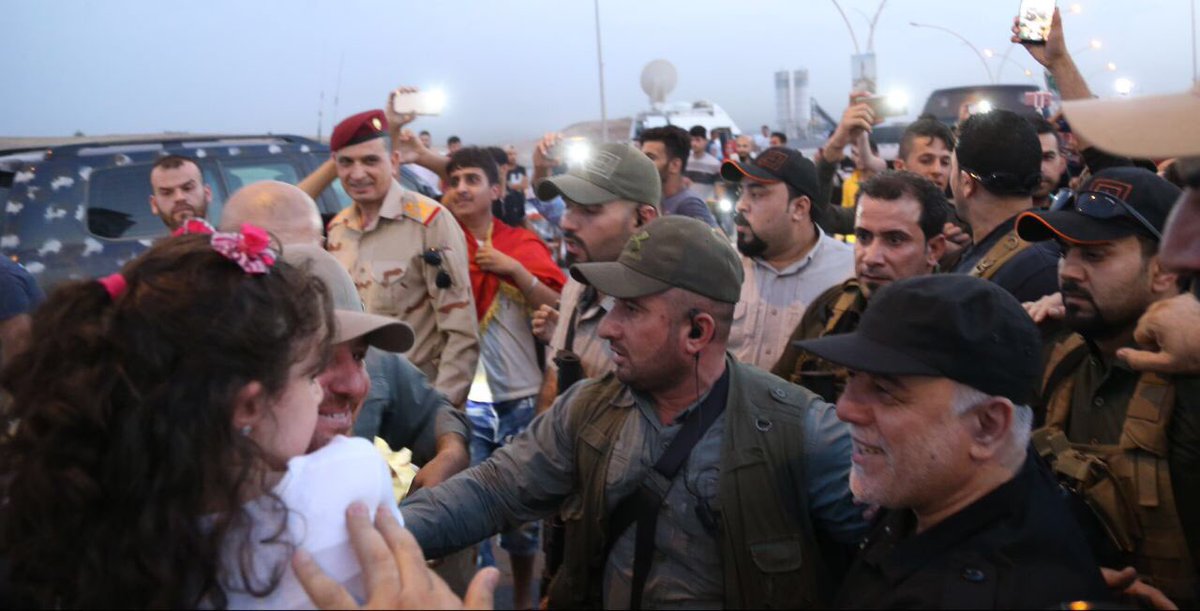 {Baghdad: Euphrates News} Prime Minister continues to commander of the armed forces Haider al-Abadi, a tour of the city of Mosul, where he arrived on Sunday afternoon.

A statement by the Prime Minister ‘s Office, received by the agency {Euphrates News}, a copy of the Abadi “continues his tour in the city of Mosul , where he arrived Thursday afternoon to oversee the conduct of operations on the right side and proceed with clearance operations even eliminate the enemy pockets of terrorist and another gang Daesh criminal” .

Visit Abadi Mosul is currently preparing to announce a statement of victory and the full liberation of the city from terrorist Daesh gangs and end the alleged terrorist Abu Bakr caliphate Albgdada.anthy

{Baghdad: Euphrates News} celebrated citizens from the capital Baghdad, on Sunday, in Tahrir Square in central Baghdad to mark the liberation of the city of Mosul Daesh.

Carrying Revelers Iraqi flag and flag the popular crowd, chanting and love the country and praised the sacrifices of fighters from the security forces and the crowd.

The streets of the capital and spread an atmosphere of happiness that smile on the faces , a relay Bushra Altharir.anthy