President Trump’s Deputy Assistant, Dr. Sebastian Gorka, spoke exclusively with One America News about how the Trump administration has been involved with defeating the Islamic State. One America’s Chief White House Correspondent Trey Yingst has the interview from the White House.

Iraqi forces resumed new areas in the old city west of Mosul, including the brick door and the market and the street and Najafi Street, while the Joint Operations Command yesterday issued a clarification on the announcement of the liberation of the Old City, stressing that the remaining few meters to be fully liberated, pointing out that the Iraqi forces continue in And the rest of the fighters of the organization «Daash» announced that they will fight to death in the area of ​​the field, the last foothold in the city, while killing 12 terrorists, including an Arab leader nationality in three strikes targeted Rattan for development In the district of Tal Afar.
“Our forces control the old city of Mosul,” said Brigadier General Yehia Rasool, a spokesman for the command. “Our forces have foiled a terrorist attempt,” he said, urging the escape from the Old City across the Tigris River. “Thirty-five terrorists were killed and six others were arrested who attempted to infiltrate from the right to left coast after escaping from the Old City,” the military information cell of the command said. “The Iraqi forces continue to advance, leaving only a few dozen meters to reach the bank of the river from the west, and control of the rest of the old city is being controlled,” he said.
“The Federal Police Forces have completely liberated the brick door, the market of Al-Sagha and Al-Najafi Street, and thus have completed the tasks assigned to them in the Old City and the right coast of Mosul,” the military information cell said in a statement. Iraqi television said yesterday that the security forces expect to regain full control of the city of Mosul within hours in light of the collapse of the defenses of the «Daash». It was reported that air strikes and artillery shells targeted the last bastion of militants in the city and that black smoke was rising above it. “It’s the battle of the last few meters … and we announce the final victory,” he said, quoting his correspondents, who work among security forces fighting the organization in the old city. Television said an army spokesman said the organization’s defenses were collapsing. Iraqi commanders say militants are fighting for every meter with snipers, grenades and suicide bombers, forcing security forces to fight from house to house in a maze of crowded, narrow alleys.
Meanwhile, security sources said the remaining Daqish fighters had declared they would fight to death in the Maidan area on the banks of the Tigris River, their last foothold in the Old City against US-backed Iraqi forces.
On the other hand, a local source in the province of Nineveh, yesterday, said that «three air strikes targeted a convoy of a leading Arab-Arab nationality in the outskirts of Tall Afar, west of Mosul, killing 12 gunmen, including the official Court of Justice». An Iraqi security source said that “warplanes attacked the area of ​​Dukri on the border with Syria and the Sinjar district,” adding that “the identity of the attack aircraft and the reasons for targeting the area has not yet been identified,” and “the size of the losses left by The shelling has not been known yet. “

Residents of the Iraqi capital Baghdad stressed that former prime minister Nouri Al-Maliki is totally responsible for Speicher Massacre in which ISIS militants executed 2,000-2,200 Shia students at Speicher air base in Tikrit, the capital of Salahuddin governorate, north of Baghdad.

The massacre came immediately after ISIS terrorists had controlled Mosul city in Nineveh governorate in 2014.

In a televised interview on Saturday, a resident of Baghdad, Warda Khalil, said that she is supporting the one-million-man campaign launched by Leader of Sadrist Movement Muqtada al-Sadr. She called on Iraqi authorities to refer those responsible for the massacre to the prosecution.

Earlier, Sadr launched a one-million-man campaign that aims to uncover the truth behind the Speicher Massacre and reasons behind the fall of Mosul in ISIS hands in 2014.

The campaign was also organized by a number of Iraqi non-governmental organizations and media figures. It calls on the United Nations and the Iraqi government to form a commission of parties’ representatives to reveal the truth about the massacre.

Another resident of Baghdad, Ibrahim Jomaa said the campaign is one hundred per cent useless, adding that the victims are already dead while hundreds of thousands of Iraqi civilians were forced to leave their homes after ISIS controlled their cities.

Also, Karim Lafta said Maliki is the one who is responsible for the Speicher Massacre and the fall of Mosul city.

He called for raising the issue to the United Nations Security Council in order to issue a resolution that forces the Iraqi government to bring the perpetrators to justice.

Akram Mohamed hailed the campaign, adding that it would shed light once again on the massacre at the domestic and international levels. He underlined that Maliki and his government are totally responsible for those incidents.

On 12 June 2014, Speicher massacre occurred at the Speicher air base in Tikrit. The victims were either shot or beheaded before their corpses were dumped into the Tigris River, which cuts through Tikrit. At the time of the attack, there were between 4,000 and 11,000 unarmed cadets in the camp.

The incident was one instance among many that ignited public discontent with the performance of former prime minister Nouri Al-Maliki.

It managed to Iraqi forces on Saturday, killing a number of elements Daesh tried to escape from the last positions in the old city of Mosul across the Tigris River.

The anti-terrorism team corner, Abdul Ghani al-Asadi commander, in a press release on July 8, 2017 that “a number of militants, the organization tried to cross to the left coast, but the elements of the Iraqi force stationed there opened fire on them and killed them, and remained in the water.”

The Joint Operations Command issued a statement saying that “pieces of Nineveh operations killed 35 militants from Daesh and arrested six others who tried to escape the advance of military units in the old Mosul.”

After about nine months from the start of the biggest military operation taking place in Iraq to restore Mosul, it became trapped inside the organization Daesh a small area in the old city, after it had controlled the vast territory since 2014.

Victory is upon us. #Iraq‘s forces have retaken #Mosul‘s old city and therefore the city. One pocket left which is under fire control 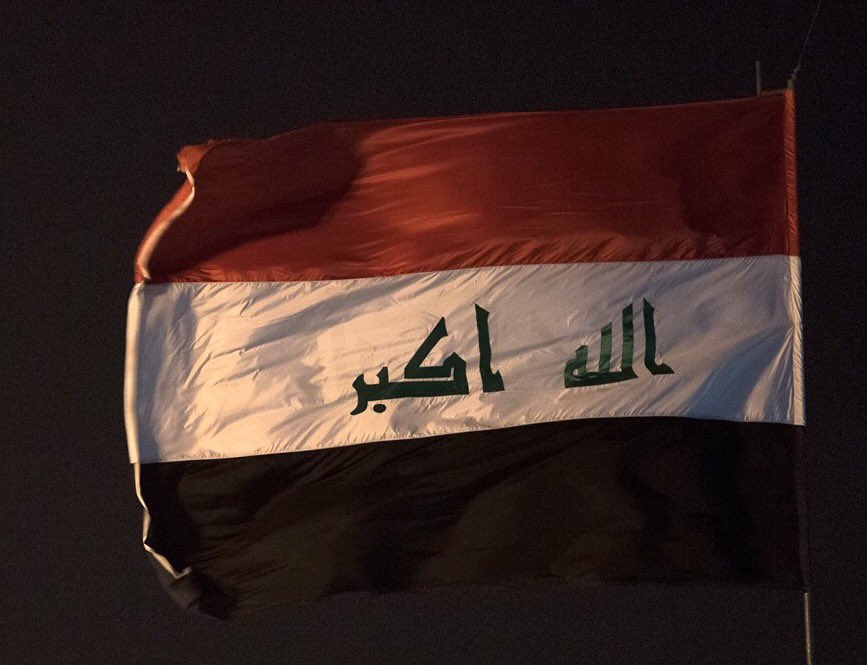 General Authority of the National Alliance held its regular meeting under the chairmanship of the President of the Alliance , Mr. Ammar al – Hakim and the presence of Prime Minister Haider al – Abadi.
The meeting discussed the victories achieved and near the final declaration of victory over the terrorist gangs Daesh in Mosul, in addition to discussing the importance of post-Daesh.

US general said on Saturday that the Iraqi authorities will announce “in imminent” final victory time in the battle to restore the city of Mosul from the organization “Daesh” terrorist.
General Robert Sovja told AFP by telephone from Baghdad, said that ” the announcement is imminent.”
” I do not want to predict if it will happen today or tomorrow, but I think it will happen very soon.”
He pointed out that “Daesh” elements who remained in Mosul are fighting to death in a very small area in the vicinity of the Tigris River , the old town, and they are “desperate.”
He said that some of them trying to infiltrate into the ranks of civilians fleeing the city and shave their beards and change their clothes, while others pretend to die and then blow up their jackets explosive when approaching Iraqi security forces of them.
Among Sovja that ” the enemy ‘s deployment of a group of improvised explosive devices locally manufactured all over the place, and in every corner and closet On one occasion under the children ‘s bed.”
US general added that the Iraqi security forces “deserve to celebrate and feel proud of the accomplishment,” upfront “advance congratulations to the elements in a great battle.”
“This fighting in Mosul is not like anything done by any modern army in the present. Only the Second World War that can resemble from afar.”
But Sovja warned that “there is still a lot of fighting” against “Daesh” in other parts of Iraq and Syria.
He said Sovja “liberation of Mosul will cause a reaction .. and we have to pay attention to the next step.”
The center runs Sovja joint operations of the international coalition in Baghdad and outside and “strike cell” coordinate air strikes in southern and western Iraq.

US President ‘s envoy to the International Alliance Bert Macgork announced on Saturday that Washington will host next week a meeting of the countries of the international coalition to discuss ways of strengthening support for Iraq in the post after the elimination of the “Daesh” terrorist.
Said Macgork at a press conference in Baghdad, said the meeting would be attended by all countries of the international coalition to fight terrorism , and will focus on the next stage search and review of basic needs to restore stability in Iraq after “Daesh”.
Among Macgork “that stability will not be achieved as soon as the military defeat of the organization said , but must defeat extremist ideology and to ensure stability for local communities”, as quoted by the agency “KUNA”.
He pointed out that ” the terrorist organization most of the infrastructure destroyed in Mosul and around hospitals to the military headquarters of his” revealing “the organization of the execution of 350 citizens in one of the hospitals under various pretexts.”
He Macgork “The Daesh Fajkh houses and streets improvised explosive devices and that Iraqi forces over the past few days to raise more than 40 thousand tons of explosives.”
He noted that “Washington wants Iraq after Daesh united and prosperous federal and supports the Iraqi forces that have achieved victory in Mosul and worked to protect civilians.”

WASHINGTON (Reuters) – A US general said the Iraqi authorities would announce “at an impending time” the final victory in the battle to restore the city of Mosul from the hands of the state’s “pro-government”. “The announcement is imminent and I do not want to predict whether it will happen today or tomorrow, but I think it will happen very soon,” General Robert Sovegi said.

BAGHDAD – The Journal News
Iraqi joint operations expected to regain full control of the city of Mosul during the hours in light of the collapse of the defenses of the terrorist organization Daesh.
A security source told “Reuters”, Saturday, the air strikes and artillery shells targeted the last stronghold of the terrorist organization in the city with black smoke billowed over the area.
Iraqi soldiers celebrated and danced with rifles and automatic weapons and waved Iraqi flags upon their arrival to their specific objectives without waiting for a formal declaration of victory.
The high-security sources spoke of a forthcoming letter to Prime Minister Haider al-Abadi to announce the liberation of the old Mosul Daesh.