Canadian general in the international coalition led by the United States against al-Daesh Thursday announced that the organization was about to retreat from the former stronghold in Mosul, stressing that the entire defeat of the militants in the city will be by next week.
General David Anderson, who oversees the training of Iraqi forces, and said that these forces pushed the organization into a small pocket of last resort in the old city of Mosul in the Tigris River.
He added during the contact with reporters via video from Baghdad “can be seen Iraqi forces when the Tigris River from the west, and they face an enemy in its final stages.”
Also read: Analysts: gaps in the Russian version of the killing of al – Baghdadi
Anderson explained that the coalition began to deliver aid to the Iraqi police to be able to intensify its presence in Mosul and spread in the city after its liberation.
These include existing aid within containers for all possible police unit that you need to contact the uniforms, weapons and equipment and the establishment of inspection points cars Quartet devices.
Anderson stressed that “the principle, all they need to prove their existence.”

40 minutes ago
Last updated
The time now is 11:28 PM
BAGHDAD /
The Al-Harbi Information Cell announced on Thursday the loss of a terrorist organization in the last remaining areas of the Old City on the right side of the city of Mosul.
The cell said in a statement received by “Al-Ghad Press” that “the leadership of the federal police forces hero continues to clean and search the remaining remaining areas of the old city to eliminate the hidden terrorist elements in spending and invest the victory achieved by the pieces of the leadership of the Federal Police Forces by the heroes of the 3 branches according to 5 A 6-man squad, a mechanized platoon and a rapid-reaction squad with a carrier and transport aircraft. “
“There were dozens of terrorists killed, two terrorists were arrested, 3 enemy destroyers were destroyed, a bomb factory was found, an enemy was added, a tunnel was loaded,” she said.
“During the search, the security forces evacuated 30 displaced f

[Oan- Baghdad] is
nearing work in a huge monument to the fighters of the Peshmerga forces at the entrance of the city of Kirkuk on completion, in memory of the martyrs of the Peshmerga , who sacrificed their lives in the war on terrorism.
The monument represents a length of 23 meters and width of 12 meters, Kurdish fighters carrying a Kurdish flag in one hand and a gun in the other hand.
Said Barzan Ahmed, one of the six sculptors of the Kurds who worked on the establishment of the monument, “they began to design two years ago, and is expected to be completed within 10 days.”
“The statue is the largest military monument in the Middle East.”
It is expected to raise the official unveiling of the memorial place at the entrance to the city of Kirkuk area [Chorao] from the point of Arbil in July this.
It is noteworthy that the Kirkuk Provincial Council, voted to boycott the Arab and Turkmen members last March 28 asked the governor Najm al- Din Karim fly the flag of the Kurdistan region , along with the Iraqi flag on government buildings to maintain, while issued the Iraqi parliament, a counter decision to dropping off knowledge of the region and raising the Iraqi flag only Kirkuk.
The Government of Kirkuk also plans to join the province to independence referendum Kurdistan region scheduled for next September 25.

Published “Economics News” proposed amendment to the Central Bank Law, which discussed the Finance Committee in the House of Representatives with economists.

Included a proposed amendment to make the central bank’s capital trillion dinars wholly state-owned, Antrda bank holds deals on foreign assets and the management of official reserves of foreign currency in accordance with the best international practices and the goals of monetary policy bank and invests golden cash and cash Almandah currencies.

The Department of State has awarded the construction contract for the new US Consulate General in Erbil, Iraq to BL Harbert International of Birmingham, Alabama.

The new Consulate General will include a Chancery, Marine residence, housing, support facilities and facilities for the community. The architect for the project is EYP of Albany, New York.

As part of the Department’s Capital Security Construction Program, since 1999, the Bureau of Overseas Buildings Operations (OBO) has completed 137 new diplomatic facilities and has an additional 48 projects in design or under construction.

OBO’s mission is to provide safe, secure, and functional facilities that represent the US government to host nations and support our staff in achieving US foreign policy objectives. These facilities represent US values ​​and the best in US architecture, engineering, technology, sustainability, art, culture, and construction execution.

An updated version of Mosul’s map showing the latest developments in the battle to oust ISIS from the Old City in Mosul’s right bank has been obtained by The Baghdad Post.

The areas in green illustrate the completely regained ones, areas in orange show the areas currently controlled by ISIS terrorist group, witnessing clashes with the Iraqi forces.

On Thursday, a security source said that ISIS defense lines in Mosul are crumbling, as Iraqi security forces continue their operations to cleanse the war-torn city from ISIS remnants.

Security forces, backed by International Coalition air raids and logistic support of the US army, have retaken eastern Mosul and most of its western part after eight months of battles. These forces are focusing now on liberating Old City’s districts that are still under ISIS control.

It is estimated that there are a few of ISIS terrorists left in the second largest city of Iraq. It is expected that they will desperately defend the last pocket of the city that has been once their main stronghold in Iraq.

{Nineveh: Euphrates News} Euphrates News said the envoy, stop armed clashes with terrorist gangs since Daesh hours after the liberation of the last remaining right side in the old Mosul.

The envoy said that “the security chiefs are waiting for the official announcement of the liberation of the General Commander of the Armed Forces, Prime Minister Haider al-Abadi expected to attend the connector and declare victory, including” .anthy 7 with

Minister of Planning / Minister of Trade Salman Jumaili said that the next stage (the post-liberation stage and the end of Isis in Iraq) will witness broad economic and investment trends within the framework of the reconstruction and development of the liberated areas through focusing on the development of the private sector and the business environment.
This came during the participation of Jumaili in the work of the Conference on Investment, Trade and Reconstruction in Iraq, organized by the Iraqi Embassy in London in cooperation with the British Chamber of Commerce and Industry – British this week with the broad participation of Iraqi businessmen and British companies.
During the conference, Al-Jumaili reviewed Iraq’s vision for the next phase, and related to investment, reconstruction and the business and trade environment for the post-liberation period, pointing out that the Ministry of Planning and in cooperation with national and international partners have identified development paths that are consistent with the global trends to achieve the goals of sustainable development until 2030. Leapfrog to prepare a five-year national development plan (2018-2022)
Al-Jumaili added that the ministry prepared a detailed plan for the reconstruction of the liberated areas for the period 2017-2027 based on the economic and social recovery of these areas by focusing on the vulnerable groups, empowering the youth and enhancing their basic abilities, And to invest them as development opportunities to bring about the best changes and results. He pointed out that the reconstruction plan will be linked to the next two national development plans (2018-2022) and the second (2023-2027) to ensure their implementation and provide the necessary funds to complete infrastructure projects. S economic, human and social development.
The statement added that the Minister of Planning spoke during the conference about the economic trends towards enhancing public-private partnership and partnership with foreign parties and government plans to settle government contracts and invest and attract internal and external capital

Deloitte, the world’s largest professional services firm based in the United States, has launched a business guide to understand the tax situation in Iraq, noting that the Iraqi authorities have not fully implemented the self-assessment system for taxes.
According to press sources, “Deloitte” issued a new report on the tax environment in Iraq under the title “Iraq’s Commercial Guide – Understanding the tax situation in Iraq,” to guide companies and support to customers and stakeholders in Iraq. The report aims to shed light on the key areas requiring consideration, both for companies that are looking to invest in Iraq for the first time, and those with experience and currently working in Iraq. The General Authority for Taxation, following the appointment of a new general manager, that one of its main goals quickly dealing with tax assessments and collection of tax revenues in most ways.
“The Iraqi authorities have not fully implemented the self-assessment system for taxes, and the process is still affected by the Commission’s review of the tax return requests,” said Jane Stokes, director of tax at Deloitte Middle East in Iraq. “However, there is a perception in the Commission that taxpayers are not doing enough to participate effectively in the discussion with the IRS.”
The Deloitte report provides companies with significant tax considerations for doing business in Iraq and highlights the most important factors affecting their operations, such as regulatory, economic, and market developments. The guide also addresses the sectors that attract investment and rich opportunities and considerations to enter the market, in addition to the procedures necessary to establish companies in Iraq.
The partner in charge of international tax services at Deloitte Middle East Alex Lo said that Iraq “despite the complexities in this area, still provides investment opportunities for foreign companies But in the light of the approach adopted by the General Authority for Taxation, it is important for taxpayers, Or those with sophisticated business activities in Iraq, to ​​take proactive steps from the outset to ensure their compliance with the obligations of tax filing in Iraq. “ 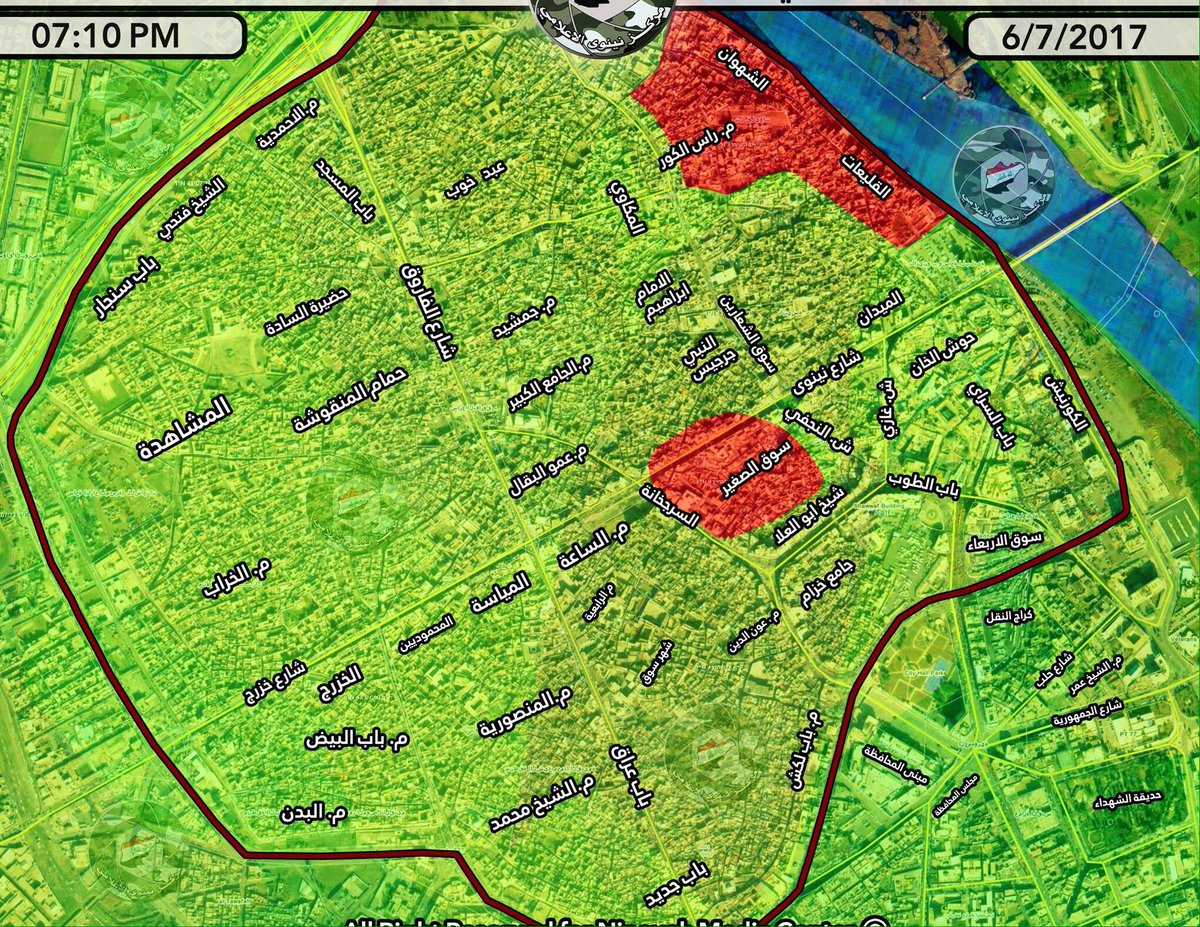