Ebadi said the Office in a statement received “Tomorrow ‘s Press,” that came during the latter ‘s visit to the Joint Special Operations Command headquarters and its military and security leaderships operations are coming, Nineveh, where they discussed the battle plans, and issuing guidance to our heroine and leaders to resolve the battle.

He praised Abadi, according to the statement, “the heroine of our forces achieved victories and stationed now in the battle to achieve victory and defeat the gangs of terrorist Daesh”, stressing that “the sacrifices of our troops and the blood of the martyrs and the wounded had a great role to victory, and we are determined to liberate the entire Iraqi territory, which usurped gangs terrorist. ” The International Coalition confirmed the battle was difficult and complex, and drew the coalition in a statement, that the Iraqi army showed a strong determination in the war, against the organization calling for the terrorist and the liberation of Mosul

The spokesman of the International Coalition Col. Ryan Dillon said that the elements of the terrorist organization are present only in the old city of Mosul and that the Iraqi forces are completely surrounding them. He stressed that the Iraqi government will declare victory soon in the city of Mosul. Colonel Dillon, that the international coalition, continues to support Iraq, in its war against terrorism until the restoration of stability.

The International Coalition has confirmed that the elements of the organization calling the terrorist, remaining in the west of Mosul, estimated at 200 fighters, stressing the need for Iraqi forces, and coalition forces fast enough, to save the people from the famine, which they live with every moment passing, Battle of liberating the city. 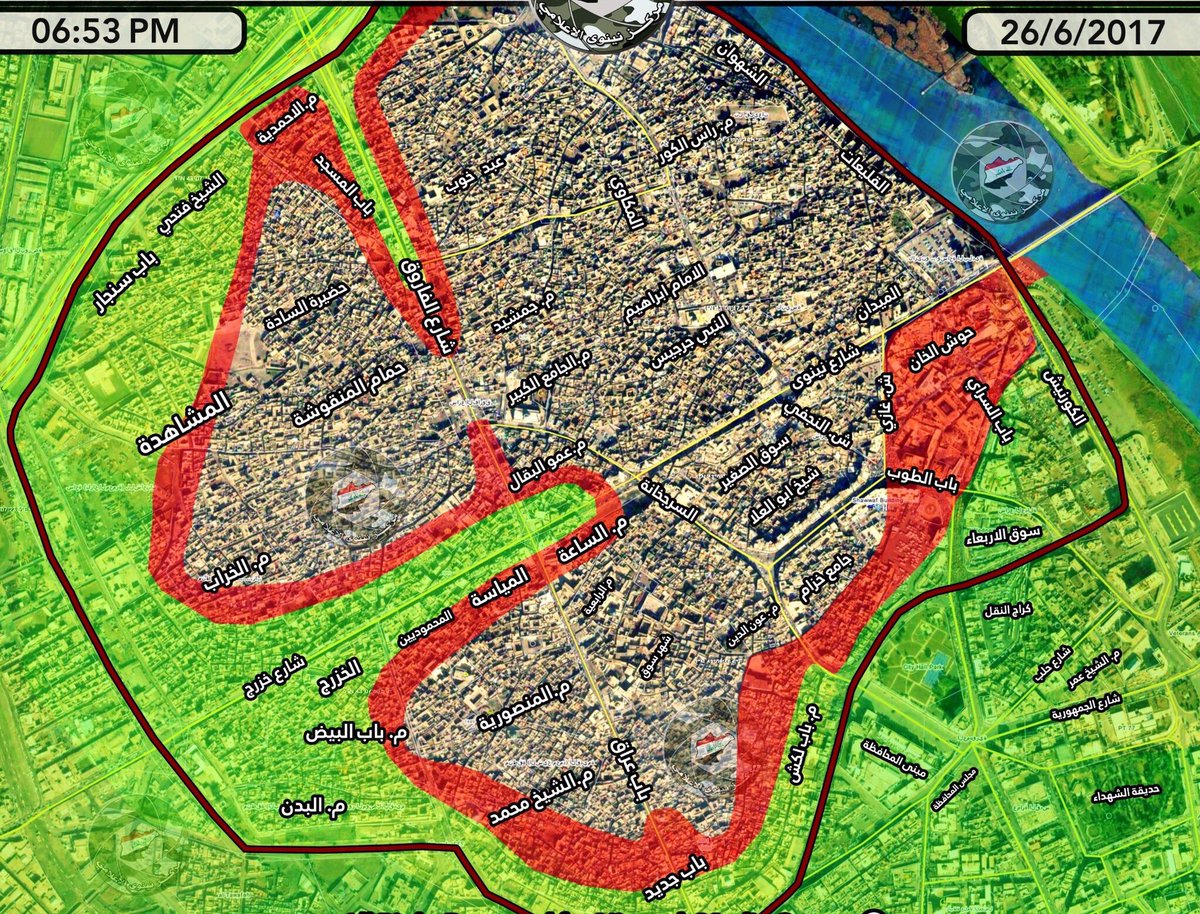 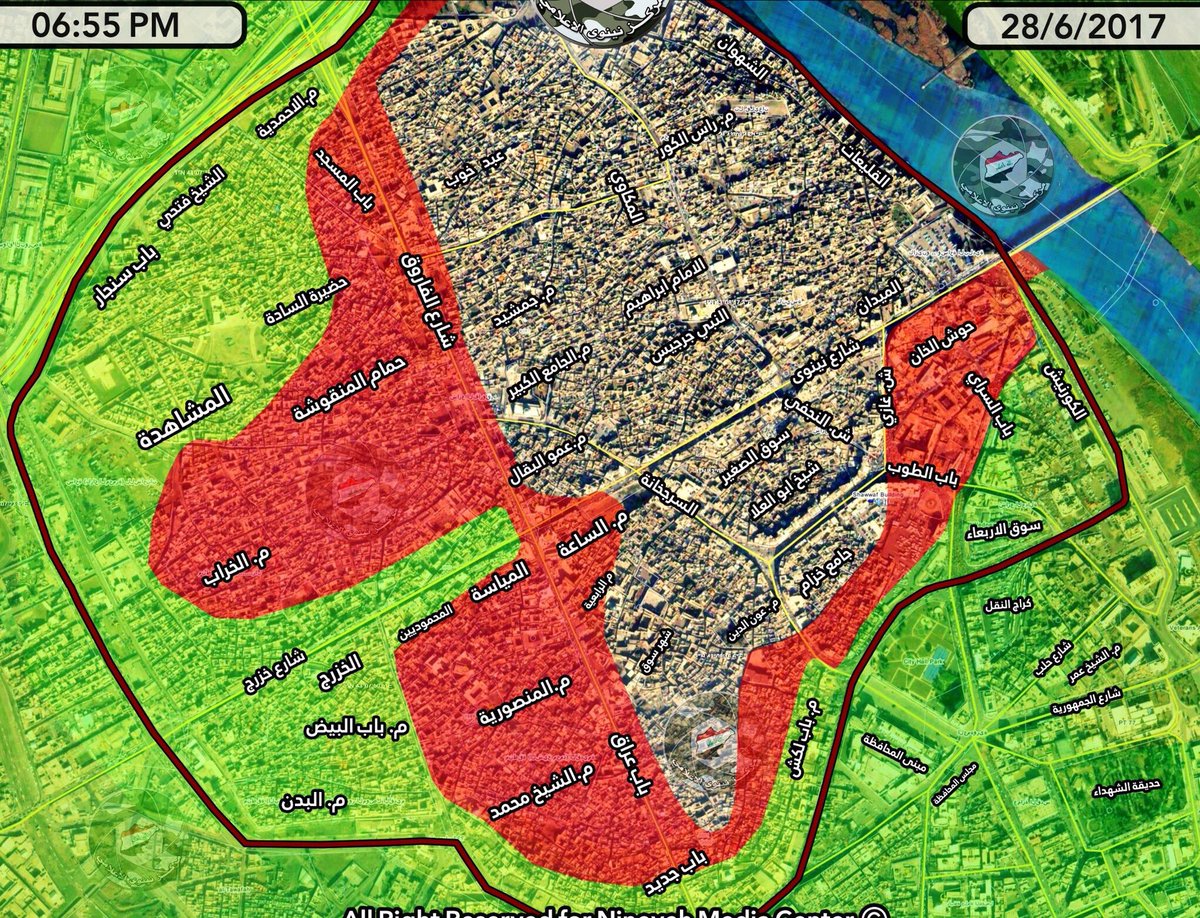 Tomorrow Press / Baghdad confirmed the governor of the Central Bank of Iraq, on Thursday that the deletion of zeros project will be implemented in early 2017, indicating that the bank began to develop the first steps of the project.

Keywords and said for “Tomorrow ‘s Press”, said that ” the goal of deleting three zeros from the Iraqi currency is to support the Iraqi dinar and make it a competitor for foreign currency”, returned him as ” a strategic project that will serve the country ‘s economy.”

“The bank is working on the mechanisms used towards the implementation of this project is expected to start by the beginning of 2017 , ” noting that ” the central bank began the first steps of the project by selecting the designs and companies and the country in which it will be printed currency.”

He noted that ” the launch of the new currency does not mean the destruction of the old currencies , but it will continue to trade to about ten years , ” pointing out that “this period will enable the central bank to withdraw the old currency in accordance with the mechanisms will maintain market liquidity.”

The Finance Committee in the former House of Representatives revealed, (2013 August 15), for the postponement of the process of deleting zeros from the currency until after the next parliamentary elections, while confirming that the government is demanding guarantees for non – substituent currency back to the markets and forge.

The Central Bank of Iraq confirmed, in (April 25, 2013), that there is no intention at the present time to restructure the currency and the deletion of three zeros of them, denying reports that in this regard.

It is noteworthy that the General Secretariat of the Council of Ministers announced (April 12, 2012), wait for the application of the process of deleting zeros from thenational currency, which had to stop all procedures related to the process mentioned until further notice.

It is noteworthy that some economists believe that Iraq is not ready at present to delete the zeros from the dinar, noting that the deletion needs to be a security and political stability as well as economic stability.

Tightening the Iraqi forces, the grip on the terrorist organization Daesh their progress towards the bank of the river, the old city of Mosul, approaching the declaration of the end of the eight-month campaign to restore the city.

And thus it becomes the city declared by the organization Daesh his capital around the corner from editing, especially with the Iraqi forces and unafraid despite the cautious progress towards Mosul in anticipation of casualties among civilians.

According to sources confirmed that the Iraqi forces have clashed with about 350 armed men deployed among civilians in the old city. Forces said that the federal police expelled the al-Daesh from the mosque Ziouani and only a few days to completely eliminate stock and militants in the Old City.

Iraqi forces are advancing to liberate the entire Mosul

He wrote Abadi, through his Monday evening, promising: the time very soon to declare final victory over Daesh terrorist gangs.

For his part, Major General in the fight against terrorism, Iraqi forces, “Abdul-Wahab al-Saadi” revealed to a Reuters reporter, that the process is going to liberate the rest of the old parts of the city.

Only 600 meters to liberate the entire Mosul

According to that the Iraqi Federal Police team leader “Raed Shakir Jawdat,” state television said that Iraqi forces in front of her about 600 meters to reach the Corniche Road adjacent to the West Bank of the Tigris River.

He said the Iraqi officer said his forces will reach the Corniche Road in a few days and the battle will be resolved. He said the federal police expelled the militants from Ziouani mosque in the south-west of the ancient city.

And the forces involved in the liberation of Mosul, said the Iraqi Federal Police chief: The federal police forces fighting with army forces and counterterrorism forces and the popular crowd tightened its grip on most of the old city of Mosul outlets.

He continued, “Raed Shakir Jawdat:” The forces will advance three axes in order to control the rest of the old neighborhoods of Mosul, and access to the commercial complexes in Aserjkhanh and Corniche Street adjacent to the Tigris River.

He pointed out that the Iraqi officer Daesh is now only controls an area of ​​six hundred square meters in the old city of Mosul, a densely populated area, and the number of its fighters in the area beyond the scores.

For his part, said a spokesman for the coalition forces, Colonel “Joseph Skourka” network “CNN” America, the number of the remaining terrorists Daesh trapped are a few hundred, adding that though it needs to be “fierce battles” to eliminate all of them.

Remnants of battles between Iraqi forces and the terrorist organization Daesh

The Iraqi army advanced cautiously toward what was left of Daesh sites in the old city, facing fierce resistance from the terrorist organization, while seeking civilians trapped inside the city’s neighborhoods to get out to escape the fighting.

He also accused the Iraqi prime minister in a speech in Baghdad on Monday evening, causing the organization Daesh great destruction and to commit the most heinous crimes against civilians trapped in another spot by the city of Mosul.

The Iraqi army is securing the civilian survivors of Daesh

In conclusion, anti-terrorism Iraqi team “commander Abdul-Ghani al-Asadi” announced the start of the countdown to the liberation of Mosul completely, and promised al-Asadi the entire city to recover within days, stressing that Daesh lost his balance and fighting spirit, and pointed out that the Iraqi forces directed calls to the organization of fighters in the western section of the city to surrender.

The picture shows the remaining Daesh area in Mosul,

Treasures Media
revealed the Federal Police team leader Raed Shakir Jawdat for completing the liberation of the entire market Aserjkhanh and incursion into four combat teams from the Federal Police in the Corniche area adjacent to the Tigris River to liberate thelast strongholds of the town of Conception Daesh organization.

Said Jawdat in a press statement that “our forces moved into the old Corniche market and the most amusing Tigris river link between the left and right coasts.”

He Jawdat that “federal forces killed three suicide bombers during an incursion in the Corniche market before targeting federal cuts noting that” the forces besieging the last alleys of narrow neighborhoods in order to restore these neighborhoods from the grip of the organization and the announcement of the old Mosul or town completely liberated from the Conception criminal organization. ss

[Mosul: Wayne]
Federal Police team leader Raed Shaker Jawdat announced that four teams from the Federal Police launched an incursion from Farouk Street , the old city center towards the door of the brick areas and Aserjkhanh new door and the door of Lagash to regain control and expel terrorist groups from them.
He said Jawdat in a press statement that ” the federal police units in the south of the old city ahead of thethree axes towards its goals backed Btiran army and aircraft monitoring the march and engaged in vicious clashes with Daesh gangs of terrorist elements who number around 300 terrorists.
Among Jawdat said his forces to impose its control over 70% of the old city and cost the enemy great losses inlives and equipment.

He revealed Jawdat about the presence of nearly 5,000 civilians were detained Aldoaash battling his troops valiantly high and tactics to save them from the grip of terrorists.

He said troops were engaging in fierce battles with an estimated 300 IS fighters, backed by warplanes and drones.

The forces, according to Jawdat, destroyed 14 booby-trapped cars and detonated 52 explosive devices. They also seized stacks of chemical substances and other munitions.

Operations to recapture western Mosul launched in mid February. Government forces took over the eastern side of the city in January.

The Old City hosts the Grand Nuri Mosque from where Islamic State’s supreme leader Abu Bakr al-Baghdadi ascended a pulpit to proclaim the establishment of the group’s rule in Iraq and Syria.