A spokesman for the international coalition against al Daesh, US General, Ryan Dillon

said a spokesman for the international coalition against al Daesh, US General, Ryan Dillon, said that ” the Iraqi government will announce the full control of the city of Mosul during a short period of time.”

He added that ” the organization of militants Daesh currently present in only two districts in Mosul old, and they are facing a blockade applied by the Iraqi forces.”

He is pointing out that ” the decisions of the post control of the city of Mosul , but the Iraqi government and the international coalition will support Iraqi forces in battles to control Hawija and Tal Afar.”

A spokesman for the international coalition against al Daesh and continued to “determine the step that will follow the liberation of Mosul back to the Iraqi government, but no doubt will continue to be the international coalition supporting the Iraqi forces and operations against Daesh, as he did in the past, but the focus is currently in the liberation of Mosul.”

[Where-Baghdad]
Joint Special Operations Command release 50% of the old Mosul announced.
A statement by the Joint Special Operations Command received [where] a copy of it today , “anti – terrorism forces and the band 16 Army and the Federal Police locked edit old Mosul operations and made up to this evening edit 50% of the old city area.”
“Either the remaining areas of the neighborhood is liberated is Farouk 2, Dear Sirs Ahmadiyya area, Ras Alcor, including the Katunah Abdul Khob and Shahwan, and the field , including the Prophet Zarzis and Al – Nouri mosque and humpback Kleiaat and Imam Ibrahim, the new door and inclusive of the time zone, the door of brick, including al – Najafi market and small market and bridge old iron, and Aserjkhanh. ”
He noted the ” The remaining area of 850 m × 1700 m, and your troops continuing military operations with all the stability and the will to liberate the remaining areas to declare a complete victory, God willing, and we call upon all media accuracy and taking positions from the official source.”
http://www.alliraqnews.com/modules/news/article.php?storyid=63326

#Iraq Joint Operations will give an official statement on the number of neighborhood left in #Mosul Old city in a few minutes.

#HappeningNow in Mosul Could you tell which religion they follow? When you are in Mosul, you are nothing but human being like us. 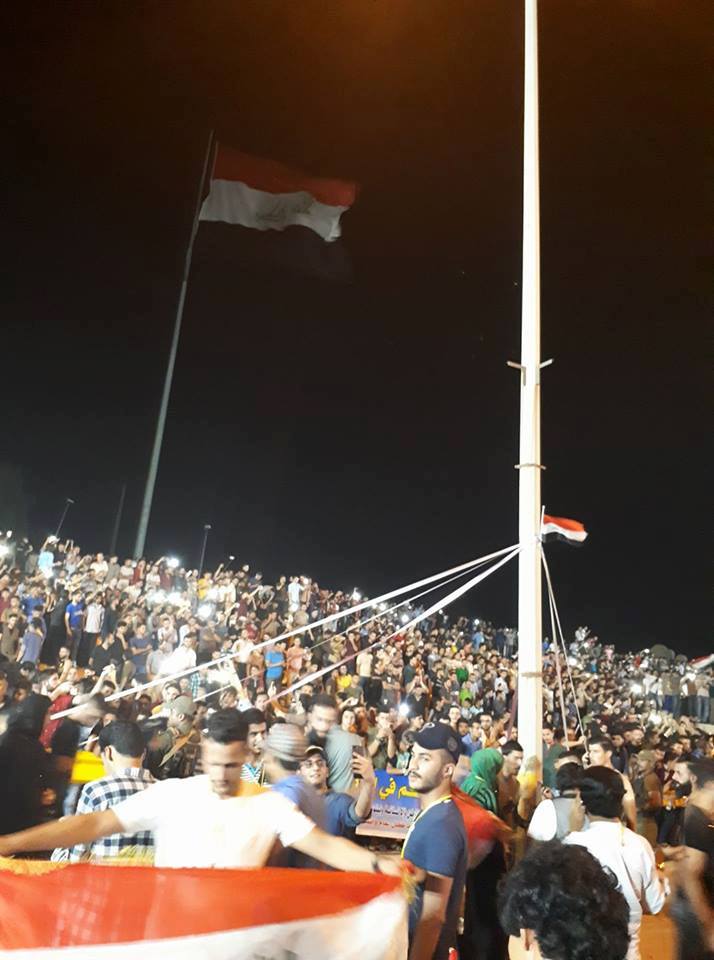 Live from Mosul, Do not miss it! 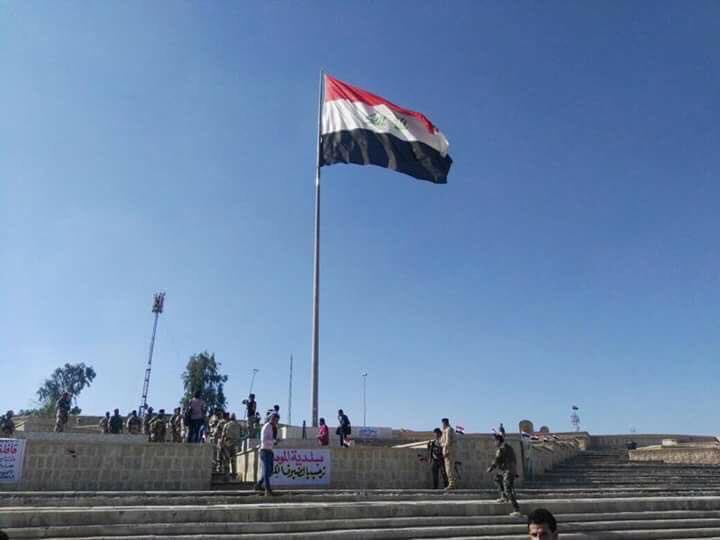 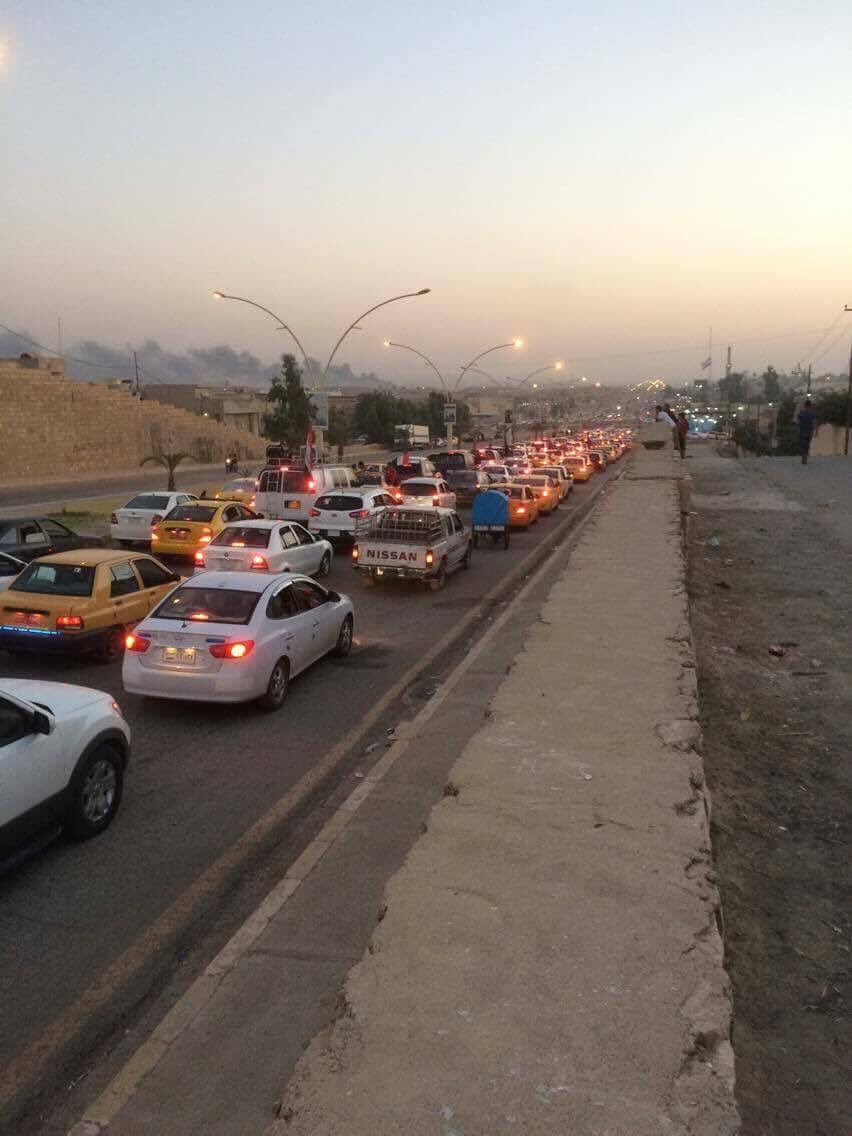 {Baghdad: Euphrates News} Vice President Nuri al-Maliki announced the end of the stage of guerrilla Daesh terrorist in Iraq after the armed forces had managed the popular crowd and of inflicting heavy defeat of those gangs.
A statement from his office received by the agency {Euphrates News} al – Maliki said in his speech today at a ceremony to rally his clans Khafajah Babil province that “Iraq has successfully managed to overcome the challenges faced since the fall of the regime and the entry of foreign troops, as it managed to defeat the armed aggregates that the occupiers claim to fight and working on targeting official institutions and infrastructure in order to overthrow the new democratic experiment in Iraq, and succeeded in taking out foreign troops. ”
“And despite all the challenges and Almarqlat but we managed to continue to work and thwarted the evil designs, and continued: Today bet enemies also to destroy Iraq and dividing it through sedition demonstrations and the tents of the sit -in and then the formation Daesh but thanks to God , was the tomb of sedition liberation of the land and the elimination of the criminal organization of the sacrifices of the sons of the crowd popular security forces. ”
The vice president of the republic that “Iraq is one unified country governed by the Constitution and the wills of national history positions supervisor, indicating that the demand for a referendum for self – determination on a national or sectarian basis is a violation of the law because the Iraqi constitution , which does not contain a so – called self – determination.”
And that “Iraq does not have the so – called minority, everyone are the sons of the country and all of them are equal in rights and duties.”
He expressed “worry that under the title of openness with the outside sneaks countries supporting terrorism and achieve its objectives at home by holding Almutmrat abroad.”
Maliki has demanded the state institutions under the auspices of the private sector in Iraq and businessmen, and attention to the agricultural side and re – activation of the agricultural initiative and activating the educational initiative and sending scholarships as well as housing initiative, pointing to the need to pay attention to the service side in Iraq after the final salvation of terrorism. is over