Military operations to retake the right bank of Mosul will probably end in the next few day, Iraqi security experts asserted on Tuesday.

This comes as the Iraqi security forces recaptured most of the right bank of Mosul’s neighborhoods.

He asserted that these victories must be retained by re-establishing security to vanquish ISIS terrorists once and for all.

These announcements come as operations launched on 19th of February by US-backed Iraqi forces, supported by Iranian-backed sectarian IMIS Shiite militias to oust ISIS terrorists from Mosul, their last major stronghold in Iraq.

The Iraqi national security adviser Faleh al-Fayadh said that the Iraqi authorities at the gates of the announcement of the final victory in Mosul, indicating that the relationship with Iran is not comparable to Iraq’s relationship with Saudi Arabia.

“The Iraqi authorities are on the verge of announcing the final victory in Mosul,” said Faleh al-Fayyad, an Iraqi national security adviser in an interview with Al-Mayadin television channel. He said the Sunni component and the people of the occupied territories Those who advocated war were “very important.”

Fayyad said that the work is done to enable the provinces in the future to manage themselves, he stressed that the presence of the Iraqi army has become a requirement for the children of all provinces.

On the popular crowd, the Iraqi official said it was “the best outcome of the political process in Iraq,” and that the crowd “will be in the future where the political leadership and the interest of Iraq.” It was agreed that the Iraqi army goes to Sinjar with the presence of Peshmerga there, according to Fayadh.

On the American presence in Iraq, al-Fayadh stressed that he will shrink in the next stage and that there will be no foreign military presence in Iraq in the future. He said that the statements by American officials that the survival of 5,000 US troops “are their business, but we will not accept that.”

The Iraqi official confirmed the existence of a coordination room for joint Iraqi-Syrian military operations to counter terrorism. He added that conditions had “created us to deal with the Syrian government in a different way because it is fighting terrorism.”

On the outcome of the Riyadh summit, al-Fayyad stressed that “we opposed it because it leads to the crisis and we said that it is not a proper approach,” adding that Saudi Arabia “has a policy that raises sectarian issues.” He added that Baghdad had declared its rejection of Qatar’s blockade, “He said. Fayyad said that the Turkish-Qatari rapprochement “is not based on clear and declared principles, but it was agreed to support armed groups.”

“Iran is fighting terrorism and we do not care to see others as long as it weakens the rhetoric,” the national security adviser said, commenting on Iran’s missile strikes against Da’as in Deir al-Zour.

Fayyad stressed that Baghdad is in the axis with Iran and Syria on the fight against terrorism, and that the size of the participants between his country and Iran “much greater than us and the United States.”

On the visit of Iraqi Prime Minister Haidar al-Abadi to Saudi Arabia, Al-Fayadh pointed out that “it aims to change the unacceptable reality and improve the situation” and that the declared goal of Baghdad “to establish a good relationship with Saudi Arabia on the basis of our interests.”

Brigadier General Yahya said a spokesman for the Messenger Joint Special Operations Command, said that the organization “Daesh” terrorist suffers a collapse in the old Mosul area west side of the city of Mosul.

Brigadier – General Yahya messenger told the agency “Anatolia” on Tuesday that “Daesh suffers a collapse in other locations his neighborhoods of old city inspired healing the western side of the connector, and accompanied by rapid progress achieved by the Armored Division forces ninth day, the liberation of a number of sites in the healing neighborhood” .

The spokesman for the Joint Special Operations Command, that ” the terrorist organization is still holding about 100 thousand civilians under duress and coercion and intimidation in the old city, and make great efforts to liberate civilians and secure the exit.”

The Messenger: “Our mission is primarily focused on securing the exit of civilians before releasing the neighborhoods.”

And Iraqi forces recovered today, the southern part of the healing neighborhood, and the fifth bridge, which were under the control of “Daesh”, making elements of the organization trapped in the old city and a medical complex in the neighborhood of healing.

Twilight News / Federal Police team leader Raed Shakir Jawdat said on Tuesday to impose control over 40% of the white door area within the last areas under the control of the organization Daesh in the right side of the city of Mosul.

Jawdat team said in a statement reported to Twilight News, that cuts federal police regained control over 40% of the white door and approaching 400 m from Farouk Street and surrounded the mosque Hamidin.

He added that he paid Jawdat units night intrusion control Aserjkhanh market jewelers market Wednesday and eliminate the terrorist groups and to reach the Corniche Road along the river markets.

1 hour ago
Last updated
The time now is 09:06 AM
Jubouri calls on security forces to intensify efforts to liberate Mosul ahead of Eid al-Fitr
Continued ..

The Ministry of the Interior announced on Tuesday that it received an international rating from the UN Security Council’s International Arms Control Standards Organization, a remarkable achievement for the first time at the national, regional and global levels.

“This represents a commitment by the Republic of Iraq to the best international standards in building its institutions and enhancing its international standing,” she said. “This is a clear achievement for the first time at the national, regional and global levels.

It is noteworthy that Iraq has recently obtained many classifications and prestigious positions at the international level, which strengthens his position among the countries of the world.

Iranian President Hassan Rowhani said the liberation of Mosul was a symbol of the end of terrorism and was a victory for Iran, Iraq, Syria and all the countries of the region that are currently grappling with the dilemma of terrorism.

Iranian President Hassan Rowhani congratulated Iraqi Prime Minister Haidar al-Abadi on Tuesday for his country’s victory in the fight against terrorism and said that the liberation of Mosul is a symbol of the end of terrorism and a victory for Iran, the official Tasnim News Agency reported. Iraq, Syria and all the countries in the region that are currently grappling with the dilemma of major terrorism. 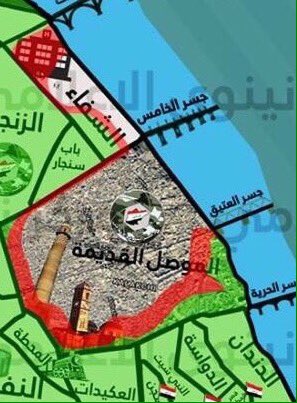 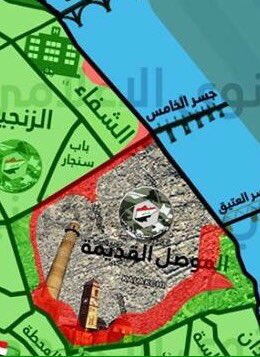 According to Iranian media, the Abadi also met with Iranian President Hassan Rowhani.

The Abadi and his accompanying delegation arrived in the Iranian capital Tehran, coming from Saudi Arabia.