Taking place in Baghdad, several days ago, preparations for “unannounced” to celebrate the liberation of Mosul, to coincide with thethird anniversary of the fall of the city ,however , the organization Daesh.
Controlled organization, on 9 and June 10, 2014 on the city of Mosul, before imposing its control in subsequent days , the number of cities.
And received a number of ministries and instructions concerning the celebration of arrangements, invitations have also been directed to Arab and foreign guests, including artists and media professionals, to attend theevent.
During the past few days, had not been interrupted media quasi – governmental, for preaching what it called ” a week great victory”, referring to the near Emancipation Proclamation of Mosul , to coincide with theanniversary of its occupation. The prime minister promised Haider al – Abadi, 3 weeks ago, the establishment of a major official and popular celebrations in the event of the final declaration of victory over Daesh in Mosul.Ebadi said, at the weekly press conference last May, said that ” the government will prepare a special program to mark the occasion, and will be an official and popular where official and popular institutions all contribute to the celebration of all Iraqi provinces.” The combined forces separated from the complete liberation of Mosul, asmall area in the heart of the old city, holed up inside about 1,000 armed men , in addition to tens ofthousands of civilians. According to the latest military estimates, it has been recovered 97% of the city center of Mosul.

Victory in the memory of the occupation
and revealed sources (range) for preparations conducted by a number of service ministries, including the Ministry of Culture, to establish a great festival for “declare victory” in Baghdad.
These instructions are very limited circulation linked to military action and security – sensitive field related to thesituation in Mosul.
And will attend the ceremony, according to leaks, Arab media and artistic figures. It is likely that the concert will be held on June 10, or other nearby days.
The website published the seventh day of the Egyptian, recently apologized to one Egyptian actors, to attend the ceremony in Baghdad, who confirmed that it will be held on 12 – June.
The website quoted the artist Khaled El Sawy, who wrote on the official page on Facebook, he officially apologized for attending a ceremony of Iraqi security forces, slated for June 12 (June) present, on theoccasion of the victory of the Iraqi army to organize “Daesh” terrorist.
He attributed Sawi, according to the site, the reason for his apology to technical engagements, as well as concern to travel to Arab countries in the coming days.
The paper said that “this celebration is scheduled to be attended by a number of Egyptian and Arab artists, inaddition to a number of public figures in Iraq.”
The Nayef al – Shammari, deputy Nineveh and a member of the security committee, said Iraqi forces aretrying to resolve the battle of the city on the anniversary of its fall , however Daesh.
Shammari said, in a statement (term) yesterday that ” the military leadership has developed a new plan to liberate the old city center of Mosul , ” expected to enable the Iraqi forces plan to control the rapid heart of thecity.
Confirms MP Nineveh ” the importance of transforming the anniversary of the fall of Mosul to the day of thevictory.”
But Saad al – Sabri, the government spokesman, says that ” the celebration is linked to the establishment of full liberalization of Mosul.” He added Sabri (range) that ” the challenge of time is , however , the military leadership, which we hope to be soon.”
The prime minister said during his press conference last, that “Daesh is controlled by a small point in the center of Mosul, but will not underestimate them.” And he denied that he had “identified on the fall of Mosul to declare liberation of the city from Daesh.”
On the other hand Deputy close to the prime minister that the liberation of the city process will take longer.
The MP said (range), speaking on condition of anonymity, said that “Abadi revealed to us the existence ofsome problems in the editing process, and that the declaration of victory will be after Eid al – Fitr holiday.”
Federal police said yesterday, it controls 75% of the Zndjeli neighborhood in central Mosul. The team said Raed Shakir Jawdat, commander of the federal police force, the “pieces of the northern axis impose full control over 75% of the Zndjeli neighborhood and close to many of the Bab Sinjar northern port towards Nouri mosque in the old city.”
Since more than 10 days of joint forces are fighting in another neighborhood adjacent to the old city. It isexpected to take the old alleys editing process takes longer.
Federal police announced that they had killed 193 sniper and blew up a booby – trapped wheel 414 and 1053 and 405 armed wheel motorcycle. She noted that the drones have killed 1221 terrorists, while able to deal withexplosives dismantled an explosive device 483 and detonating an explosive device 283 other teams.

Wishes the end of the fighting in
turn , says MP Ali al – Badri said he had information confirming the existence of preparations are under way on “leaps and bounds,” to declare “victory in Mosul , ” the anniversary of the fall of the city or close to that date.
He Budeiri, in connection with (range) yesterday, that “Iraqi forces will, in the coming days, near the lighthouse of humpback, central Mosul, and then the rest will fall automatically neighborhoods.”
It is expected deputy state law that ” the declaration of liberation will be in the last week of Ramadan, and will be connected with the Eid al – Fitr celebrations.”
The military leadership, parties close to the operations, handled a number of appointments for the liberation of the city, the most recent mid – current month of Ramadan.
In the meantime, Deputy Nineveh that “time early” to talk about declaring victory in Mosul.
The MP said Mohammed Nuri Alabdrih, in a statement (term) yesterday, “there is still heavy fighting in thearea Zndjeli and healing, and do not think he can edit those areas and the old city in the coming days.”
The humanitarian situation increases the difficulty of fighting there, as the United Nations has recognized thedeaths of more than 160 civilians while opening “Daesh” fire on the population.
He wished MP Abed Rabbo, who oversees a number of tribal fighters in the south of Mosul, said the liberation of Mosul as “soon”, but asserts that ” the battle is greater than the size of Wishlist.” 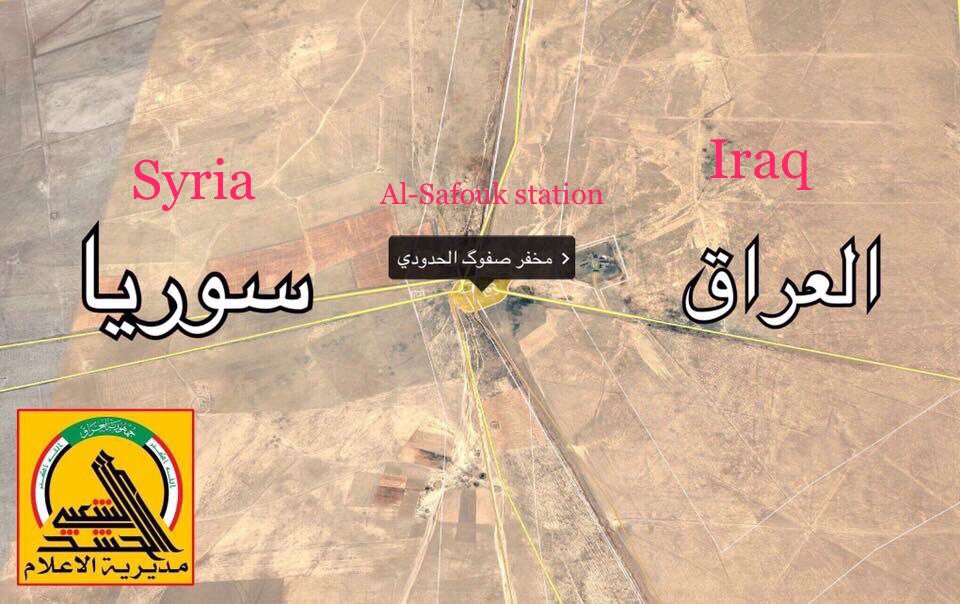 Twilight News / Iraq get a soft loan worth 3.5 billion US dollars by the International Monetary Fund , as stated by Wednesday , Iraqi Prime Minister for Financial Affairs Advisor to the appearance of Mohammed Saleh.
He explained that the Fund will also provide an additional international financial umbrella by about $ 13 billion , both from the seven major international bank or industrialized countries or the postponement of compensation for the Kuwait war.
He pointed out that the Fund seeks through the second review to provide a framework for macroeconomic stability and in the course of financial adaptation leads to maximizing non – oil revenues as well as to enable Iraq to pay its debts in accordance with the mechanism of the so – called debt to bear energy.

{Baghdad} Euphrates News Search Defense Minister Irfan Hayali on Wednesday with a delegation Amnimn Kurdistan Regional cooperation between the army and the Peshmerga in editing operations.
A statement by the Ministry of Defense, the agency {Euphrates News}, a copy of Hayali received “received in his office, head of anti-terrorism Kurdistan Lahore province Sheikh Cengi Talabani, and director of the intelligence of the Peshmerga, Major General Sheikh Naji, attended the meeting, ordered the Presidential General and the Director of Intelligence and Security, and was during the meeting discuss military operations and cooperation between the Iraqi army and the Peshmerga forces and post-Daesh “.anthy
http://alforatnews.com/modules/news/article.php?storyid=144179 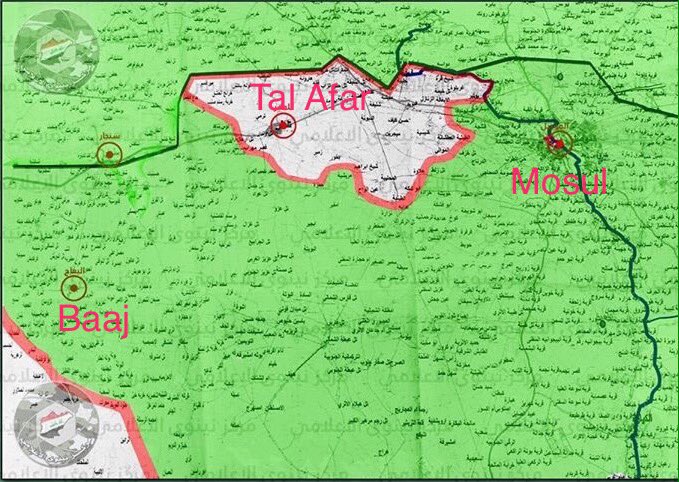 Twilight News / agreed political parties in Kurdistan province on the independence referendum legislative and presidential elections this year.
And the holding of the Kurdistan Region President Massoud Barzani on Wednesday a meeting with leaders of political parties in the region, which saw a boycott of the MDC and the Islamist group meeting.
The meeting agreed to set the date of the referendum on independence in the Kurdistan Region on 25 September this year.
The meeting on the holding of parliamentary elections and the presidency of the region agreed on the sixth of November to November of this year , too.

Baghdad / Al-Ghad Press:
A source familiar with the matter said Monday that the Ministry of Communications ordered Internet companies in Iraq to suspend the service for one hour a day, noting that the interruption will continue until June 22.
The source told Al-Ghad Press that “according to the orders of the Ministry of Communications in Iraq, there will be a disruption in Internet service during the period from June 6 to 22 June.”

one hour ago
Last updated
The time now is 03:25 PM

The agency said in a statement received by “Al-Gharab Press” that “the investigations department in the Commission, confirmed the issuance of the Criminal Court on the issues of integrity in Baghdad, in absentia sentenced to seven years in prison for the fugitive convict and former finance minister Rafie Hyad Jiyad al-Issawi.”
She pointed out that “the details of the case, is that Issawi damage to the interest of the entity in which he works (Ministry of Finance), through the approval of the contract between the General Department of Rafidain Bank and engineering company for the contractor to invest in the building of Rafidain Bank branch of Aqaba.
She added that “the court reached sufficient conviction to condemn the defendant after reviewing the statements of the legal representatives of the Ministry of Finance and Rafidain Bank and the administrative investigation in the Office of the Inspector General of the Ministry of Finance and the report of the External Audit Division of the Integrity Commission containing the value of damage to public money, as well as the presumption of escape Accused”.
“The decision of the convicted fugitive sentence includes the issuing of an arrest warrant against him, in addition to supporting the seizure of his movable and immovable property, and keeping the complainant, the Ministry of Finance, to claim compensation before the civil courts after the judgment has been obtained.”
It is noteworthy that the former finance minister Rafie al-Issawi, is wanted for the Iraqi authorities on corruption charges, where he was sentenced to seven years imprisonment in 2015, issues related to financial and administrative corruption and currently resides outside Iraq.