Prime Minister Haidar al-Abadi said on Tuesday that terrorism does not target any particular sect or sect, but seeks to target life in all its forms. He pointed to Iraq’s readiness to cooperate with any country that wants to eliminate terrorism.

“The countries of the region have ensured that no country is isolated from terrorism,” Abadi said at a weekly conference attended by Mawazin News. “Iraq is ready to cooperate with any country that wants to eradicate terrorism.”

He added that “Iraq is now in the role of control over the Iraqi-Syrian border and will not allow anyone to exceed those limits,” adding that “Iraq does not want to enter into a conflict within the Syrian territory.”

Abadi said that “life returned to normal in the left side of the city of Mosul completely after liberation from the gangs of the organization calling the terrorist,” pointing out that “the University of Mosul will be opened soon.”

With regard to lifting the ban on Iraqi football, Abadi said that “Iraq is fully qualified to lift the ban on stadiums.”

At the conference, Abadi said, “I regret the recent disagreements in the region.”

On Tuesday, every week, the Council of Ministers convenes a regular session, chaired by its President, Haider Abadi

Urgent Abadi: Council of Ministers discussed the lifting of a supplementary budget to parliament

The CTS are waiting to be joined by the Federal Police, Rapid Response, and other Iraqi forces to intensify the attack on the Old City neighborhood from its northern side, said Abdul-Ghani al-Assadi.

“The major challenge forces are facing in Mosul is the existence of a large number of civilians in narrow areas with small, interconnected houses,” Assadi noted, as quoted by Iraqi News.

The operation to oust IS militants from Mosul began on October 17, 2016. Three months after the commencement of the operation eastern half of the city was declared liberated. The operation advanced into the western half in February.

ERBIL — Kurdistan Workers’ Party (PKK) and Hashd al-Shaabi have made agreements according to which Hashd al-Shaabi will secure a route through Sinjar to northern Syria (Rojava), and PKK will establish a trade route between Rojava and Iraq.

Waheed Bakozi, head of Sinjar’s branch of Kurdistan Democratic Party (KDP), told BasNews that PKK has agreed to allow Hashd al-Shaabi to secure a route through Khanasor district in Sinjar to connect the militia group to Syria.

The official added that the way PKK is treating Kurdistan Region’s soil is similar to the way the former Baathist regime treated it, stressing that their plans won’t be successful.

The head of the National Alliance, Ammar al-Hakim on Tuesday to speed up the legislation of the electoral law and the selection of a new Commission.

Hakim said in a statement received «Journal News» “stressed that Iraq sought to promote democracy through legislation to speed up the election law and the selection of a new Electoral Commission, as we renewed our rejection of any postponement of a violation of the constitutional and timings.”

He added Hakim, “We discussed with the US president’s envoy to the International Alliance against Brett Daesh Macgork, developments in the political and security situation in Iraq and the region, and stressed the need to move the national reconciliation project with a near final victory over Daesh.”

For his part, the US envoy, “Washington’s support for Iraq in its war against Daesh and its commitment to implement the strategic cooperation agreement and activate the continuation,” and expressed “happiness victories achieved at the hands of Iraqi forces in the fight against Daesh terrorist.”

Hakim was confirmed, in (18 May 2017), refusing to postpone the parliamentary elections one day, while calling for the convening of a regional conference between the axis of the region, which includes Saudi Arabia, Iran, Turkey, Iraq and Egypt. 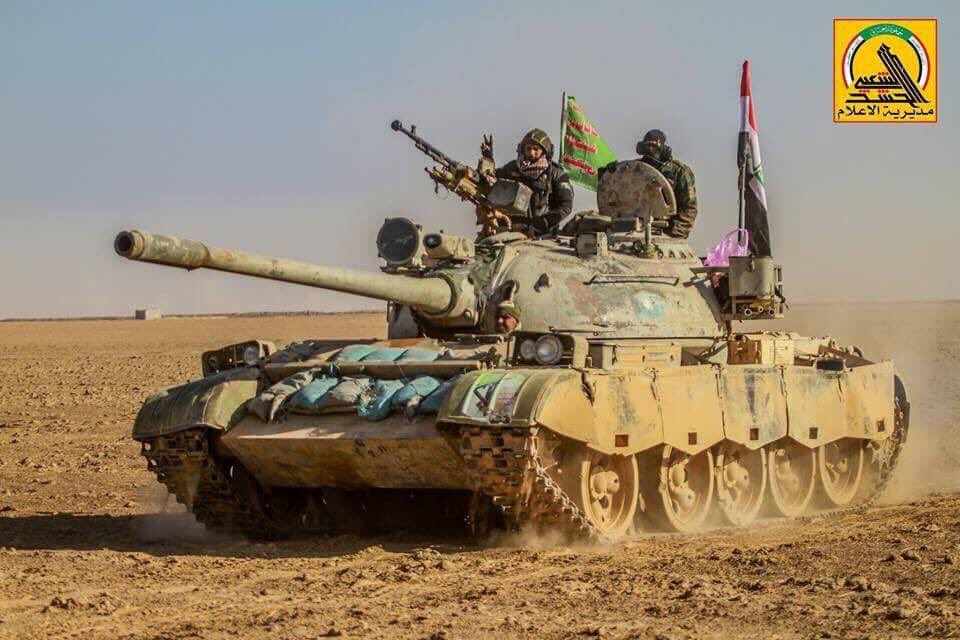 Map update #PMU control over 80% of west #Mosul desert and are moving rapidly along the #Syria / #Iraq borderline. 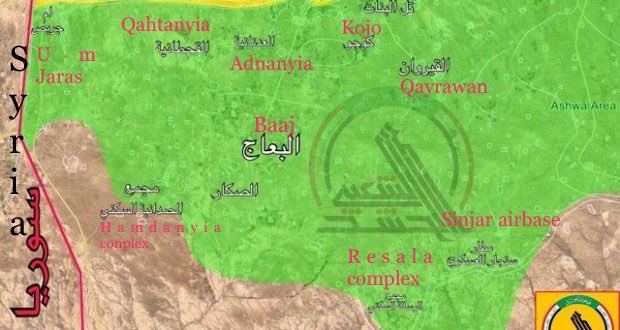 Abdul-Ghani al-Assadi, commander of the Iraqi army’s elite Counter-Terrorism Service, said in statements to Assabah al-Jadeed website that CTS are currently awaiting the arrival of Federal Police and Rapdi Response and army troops to join forces and consummate a siege on the IS-held Old City from the north.

“The major challenge forces are facing in Mosul is the existence of a large number of civilians in narrow areas with small, interconnected houses,” Assadi said.

Last week, a spokesperson of the U.S.-led coalition fighting IS said the group was controlling less than 10 square kilometers of territories in western Mosul.

Iraqi government troops regained control over eastern Mosul in January after three months of fighting. Operations for the western side of the city launched in mid February, and Iraqi generals say a few hundreds of IS fighters remain in the Old City as a last refuge.

The densely populated and narrowly structured Old City was the place where IS supreme leader Abu Bakr al-Baghdadi declared the establishment of the group’s rule in Iraq in 2014.

Iraqi forces began late April to advance towards the enclave from the northwest, having besieged it from the south for weeks to no avail. Troops reportedly took over most of Zanjili district and proceeded towards al-Shefa, the last district adjacent to the Old City.

At least 200.000 civilians are believed to remain in IS captivity in the Old City.

Announced that the Committee on Economy parliamentary, Tuesday,support for the measures the bank ‘s central recent organization of thework of banks in the window selling currency foreign, indicating that thecentral bank held a classification in cooperation with the International Monetary Fund and the World Bank.

Said a member of the Committee on Economy Parliamentary Najiba Najib’s ” Economy News ” , the ” classification of the bank ‘s central banks involved in the window of selling the currency

move is good too and its goal of reform cash ” ,

She added that ” the assessment of the new Bank of the Central adopted on seven items , notably the standards of transparency and the fight against laundering money that was given her degree 50 of 100 in addition to the top of the money and the granting of loans ” , referring  to that ” some banks

aimed at entering the window sell the currency

to profit on the expense of the economy of the Iraqi

which got the score slow in the classification . “

She stressed that ” the banks that got the centers

last them to correct their status in order to remain