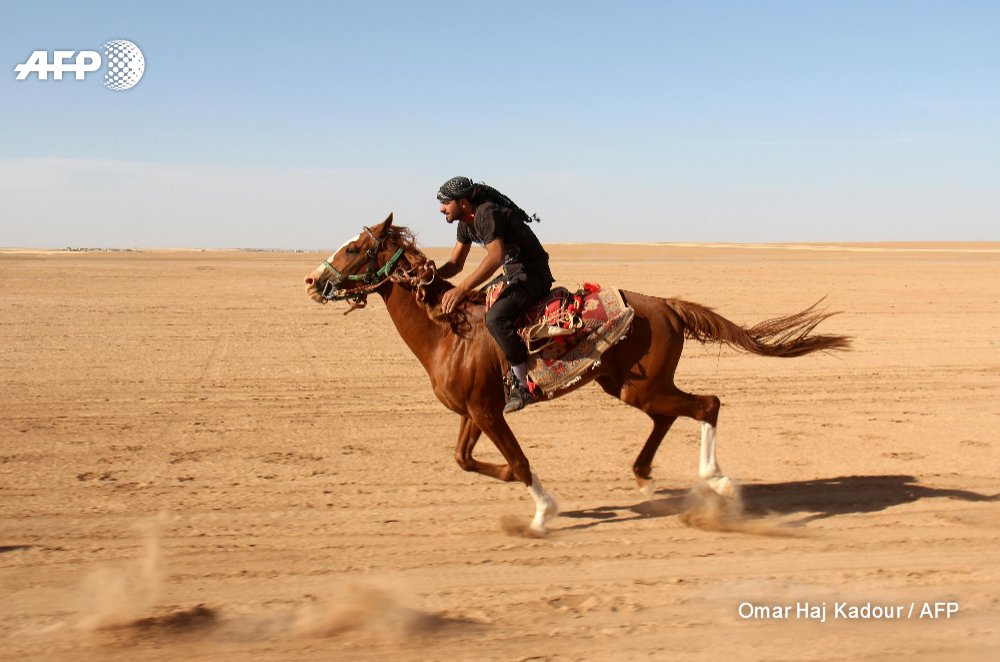 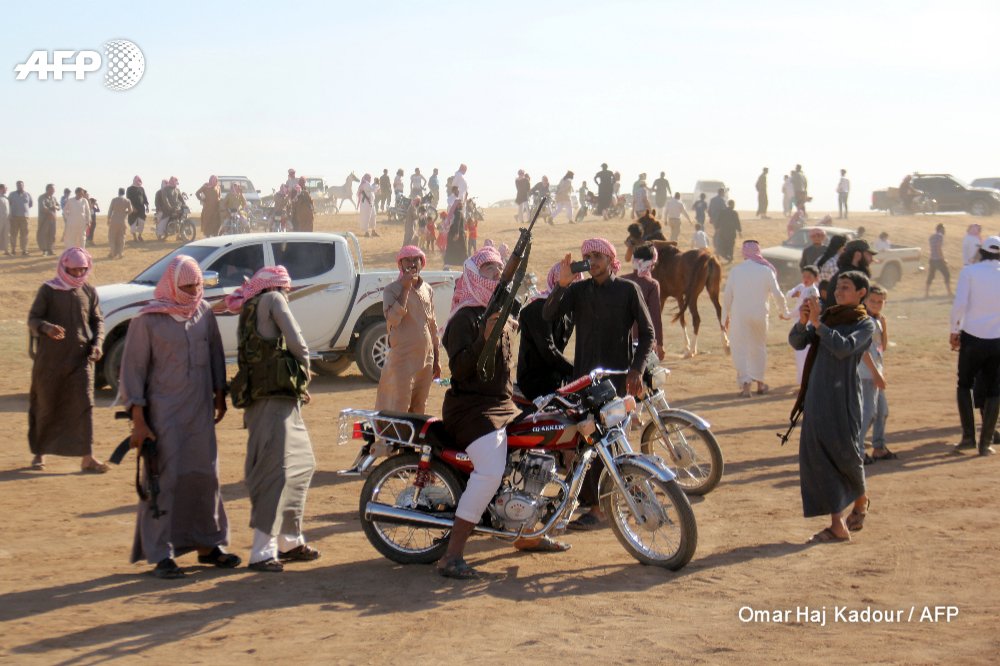 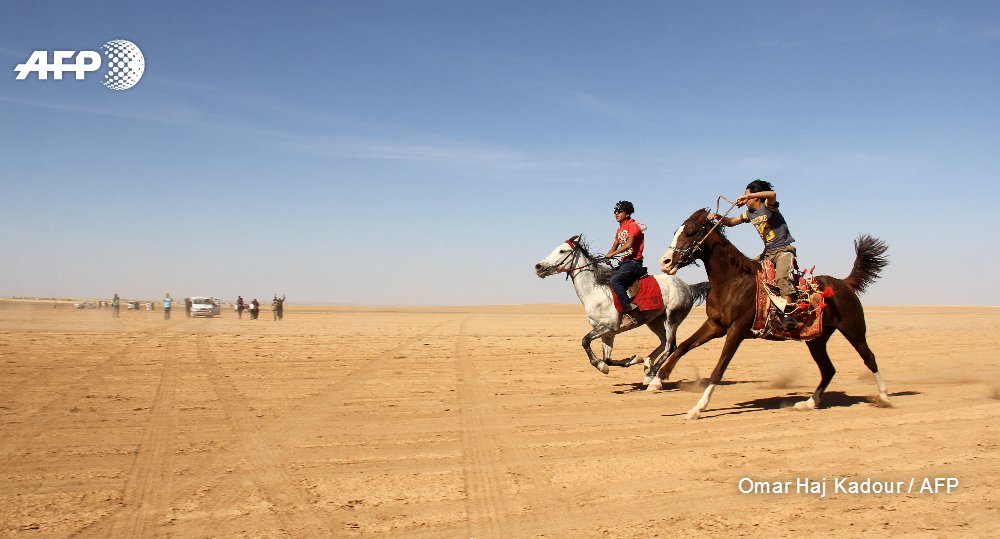 Iraqi security forces control the old Mosul in preparation for storming, while publishing an organization calling the suicide bombers and snipers at the entrances to the city, threatening civilians trapped in death if they tried to escape or refused to carry out his orders, while the terrorist organization decided to move his headquarters from Mosul to the province of Hawija.

Iraqi forces completed their preparations for the liberation of the three remaining areas under the control of Daqash on the right side of Mosul, about three months after the start of military operations to restore the area.

The spokesman of the anti-terrorism agency Sabah al-Nu’man, the readiness of Iraqi forces to reclaim the neighborhood of Shifa and Zinjili neighborhood, while controlling the ring on the Old City to liberate. He said that the figures that are being circulated regarding the number of militants “calling” in the remaining areas of the city is inaccurate, stressing the importance of the readiness of Iraqi forces for this stage of the battles.

Al-Nu’man pointed out that the organization would rely on individual suicide bombers and civilians as human shields because of the decline of the capabilities of combat organization. Observers also pointed out that the Iraqi forces will face a difficult challenge in eliminating the remaining elements of «Da’ash» because of the deployment of extremists human shields of the people in the vicinity of the entrances that Pkhkha and near the mosque Nuri.

A security official in Hawija said that the “leaders” and leaders in the first line completed the transfer of the leadership of the organization from Mosul to the province of Hawija, indicating that the reasons for transport came because of the near collapse of the organization in the old square of the city and the liberation completely, For the continuation of its activity and operations, which are currently available only in the districts of Hawija, Nawaab Al-Zab, Riyadh, Abbasi and Rashad.

He added that «Daqsh» brought yesterday 400 elements, some of them were transferred across the Tigris River from the borders of Syria and Jordan and the city of Mosul, indicating that the elements of the terrorist organization were taken by a command of the leaders are blindfolded so as not to know the ways and paths of the organization hidden.

For his part, the governor of Kirkuk, Necmettin Karim, said that Hawija will become the capital of «da’ash» in Iraq, because the security forces left it, adding: We have repeatedly called for the rapid launch of the liberation of Hawija, but the central government did not respond and the decision to start the liberation of the hands of the commander-in-chief of the army Haider Abadi exclusively, has not issued this decision so far. He pointed out that the survival of these areas under the control of the terrorist organization affects the security of many of the neighboring provinces, and that the liberation is an important step in the elimination of «Dahesh».

In the context, the operation command in Nineveh distributed the tasks of the last battle to its joint forces, but it stressed the security of the exit of civilians first before fully penetrating the city’s outlets. Army aircraft also dropped leaflets on the people trapped in the center of the old city demanding that they cooperate with government forces and stay away from the organization’s gatherings.

Twilight News / said the federal police chief said his forces intensified on Friday the bombing of al-Daesh sites in the old city of Mosul left the coast in preparation for the storm.

Team Raed Shakir Jawdat said in a press statement reported to Twilight News, that “pieces of police stationed in the southern axes and North Chen shelling intensive missiles Krad and field artillery and aviation march targeting the headquarters Aldoaash and defenses in the door of the brick and the door of a new al-Faruq and Zndjeli a prelude to the storming of the old city in the coming hours and massing troops especially for the evacuation of civilians and help them out of the areas of engagement. “

He added that “our forces are able to resolve the battle of the old city and the restoration of Al-Nouri mosque and Daesh loses control over the near humpback vital areas.”

#Iraq‘s Federal Police are finalising their preparations for a massive assault in #Mosul‘s old city. 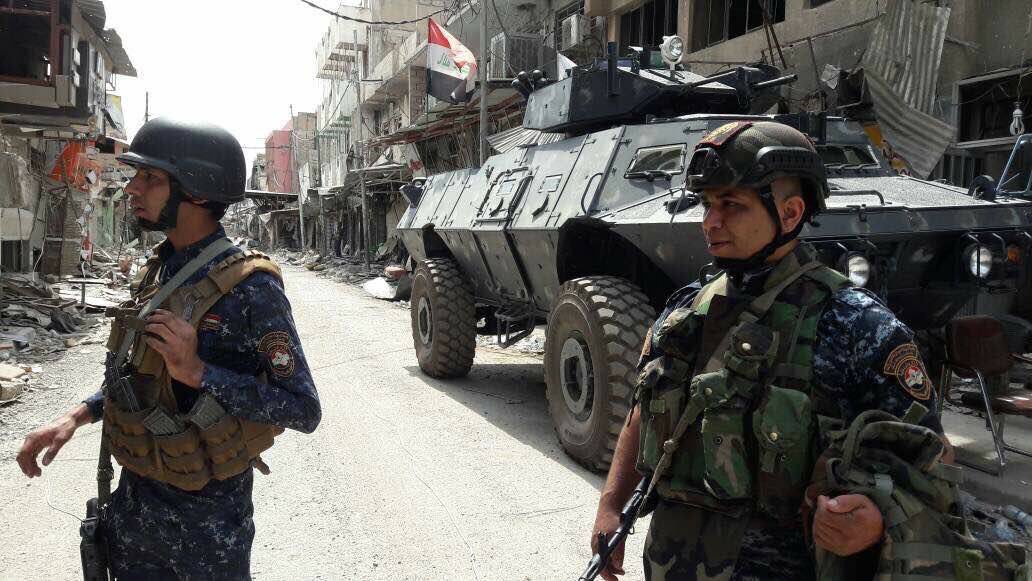 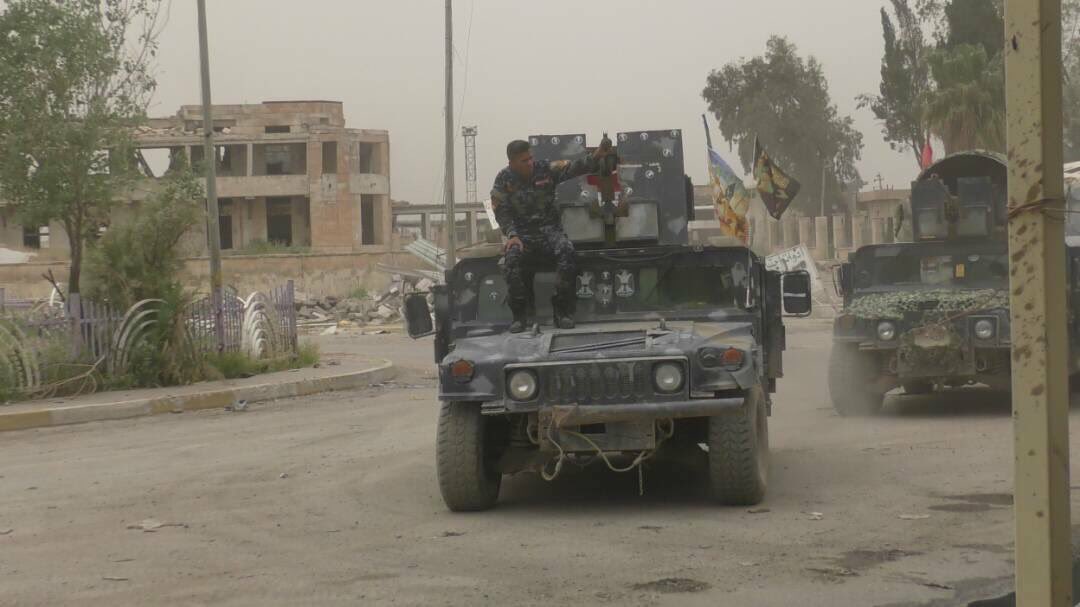 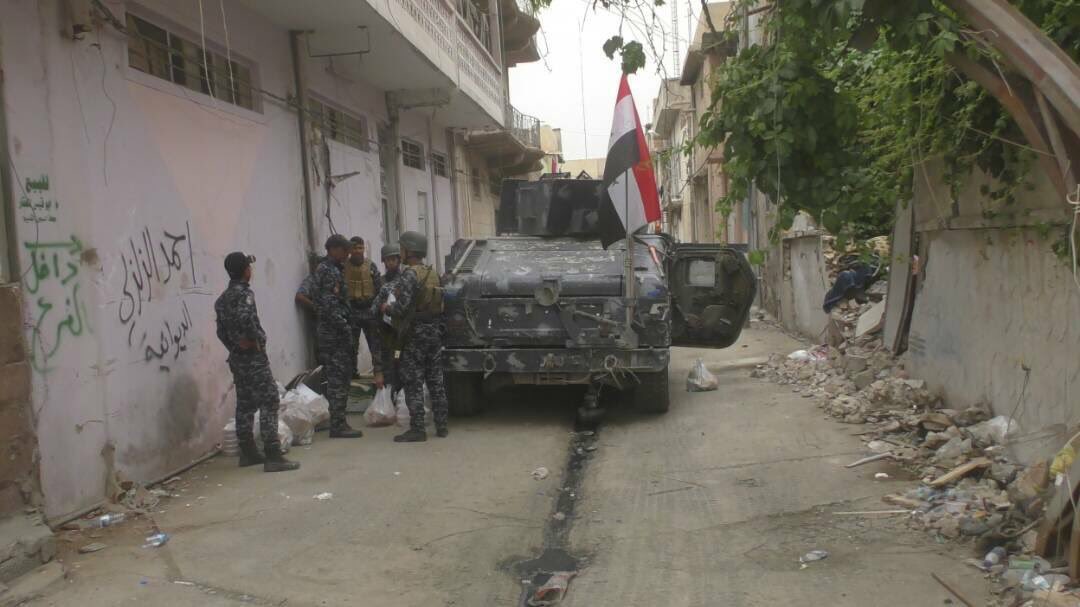 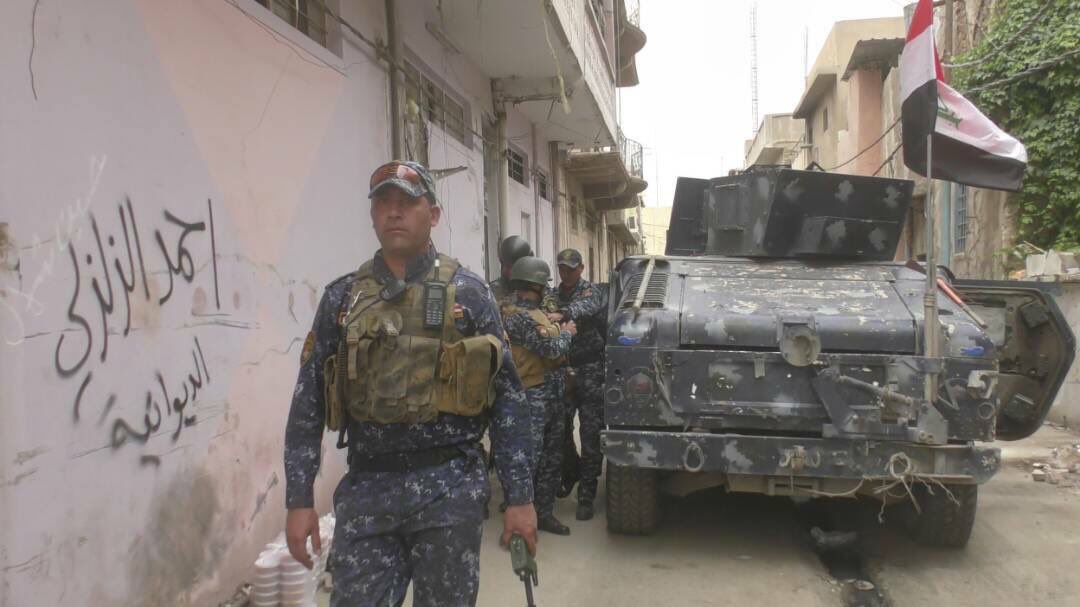 BAGHDAD (Reuters) – Iraqi forces on Friday dropped leaflets urging residents of the old city, controlled by the state, to “push” in Mosul to flee, raising concern among aid groups for the safety of civilians. The dropping of leaflets announced by an Iraqi military statement meant an attack to expel militants from their remaining enclave in the northern Iraqi city was imminent. “We are deeply concerned about any calls to leave western Mosul because it will mean that civilians, especially children, are in great danger of being trapped amidst the shooting,” Save the Children said in a statement. Civilians besieged in areas still under Da’ash control in Mosul face a dire situation in light of the scarcity of food, water, power cuts and limited medical services. The US-backed attack to restore Mosul, currently in its eighth month, took longer than planned because of the sheltering of civilian militants and their resistance to attacks with booby traps, car bombs, motorbikes, snipers and mortars. At the start of the attack, Iraqi Prime Minister Haidar al-Abadi hoped that Mosul would be “liberated” by the end of 2016. The United Nations said last week that as many as 200,000 more people could flee Mosul as fighting approaches the Old City. Some 700,000 residents of Mosul, or one-third of the city’s population before the war, have so far fled to seek refuge in friends or relatives or in camps for the displaced. “Just a few minutes ago, Iraqi air force planes dropped hundreds of thousands of leaflets on uninhabited areas in the center of Mosul’s right side urging citizens to exit through safe corridors towards security forces,” a statement from the military information cell said. Oxfam said the dropping of the leaflets indicated that the entry of Iraqi troops into the old city of Mosul was “imminent” and added in a statement that “this may include an official declaration from the army in the next few days.” The restoration of control of Mosul will mean the end of the Iraqi part of the state of the “Caliphate” announced by the extremist leader Abu Bakr al-Baghdadi three years ago, which also includes parts of Syria. Iraqi military commanders have expressed their hope of taking control of the Grand Mosque of Nuri al-Baghdadi, which al-Baghdadi declared the caliphate, before the holy month of Ramadan, which starts on Saturday in Iraq. The insurgency is expected to continue in the impoverished desert region along the border with Syria, even if Iraqi forces completely control Mosul.

Twilight News / announced Iraq’s top Shiite cleric Ali al-Sistani office for lack of evidence sighting of the crescent of Ramadan on Friday, it will be prepared tomorrow to complement Shaaban and Sunday, the first day of Ramadan.

The office said in a statement to the Twilight News reported, “did not prove to have Sayyed Sistani, long live sighting of the crescent holy month of Ramadan with the naked eye after sunset on Friday in Iraq and its neighboring areas.”

The Sunni Endowment and the Kurdistan Region has announced yesterday that on Saturday will be the first day of the month of Ramadan.