The media outlet said Iraqi forces recaptured the district and raised Iraqi flags above its buildings. Al-Najjar was one of a handful of remaining districts Iraqi forces are battling IS in to pave the way towards the ancient Old City, the highly prized target from where IS supreme leader Abu Bakr al-Baghdadi proclaimed an “Islamic Caliphate” over large parts of Iraq and neighboring Syria.

Earlier this month, Iraqi government troops changed tactics and started charging at the Old City from the northwest, having besieged the area for weeks futilely from the south.

The impassable streets of the densely populated area, and the  high number of civilians believed  to be held as human shields there has made the invasion of the Old City a very delicate endeavor.

The Iraqi Joint Operations Command said recently it controls at least 89.5 percent of territory in western Mosul. Operations to retake that section of the city launched mid February. Eastern Mosul was recaptured in January. Some generals predict the city to be cleared from IS militants by the end of this month.

A statement issued by the Information Office of Abadi said in this regard: “During the meeting, they discussed enhancing the bilateral relations between the two countries and the situation in the region in the light of the challenges facing them, in addition to the war against the terrorist gangs and the victories achieved on them.”

“Our heroic forces are winning victorious gangs as we approach the final victory. It is important that all countries cooperate to combat terrorism and its deviant ideology, because it represents a danger to the region and the world,” he said.

For his part, Sheikh Mohammed bin Abdul Rahman al-Thani stressed the importance of strengthening relations with Iraq and working together to meet the challenges facing the region, pointing out his country’s support for Iraq in its fight against terrorism.

Abadi also received an invitation from the Emir of the State of Qatar, Sheikh Tamim bin Hamad bin Khalifa Al Thani, to visit the country.

Khandan- Saudi Minister Khaled Al – Faleh energy arrived on Monday to the Iraqi capital Baghdad on an official visit during which he is expected to make a decision looking to support the Organization of Petroleum Exporting Countries (OPEC) on continuing to reduce production.

A spokesman for the Iraqi Oil Ministry , Assem Jihad told Kuwait News Agency (KUNA) that the minister will discuss al – Faleh in Baghdad with his counterpart Jabbar Allaibi to extend a cut in oil production in order to reduce the surplus in the global market , a move led by OPEC.

He said al – Faleh will discuss during his visit , which is described as the first to Iraq since 2003 , as well as ways of strengthening bilateral relations between the two countries and recent developments in the oil market.

The Iraqi Prime Minister Haider al – Abadi confirmed on May 16 that Iraq is committed to being cut oil production to reduce the surplus in the global market and will support the extension of the cut output in line with any decision taken by OPEC.

is due to oil ministers meet Organization (OPEC) in Vienna on May 25 to discuss the extension of production cuts , which it agreed last year with 11 other countries producing crude abroad , including Russia. 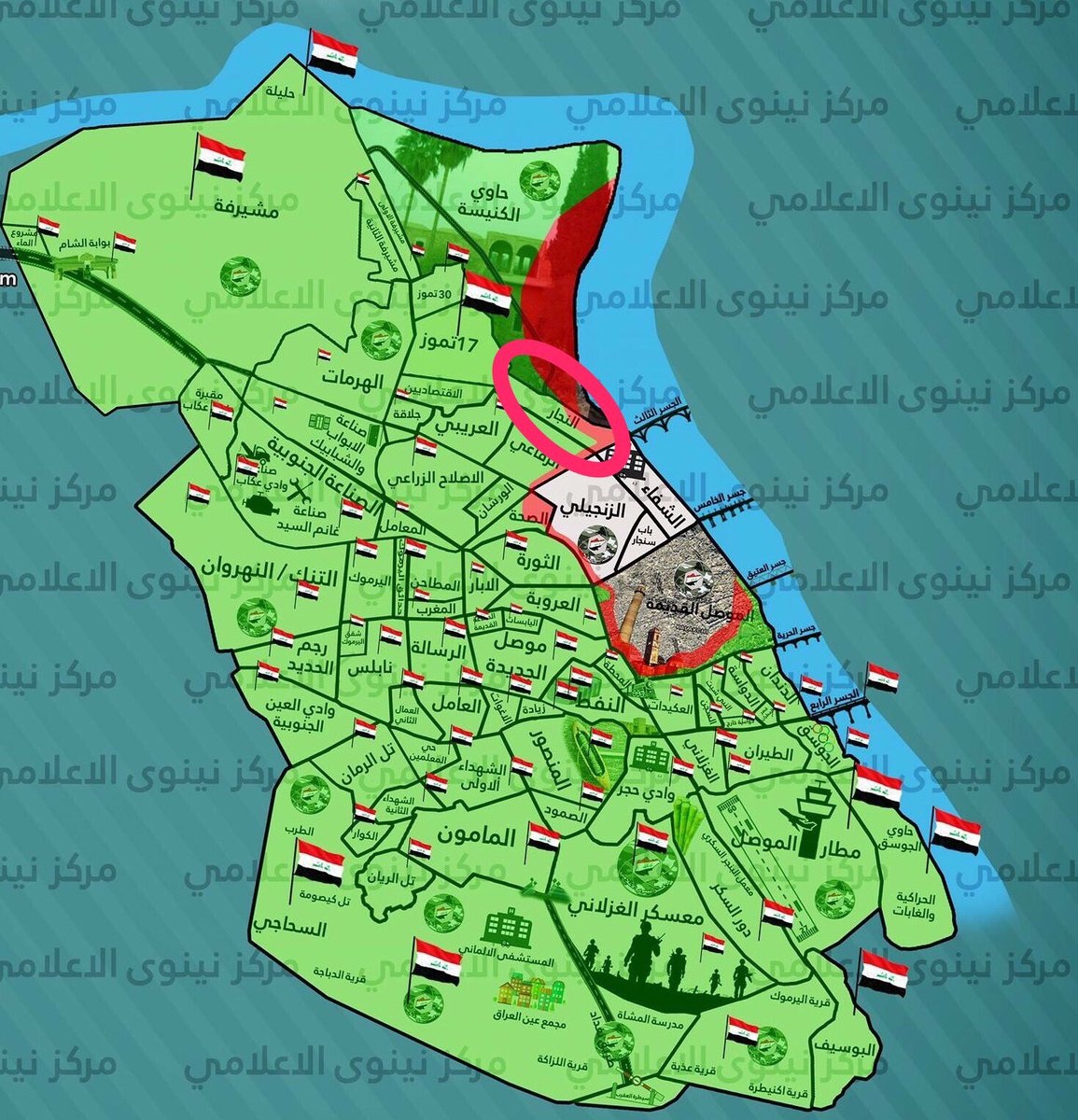 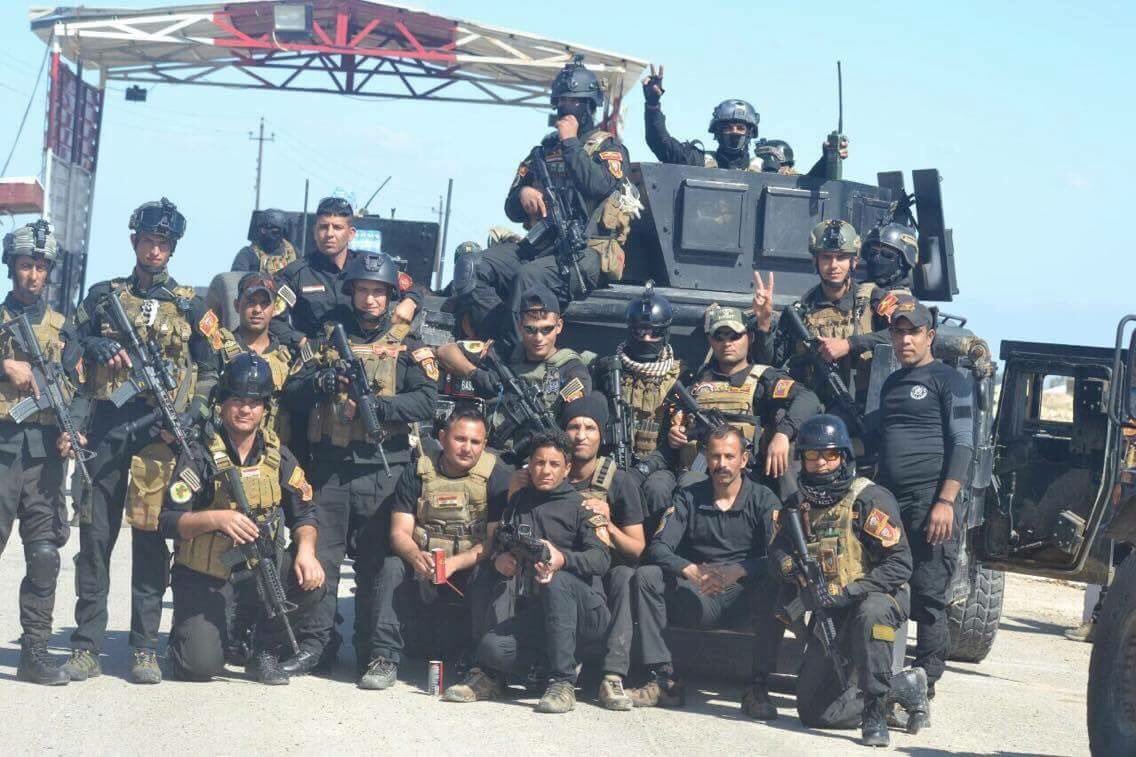 On Monday, anti-terrorist forces managed to liberate the entire Najjar district in the right-hand coast of Mosul.

“The anti-terrorist forces liberated al-Najjar completely from the control of the terrorist organization in the right-hand side of Mosul,” Commander Abdul-Amir Rashid Yaarallah said in a statement.

He added that “the forces raised the Iraqi flag over the buildings of the neighborhood after the seizure of the enemy loss of life and equipment.”

On Thursday (4/5/2017), the Military Information Cell announced the launch of the liberation operations of the areas north of the right coast of Mosul.

Announced Trade Bank of Iraq (TBI), on Monday, close the opening of the bank branch in the city of Ramadi after reconstruction.
The bank said in a statement, “Economy News” received a copy of it, he will be re-opening of the help of God the Iraqi Trade Bank branch (TBI) in the city of Ramadi to contribute to the reconstruction of the liberated areas after the destruction caused by terrorist gangs Daesh.
He added that, re-liberated areas and the responsibility of all of our belief that we return to our people in Ramadi to serve them.

{Baghdad: Euphrates News} held a political body was the National Alliance headed by Ammar al-Hakim, head of the Alliance League meeting at his office in Baghdad on Sunday discussed developments in which the battle of liberation of the remaining occupied in the right side of the city of Mosul.
A statement by the Office of the President of the Alliance meet for the agency {Euphrates News} a copy of ” The meeting discussed the security and political developments and developments in Iraq and the region , especially the progress ofoperations on the right coast of Mosul and edit neighborhoods where the inventory Aldoaash the remainder of the old neighborhoods as well as developments in thewestern side of Mosul , down to the Iraqi border , because this region of great importance to the elimination of terrorism in Iraqi cities. ”
He added that ” the meeting also included the election of the parliamentary committee and file progress in the selection of the new members of the Board ofCommissioners meeting underlined the need for the completion of the Commission and its work as soon as possible.”
They also discussed ” the draft election law and the importance of resolving thecontroversy around the legislation so as to ensure the provincial elections law and toachieve stability and fair representation of performance and progress and development.”
The statement pointed out that ” the meeting saw the host head of the Shiite Waqf {} Mr. Alaa al – Moussawi , who presented a detailed report on the work of the Bureau and the most important achievements and the obstacles they face a report.”
He pointed to “discuss the work of the alliance committees and their roles in coordination with local governments and the Federal Government and the parliamentary committees in the House of Representatives” .anthy
http://alforatnews.com/modules/news/article.php?storyid=143106

{Baghdad: Euphrates News} commander of the anti-terrorism team forces revealed Gen. Abdul-Ghani al-Asadi change plans to liberate the remaining occupied from the right side of the city of Mosul.
He said al – Asadi told {Euphrates News} that ” the security forces at the end of thefirst stage of editing operations right side.”
He added that ” the second phase of the existence of complex interactions between the buildings in the old city of Mosul by the fall of Elah Most of them.”
He pointed out al – Asadi “will be limited to Daesh gangs between death or surrender , ” asserting that “military plans will change radically the military forces will take axes as new hubs in the study sites and Aljlavah for each axis” .anthy
http://alforatnews.com/modules/news/article.php?storyid=143110

{Baghdad: Euphrates News} called a member of the board of the Presidency of the Council of Representatives, Sheikh Hamoudi, the international community and its representatives present at the {Kazan Conference} Economic Republic of Tatarstan, Russia to draw an effective and well-defined with Baghdad {commercial, industrial} economic policies “and describing Iraq,” the heart of the economic world. “
Sheikh Hamoudi during a press statement after attending the economic summit ninth that “our country is rich with everything and wanted to be a strategic ally with us he has respect for Iraq and build its relations with the obvious seriousness towards common interests and in the interest of our peoples all over.”
He said Sheikh Hamoudi golden opportunity for Iraq is the interest of national products and activating the sectors of industry and agriculture {} and invest Iraqi minds in building the economy and operation of the Iraqi workforce “.anthy
http://alforatnews.com/modules/news/article.php?storyid=143119