UNITED NATIONS – The UN envoy for Iraq says the liberation of Mosul “is imminent” and the days of the Islamic State extremist groups self-declared caliphate “are numbered.”

But Jan Kubis told the Security Council on Monday that lasting progress fighting remains “a tremendous challenge,” with IS fighters increasingly using civilians as human shields.

He said operations are shifting to the remaining areas and pockets where IS extremists are still present including along the border with Syria.

Kubis said a dual focus must be maintained on the immediate challenges of defeating the extremist group and preparing for the liberation, stabilization and rehabilitation of Iraq.

Iraqi forces, backed by the US-led coalition, officially launched the operation to retake Mosul in October. The east was liberated in January and the fight for the west continues.

BREAKING: At least 19 dead and 50 wounded at #ManchesterArena due to the blast, according to Greater Manchester police. 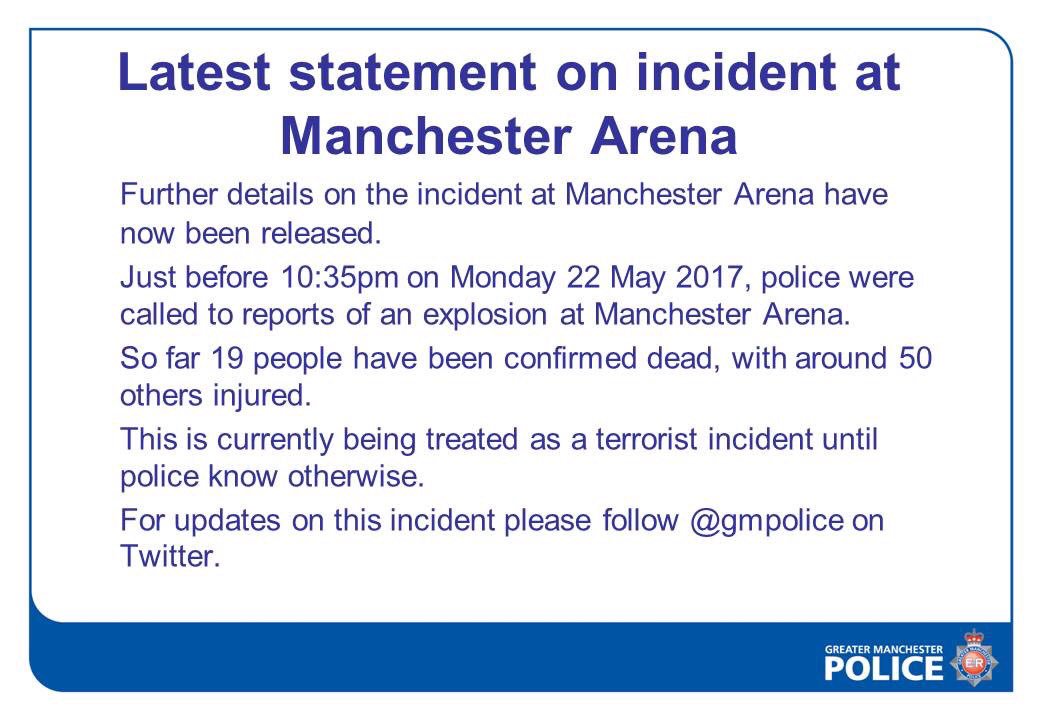 RIYADH – Iraqi Oil Minister Jabbar Ali al-Allaibi said on Monday that he and his Saudi counterpart Khaled al-Faleh agreed on the need for OPEC to extend oil production cuts by an additional nine months, Reuters reported .

Khaled al-Faleh said during a joint conference that Iraqi Prime Minister Haider al-Abadi also agreed on the need to extend the OPEC cuts for nine months .

Members from within and outside the Organization of the Petroleum Exporting Countries are due to meet on Thursday to agree on an extension of production cuts for another six months .

The Saudi Energy Minister said on Saturday that it was possible to expand the scope of the cut-off agreement to include other countries such as Egypt, Turkmenistan and Indonesia .

Opec members agreed last November to reduce oil production by 1.8 million barrels per day to meet the decline in prices .

Saudi Arabia, Russia and Oman announced last week their support for an extension of production cuts. Qatar’s Energy Minister said yesterday that an extension of OPEC’s agreement to cut oil production in the second half of this year would boost market stability .

The agency confirmed that the letter included the official call of Tamim al-Abadi to visit Qatar.

The Mohammed bin Abdulrahman Al Thani, the Qatari foreign minister handed over Abadi during a meeting in Baghdad that call.

The agency said Abadi had expressed his appreciation for the decision of the State of Qatar on the reopening of the Qatari Embassy in the Iraqi capital Baghdad soon.

Qatar news agency quoted the foreign minister as saying that “his visit to Baghdad comes from the close brotherly relations and established between the State of Qatar and the Republic of Iraq sister.”

He also expressed thanks to the State of Qatar, the deep state of the Iraqi prime minister estimated the efforts made by the Iraqi government in the final stages of the release of Qatari citizens and their companions and support their release and their insurance until their arrival at Baghdad airport, and their safe return to Qatar.

Said Mohammed bin Abdulrahman Al-Thani, “the continued support of the State of Qatar and its support to the Republic of Iraq sister in all the measures taken to preserve the unity of Iraq’s land and people and to achieve full control of all parts of the country and the elimination of terrorist groups and armed militias.”

Prince
HH the Emir Sheikh Tamim bin Hamad Al-Thani sent a written message to the country’s Prime Minister Dr. Haider al-Abadi, which included his invitation to visit the State of Qatar.
The message was delivered by Foreign Minister Sheikh Mohammed bin Abdul Rahman Al-Thani during a meeting with the Iraqi Prime Minister.
The Foreign Minister conveyed the greetings of His Highness the Amir to the Iraqi Prime Minister.
For his part, HE Dr. Haider Al Abadi, the Foreign Minister, conveyed his greetings to His Highness the Amir and wished his health and happiness and the Qatari people progress, development and prosperity.
The Prime Minister of the Republic of Iraq expressed his thanks and appreciation for the kind invitation of His Highness the Amir and promised to meet in the coming period.
The two sides also discussed relations between the two brotherly countries and means of enhancing them in various fields.
The two sides stressed, on the basis of the ties of brotherhood and historical brotherly relations between the two brotherly countries, to remove all that would disturb the relations between them and look forward to the future and not dependence on the past and open a new page in the relations between the two brotherly countries.
The Iraqi prime minister expressed appreciation for Qatar’s decision to reopen the Qatari embassy in Baghdad soon.
For his part, the Foreign Minister said that “his visit to Baghdad comes from the brotherly relations established and close between the State of Qatar and the Republic of Iraq sister.”
He expressed Qatar’s deep thanks to the Iraqi Prime Minister for the efforts exerted by the Iraqi government in the final stages of releasing the Qatari citizens and their accomplices and supporting their release and securing them until they reach Baghdad airport and return safely to the State of Qatar.
His Excellency Sheikh Mohammed Bin Abdulrahman Al-Thani stressed the continued support of the State of Qatar and its support for the brotherly Republic of Iraq in all its actions to maintain Iraq’s territorial integrity and people and achieve full control over the country and eliminate terrorist groups and armed militias.
http://translate.googleusercontent.com/translate_c?depth=1&hl=en&rurl=translate.google.com&sl=ar&sp=nmt4&tl=en&u=http://www.alarab.qa/story/1180695/%25D8%25B1%25D8%25B3%25D8%25A7%25D9%2584%25D8%25A9-%25D9%2585%25D9%2586-%25D8%25B5%25D8%25A7%25D8%25AD%25D8%25A8-%25D8%25A7%25D9%2584%25D8%25B3%25D9%2585%25D9%2588-%25D9%2584%25D8%25B1%25D8%25A6%25D9%258A%25D8%25B3-%25D8%25A7%25D9%2584%25D9%2588%25D8%25B2%25D8%25B1%25D8%25A7%25D8%25A1-%25D8%25A7%25D9%2584%25D8%25B9%25D8%25B1%25D8%25A7%25D9%2582%25D9%258A&usg=ALkJrhiAsUpjqC2G0UtOsyhqre9FeTF0WA

Iraqi forces are about to fully liberate Mosul city from ISIS terrorists, a security source told the Baghdad Post on Monday.

Intensive clashes have been going on between Iraqi Federal Police Forces and ISIS terrorists in al-Rafai district in northwestern Mosul, the source added.

ISIS terrorists set fire to cars, electricity generators and drainage system to impede Iraqi forces from advancing into the city.

1 hour ago
Last updated
The time now is 08:00 PM
Baghdad / Al-Ghad Press:
A map of the military information cell of the Joint Operations Command showed Monday that the areas under its control were shrinking considerably.
The map, published by the cell today, shows the restoration of security forces to most neighborhoods of the right coast of Mosul.
The publication of this map comes 218 days after the start of operations “coming to Nineveh” after the statements about the restoration of all neighborhoods of the right coast of Mosul, before the beginning of the month of Ramadan at the end of this month.

Baghdad:
The Iraqi Association of private banks, on Monday, the start of a training session under the title of “due diligence in opening accounts and Know Your Customer KYC” in collaboration with the Integrated Solutions and with the participation of 74 employees in Iraqi banks.
The executive director of the Association of Private Banks, Ali Tariq, for “economy News”, “Association of private banks organized a training course lasts for two days, pointing out that” this session was held due to the growing interest in topics combating money laundering and the financing of terrorism and the process of opening accounts and taking due care which spelled Iraqi law and the instructions of the Central Bank of Iraq and the international norms, which is the main pillar and the gate to the fight against money laundering and the financing of terrorism.
He added that “the beneficiaries of the course are working in bank branches and sections of the ongoing compliance and anti-money laundering operations,” noting that “the session themes will be on the types of bank accounts and the mechanism of opening the accounts necessary documents and Know Your Customer (KYC) and the mechanism fill in the form and instructions of the anti-money laundering and the financing of terrorism law “.

The Association of private banks have set up several courses in the fight against money laundering and the financing of terrorism, also called on the Governor of the Central Bank on the Keywords earlier, private banks to the need to train banking staff on the latest means of combating money laundering and terrorism financing and risk management.
http://economy-news.net/content.php?id=7591 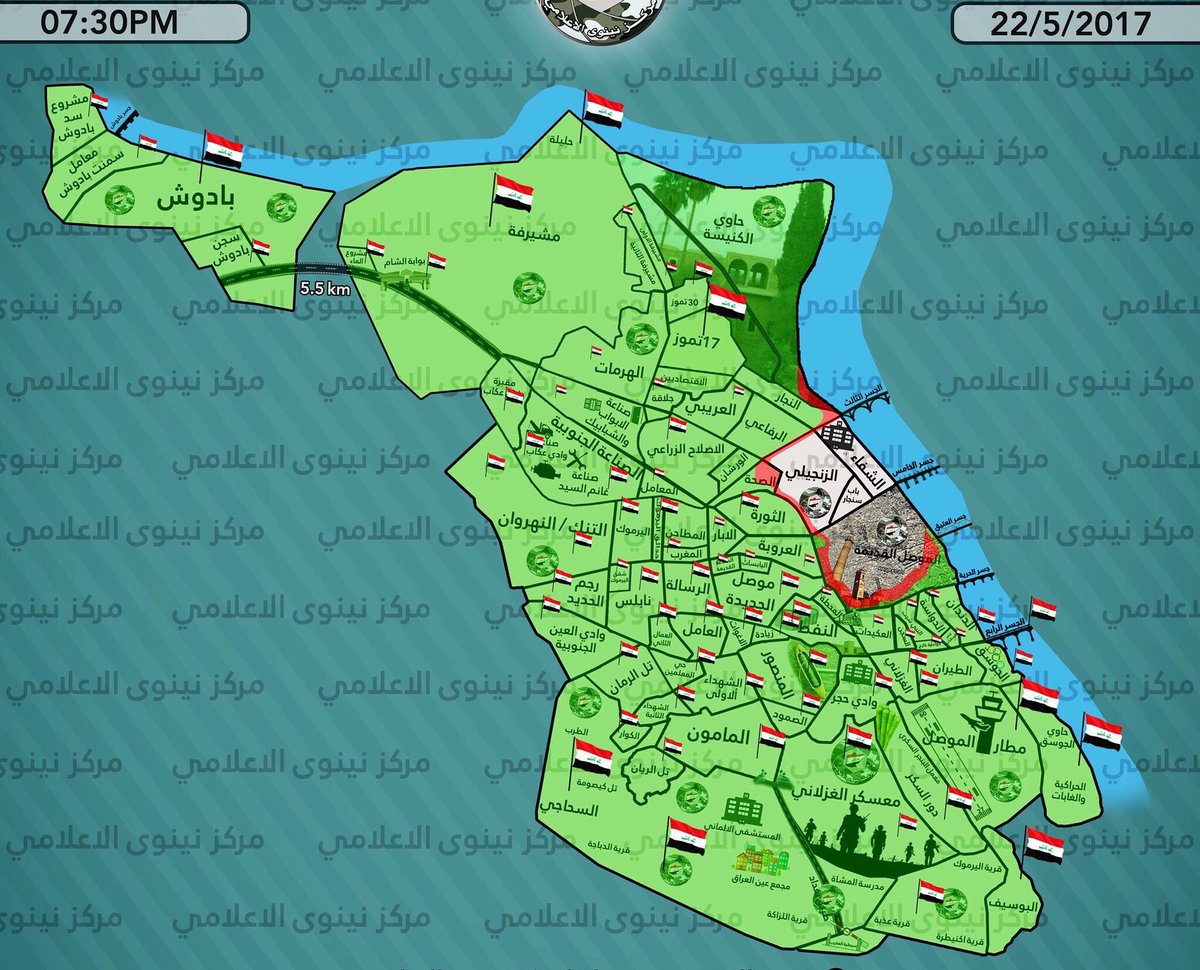