Joint Operations Command confirmed Tuesday that only 10% of the remaining areas of the right coast connector under the control of the organization Daesh, as indicated near the declaration of the final victory over the terrorist organization.

He said a spokesman for operations Brigadier General Yahya messenger, L / balance News /, “The right coast of Mosul was left to fully edited 10% of the areas controlled by the organization Daesh terrorist only,” noting that “the ratio is very few pieces in the process of editing.”

He said the messenger, that “military units continuous process of progress for the purpose of freeing the right areas of the coast of Mosul and cleared from the grip of the elements of the terrorist organization”, but he also said, “will not be long and will soon be fully edit and purge Mosul announcement from the grip of Daesh.”

This declared war media cell, Thursday (4/5/2017), the launch of the right edit north coast areas of operations of the city Almousel.anthy 29/6 n

Twilight News / Prime Minister and Commander of the Armed Forces Haider al-Abadi on Tuesday announced the launch of a military operation between the two regions in the provinces of Karbala, the Shiite majority, and the Anbar Sunni majority to eliminate cells to regulate Daesh active there.

Ebadi said in his weekly press conference, he said the armed forces launched a military operation between the areas of Rahhaliyah and Nukhayib, Msttrda by saying that the liberation of Nineveh province from the grip of the organization will be established for the Liberation Daesh Hawija (southwest of Kirkuk governorate).

Always mount attacks from the organization Daesh Nikhaib on the borders of the province of Karbala, one of the most important places in the various Shiite beliefs that it contains the shrines of Imam Hussein bin Abi Talib and his brother Abbas.

Confirmed Prime Minister Haider al-Abadi on Tuesday that political differences will help the enemy to carry out terrorist operations in Iraq, while the military announced the success of the plan in Ayman al-Mosul.

Ebadi said at a conference, attended / scales News /, “The political differences to help the enemy to carry out terrorist operations in the country,” stressing “the success of the military plan and humanitarian side carried out by security forces in various configurations in its different forms and Ayman al-Mosul”

He stressed that “intelligence capabilities in constant evolution to detect sleeper cells,” noting that “some published without confirmation of the validity of the information and promoting propaganda Daesh gangs in the media.”

He added that “there is a great effort on the level of security was foiled several kidnappings in time and raiding nests of crime,” referring to the “investigation into the allegations of the kidnappers belonging to this party or that faction.”

He explained Abadi, that “the government and part of its efforts to develop the economy and diversify sources of income and restore stability and the fight against corruption and to take advantage held several meetings with the Europeans officials and the envoy of the German Chancellor, who visited Baghdad this week, and discussed how to take advantage of the advanced international experience,” he said. “Focus on projects services such as water, sewer and stop wastage of money. ”

He noted, that “the government’s position of world oil prices proved to be a sound position and reflected positively on the stability of prices,” but he also said, “Today we renew our position with the extension of an output cut agreement by the Organization member states of the oil-exporting agreement OPEC and Iraq, a leading role in the organization.”

He criticized al-Abadi, “holding meetings on elections outside Iraq,” Msttrda “Why do they gather outside Iraq to protect international intelligence” .anthy 29/6 n

Mosul (IraqiNews.com) An Iraqi army official in Nineveh province has expected full liberation of the western side of Mosul by end of this week.

“Iraqi troops were able to retake most the regions and districts in western Mosul from Islamic State militants,” a commander in the Iraqi army told Sputnik on Tuesday, expecting the whole region to be freed by Friday.

In a statement earlier on Tuesday, Federal Police Chief Lt.Gen. Shaker Jawdat announced his troops are in control of 80 percent of Iqtisidayeen and 17 Tamuz (July 17th) districts, in addition to eight other pivotal targets that were previously retaken.

“The troops shelled IS defenses as well as their headquarters in north of the Old City and killed dozens of the militants. Fifteen square km were freed, 168 booby-trapped vehicles were destroyed, 200 landmines were removed while 24 bombs were defused,” he added.

“Six families detained by IS in 17 Tamuz were freed. They were kept for several days inside one of the houses with the doors locked and the house booby-trapped to prevent them escape,” he added.

“The total number of families evacuated from battlefields have reached 850 so far since the start of the last phase of military operations in western Mosul on May 6,” Jawdat said.

In a press conference, the Joint Operations Command declared on Tuesday controlling 89.5 percent of western Mosul and killing 16,467 members of Islamic State since beginning of operations in western Mosul. 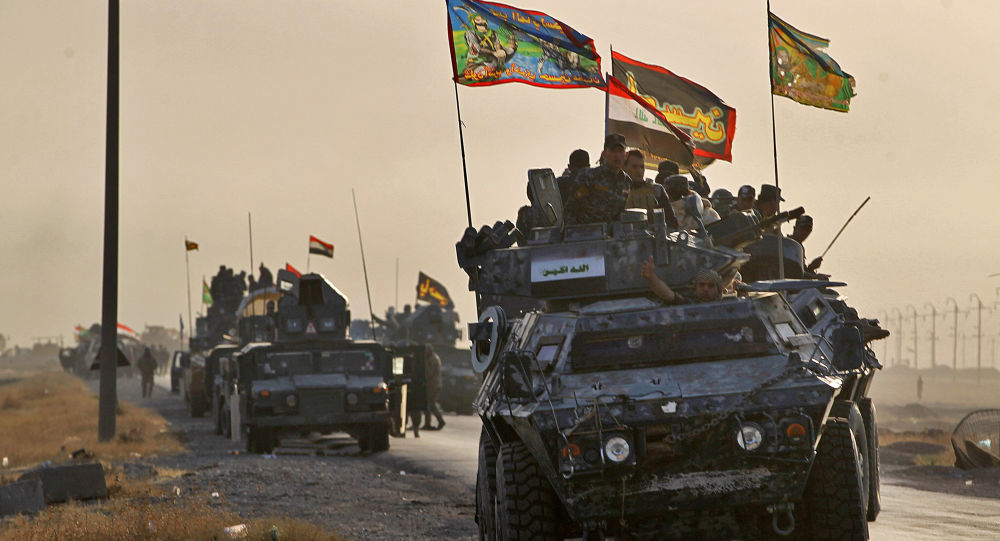 The Joint Operations Command of the Iraqi Army announced the liberation of about 90 percent of the area west of the city of Mosul, the center of the province of Nineveh, northern Iraq, while a military commander expected to complete the liberation of the region, on Friday.

For his part, likely the Iraqi military commander to announce the Iraqi army to liberate the entire area west of the city of Mosul from the control of the organization, “Daash” terrorist, on Friday.

“The Iraqi forces have managed to recover most of the neighborhoods and areas of the right coast of Mosul from the terrorist organization, and expected a full liberation of the region on Friday,” the commander told an Iraqi army unit in Nineveh. 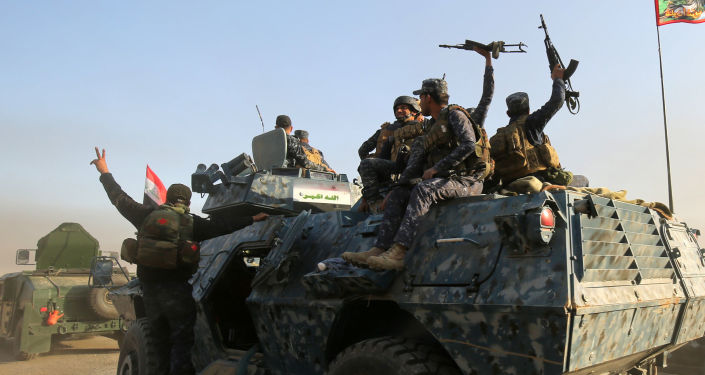 Earlier on Tuesday, Iraqi police announced that their forces “liberated about 80 percent of the economists’ neighborhoods and on July 17, west of Mosul.”

The commander of the federal police, Major Raed Shaker Jawdat, said in a statement that his forces “started shelling the defenses of the militants” organization “and their headquarters in the north of the old city, killing dozens of militants organization, and liberated 15 km 2, and destroy 168 wheel bombs, and remove 200 traps and landmine, And the dismantling of 24 building mined “.

Iraqi forces continue to advance towards the liberation of western Mosul since the commander of the armed forces announced the Iraqi Prime Minister Haider Abadi on February 19, the launch of the liberation of the right coast of the city of Mosul (western part), after being able to liberate the left side with The end of last January of the control of “dashing”.

The military operations, backed by the army and the international coalition, are continuing to restore the entire province of Nineveh, northern Iraq, from the grip of the terrorist organization since Ebadi announced on the morning of October 17, 2016, “zero hour” for the liberation of Nineveh.

{Baghdad: Euphrates News} closed social networking site “Twitter” A 600 account belonging to the terrorist gangs Daesh.
Said George Salameh, Head of Public Policy and Government Relations Department in Twitter Middle East, at the International Conference to criminalize cyber terrorism in Abu Dhabi, said that Twitter welcomes cooperation with States and those involved in combating terrorism.
And reviewed the safety data indicating that 62 percent of Twitter users in the stage of youth from 14 to 34 years, and 80 percent of users outside the United States, an increase of 9 million user Hehria.anthy
http://alforatnews.com/modules/news/article.php?storyid=142737

BREAKING: Reports that #Iraq‘s forces launched the process of storming the Najjar district in western #Mosul. Da’ish defences being tested. 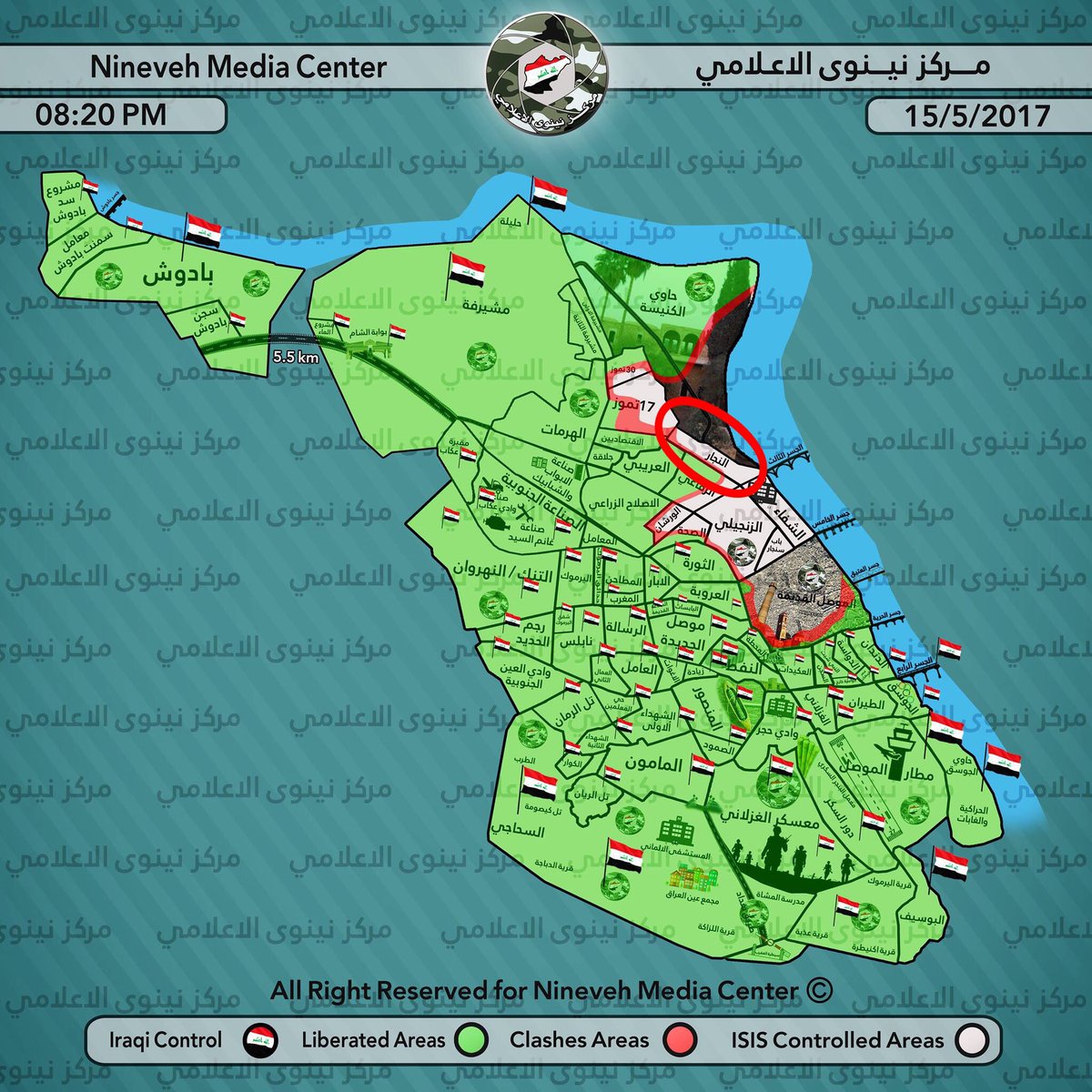 {Baghdad: Euphrates News} Search for a consultative meeting between the three presidencies and the leaders of political blocs in the presence of the President of the National Alliance, Mr. Ammar al-Hakim to create the forthcoming election requirements.
According to a presidential statement , the agency {Euphrates News} received acopy of it today that he “was at the Peace Palace in Baghdad Monday evening, a consultative meeting between the three presidents and leaders of a number of political blocs to discuss political and security developments as well as regional and international developments.
” The meeting was attended by President Fuad Masum , and Prime Minister Dr.Haider al – Abadi, and House Speaker Salim al – Jubouri, and Vice – President Nuri al – Maliki, and Deputy Speaker of the House of Aram Sheikh Mohammed, and secretary of the Political Bureau of the Kurdistan Democratic Party Fadhil Mirani, and a member of the political bureau of the Patriotic Union of Kurdistan , Adnan Mufti, the head of the Arab coalition , Saleh al – Mutlaq. ”
The statement continued “while alive , the meeting victories achieved by our armed forces on Daesh terrorist gangs in the battle to liberate Mosul, focused on the need to move forward to create laws and requirements to hold the upcoming elections as well as to accelerate the completion of the process of selecting the Supreme Council of the Commission elected V, the legislation and the Federal Service “Federal Court Rules.
The meeting stressed , according to the statement to provide full support to thegovernment in its proceedings against any violation of the rule of law.”
The meeting also discussed ways to accelerate the return of displaced persons, and to continue initiatives to achieve community reconciliation and work to strengthen Iraq ‘s position on the regional level and Ata.anthy
http://alforatnews.com/modules/news/article.php?storyid=142735

Baghdad:
Confirmed the Iraqi private banks association, said Tuesday that the banking sector has a major role in the rebuilding process of the liberated areas.
The representative of the Iraqi Association of private banks in the Kurdistan region Shirvan Anwar in his speech during the second exhibition for the reconstruction of the liberated areas in Arbil, attended by “Economy News”, “has the banking sector, the major role in rebuilding the liberated areas of the process,” adding that “the conference It is a valuable opportunity to invest and develop a program of work and transform the ideas put forward to something concrete on the ground and to begin to work and benefit from the expertise of international companies and build confidence among investors. “
He said Anwar, he “must provide job opportunities for unemployed youth and the Iraqi Central Bank initiated through the launch of medium-sized and micro-credit project.”
Anwar expressed great hope that “the exhibition to contribute more financial support by States and international bodies and organizations, especially since the Iraqi people are paying the blood of his sons in every day and constitutes a shield terrorism, particularly on behalf of the countries of the world.” 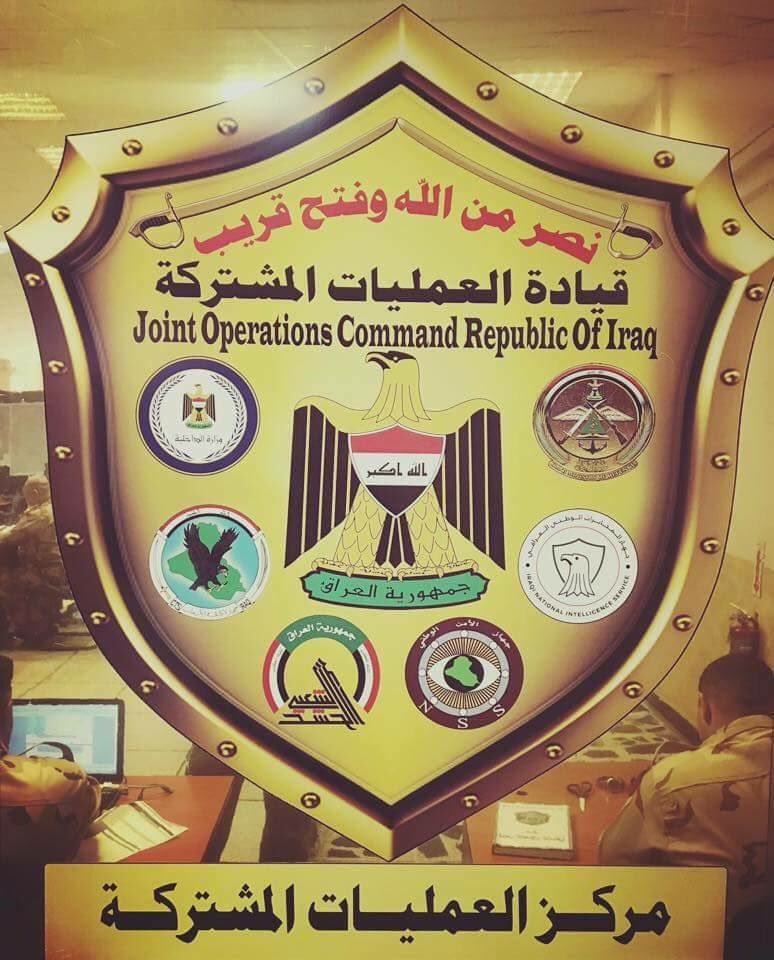