Supreme religious authority, the Office issued a forward Mr. Ali al-Sistani, on Friday, Amsakah expected for the month of Ramadan.

The final is expected Alamsakah to be on Saturday, 27 of the month of May this is the first day of the holy month of Ramadan.

Often calls the supreme authority of the Office to monitor Muslims for the month of Ramadan a day before the end of the month of Shaaban, and if his vision is the first identification of the holy month, and otherwise have to complete several Shaaban Almazm.anthy 29/9 P

ERBIL— Officials from the Shi’ite Popular Mobilization Forces (Hashd al-Shaabi) cannot stand for the general elections in Iraq under regulations by the ministries of interior and defense, said the spokesperson for the forces.

On Friday Ahmad al-Asadi told a press conference in Karbala that as part of the Iraqi armed forces, Hashd forces should also observe the military regulations which ban their nomination in general elections as long as they have not resigned from their military positions. .

He also warned against exploiting Hashd forces for the elections campaign. 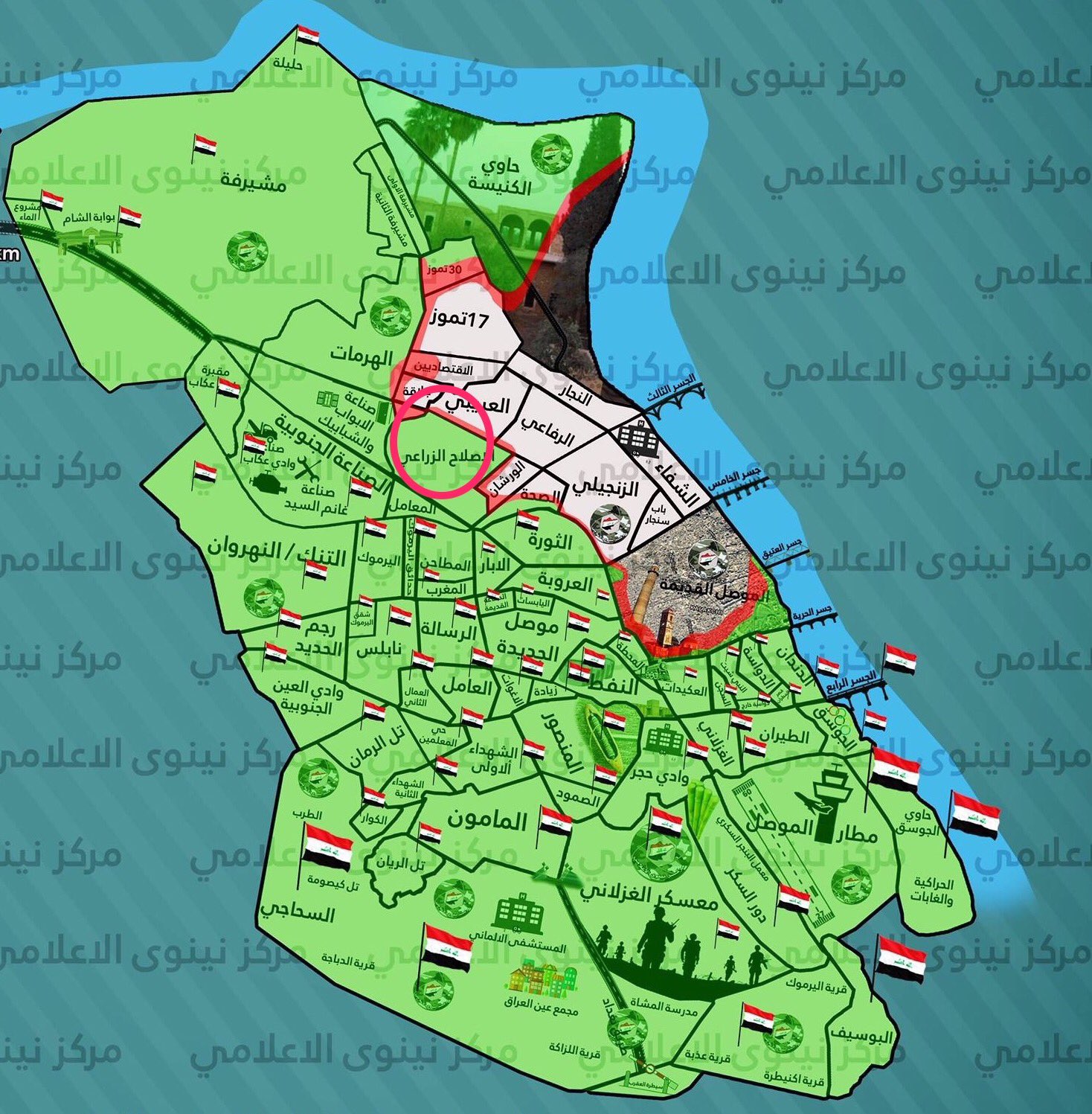 Twilight News / announced Vice President Osama Najafi, on Friday, the establishment of a new party as “united Iraq,” he said he would work to “save the country” in cooperation with the other forces.

He said Najafi, who is also leader of the united coalition, told a news conference in Erbil, said that “the party has been established for Iraq are united in order to save the country in cooperation with the major political forces.”

He pointed out that “there are many offers from political parties for an alliance with them ahead of the elections,” noting that the new party as a “big block represents a broad spectrum of political blocs agree with our vision.”

He called Nujaifi converts the provinces into regions, noting that “all the political options that are consistent with the Iraqi constitution must be respected, and the formation of regions and the constitutional right to claim its formation full legal and constitutional issue.”

He pointed out that he did not call days to form a Sunni province.

And on the military campaign against Daesh and stages after regulation, Najafi said that “the army will return to the camps after the liberation of Nineveh and the forces that have contributed to the liberation will return to their bases, which holds the land are the sons of Nineveh from the local police and the crowds.” Stressing that “Nineveh will be, however, their children will not be stabilized unless managed by their children, and this is a natural right.”

And between Nujaifi, that “following the liberation of Mosul and the expulsion of terrorism an important and complex stage need to reach understandings, management and reconstruction and curb unruly militias and uncover the fate of the detainees, and those things, the government is unable to it.”

Sources confirmed that the island that Washington has provided a new batch of weapons to the units of protection of the Kurdish people in northern Syria, said a Kurdish leader that the attack on tenderness is imminent, at a time when Turkish President Recep Tayyip Erdogan that the American arming of the Kurds is contrary to the nature of relations with Washington.

Sources said the island on Friday that a batch of US weapons reached the control areas of the protection units of the people coming from Erbil airport through the border crossing Simalka with the Kurdistan region of Iraq, which include Hummer vehicles and heavy weapons.

The deputy commander-in-chief of the Syrian Democratic Forces, Kahraman Hassan, announced that the process of restoring the city of Raqqa from the organization of the Islamic state will begin next summer, adding that its constituent forces mainly from the Kurdish People’s Protection Units do not need assistance from any side.

He said that his forces were able to restore the city of the class and fill the Euphrates fully on the tenth of this month, saying that Turkey is not satisfied with this development and trying to paste the charge of terrorism with Kurdish forces.

For his part, the leader of the Syrian Democratic Forces, Abdul Qader Hafidli said that at the beginning of the entry of the tenderness of course there will be, of course, as promised by the international coalition led by Washington, additional batches of arms and armored vehicles.

{Baghdad: Euphrates News} received the President Fuad Masum, an invitation from the king of Saudi Arabia Salman bin Abdul-Aziz Al-Saud, to attend an Islamic – Arab-American summit scheduled for the end of this month.
The presidential that infallible Statement by the President “received at the Peace Palace yesterday, the acting Saudi embassy in Baghdad , Abdul – Aziz al- Shammari , who conveyed to him an official invitation from King Salman to attend the Islamic Arab-American summit meeting scheduled to be held in the atheist and the twentieth of this month in Riyadh.”
The call states , according to the statement mentioned that the summit “aims to establish a serious partnership to confront extremism and terrorism and promote tolerance and coexistence and to promote security, stability and cooperation values of service for the present and the future of our peoples” .anthy

[Oan- Baghdad]
security forces liberated, the second Hermat district of the right side of the city of Mosul Daesh terrorist gangs.
According to a statement of the cell media war received by all of Iraq [where] a copy of it, that “the pieces of the Federal Police of Force rapid reaction and army troops of Brigade armadillos 34 Armored Division IX Brigade 73 of the Fifteenth Infantry Division liberated the second district Hermat and perpetuate contact with economists neighborhood Tablet July 17 on the right coast of the city of Mosul. ”
http://www.alliraqnews.com/modules/news/article.php?storyid=61816