Twilight News / Kurdish media revealed on Tuesday unveiled a letter sent former President of the Republic and the leader of the Patriotic Union of Kurdistan, Jalal Talabani, to the President of the Kurdistan Region Masoud Barzani.

Talabani stressed in the letter that he will remain in peace and harmony with Barzani family as long as he is alive.

The letter by Talabani, on 19 August 2012, when he held office as President of the Republic of Iraq and face to the President of the Kurdistan region, Massoud Barzani, “My dear, that the last decision of my life as long as I live to be in peace and harmony with Barzani family and a friend and companion in the struggle, and will not Allow sabotaging this relationship in any way. “

Talabani said, “When you listen to your words, I tell my friends if Kak Massoud announced the cancellation of the strategic agreement, I am I will announce renewal and work on strengthening, and if we closed the door Fsnzhb him through the window.”

Ebadi said in his weekly press conference, “We started clearing operations and wide north and south of wetlands spend”, past to say “we have developed an integrated plan for securing the Iraqi-Syrian border.”

He said Haider Abadi, move the government to lift security barriers from the streets of the capital, while noting the distribution of entitlements of the farmers next week.

Ebadi said at the weekly press conference held by Baghdad and I followed / scales News /, that “the government by reducing past security checkpoints in the streets of the capital Baghdad,” adding that “the government is determined to proceed with the project reconstruction and maintenance of roads.”

Abadi stressed the need to “confront extremist ideas which negatively affect the peaceful security in society.”

Abadi said, “we managed to destroy Daesh capabilities in Western Sahara, the quality of operations,” adding that “all military plans purely Iraqi and they are placed in Iraq.”

It is noteworthy that the face of al-Abadi, on Thursday (May 4, 2017), by sending more military forces to the Iraqi border Alsorah.anthy 29 / m h n

Its official @FIFAcom have lifted the ban on #Iraq stadiums , Iraq can host international games for the first since 2003. I am in tears. 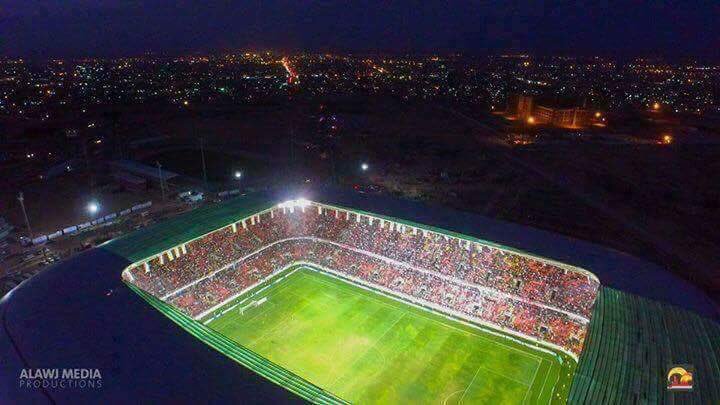 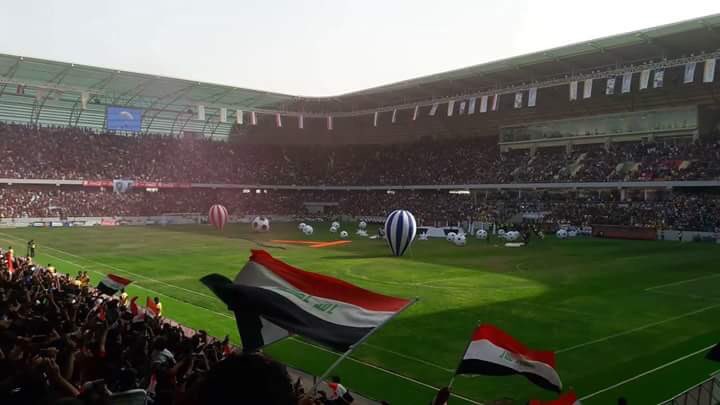 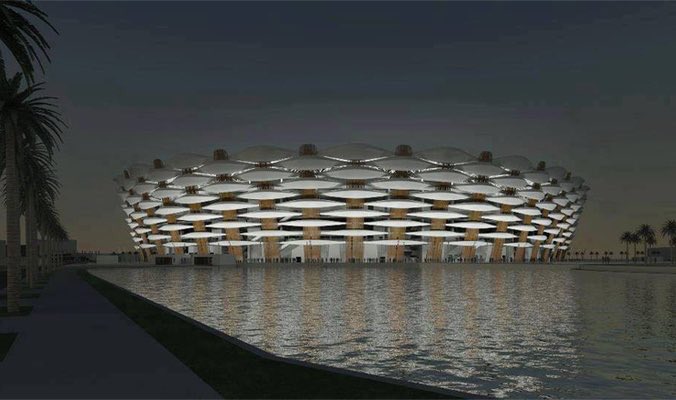 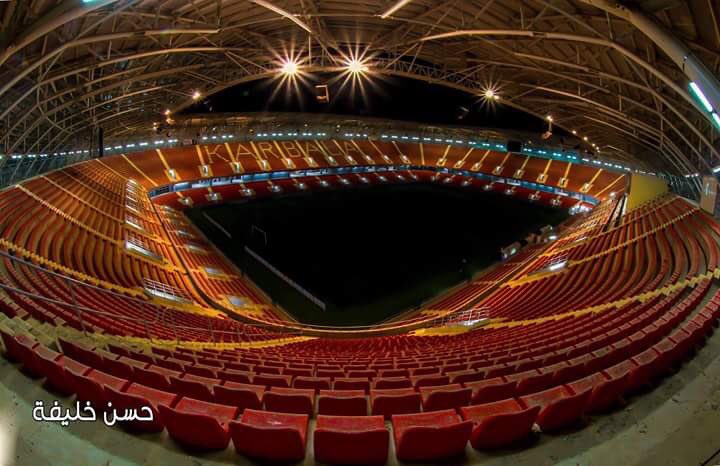 Kurdistan Regional Government expressed its willingness to hold intensive talks on all levels with the central government in Baghdad in order to address the outstanding problems between the two sides.

Where the two sides discussed the latest developments in the political, economic and military developments, particularly in relation to the war on the organization Daesh, as well as to discuss military plans for the reorganization of the military restructuring of the Peshmerga forces to form a unified regular force professional in the Kurdistan region.

The statement quoted the head of the Kurdistan Regional Government as saying that the region is ready to engage in intensive negotiations at all levels of the central government with the aim of finding an urgent and effective solutions to all outstanding problems between the two sides.

On the future of the city of Mosul after liberation, the President of the Government of the Territory stressed the need for a court management plan for the city between coexisting components together, so as to restore confidence among all local parties, praising the role of the coalition countries against the organization Daesh in the provision of humanitarian and military aid to the Kurdistan region, which has become shelter hundreds of thousands of displaced Iraqis and Syrians refugees in nearly three years.

The fundamental differences have surfaced since the 2007 oil file while the Kurdistan Regional Government, headed by Nechirvan Barzani began to extract this wealth from the wells of Kurdistan unilaterally and adopt an independent export policy of the federal government fields, bringing relations to great tension after the central government of Prime Minister Nuri al-Maliki blocked the share Territory of the federal budget in 2012, and since then threaten the Kurdish leadership to conduct a popular referendum for independence from Iraq.

Beckett also stressed the need to normalize the situation and draw a political map with the participation of all political parties in the region in parallel with military operations that take place now to restore all under the control of the organization Daesh areas.

Twilight News / US President is expected to Donald Trump holds during his visit to Saudi Arabia this month, economic surprises, amid expectations of agreement on investments and huge projects cost up to $ 200 billion.
And formed the huge value of direct investments expected and indirect over the next four years, within one of the important stages in the implementation of “Vision Saudi Arabia 2030” to diversify the economy and freed from dependence on oil revenues, and this will provide important opportunities for Saudi economic and investment cooperation with the United States.

Analysts believe that Trump will pay special attention to the retail sector in Saudi Arabia after Riyadh announced a fully open to foreign investors, and will carry a significant economic surprises in various areas of investment are not particularly ones.

In an unconventional move for the rulers of the White House, Trump decided that the first foreign visit to be Saudi Arabia, describing them as “historic.”

The aides said the US president, that this decision reflects the efforts to try to restore relations with the Muslim world.

It is expected that the two sides will hold talks on oil prices, as well as to discuss the IPO shares of the Saudi Company “Aramco”, hoping that Trump ‘s management supports the IPO of Saudi, and reshaping the economic and trade relations so as to facilitate trade between America and the Gulf.

For his part, he said the Saudi foreign minister, Adel al – Jubeir, the former, said that his country ‘s strong economic partner of the United States and the largest oil exporter, and most investors in the world, describing Trump ‘s visit to the Kingdom as a “historic by all standards.”

Ministry of Finance announced on Tuesday, for discussion of the federal state budget strategy, as showed that the adoption of oil alone “sends messages is reassuring.”
He said Finance Minister Abdul Razzaq al-Essa said in a statement obtained “Economy News” a copy of it, “the ministry discussed the federal state budget strategy in the presence of representatives of the ministries and a number of members of the House of Representatives,” noting that he “discussed the priorities that represent the line to proceed in shaping the federal budget in the light of the economic and financial potential of the state. “
He added Alissa, that “the adoption of oil alone resource sends messages and indicators of non-reassuring economic level,” asserting that “the rise in oil prices entails a rise in the level of government spending.”
He continued Alissa, that “coordination with international financial organizations in this area develop important steps in the path of modernization of financial systems that impose a complete shift to sophisticated electronic financial management system down and to achieve a high level of transparency that ensures surround the effects of corruption in the joints responsible for economic and financial profile of the country “.
He urged Al-Issa, state ministries and institutions of all the “roadmap according to the order of expenditure for the urgent need and adjust their revenues so as to achieve a sufficient amount of treatment for any deficit ratio that may arise on the federal budget.”
http://economy-news.net/content.php?id=7448

Abu Dhabi Islamic Bank (ADIB) has taken control of the currency auction and over the past four days has raised $ 58.3 million, according to data released by the central bank.

Foreign banks have taken the biggest share of the currency sale window over the past few days. The Abu Dhabi Islamic Bank has spent $ 58.3 million out of Iraq over the past four days, according to data published by the Central Bank on its website on the results of the sale window.

A number of bankers have pointed to the need to develop more transparent criteria to determine the reasons for the acquisition of foreign banks to the largest shares. This reveals a privileged treatment unfairly, given to branches of foreign banks operating in Iraq in the currency auction market at the expense of national banks.

The branches of foreign banks get abnormal privileges as they enjoy advantages within the currency auction market, without the capital of their branches in Iraq, except the proportion of three and a half percent of the capital of Iraqi national banks, as the National Bank of the local binding capital of 250 billion dinars, More than two hundred million dollars, while the capital of branches of foreign banks is seven million dollars and does not do the lending and credit and does not provide facilities for Iraqi companies and local citizens, despite the fact that they enjoy abundant shares within the auction