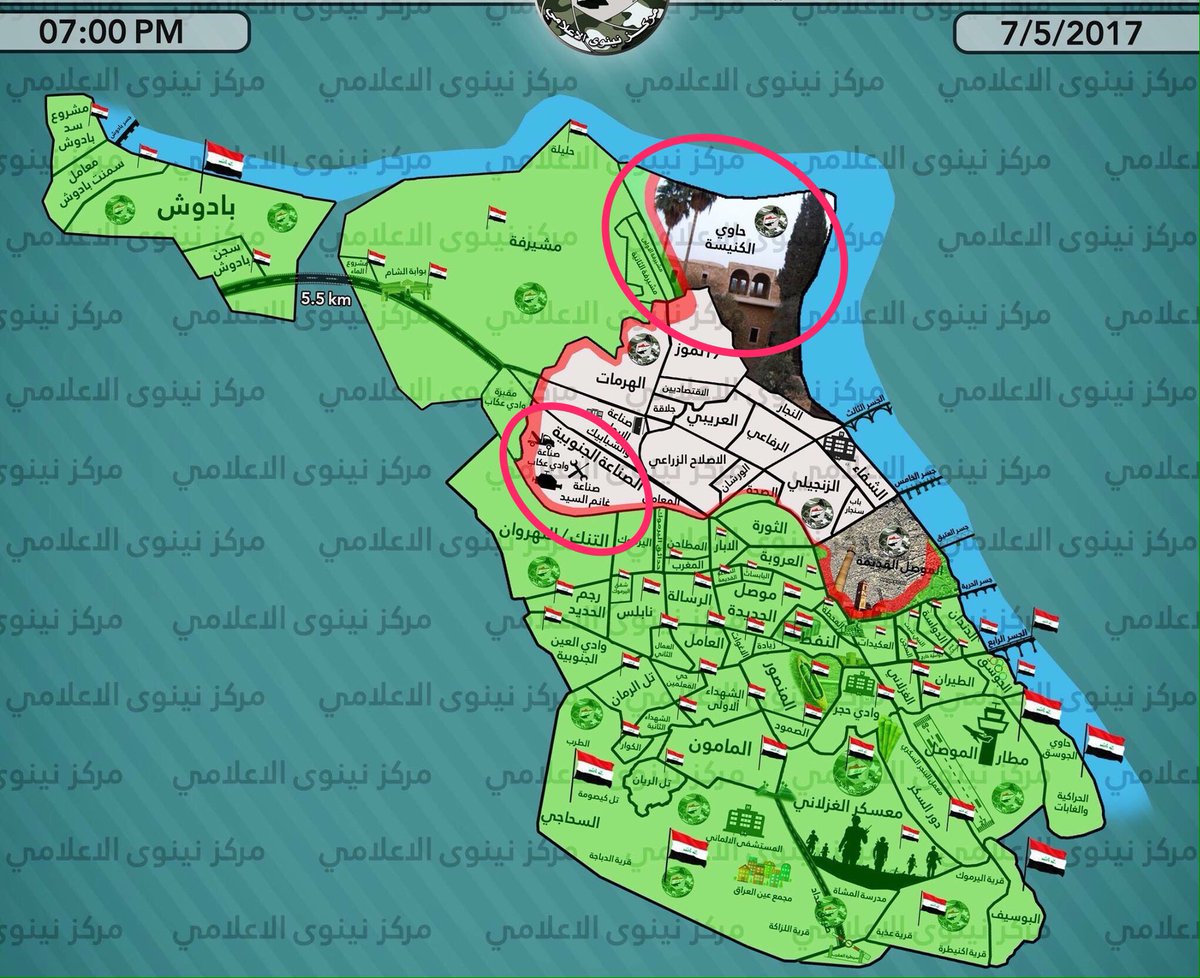 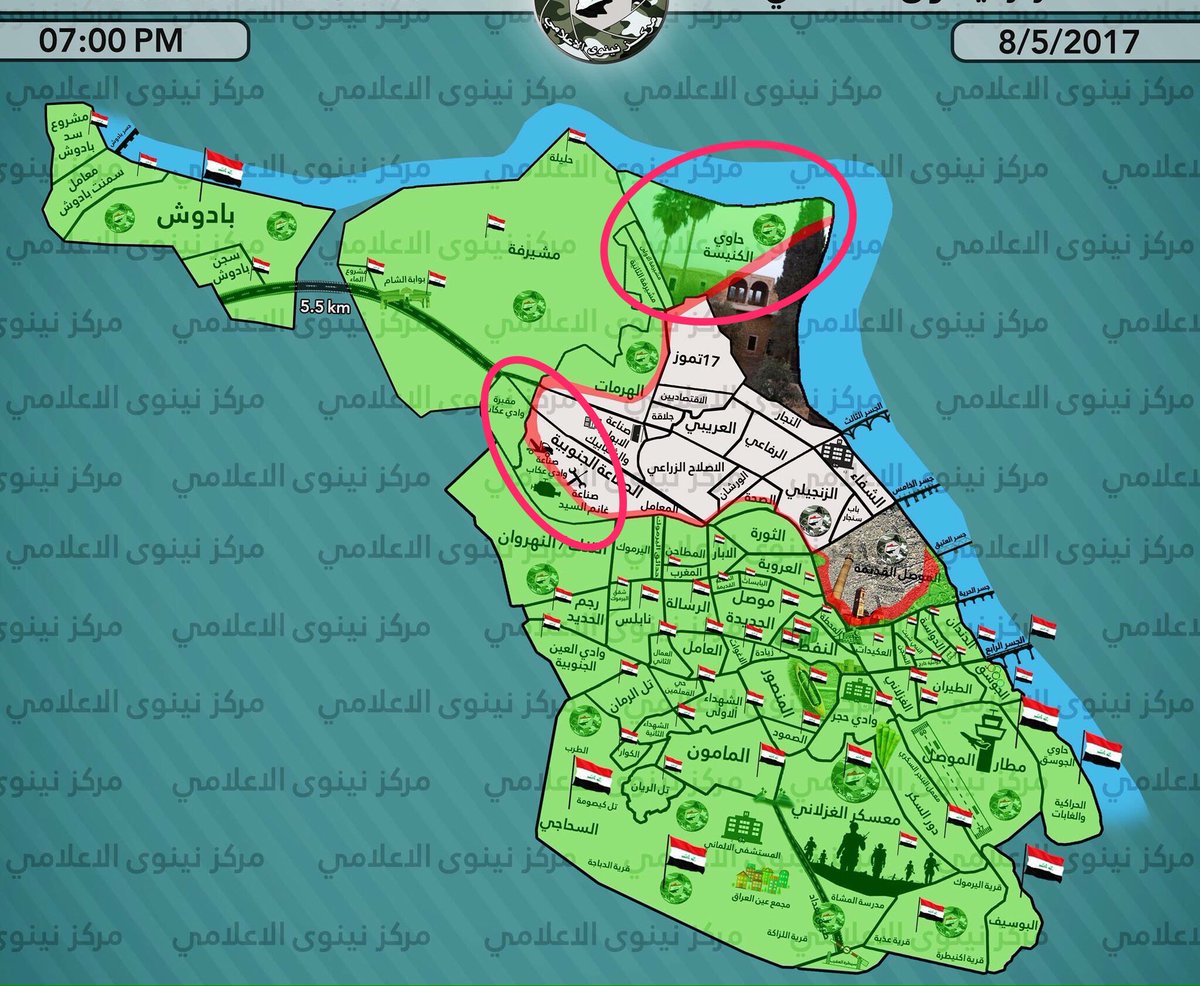 Twilight News / said the defense of freedom of the press in Iraq Association The guards of Prime Minister Haider al-Abadi, prevented journalists in Karbala on Monday to cover his visit to the province.

According to the statement of the Society responded to Twilight News, the journalists there were “registered the case of attacking the lifting of the vote and the withdrawal of one of the photographers and prevent him from entering the housing area during a meeting between the prime minister and the leader of Sadr Muqtada al-Sadr, a photographer satellite Rudaw colleague Ali Awsi.”

The Assembly also reported that journalists in the province of Karbala expressed their disgust and surprise by what they called “selective” leadership of the operations of the Middle Euphrates certain media to cover the conference of the Prime Minister in the Operations Command headquarters, preventing dozens of channels and means of media to include a call for views only window.

Assembly quoted correspondent my channel in Karbala, Abdul Amir al-Kanani, displeasure “of the duplication in dealing with satellite channels because the leaders of the operations of the Middle Euphrates for the second time did not notify a group of channels are limited to the Iraqi official channel and this is contrary to the country’s Constitution, which provides for freedom of expression and guarantees freedom journalistic work. “

The association said, quoting reporters, “The Director of Information Operations Command for the second time in a row, and despite the Report Office of the Prime Minister Haider al-Abadi to enter the media conference, but the media manager has shut down his phone and left Alaalamin the middle of the street for an hour and a half.”

The Assembly considered to prevent journalists from covering a comprehensive security conference “violation of the law, especially since the city of Karbala, and over the whole month has seen a range of crimes and armed robbery in the city and robberies against journalists, most recently a murder against the young Hussein Mazen, who said Abadi, through the visit, he watched closely “.

The Assembly condemned the prevention of coverage of journalists, noting that “the protection of al-Abadi prevented journalists anywhere Aisalouna, and the prevention process and the fifth insult Augeunha press family, without question them the prime minister, who has promised several times to open an investigation of the incident.”

The Assembly considered the prevention of coverage, whether due to poor coordination or persistently and mean, is “a flagrant violation of the Constitution guarantees the freedom of journalistic work.”

BAGHDAD / The United Nations announced on Monday that the government of Japan will provide US $ 16.7 million for the Stabilization Financing Project and UNDP’s “Crisis Response and Capacity-Building to Meet in Iraq” program. “Japan’s contribution is aimed at promoting the restoration of stability, recovery and capacity-building to cope with crises in areas liberated from the control of the Al-Qaeda organization in Iraq and the Levant, and others involving large numbers of displaced persons,” UNAMI said in a statement. “With this new amount, Japan’s total contribution to the Stabilization Financing Project and the Crisis Response Program are almost $ 60 million since 2014.” The Stabilization Project, according to priorities set by the Government of Iraq and local authorities, Providing grants to small enterprises, strengthening the capacities of local governments, promoting civic action and community reconciliation, as well as providing short-term employment opportunities through public works programs. “ “The additional Japanese contribution will help the Stabilization Project to accelerate the rehabilitation of key infrastructure and support livelihoods in newly liberated areas, including Mosul,” he said. The contribution will help the Crisis Response Program to provide cash grants to small enterprises, support employment activities, and rehabilitate infrastructure and housing in newly liberated areas with large numbers of displaced persons. The “crisis response” program will also use this funding to support community reconciliation and a culture of peace among different ethnic and religious groups.“Assisting in the stabilization of cities and districts is one of the most important activities of the United Nations Development Program (UNDP) in Iraq,” said Liz Grande, UNDP Resident Representative for Iraq. Most of Mosul has been liberated and the rest will be released soon. We are working quickly to repair public infrastructure, but the demand is huge. The Japanese contribution helps us to expand our work quickly. This will have a big impact. “ Japan’s ambassador to Iraq, Fumio Iwai, said, “Japan has been working closely with the United Nations Development Program (UNDP) since the early stages of the liberation process from the control of the Da’ash organization in Iraq and Syria.” UNDP initiatives to accelerate stability and improve capacity-building in crisis areas in newly liberated areas are essential for those affected by the current crisis in Iraq to regain their original living conditions. We spare no effort to help the Iraqi people build a better future. “The Stabilization Project, launched in June 2015, operates in newly liberated areas of Anbar, Salahaddin, Ninewa and Diyala provinces. More than 700 projects are completed or under construction in 22 locations. Since the beginning of the crisis, more than 1.6 million people have returned home. Through the Crisis Response and Capacity-Building Program in Iraq, UNDP provides rapid support to vulnerable families in newly liberated cities and villages that threaten social cohesion and social cohesion. The program is designed to build resilience to and recover from crises by helping families withstand multidimensional shocks associated with post-liberation and large-scale returns. 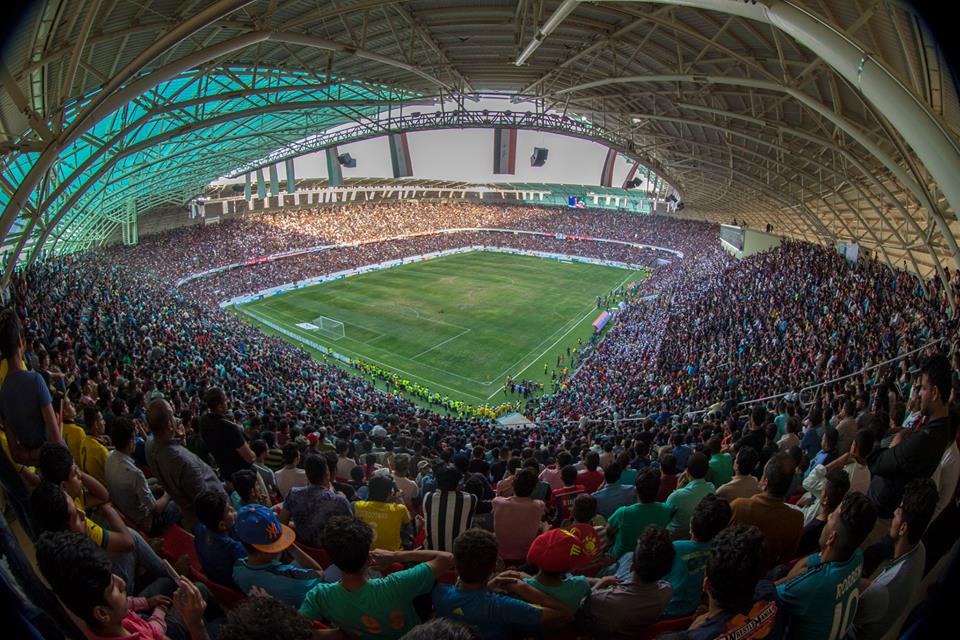 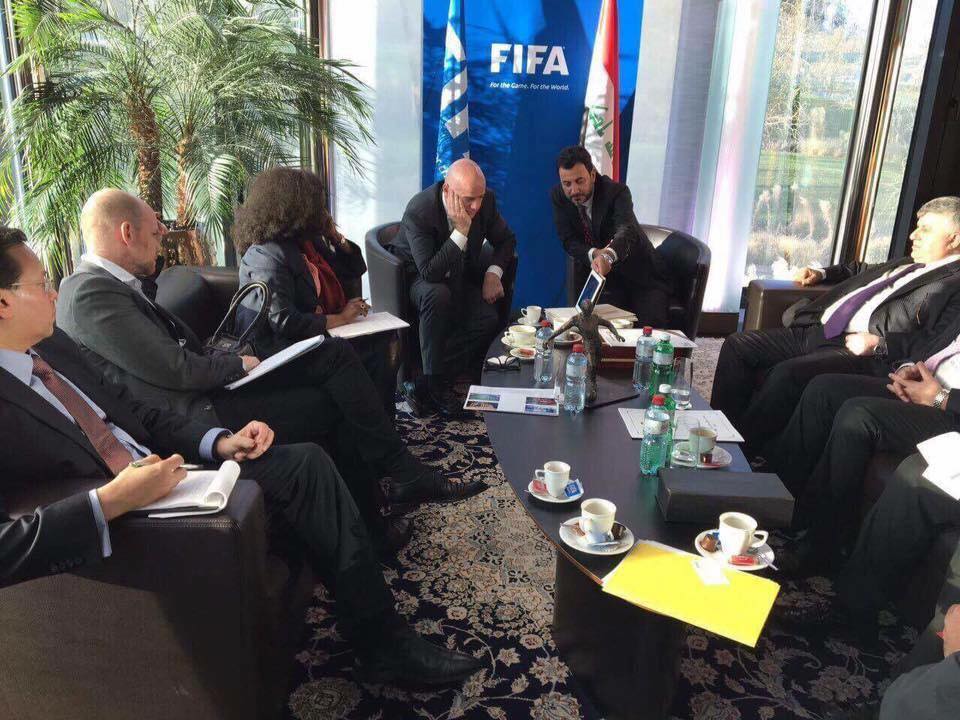 The House of Representatives will host its 32nd session in the second legislative term for the third year, tomorrow the head of the Financial Control Bureau will also discuss granting the employee a long regular leave.

A parliamentary source said that ‘the House of Representatives will host in its meeting tomorrow the head of the Office of Financial Supervision to answer the oral questions provided by MPs Mishaan Jubouri and Abdul Qahar Samarrai’.

He added ‘as the parliament will discuss in its meeting tomorrow the law granting the employee a long habitual leave and address the conditions of contractors’.

The Islamic Dawa Party led by Iraqi Vice President Nuri al-Maliki said on Monday that the meeting of Prime Minister Haider al-Abadi, the leader of the Sadrist movement, Muqtada al-Sadr in Karbala, will include discussion of the files of the Electoral Commission and the relationship of the National Alliance government and the situation is encouraging, noting the existence of information on the arrival of the leader of the National Alliance Ammar al-Hakim to participate in the meeting. “

He stressed the leadership of the party on the links to the “Journal News”, the importance of the political partners to discuss the administration of the country after the completion of a leaflet.

He added that “the most important files that will be discussed during the meeting is the file of the Electoral Commission and how to deal with them during the next phase, as well as examining the law, which should be followed and put in parliament, as well as the country’s basic and regional issues that require discussion.” “The meeting will not include Sadr’s relationship with al-Maliki or any rapprochement between them at this time,” he said.

Karbala province, in the sixth of March of 2016, held an important meeting of the National Alliance attended by Prime Minister Haider al-Abadi, former National Alliance leader Ibrahim al-Jaafari along with the leader of the Sadrist movement Moqtada al-Sadr and the head of the Supreme Islamic Council Ammar al-Hakim. The presence of Raim coalition of state law Nuri al – Maliki.

The Popular People’s Assembly has announced the number of liberated villages and terrorists killed in the urban operations block southwest of Mosul.

“Forty-four villages in al-Hadar district, southwest of Mosul, have been liberated as well as the control of 11 tunnels used by them to move between their command and control headquarters in the advanced lines,” spokesman Ahmed al-Asadi told a news conference on Monday.

“The loss of a terrorist organization in the western axis of Nineveh during the past 30 days was the death of 725 da’is, including 136 suicide bombers and 8 prominent leaders, 235 explosive devices, the dismantling of 12 booby-trapped houses, 30 explosive belts and the downing of five aircraft.” 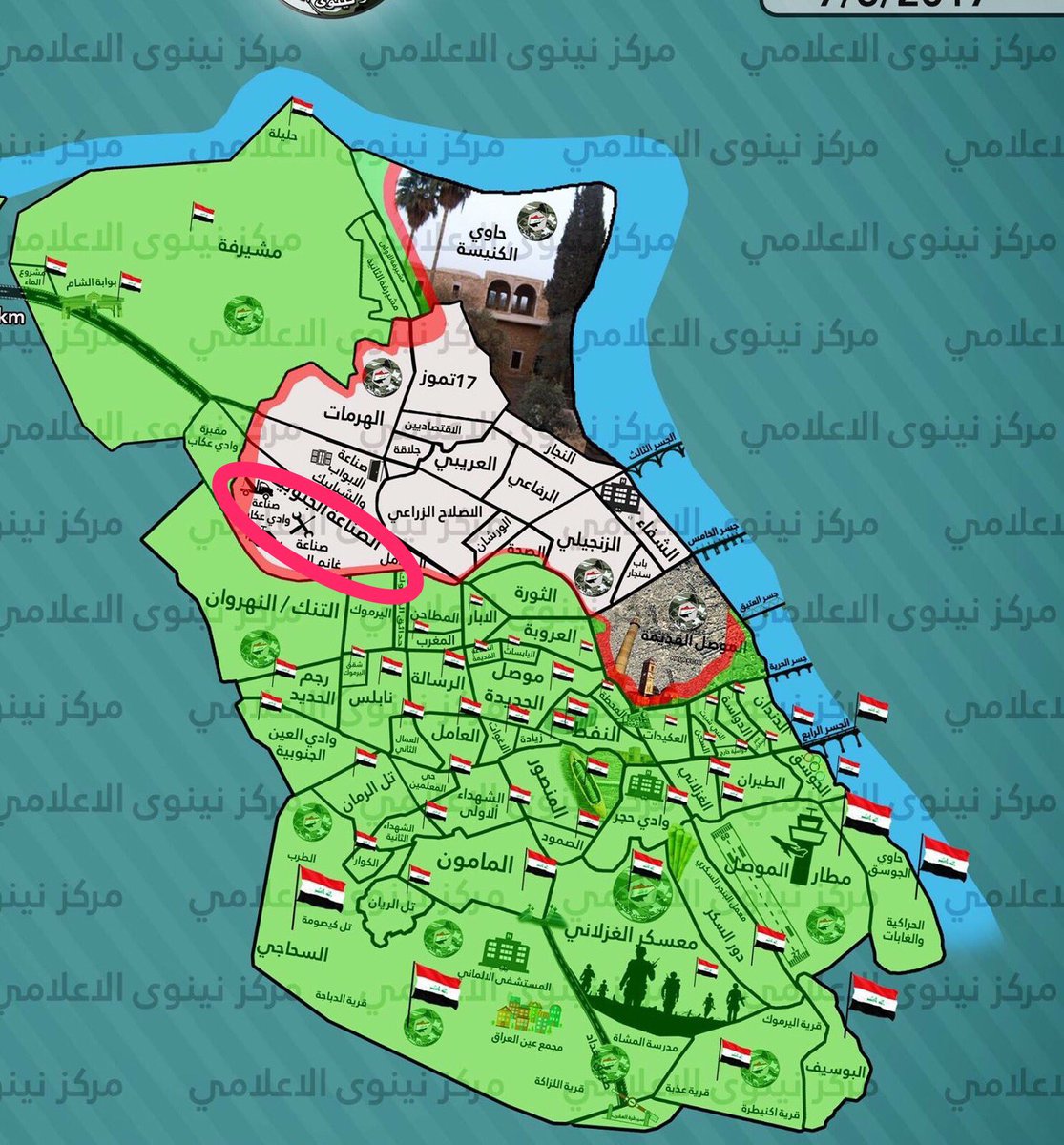 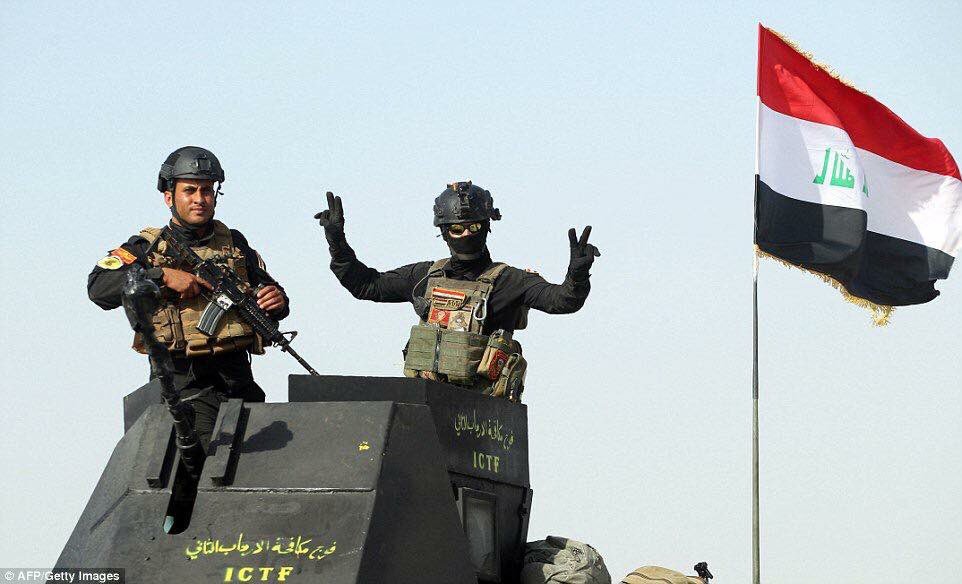 [Where-Baghdad]
anti – terrorism forces liberated the industrial valley and industrial Ekab Mr. Ghanem on the right side of the city of Mosul.
A statement of the cell media war received by all of Iraq [where] a copy of it today from the commander of the coming operations Aaninoy Lt. Gen. Abdul Amir Rashid Aarallah said that the “anti-terrorism forces liberated the industrial valley Ekab industrial Ghanem Mr. on the right coast of the city of Mosul and raised the flag in which after the incurrence enemy loss of life and equipment. “
http://www.alliraqnews.com/modules/news/article.php?storyid=61638